Made-to-Order Shopping Could Be the Future of Sustainable Fashion

Get to know the movement for slower, smaller, more inclusive fashion. 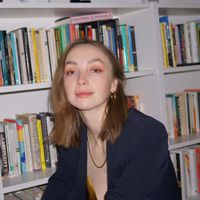 The house of sustainable fashion has many rooms. There’s the glaring problem of overconsumption, also known as the room for shopping the closet you already own. There’s the room of materials made of recycled water bottles or with less water, painted green for eco-conscious efforts, but often, furnished in lofty ideals. There’s the room of secondhand shopping, which has seen a drastic upgrade in its rise to popularity. No longer just for the high schooler with free time, the secondhand market is projected to be worth $77B in the next five years. And then there’s the room of made-to-measure clothing and its elusive promise to reduce waste based on the notion of making clothes the way it’s always been done—based on orders and real bodies. Is made-to-order made to reframe sustainable clothing consumption? Let’s get into it.

Before we start, it’s important to define these two, often confused categories. On the business side, both allow for brands to create based on quantifiable needs. Fast fashion, for example, requires brands to create based on forecasted needs. Working backward, brands are afforded more certainty and less materials. Made-to-order can be expressed in lots of ways—customizable aspects, style preferences, and usually, a wider size offering.

Made-to-measure takes the model a step further, promising a custom fit. Both models bake in sustainability by avoiding waste, but more than that, they retrain the customer in the pace of consumption. The psychology of instant gratification—or as we know it, two-day shipping—devalues the thrill of investing in pieces chosen by the consumer, including those that even fit to their body exactly.

The History of Made-to-Order

Long before all that is fast fashion, the destroying of excess inventory by fire, or the staggering reality that textiles make up 7.7% of landfills, there was the exacting art of made-to-measure clothing. The practice is still alive and well today, especially in one section of the industry in particular: Menswear. From Milan to Savile Row, tailors are whipping out measuring tapes and carefully crafting clothing intended for specific bodies, built to last a lifetime.

Closer to home, J. Mueser—a menswear label created by FIT graduate, Jake Muser—is honoring this traditional technique through bespoke suiting that involves the customer in the entire process. “Our business is, in many ways, the antithesis of fast fashion. It requires a greater participation from the customer, and can take some time to get right,” shares Chase Winfrey, an associate at J. Mueser. “It values craftsmanship and creates much more sustainable purchasing habits—and hopefully creates pieces that our clients cherish for a long, long time.”

Winfrey understands the way wait times can alter the shopping experience, as well. “Because of the lead time, when a customer is purchasing a made-to-measure or bespoke garment, they have to think about building their wardrobe in a more measured, constructive way,” he says. “What is worth investing in, what brings value and usefulness to their closet.”

The Question of Sustainability

Eager to learn more about the specifics of sustainability, I spoke with independent climate and culture reporter, Whitney Bauck, about the traditional fashion model. “A lot of the waste the industry creates is in excess inventory. It doesn't make sense to produce things you can’t sell,” Bauck says. “The reason we mass produce the way that we do is because, based on our current systems, it is a financial efficacy, even if it shouldn't be.”

Our conversation illuminated just how massive the shift toward made-to-order has to be to make a lasting impact on the industry. But Whitney’s optimism was encouraging. “The exciting thing about made-to-order is the idea that you’re really only making stuff that you know is going somewhere where someone wants it. It also creates a different mindset for the person buying it because you don’t order something made-to-order and wear it once and then toss it.”

Standard sizes don’t make people feel good. The simple premise was presented to me by Ray Li, Co-Founder of Sene. The brand is made-to-measure, thanks to a fitting algorithm known as SmartFit that accommodates sizes from 00-40. The quiz takes sixty seconds, the products—ranging from mom jeans to bomber jackets—take two weeks to ship, and alterations are free. “Fundamentally our purpose is to make custom clothing possible for everyone,” says Ray. And clothing that fits properly is more likely to be cared for, repaired, and given a long life cycle.

With the e-commerce clothing return rate at an all-time high at 35% in 2020, Sene’s return rate of 12% is positive proof of Li’s theory that “on demand, made-to-order is the way to make apparel sustainable.”

Sustainably produced clothing isn’t synonymous with boring basics, promises Autumn Adeigbo. “We design for the bold woman who wants to stand out from the crowd,” shares Adeigbo, founder and designer of her namesake line. “She wants to be noticed, she wants to be complimented, she wants to build community with her fashion.” Considering tastemakers like Amanda Gorman, Mindy Kaling, and Gwyneth Paltrow are fans, it’s hard to argue. A recent investment of $3 million and a 400% revenue increase both verify that Adeigbo’s model of trunk shows and option to place a deposit on clothing two to five weeks out, is working.

Pushing the envelope of distinguished silhouettes, Sanne is infusing the made-to-order process with the luxury it once had. Lena McCroary, founder and creative director of the brand, explains the start of the process. “Made-to-order always begins with the relationship between the customer and the designer; getting to know the customer's personality, their figure, their lifestyles, and the occasion they’ll wear their piece to.” Working backwards in this way allows McCroary to create the ultimate “ready-to-wear” collection. With a one to two week lead time, thanks to production in Sanne’s London atelier, customers are happy to wait for their very treasured slices of McCroary's creative vision, from unforgettable skirt sets to breathtaking gowns.

On the other end of the spectrum of aesthetics sits Ouisa, a capsule collection of made-to-order pieces inspired by “the way French women embrace the concept of uniform dressing,” shares brand founder, Bryn Taylor. The debut collection, Les Six, was created to streamline the foundation of a wardrobe. Offerings range from a modern blazer made for layering to the perfect white button up. According to Taylor, streamlining one’s wardrobe isn’t just about limiting decision fatigue. “It’s also a way to reclaim your own personal style and not rely on trends or fast fashion to define your wardrobe.” Designed and produced in New York City’s Garment District, Ouisa operates on the model of two collections every year, with pre-orders before production. Taylor’s history as a stylist gave her some trepidation around long lead times. “But after really honing in on the intentions of the brand, I realized the concept of slowing down goes hand-in-hand with both minimalism and made-to-order practices and I knew it was the right model for Ouisa,” she shares.

From the pragmatic dresser to the collector, there’s a made-to-order brand offering intentional operations from inception to delivery. There’s a sense of belonging that is ushered in with consumer’s regaining control of the process and reclaiming their relationship with what they invest in. “Made-to-order changes the relationship fashion has to bodies,” shares Whitney Bauck. “So much of our clothing is not made to fit us, which can make us feel like there’s something wrong with us.”

Inclusion is as much a part of the conversation of sustainably as sourcing. With attention to the bodies we’re aiming to dress, we bring attention to the ways the system has neglected consumers and neglected the waste the old forms of overproduction encourage. In the world of made-to-order clothing, everyone belongs.

10 People on the Accessory They Never Leave Home Without