When I switched to natural deodorant after using antiperspirant for decades, I envisioned having a bathroom filled with chic sustainable tubes that smelled luxuriously fresh. I would float through the world with the self-satisfied smile of someone who used activated charcoal and arrowroot instead of aluminum to keep her pits free of B.O. Instead, a week into my switch, I found myself frantically dabbing toilet paper under my arms to mop up the sweat and gagging on the scent emanating from my pits.

At that moment, I realized no one really discusses the dirty details of what actually happens to your body when you make the switch. Fortunately, after much trial and error, my pits have adjusted to natural deodorant, and I've been a convert for almost three years. But the question remains: Why is it so tricky to go natural?

To get to the bottom of this smelly dilemma, I spoke with Mary Futher, the founder of Kaia Naturals and TikTok sweat education sensation, about the four things you need to know when you start using a natural deo. Ahead, discover her tips and the seven natural deodorants I wholeheartedly recommend (after exhaustive testing).

How to Navigate the Switch to Natural Deodorant

Be Prepared for an Adjustment Period

If you've ever attempted to go natural only to give up because you couldn't handle the stink, you are not alone. "Do you know how many damn deodorants I have thrown in the garbage?" says Futher. "I would use them for a week, and then stink."

You can blame your antiperspirant for that unpleasant aroma emanating from your pits. While a deodorant works by getting rid of odor, antiperspirants work by stopping you from sweating in the first place. They do this by using aluminum-based compounds to form little gel plugs that are pulled into your pores, physically blocking your glands from secreting sweat.

When Futher was creating her deodorant, she says she kept sending formulas back to her chemist because each one failed to keep odor at bay. Growing suspicious, the chemist asked if she had been using antiperspirant before testing, which she had. "He told me I shouldn't even be evaluating natural deodorants because the microbiome in your underarms changes after you've been using antiperspirant as the aluminum chloride in it blocks your pores," she explains. "So, my underarms went from being very dry to overproducing the [Staphylococcus hominis bacteria] that causes you to stink. He told me it takes your body about a week to figure it out, and then you begin to overproduce bacteria while you are transitioning," says Futher.

This means before you can truly see how a natural deodorant works, you need to wait for that transition period to be over, which takes about 30 days. Further says this is one thing no one tells you when you transition, and it's one of the most prevalent frustrations people have with natural deodorants. She detailed the stages of armpit detox on the back of every Kaia Naturals product for this reason.

Wash Away the Stink

That pesky odor-causing bacteria inspired one of Futher's most unique products—the Underarm Bar. "People would ask me what they were supposed to do during that week they stunk," says Futher. "My answer was lame because I told them to go to the bathroom, wipe their underarms, and reapply deodorant."

Her solution was to create a special cleansing bar made with apple cider vinegar, activated charcoal, and sea salt that removes odor-causing bacteria, pore build-up, and deodorant residue to help speed up your transition time. "You have to wash your underarms very carefully to get rid of bacteria, and most people don't wash their underarms for long enough," says Futher. "They do it very quickly when they should be doing it like a doctor washes their hands before going into surgery." If you don't have the Underarm Bar, she recommends using antibacterial soap.

Most people play it too fast and loose with their deodorant application. Futher recommends applying your deodorant generously, all over the underarm area, rather than in a quick up-and-down motion. "Your underarm is concave, and the bacteria are not living in a little airstrip—it's all over that area," says Futher. "When it comes to the underarms, people want to do things fast. Unfortunately, you need to be more methodical to get rid of all that bacteria because that's what's causing the odor."

For those who have been using antiperspirants regularly, it takes time to get used to your body sweating again. Futher used this common issue to develop an interesting fix in the form of her Sweat Powder, a scented brush-on powder made of magnesium carbonate, zinc oxide, apple cider vinegar, and rice starch. It's meant to be applied immediately after your deodorant to set it and throughout the day when you need to absorb excess moisture. 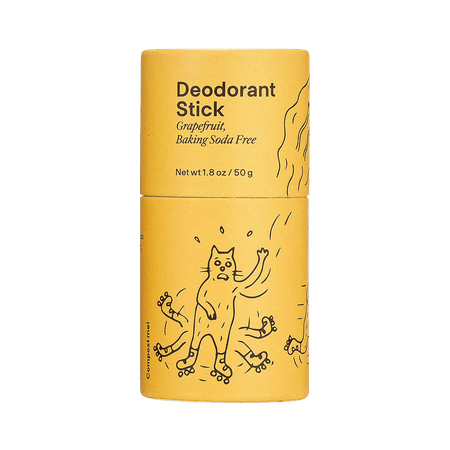 This is the deodorant that made me want to go natural. The Brooklyn-based brand's cream version is beloved by deodorant stans, but this solid stick version is just as good. It boasts super-sustainable packaging, simple-yet-chic scents, and a nourishing formula (comprised of plant butters, oils, arrowroot powder, and antibacterial magnesium hydroxide) to keep you dry. It's small but mighty, as the stick version is more concentrated than the cream. 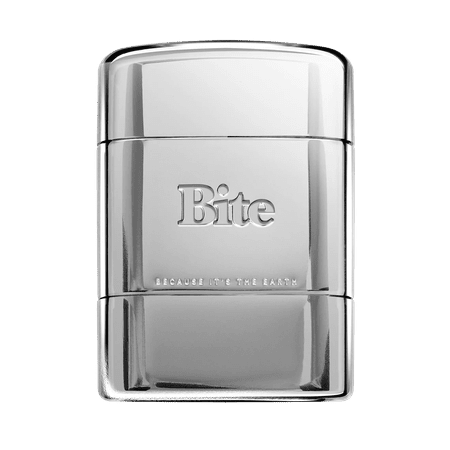 I love the concept of this refillable, plastic-free option, and I'm happy to report it passes the smell test with flying colors. At the end of the day, no residual funky odor is lingering around. The scent of the deodorants themselves isn't overwhelmingly perfumey, so if you find yourself sensitive to scent, these could be an excellent option. 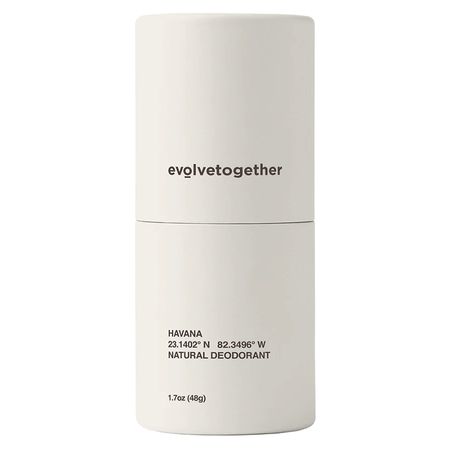 Natural deodorants tend to be messy, leaving behind white marks and build-up. This elegant formula from evolvetogether solves that issue with its clear and smooth-glide formula. It also feels more like a gel than the usual cream and balm textures because it uses glycerin and vitamin B5 instead of heavier butters and waxes. It's my go-to when wearing silks, knits, or anything black (so 90% of my wardrobe). 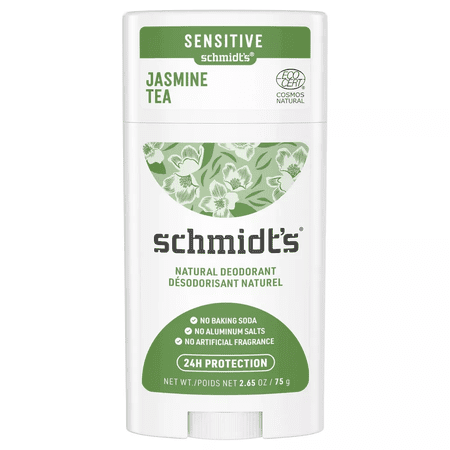 I've had terrible luck with drugstore natural deodorant, except this one from Schmidt's. It smells divine and lasts, which has been a problem with others in this price category. I've actually gotten compliments on how good I smell, thanks to the jasmine tea scent of this odor-neutralizer. 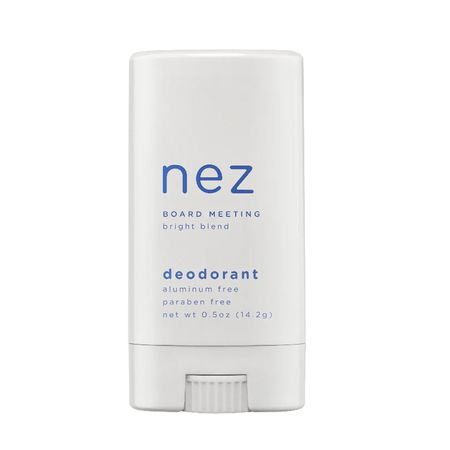 Our body has two types of sweat glands, apocrine and eccrine glands, which produce two kinds of sweat. The former relates to emotions (like stress, anxiety, and excitement), while the latter is tied to increased body temperature (think: exercise). Nez created an innovative system with three formulas that allow you to choose your natural deodorant based on sweat types. You can choose between bentonite clay-based Board Meeting for stress sweat,  zinc- and bamboo-based Workout Sesh for maximum absorption of heat and exercise sweat, and charcoal-based Date Ready for nervous sweat. Each features aromatherapy-based scents to calm, energize, and soothe respectively. 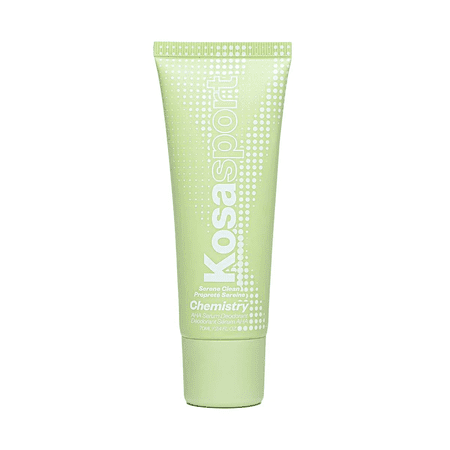 This is one of the most unique natural formulas on the market, as it uses acids to keep you BO-free. Alpha-hydroxy acids lower the pH of your underarms, killing odor-causing bacteria and helping to brighten the underarm area (if that's something you're interested in). It also helps prevent ingrown hairs and moisturizes without leaving behind any white marks or residue. 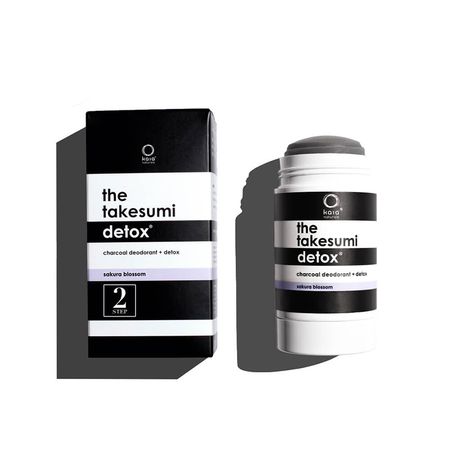 Activated charcoal is the star ingredient of Futher's Takesumi Detox Charcoal Deodorant. Through the testing process, she found it helped speed up the detox process. Combined with a special fermentation extract to fight odor-causing bacteria, this deo keeps you fresh for up to 12 hours and is safe for all your dark clothes. P.S. It looks gray in the tube but dries clear.

The 15 Best Natural Deodorants for Women of 2023
Featured Video