How My Lupus Diagnosis Made Me Feel More Beautiful 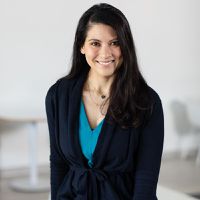 Lauren is an experienced print and digital content creator. She worked in New York for almost a decade as a fashion editor for magazines like Cosmopolitan.

Know Your Body Put Your Skin First
Do What’s Best for You, Not What’s Trendy Appreciate What You Have and Highlight It

There’s nothing that can make life come to a screeching halt faster than a serious medical diagnosis. As is often the case, my lupus diagnosis came at the most inopportune time. I had just started my dream job as a fashion assistant at a prominent women’s magazine in New York City. I should have been on top of the world; instead, I felt like my world was ending before it had even begun.

But over the last 15 years, I’ve had time to reflect on how pivotal my diagnosis was. I stopped drinking alcohol because of the way it inflamed my body. I started thinking about mortality more than I probably should. I missed out on a lot in my 20s because I was too sick or tired to participate, but I found solace in new hobbies. Another surprising revelation has been bubbling up as I approach 40, and it’s one I’m leaning into: Lupus has taught me some invaluable beauty lessons. Here’s what I’ve discovered.

I knew something was wrong, thanks to my all-consuming rash. Lupus is an autoimmune disease where your body goes into overdrive, and it’s different for everyone who has it. There is no known cause and no known cure, and 90% of those diagnosed are women, mostly diagnosed during childbearing age. Inflammation takes over your organs, which can manifest in all sorts of issues, ranging from kidney complications (like Selena Gomez) to chronic fatigue and brain fog. My lupus chose my skin—more specifically, the skin on my face—and transformed my once healthy visage into a jumble of red, scaly, blotchy patches that were dry and painful to touch.

Traditionally, lupus rash is called “butterfly rash” because it spreads across a patient’s cheeks in a butterfly pattern. However, I had inflamed eyelids and lips, discoloration on my neck, and only a few tiny spots of red on my cheeks. My dermatologist referred me to a rheumatologist. He thought the inflammation was due to sun sensitivity, a hallmark of lupus. He then put me on steroids, which puffed me up. And I began to lose so much weight that my dad would bring nutrition shakes to my job to help me increase my calorie intake.

Through this experience, I learned it’s important to be your own advocate. It took me months of being dismissed by doctors before I found someone willing to listen. With a disease like lupus, it’s more common for professionals to rule things out than to come up with a definitive diagnosis immediately (which can be endlessly frustrating). But you have to keep searching for answers. The more in tune with your body you are, the better you can report symptoms and treat them. Now, I’m very cognizant of potential symptoms and know where my boundaries are.

Louder for those in the back—put your skin first. When going through my initial lupus flare, one of my big mistakes was trying to cover it up. I became obsessive about making sure no one could see what I considered ugly and unfortunate—I did work next to the beauty department, after all.

I tried all sorts of fancy European creams and luxury makeup, which only worsened things. I eventually gave up out of frustration and stopped wearing makeup altogether, probably to the dismay of my bosses (the mid-2000s were a different time). But I was entirely out of options. Aquaphor ended up being the only product that didn’t make me want to peel my face off, and I piled it on at night. I now like to joke that I slugged before it was cool. I’m glad I allowed my skin to breathe and build up its barrier again.

My skin has had time to repair, but it is still sensitive to things like retinol and some makeup. I very rarely—like once every three to four weeks—wear makeup. And when it comes to skincare, I only use Dieux’s Deliverance Serum and Instant Angel Moisturizer and see my dermatologist regularly.

Do What’s Best for You, Not What’s Trendy

Beauty FOMO is real, especially in today’s social media world. I was spared this in my early career, thankfully, but seeing new products come across our beauty editors’ desks and knowing I couldn’t try them used to really bum me out. There are so many products out there, but having an autoimmune disease that affected my skin kept me limited.

I eventually found what worked for me and stuck to it, updating my techniques and products when I felt comfortable, not when someone else told me to. I also adopted some pretty strange-for-the-times habits—such as not washing my face every night because water physically hurt me and being obsessed with sunscreen.

Appreciate What You Have and Highlight It

Genetics play a role in our appearance, and I’m lucky there. My Filipino mother looks about 58 on a bad day, and she’s turning 70 this year. When someone mentions how clear my skin looks and how youthful I look, I think about the girl who refused to have her picture taken from 2007 to 2009. Very few pictures of me exist from that time because I was ashamed of my face. I had zero self-confidence, and I felt my body had betrayed me.

Fifteen-plus years into this journey, I’m able to flip the script. Maybe my reframing is due to the passage of time, or perhaps it’s perspective from having been saddled with a lifelong disease. But I am grateful for many things pertaining to my beauty and health—such as having a body that carried a pregnancy to term with little complication, which is a worry for women with lupus.

I am grateful to be able to look at myself now and smile—really smile—rather than cringe. And while I had to learn some of these lessons the hard way, I’m grateful my history with lupus has given me more confidence. They say women in their late 30s are in the prime of their lives due to their confidence levels. I definitely feel it.

7 Women on How Chronic Illness Changed Their Relationship With Their Bodies
Article Sources
Byrdie takes every opportunity to use high-quality sources, including peer-reviewed studies, to support the facts within our articles. Read our editorial guidelines to learn more about how we keep our content accurate, reliable and trustworthy.