How This New Yorker Cares for Her Hip-Length Hair

Introducing The Hair Enquiry, our deep dive into the rituals, routines and habits behind some of the most enviable hair to ever grace Instagram. We see it as our public duty to ask the questions others are too shy to, so we’ve set ourselves on the mission to probe our exceptionally haired subjects and uncover exactly what they do that makes their great hair so great, right down to the very last product. This week, we spoke to New York–based beauty editor, photographer, artist and all-round creative guru Bianca Valle.

There's something almost mythical about a woman with long hair: It's as though she's a character plucked straight from the pages of a Brothers Grimm fairy tale. Or some kind of modern-day witch who spends her spare time concocting miracle hair-growth potions at her kitchen table. Of course, the reality of it is that as far as Bianca Valle and her waist-length hair are concerned, no such magic is involved. As it turns out, the secret behind her tumbling waves is hardly a secret at all. Below, she divulges every single thing she does to her hair, from her lax approach to salon appointments to her dependency on air-drying.

On her hair journey

"I've had long hair for as long as I can remember. As a child, I was obsessed with Ariel's hair from The Little Mermaid. My mom would tell me if I ate my vegetables, I'd have hair like Ariel's. So I'd always ask her, 'Mom, when is my hair going to be long?' I guess those are my earliest associations I had with long hair. I didn't know this was going to be my hair forever. I just skipped a few haircuts throughout school and realized I liked how long my hair was, and my parents liked it, too, and let me keep it long. I'm not that attached to it.

"In fact, when I was a sophomore in high school, I donated 12 inches of hair to Locks of Love [a charity that provides hair pieces to sick children], although I haven't cut more than an inch or two off my hair since then. I like the way it looks and the way I look with long hair. But there are definitely days, especially in the winter, when I'm wearing a hat, a scarf and a coat, and I just want to cut it all off because it gets super knotty. It can be super exhausting having to deal with that."

"I'm not attached to one hairstylist at all. Honestly, I'm really lucky, and I get a lot of free trims through my work [as a beauty editor] as salons invite me in to do reviews and that sort of thing. But also I'm actually on a lot of sets, either having my photos taken or on a shoot I'm producing or styling, and usually I just start talking to the hairstylist—sometimes you just really hit it off and start talking about hair. And there have been times when I've said I really need a trim, and they're always really keen to do it.

"I never get it cut more than a few inches, but recently I decided to add some face-framing layers, and that's the most exciting thing to happen to my hair in a handful of years. I don't colour it. I pride myself in saying I have virgin hair—I love saying that, too. I dyed it once, maybe around six years ago, and got ombré. Ombré was super popular when I was a freshman at high school, and I thought it would look really good on me, so I wanted to try it. But at that time, no one had quite mastered it, so it looked awful, and I thought Never again. But between all the baby trims, that has grown out now.

"The only thing I don't like about having my hair done is that, I don't know why, but some hairstylists often think that if they brush my hair with a brush like this [Bianca holds up a Kent Classic Shine Cushion Brush, £34] that it won't be poofy. It will always be poofy. Brushing my hair when it's dry is just a disaster. It ends up looking like I've just walked through a field in the wind. It's so big, and it starts to look a little triangular. It's awful."

"My hair is really similar to the way people's faces are—it has its T-zone. My scalp, towards my face and the front parts tend to get a little oily, as I wear a lot of moisturiser and the front section is constantly brushing over my face. So when it comes to shampoo, I try to focus on a shampoo for oily hair. I really like Neutrogena's The Anti Residue Shampoo (£9), which is like a twice-a-week cleansing shampoo. But when it comes to the rest of my hair, it's about moisture, so I look for super-hydrating conditioners." 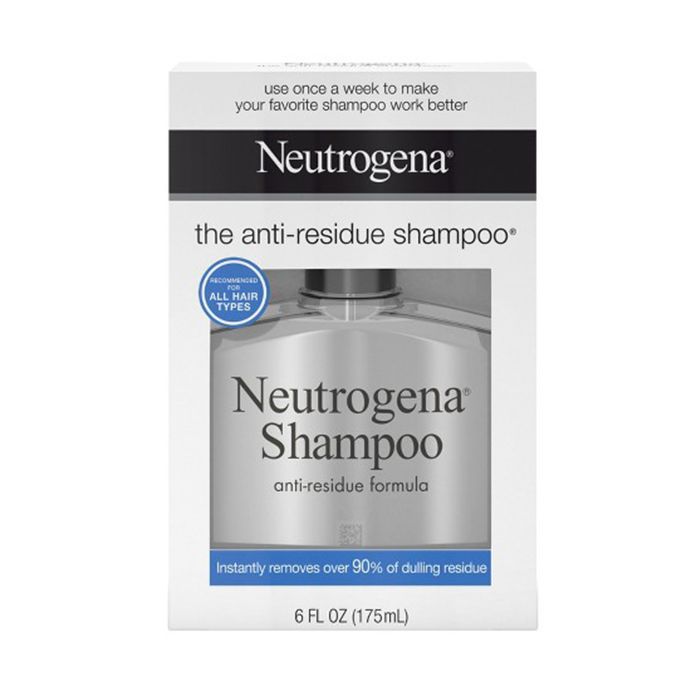 "I wash my hair three times a week and leave it on the other days. I've been washing it for so long I don't find it hard at all anymore. I just wash the top with shampoo; I don't wash it all the way through. And then I apply the conditioner from around the ears down. When I'm in the shower, I brush my hair—I've just come to realise that's best for my texture. If I brush it when it's dry or when I'm out of the shower, it loosens the waves a little bit. My hair is actually longer than most towels, so it tends to spill out the other end if I try to put it up with one. So usually I squeeze it with a towel once to get most of the liquid out." 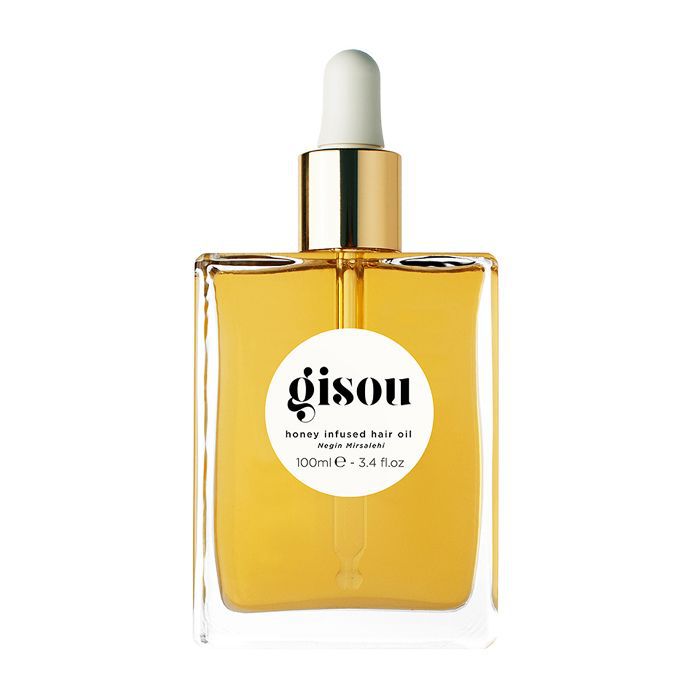 "Then, if I'm feeling my hair needs a little extra boost, I have two hair oils I use right now. First is this one by Gisou [Honey Infused Hair Oil, £63], and then Kenra Smooth Anti-Frizz Oil [£19]. It's so amazing and smells like cupcakes. I scrunch it through my hair after the shower and then let it air-dry.

"If anything, touching it is my worst enemy. I try not to touch it, to keep the waves intact. But my best friend is sleeping on damp hair. When I wake up, I know it'll be extra wavy. I've thought about using silk pillowcases, but I'd rather my bed look uniform than have this one random silk pillowcase—it's so weird." 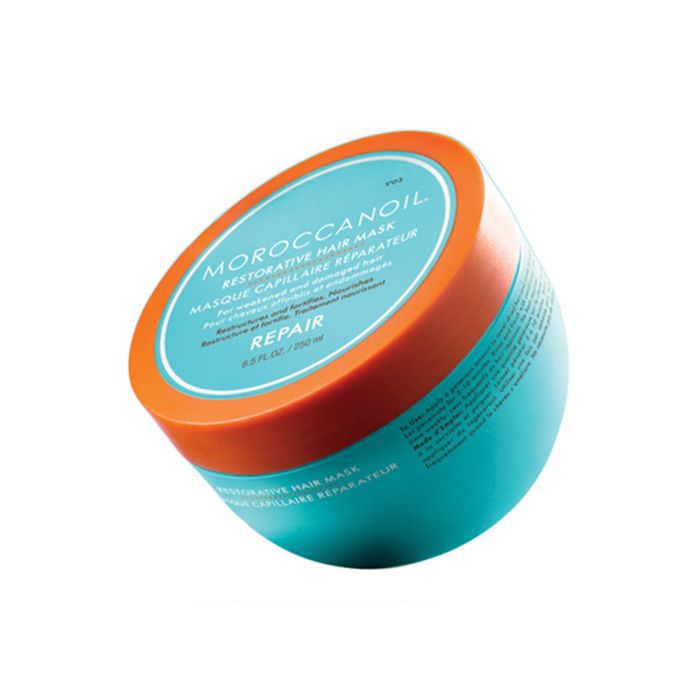 "Right now I love the Moroccanoil hair mask that I use every now and then. But my go-to is coconut oil. I usually put it on all the way through my hair in the morning before the gym, exercise with it in, and then wash it out afterwards."

On the downsides to long hair

"I do really like my texture. But what I've noticed is that since it's so long, the top has gotten really flat because it's so heavy. I would love more volume, but I'm just not sure that's possible with how long my hair is. Also, it does get caught sometimes. I was at a party and I was sitting, and someone sat down, and my ponytail got caught on their way down, and my head flung back. It's never been anything serious, thankfully.

"If anything, I just shed a lot. My roommate will tell you; I shed everywhere. It's in my bed and in my sweaters. It's unfortunate because I don't even notice it. My mum is a saint; she always used to clean up after me and not say anything. I guess I should get better at cleaning my own hairs. When I'm exercising, it can be a pain. I can't wear it in a ponytail, because it's so heavy. When I run, it falls down and comes loose. So what I tend to do a low ponytail tied tight [at the nape of my neck]. It's not very attractive, but it is what it is."

"Unfortunately it's down to genetics for me. And patience, I guess. A lot of girls ask me, 'How do I get long hair like yours?' But then they go to a salon every month to get a trim—I get a trim maybe once a year. And I can do that because I keep my hair pretty healthy. I don't heat-style it. I don't dye it. I've never bleached it. To be honest, I could count on my hands how many times I've curled or straightened it in the past five years. I never blow-dry it. In fact, it's kinda funny—my boyfriend blow-dries his hair more often than I do."

"When I was younger and I had more time and fewer things to worry about, I would do loads of different hairstyles, like milk braids and French braids. I would go all-in. I'd love to get into more experimentation with different hairstyles, but for now, I do have a little rotation. Either I do two clips right here [at the front] or I do a high messy bun, or I do a low slicked-back bun with a centre part."

"If I could have somebody else's hair for a day, I'd choose Winona Ryder and the hair she had in the film Heathers."

Been eyeing up someone's great hair for a while know? Wish there was a way to find out every last thing they do to it? DM me @byrdiebeauty.uk and I'll do the digging for you.