People Are Using This Popular Mouthwash as a Foot Soak—So Does it Work?

Medically reviewed by Sunitha Posina, MD
Sunitha Posina, MD is a board-certified physician in internal medicine based in New York. After completing her medical training in India, she completed her post-graduate training in Internal Medicine at Stony Brook University Hospital in New York.
ABOUT BYRDIE'S BEAUTY & WELLNESS BOARD
Board-certified physician in Internal Medicine
Fact checked by
Cherisse Harris 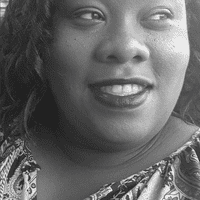 What Is a Listerine Foot Soak? The Purported Benefits The Risks and Drawbacks
Does it Actually Work? How to Try it at Home The Takeaway

Now that we’re amidst the hottest days of summer, people are walking around barefoot way more often and there’s a decent chance you could pick up a foot fungus. Gross, we know. athlete’s foot, for example, is a pretty common—and highly uncomfortable—fungal infection that frequently appears between the toes.

According to the Mayo Clinic, athlete’s foot often occurs among people whose feet get sweaty while confined to tight footwear. But it’s also contagious and can spread from person to person through contact with towels, floors, and other surfaces. If you’ve ever experienced athlete’s foot, you know this isn’t a very fun experience. It itches, burns, and typically leads you to develop a red rash. Sometimes it blisters, too.

So naturally, people want to get rid of athlete’s foot and other fungal infections any way they can. Enter: the Listerine foot soak. This may sound a bit odd to those who have never heard of it, but some say that soaking your feet in a mixture of Listerine and water or vinegar can help remove athlete’s foot and foot fungus.

To understand more about a Listerine foot soak and if it actually works, we reached out some dermatologists. Here’s what you need to know.

What Is a Listerine Foot Soak?

As the foot detox trend continues to surge, Listerine (a specific brand of mouthwash) is the latest ingredient that soakers are pouring into their basins. A Listerine foot soak is a mixture of equal parts Listerine and water, and supporters claim the mixture contains antifungal, antiseptic, and cooling/calming properties. We'll dig more into the efficacy ahead.

Dermatologists say a Listerine foot soak may help address foot fungus, but there’s a bit of debate as to whether a it truly works, or if it’s a good idea. Let’s start by trying to understand some of the soak's potential benefits.

Shainhouse explains that Listerine Original (this is the amber-colored Listerine you may have seen on store shelves) contains thymol, which has anti-inflammatory and anti-fungal properties.

“Soaking infected feet or toes in diluted Listerine twice a day for 20 minutes can help kill the dermatophytes (fungus) on the skin and/or in the nails,” she says. “The soaking actually softens the nail plate, so the thymol can penetrate and kill the fungal elements,” she says. If you only have one nail affected, you can soak a cotton ball in Listerine and apply it directly to the nail.

The Risks and Drawbacks

The essential oils in Listerine may irritate your skin and can potentially cause a reaction such as allergic contact dermatitis, Skotnicki says. This is more likely if you have sensitive skin. You also might experience dry skin after a foot soak, due to the alcohol in Listerine.

Does it Actually Work?

Seema Panduranga Kini, a board-certified dermatologist with Kaiser Permanente isn't on board with a Listerine foot soak. “The menthol in Listerine soaks may be soothing,” she says. “But aside from that, [it] has no real benefits.” If you’re looking to treat dry and cracked skin on your feet, she suggests applying urea cream and using a pumice stone to soften the skin instead.

The skin also has its own ability to fight off bacteria and invasive fungus with something called an acid pH. “So just like antibiotics, we could use antiseptics to decrease unwanted organisms on the feet in the form of fungus and bacteria that cause foot odor,” Skotnicki says. “But a better way is to lower the skin pH.”

Overall, Skotnicki doesn’t recommend Listerine foot soaks. Instead, she's in favor of an apple cider vinegar soak, which has less potential to irritate your skin. To do this, simply add 2 tablespoons of apple cider vinegar to lukewarm water in a foot bath or large bowl. She prefers this method because it uses “the natural ability of our skin to balance the microbiome and ward off unwanted organisms without trying to 'kill' them with antiseptics.”

Sharleen St. Surin-Lord, assistant professor of dermatology at Howard University College of Medicine and founder and medical director at Visage Dermatology and Aesthetic Center, isn’t opposed to the idea of a Listerine foot soak when used as a compliment to other treatment options. “With today’s consumer seeking more natural treatment options, and for those who are uninsured or underinsured and are unable to purchase prescription drugs, home remedies provide a viable treatment option,” she says.

That said, the idea of soaking your feet everyday isn’t sustainable for everyone, especially those seeking instant results. “I don’t know how long foot soaks will last until someone just goes to the dermatologist requesting a prescription for a once-a-day cream for two weeks or a pill for their athlete’s foot,” she says, adding that treating nail fungus requires more than Listerine, since the fungus lives under the nail and a product to treat nail fungus must have good penetration. 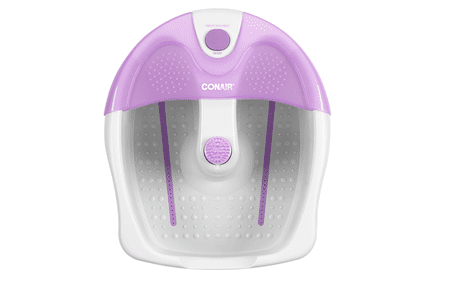 How to Try it at Home

The resounding consensus when it comes to using Listerine as a foot soak is that while it might not be extremely effective, it won't hurt you either (as long as you don't over-use this solution). So if you want to try your hand at this at home, here's how: To do a Listerine foot soak, you're going to start by getting your hands on a foot bath or bowl that’s large enough to fit your feet. Then you'll mix equal parts of warm water and Listerine, and maybe even a bit of lemon juice. Make sure there’s enough liquid so that your feet are covered. Soak your feet for somewhere between 15 and 20 minutes (though some recommend up to 45 minutes).

The water is important here for diluting the Listerine—it's definitely not a good idea to soak your feet in straight Listerine. And of course, if you have any medical concerns at all, it’s important to check with your doctor before trying something like this.

A Listerine foot soak may be helpful for treating foot or nail fungus, but it doesn’t always work, and not all dermatologists are convinced it’s a good idea. Remember that checking in with your doctor is always important, too. Especially if you’ve been trying this soak for a few weeks and it doesn’t seem to be working. You may need a different treatment.

As with anything, a Listerine soak should be used in moderation. “Would I recommend it as a board-certified dermatologist for treatment of athlete’s foot or toenail fungus? Not really, since I have other things in my armamentarium,” St. Surin-Lord says. “Do I respect natural skincare practices? Yes, as long as they do no harm.”