The Fascinating Progression of Lipstick Trends Throughout the Decades

While makeup trends are constantly changing from season to season and even month to month, there's an obvious trend that permeates throughout each decade. Popular lipstick shades have often resulted from cultural climate, historical events, and rebellion—times when women felt free and liberated or oppressively structured. We spoke with two celebrity makeup artists to find out more about the reigning texture and color for each decade. They broke each decade down, offering up popular lipstick trends, global happenings that caused them, and how to recreate the look. 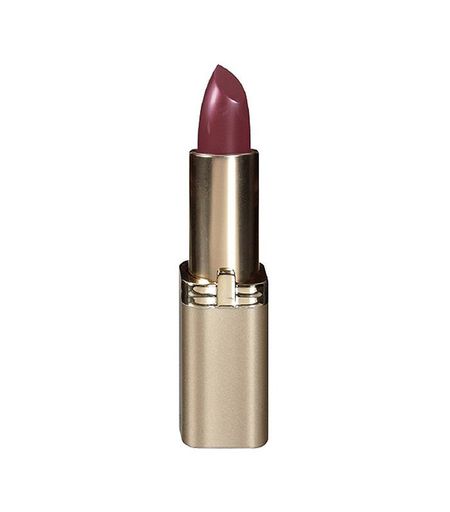 "Clara Bow, the silver screen mega-muse was a major beauty icon for the flapper culture of the '20s," explains M∙A∙C Cosmetics senior artist Ashley Rudder. "A deep berry-toned lipstick was a must to recreate the exaggerated 'Cupid’s Bow' shape, which was Bow’s signature style."

"At the time," Rudder continues, "women were beginning to emancipate themselves, which gave them the freedom of self-expression. Makeup became a new and exciting medium, and the 1920s woman was using it to make a liberated, feminine statement. Even as the smoky eyes began to soften, this punctuated Clara Bow-inspired shape remained a mainstay for lips throughout the decade.

"To create this lip, start by erasing the natural lip shape by applying foundation over the edges of your lips," Rudder instructs. "Then, use a lip pencil to line your lips in a darker berry shade and emphasize the cupid’s bow of your upper lip. To keep it truly accurate to the period, shorten the width of your mouth to create a smaller cherub shape. Now, apply a deeper wine shade of lipstick and blot with a tissue to create a matte finish, or use a touch of lip conditioner to add shine." 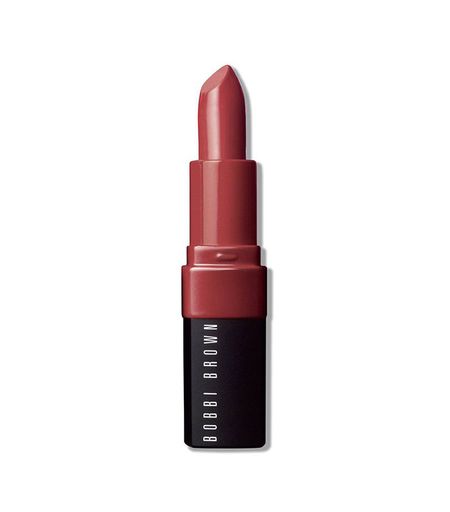 "The iconic 'rosebud' shaped mouth was the lip look of choice in the '30s," says Rudder. "The trend called for a slightly overdrawn top lip that flattened the Cupid’s bow and rounded out at the corners of the mouth to create a lengthened, longbow shape. Joan Crawford was the poster girl for this lip shape, and favored shades of the time were rich reds, maroons, and raspberry tones.

"The stock market crash and subsequent depression in the 1930s brought with it a longing for rules and structure in society, and beauty standards followed accordingly. Symmetry became a Hollywood obsession, and the faces of the time were perfectly shaped and sculpted with cosmetics to achieve this new aesthetic." 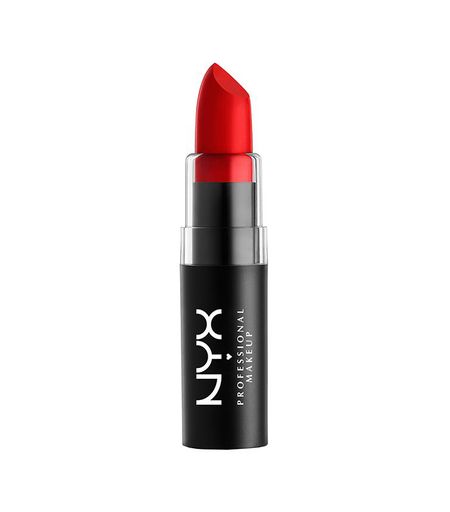 "WWII changed everything, said Rudder, "and women took a more practical approach to their lips. Outlining the natural lip shape was in vogue, and filling it in with a bold, patriotic shade of cherry red became part of supporting the troops. It's incredible that the world acknowledged the morale-boosting power of a red lip."

"Moreover, in the 1940s, women were called on to roll up their sleeves and step into jobs that men once dominated. Rosie the Riveter, with her toned arms and red lips, represented the duality of femininity during WWII. Also, due to wartime cosmetic rationing, many women used lipsticks as blush and were also still adding petroleum jelly to their lipstick for a touch of shine." 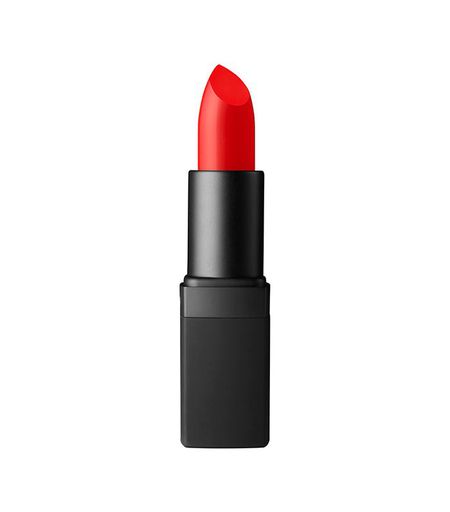 "A plump, full lip was the desired shape with emphasized peaks on the upper lip," explains Rudder. "A saturated orange-red was the color of choice, but lighter shades of coral and pink were also popular.

"The '50s were ravenous for cosmetic decadence and heightened perfection. There was a perfect lip shade for every season, and each time of day and women had a lipstick wardrobe that made them prepared for anything," says Rudder. Sir John adds, "In the industry, if you mention the color ''50s red,' every makeup artist will know what you’re talking about—it's that perfect orangey-red that truly looks great on everyone.

Rudder continues, "Technology and innovation were taking the world by storm, and a new entertainment source was influencing beauty trends like never before. Television became a fixture in middle-class homes and shows like Leave it to Beaver that consistently depicted women as happy homemakers created the new archetype for female beauty. Film stars such as Marilyn Monroe, Audrey Hepburn, and Sophia Loren were also incredibly influential beauty icons of this era. To recreate the look, you definitely need a lip liner, the perfect red, and a lip brush for precision." 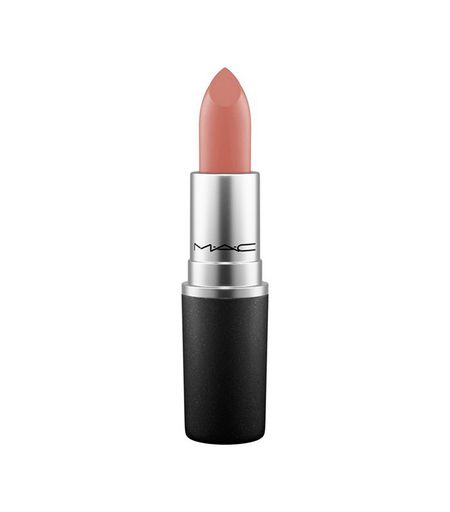 "Pastel, sherbet shades were the thing," says Rudder. "Mod pale pink, peach, or nude lipstick in a matte texture was all the rage—and a complete departure from the classic red shades of past decades. The youthful and rebellious mood of makeup trends during this time was both innovative and captivating. It was an exciting time for makeup artistry.

"The conformity of the '50s was a thing of the past, and celebrating individuality became more important. Makeup was definitely a form of self-expression that youth culture reveled in. It's the first decade with a massive working teenage population, which made them a new major beauty marketing demographic. The teen-dream was in full effect, and young British musicians and models were hyper-influentials on the fashion and beauty scene. Beauty muses of the time included Jean Shrimpton, Twiggy, The Supremes, and Brigitte Bardot with mesmerizing eye looks and a pale peach pout." 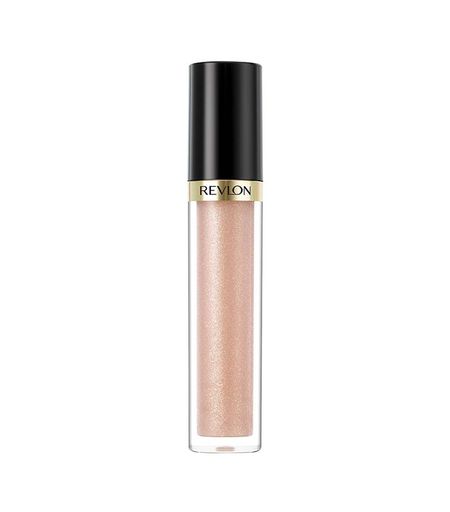 "Gloss definitely defined this era, whether it was applied alone or as a topping for a bold disco-ready statement lip," explains Rudder. "However, beauty trends in the '70s were as diverse as the music of the era. This was the dawn of the beauty subculture: disco, punk, glam rock, hippie, beach babe, and so many more.

"Feminism and women's liberation were major social movements affecting women in the '70s, and this new awakening required the beauty industry to offer women something new. Soft, more natural makeup options were created along with the frost, glitter, and richly pigmented options. Gloss muses of the time were Farrah Fawcett, Diana Ross, Jerry Hall, Bianca Jagger, and Lauren Hutton." 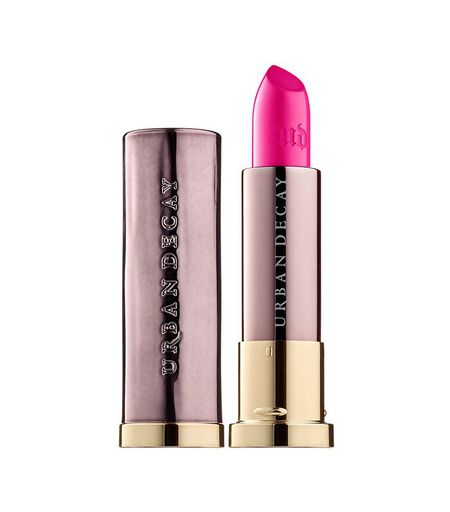 "The '80s was a decade of excess," adds Rudder, "full of 'champagne wishes and caviar dreams' and the fashion and beauty world reflected that. Bold shoulder pads, puffy sleeves, huge hair, and major makeup statements were key. The beauty slogan for the '80s could have easily been 'no feature left behind,' as the most popular beauty looks involved every facial feature to be touched by makeup boldly. The emergence of MTV had a massive impact on beauty and fashion culture, and the subcultures of the '70s became more widespread as rock, soul, punk, and pop idols began to emerge." 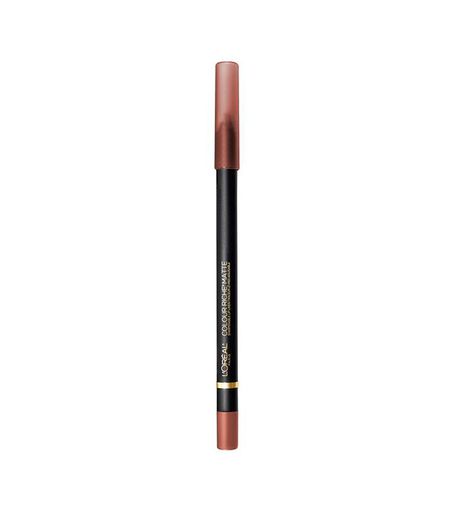 "A muted color palette was the hallmark for '90s lips with deep mauves, red-browns, slate-colored lipsticks paired with matte skin and gloss," explains Rudder. "Often, lips were lined heavily in a deeper shade than the lipstick, Rudder said. Sir John adds: "the over-lining give a defined, contoured style to their lip look."

"There was an unavoidable backlash against the indulgence of the '80s, and a sleek, modern aesthetic became the new trend," explains Rudder. "Musicians and television stars were the power influencers of the time, and they paired these muted lips shades with thin brows reminiscent of the 1930s. Demi Moore, Drew Barrymore, Naomi Campbell, Winona Ryder, and Linda Evangelista are just a few of the beauty icons of the '90s that made those shades a must-have." 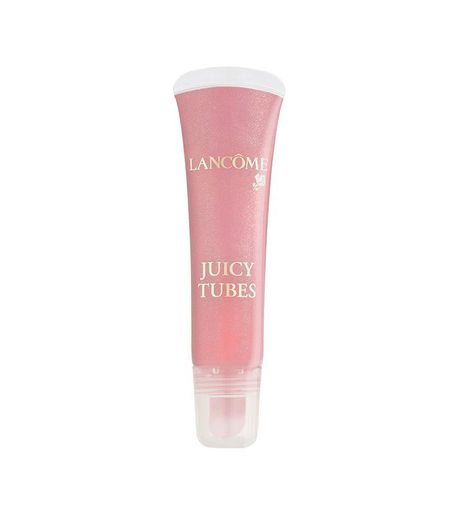 "The ultimate lip trend of the early 2000s was a super glossy, pinky lip. With the turn of the millennium came the desire to put a futuristic twist on beauty. Sheer flesh-toned glosses laced with glitter and frost were a staple part of the glossy nude lip recipe," says Rudder.

"Sexy, smoky eyes were an obsession of the early 2000s—and they perfectly paired with this lip, Rudder says. "Popular films like Moulin Rouge and Chicago created a craving for sultry eyes reminiscent of the '20s, but with a pulled-out cat-eye shape. Women like Nicole Kidman, Paris Hilton, Sarah Jessica Parker, and Ashley and Mary-Kate Olsen favored this look." 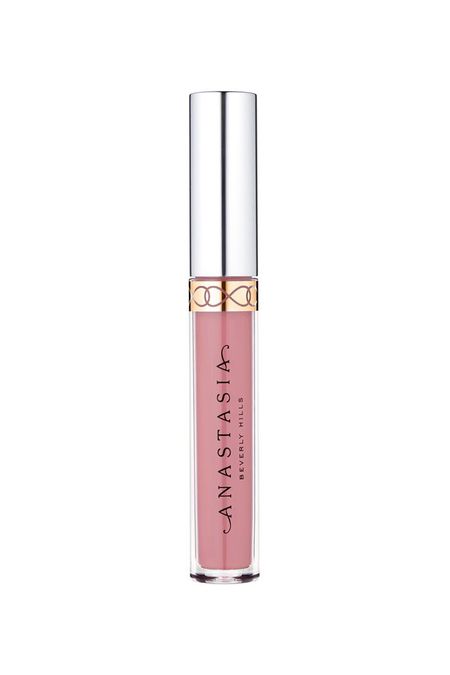 "With the increasing popularity of YouTube makeup tutorials (and Kylie Jenner), there is a massive surge of makeup savvy consumers that are ready to mix and match colors and textures to create their own dusty rose lip.

"This time is really about everyone embracing their individuality and creating their own look," says Sir John. "I would also credit the 2000s to when matte lips really took flight again. Liquid lipsticks offer an intense color payoff that doesn’t budge, so you can swipe it on in the morning and leave it all day."