Lilly Singh Credits Her Beauty Identity to Her Career and Heritage

Welcome to another installment of My Beauty Identity—a series set to explore the intertwining worlds of beauty and identity. We'll be investigating how people from all walks of life use their beauty routine to empower and uplift and asking them to define beauty in the modern age. This week, we spoke to Lilly Singh, a YouTube star turned actress. She has played numerous characters in comedy skits on her YouTube channel and is hitting the mainstream with an HBO film adaptation of Fahrenheit 451 and the NBC pilot Bright Futures, also starring Emily Ratajkowski. Here, she tells us about her second collaboration with Smashbox and how the characters she has played over the years and her Indian heritage have helped carve out her beauty identity today.

First up, tell us about your collaboration with Smashbox.

So you’re fronting the campaign for the new Superfan Fanned Out Mascara. What do you love about it?

I like that it is doesn’t take an expert to put it on. I’m not a makeup expert—I’m just a regular person who needs to wear mascara to look awake! I like how with minimal effort, I can apply it and it’s really effective. I don’t need to put a ton of it on; my lashes don’t get clumpy. Just one application and I’m, like, good to go. So with my busy lifestyle, it’s the perfect thing. 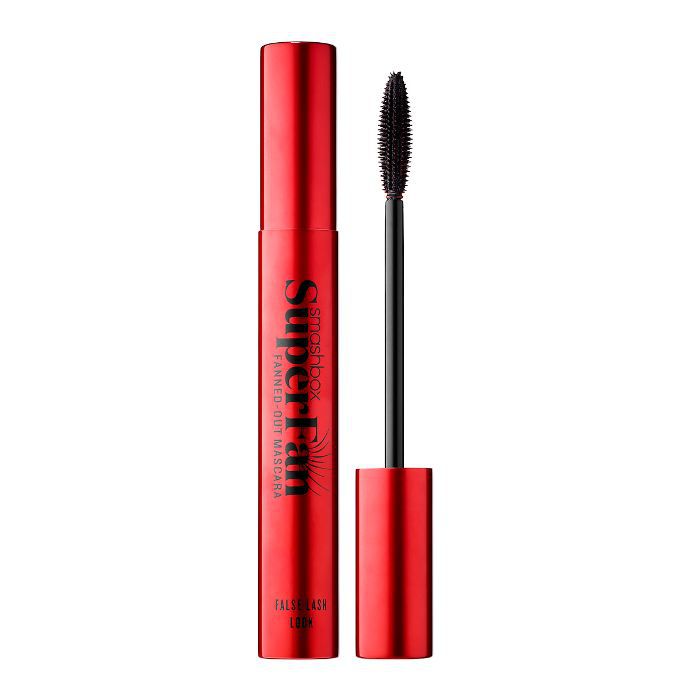 You’ve played quite a few characters over the years. How has it affected you as a person?

I think something I’m very proficient in is picking up on people’s quirks. Just yesterday I was in the office and I was imitating one of my employees, and everyone was like, “Whoa, you look just like him.” I’m like yeah! I can just identify what people do with their faces, what they’re thinking. Just the little facial impressions people make or like the little things they do with their voices. I pay attention to those things because I study those when I’m trying to become a character. So I think it’s just made me a more intuitive person who’s able to read people better.

Has your beauty look evolved over the years as you’ve played different characters, or do you find comfort in coming back to you?

I usually come back to what’s familiar to me, but I'm evolving as well. Definitely, though, there have been times when I’ve played a character and thought, oh, this hair or this little thing, it’s really cool. I’m going to do that as Lilly. That’s happened before with a character, and I was like, this hairstyle is really cool, and now that’s what Lilly’s going to do.

You’re Indian Canadian. How did that affect your approach to beauty growing up?

I was raised completely in Canada. My mum didn’t wear a lot of makeup, so I didn’t receive a lot of pro tips from her, by any means. In one way, it did affect the way I did eyeliner. Indians are big on kajal eyeliner. I like a dark inner eye that I often do. I think Mum learned more about makeup from me!

On your Instagram feed, you really experiment with different hairstyles and makeup looks. Have you always been very experimental?

No—early on I did the same looks because it works, and it’s easy. It took me a while and a makeup and hair team I felt comfortable with. So now, I’m like okay, let’s try something new because I trust your judgment. I’m not the savviest person when it comes to beauty, I’ll admit. I love it and I think it’s great; I’m just not able to think so outside of the box when it comes to that. [I get beauty inspiration from] things I see on Instagram, like if I see someone with really cool hair and makeup, I’ll screenshot it and send it to them and be like, “Guys, I’d love to try this sometime,” and they’ll do the same. They usually come to me with ideas. When [they] say, “For this red carpet, I think we should try this really funky thing,” I’ll probably trust their judgment, and I’ve learned that makeup is art, hair is art, and it’s fun, and I’m really happy with that. So these days I’m down to try new things, but I definitely wasn’t years ago.

Are there any beauty mistakes you’ve made in the past?

Oh my god, so many. I struggled with eyeliner for such a long time, so one of my beauty mistakes was that my liner was too thick and too winged out and not in a pretty way. Like, not in a way that’s like Wow, she really knows what she’s doing, but like Oh, she made a mistake. That was a beauty mistake I made for all of high school, to be honest!

How did you get it right?

I pay attention to when my makeup artist does it. So I previously used to do my eyeliner, and right away I’d try to wing it. Now what I do is the top lid just to where my eye ends, and then I do my waterline underneath. So now all I have to do is connect those two lines. I think it’s just the order in which I do things [that has made the difference]. Before, right off the bat, the first thing I’d do would be like, All right, let’s make this wing! That doesn’t work for me.

Any other tips you’ve learned from your team?

I have learned when it comes to mascara. Previously I just used to put on the mascara however I wanted. But I’ve learned that it really does matter the motion in which you put on the mascara as well. You have to lift your lashes with the motion of your hand—that makes all the difference. I didn’t know that before, and it’s literally a game-changer.

You seem really confident in yourself. What advice would you give to someone who lacks confidence?

What would you say to any woman who doesn’t feel comfortable in their own skin?

I can relate to this as someone who has acne and love handles. Sometimes I’m like, Oh my god, I’m so ugly. Of course, like any human, I go through moments. I would say it goes back to loving yourself. I mean, every single person I’ve met that I’ve believed to be perfect—and I have images of people on my account, and I’m like He’s so perfect or She’s so perfect—they feel the exact same way. It’s completely normal and human. It’s just different things for different people. I’ve really learned which qualities that I feel are strong about me and the ones I feel I can improve on—if I can, I will, but otherwise, I accept them. I think accepting yourself is very important. Stop beating yourself up.

You are a UNICEF ambassador for children’s rights and did the Girl Love campaign [encouraging girls to spread love not hate]. Do you see a lot of negativity between girls on social media, or do you think it’s becoming a more accepting place?

I think girls these days have a lot more role models that encourage positivity, which makes me happy. When I was younger, there weren’t a lot of examples in the media or entertainment of girls forming sisterhoods and getting along and supporting one another. I think there is a lot more of that today. I hope girl-on-girl hate lessens. There are still instances of it, and the media still loves to pit women against each other. I definitely think it’s improved a lot over the past few years. I hope we continue on that trajectory.

Your career is so incredibly varied. What advice would you give to anyone starting out in their career or perhaps some who is afraid to change paths?

I love work, I work very often, I work a lot of hours and the only reason I can do that is because I really love what I do. And when I say that, some people are like, Oh well, that’s very ignorant of you to say—not everyone can do something they love, and I get that. I’ve also had a lot of jobs that I did not love, but I think it takes a certain level of fearlessness and sticking to a plan and not changing the goal but changing the method to really have a job you love, and I do feel that if you really want to do well at something, it might not be the first job, the second job, it might not be the first couple of years, but work towards having a career that doesn’t feel like work, and makes you excited.

What are your go-to beauty products?

Mascara is at the top of my list. If I have 30 seconds to put on makeup, I’ll be happy with mascara. It makes me look so awake; I look like a different person before and after. I like to fill in my brows, concealer, foundation. I do have dark circles under my eyes, it’s just genetics, so I do use an eye concealer there. My makeup regimen on the daily, though, is pretty basic, just blush and mascara.

You said you had trouble with acne. What do you use to help with that?

I just try to use anything that’s hydrating, so a hydrating face mask and my moisturizer. My skin is just super dehydrated because I’m not great at drinking water, I’ll be honest. So anything that just pumps moisture into my skin is what I use.

You have the most incredible long hair. What’s your secret?

I don’t have a secret, I know everyone expects me to, but it's honestly that I just don’t do a lot of things to it. I don’t blow-dry it very often; I let it air-dry. I’m not dying my hair a lot, I’m not applying heat to it a lot, I’m not putting a lot of product in it. I just let it do its thing.