We didn't expect anything less. 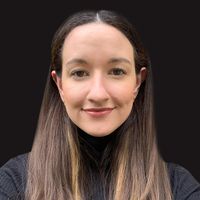 Erika Harwood
Erika has worked in fashion editorial for over five years and has been Byrdie's senior style editor since 2021. She previously worked as a fashion writer for NYLON, Vanity Fair, and MTV Style.
Byrdie's Editorial Guidelines

There was never a chance that Lil Nas X was going to do subtlety for his first-ever Met Gala appearance. The artist arrived on the red carpet dripping in Versace gold, revealing not one, but three different looks. He debut the first ensemble, a sweeping silk brocade cape before receiving the assistance of two assistants to reveal a metallic armored bodysuit underneath. The final look? A jeweled catsuit.

According to Versace, the three-part look told an "LGBTQ+ American fairytale," suiting the theme of the night's event, In America: A Lexicon of Fashion.

"He arrived on the red carpet in a dramatic cape that exudes regality and represents concealing one's true self. The cape was then shed to reveal gleaming Medusa-adorned armor, a symbol of protection from the prejudices faced as a Black, queer person," Versace wrote on its Instagram. "Finally, the armor is removed to reveal a skin-tight bodysuit that represents living life as your true, unguarded self.

Or, as Lil Nas X himself told Keke Palmer on the red carpet, "It was royalty at first, then we got to the armor, then we got really sexy."

This is the second night in a row Lil Nas X has walked a red carpet in Versace. On Sunday night, he channeled both Lil' Kim and Little Richard at the MTV VMAs, wearing an off-the-shoulder, sparkling purple pantsuit by the label.

Aside from his highly-anticipated debut album, Montero, the rapper's fans have also become accustomed to his jaw-dropping, gender-bending red carpet fashion, and for the second night in a row, he didn't disappoint.

"Fashion is one of those things that I can use to feed that part of me that loves to step into new areas," he told GQ Style back in May. Nas often works with his close friend and stylist, Hodo Musa, who he says pushes him to go out of his fashion comfort zone.

"We play with textures that normally men don’t do,” Musa told the magazine, adding that the pair make an effort to work with Black and/or queer designers, including Pyer Moss, Christian Cowan, and Christopher John Rogers.

"When you align yourself with people like that, then you do magic," she said. "Good things happen.” We couldn't agree more. See Lil Nas X's magical final Met Gala look below.