QQ: Why Is My Period So Light? 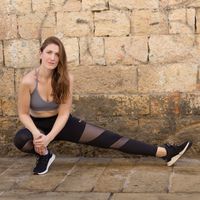 Medically reviewed by Sara Twogood, MD
Sara Twogood, MD is an obstetrician-gynecologist at Cedars Sinai with a passion for educating the public about female health and wellness.
ABOUT BYRDIE'S BEAUTY & WELLNESS BOARD
Obstetrician-Gynecologist
Fact checked by
Michelle Regalado

Most people who menstruate will experience some sort of irregularity in their flow at one time or another, but more often than not, it’s not a cause for concern. Remember, everyone’s cycle is unique to them—some are like clockwork, and others fluctuate month to month.

One concern, in particular, that is often seen at the gynecologist's office is an unusually light period. We asked gynecologists Dr. Alyssa Dweck and Dr. Sara Twogood to explain some of the reasons a period might be or become extremely light. Read on for what they had to say.

What Can Cause a Light Period?

The term ‘light period’ can refer to both the length of the period—fewer bleeding days than normal—and/or lighter bleeding and spotting. Many of the causes are very common and totally normal, whereas a few rarer ones may require further investigation.

"Contraceptives, including birth control pills, the hormonal IUD, the patch, or the shot can lighten or even eliminate your flow,” says Dweck. In such instances, usually, a light period is no cause for alarm. For example, your period on birth control (also referred to as ‘withdrawal bleeding’) is usually lighter than your cycle is when not on contraceptives.

Spotting or a very light period in early pregnancy is commonly mistaken for “just a light period,” says Twogood. “Taking a pregnancy test is a simple and easy way to rule this out.”

Whether we realize it or not, diet, exercise, and even our thyroid function can lead to lighter periods. “Things to eliminate are an under or overactive thyroid, which can cause changes to your flow, and even stress, which can trigger a loss of your period at times,” explains Dweck. “Other factors include rapid weight loss, an eating disorder, or excessive exercise, all of which can interfere with the regularity of your period.”

Alongside this, there are also side effects of non-contraceptive hormones. “Some people use progestins (used in cases such as hormone therapy) to control unscheduled or irregular bleeding, and continuous use of these can make your period very light," says Twogood.

When Is a Light Period Cause for Concern?

More often than not a light period isn't an indication of anything serious, although Dweck does advise to have an evaluation if it becomes persistent.“It may be a good idea to undergo a thorough history with a physical exam, blood work to test your hormone levels, prolactin, and thyroid function, and even a pelvic ultrasound for evaluation.”

Alongside this, she suggests ruling out pregnancy. “If there’s a chance you might be pregnant, then first take a home pregnancy test, and if that’s negative then it’s wise to check in with your gynecologist after two to three light cycles.”

When Should You See a Doctor?

As outlined, a light period can occur for various reasons, most of which won’t necessarily require a trip to the doctor. “It all depends on risk factors and other symptoms. For example, someone who just started taking birth control pills is unlikely to require an evaluation for a light period because it is expected,” says Twogood.

On the other hand, there are a few red flags to look out for, such as increasing or persistent pain, which should never be ignored. “Most of the time a light period is not an emergency, but if your light period is ongoing, it’s safer to check in with your doctor to relieve any worry," says Twogood.

Contraceptive pills, pregnancy, hormonal imbalances, and even internal scarring can cause a light period, and in most cases, it's no cause for concern. “These days, we treat the menstrual cycle almost like a window into general health,” says Dweck. "People who menstruate are usually keenly aware of what’s normal for them, especially with apps that monitor menstruation, so really any persistent or notable change in the normal cycle should be evaluated.” Bottom line: If something feels 'off' with your body, get yourself checked out for peace of mind.

11 Stories of Women and Their Birth Control, Because Talking About It Is Helpful