Plus, the bedtime ritual they both swear by.

Karli Bendlin
Karli is a senior editor at Byrdie. Before joining the brand, she held roles on the editorial teams of PeopleStyle, Allure, and Furthermore, Equinox’s digital magazine, writing about beauty, wellness, and pop culture.
Byrdie's Editorial Guidelines

Two things the Apatow household is never in short supply of: laughter and Jergens moisturizer.

During my Zoom with actress Leslie Mann and her daughter Maude Apatow, the pair ping-ponged answers back and forth in between peals of laughter, cracking jokes, and finishing each other’s sentences. It’s the kind of rapport you usually only see on the screen, which explains why the duo shares so many of the same acting credits—they have a natural comedic chemistry that even some of the funniest people in Hollywood would struggle to recreate.

Teaming up on projects comes as naturally to the Apatow family as sharing a Netflix account does to others. Maude and her sister Iris have acted alongside their mom in comedies like Knocked Up, Funny People, and This Is 40, all written and directed by dad Judd Apatow.

More recently, Leslie and Maude played themselves in a series of commercials for Jergens—another partnership that seems to come naturally since they both talk about the products in a way that makes it clear they’re genuine fans. To celebrate the new Jergen’s Mother’s Day campaign—Mann has been an ambassador for the brand for years—we caught up with the mother-daughter duo to talk Zoom filters, Euphoria beauty trends, and the makeup products they absolutely can’t live without.

The One Thing That Keeps Their Skin Glowing

Mann: The Jergens Wet Skin Moisturizer ($8) on wet skin or dry skin. Also, green juices, vegetables, water, sweating, and just taking care of yourself. And that thing on a Zoom call that we just figured out.

Apatow: The beauty filter. You always need a good filter.

Mann: We just realized you can crank it all the way up to 100.

Apatow: Mom, you can’t tell people that! We just look this good because we’re so moisturized. [LAUGHS] 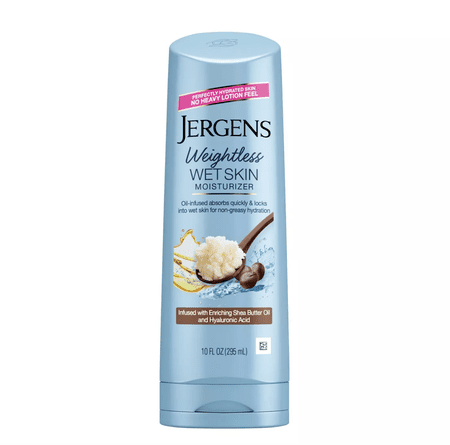 The One Beauty Tip Maude Learned From Her Mom

Mann: What is the best beauty tip I taught you about? There are so many good ones. [LAUGHS]

Apatow: I know it sounds like I’m plugging, but probably the Jergens Wet Skin moisturizer. You have always told me to use that because I used to not wear any lotion, and I was looking a little crusty.

Leslie: Yes, keep moisturizing, and use a lot of Jergens Cherry Almond Lotion ($10) on your body. It’s a really good one, but the Wet Skin moisturizer is actually one of my favorite things. On dry skin, it’s the best. I use it when I’m working when I want my skin to look super glowy. But on dry skin—that’s the trick.

Exclusive: Leslie Mann and Maude Apatow on Hero Products, "Euphoria," and How to Stay Grounded

The One Beauty Lesson Leslie Has Tried to Teach Her Daughter

Mann: Not to over-pluck her eyebrows, just don’t pluck them. And look how nice they are! I over-plucked, and now they’re filled in, but without anything on my eyebrows, I have none left.

Apatow: But that’s because it was a trend in the ‘90s.

Mann: I had the thin brows, but then they didn’t grow back. I tell all of Maude and Iris’s friends not to pluck their eyebrows.

The One Beauty Product They Can’t Live Without

Mann: Lip gloss. I love so many different lip glosses. Right now, the Laneige Sleeping Mask ($22) is the thing I probably couldn’t live without. The La Mer Lip Balm ($70) is amazing also—I always have to have some kind of lip product. Iris makes fun of me calling it lip gloss when it’s really lipstick.

Apatow: I really like the Ilia Super Serum Skin Tint ($48) right now and the Melt Cosmetics Cream Blushlight ($22). I also really like the Charlotte Tilbury Beauty Highlighter Wand ($38) in Peachgasm and Pinkgasm. You can’t get it anywhere now. I went into the most random Sephora to find it, and they had one left.

Mann: I’m going to steal it from you. 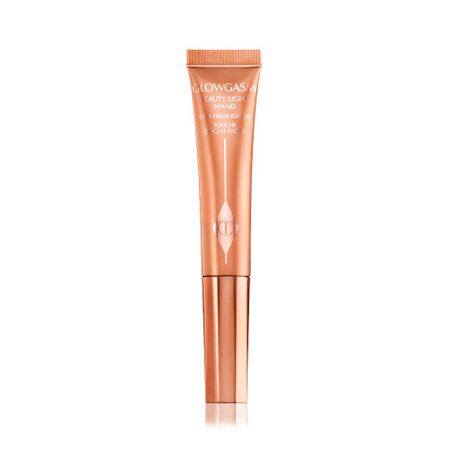 The One Thing That Helps Them Stay Energized During the Day

Mann: Meditation. I usually get tired around like 11, and I meditate for 20 minutes and feel completely energized afterward. It’s been really helpful during the past year when things have been really stressful. I try to get Maude and Iris to meditate. I’ll send them links to different guided meditations and say, ‘You should do this one, and here’s why,’ and they never respond. They don’t do it, but I feel like they will one day.

Apatow: Mine is probably matcha. I quit coffee and switched to matcha.

Mann: That is smart because you crash from coffee. Who told you to do that? [LAUGHS]

The One Ritual They Always Do Before Bed

Mann: I always get a little back rub from my husband. We usually watch some kind of murder show, like Dateline, and for some reason, that calms me down. Maybe because it’s more chaotic than anything that could be going on in my head, and then he gives me a back rub.

Apatow: I fall asleep to murder podcasts because of that. It makes me feel so relaxed; I just pass out instantly.

The One Beauty Secret Maude Learned on the Euphoria Set

Apatow: I never used to wear any bold makeup looks, and then having to wear makeup for work opened my eyes. The other day I was wearing a mint eyeshadow, and I never would’ve thought that would be a good look. There are just so many different eyeshadows and fun things to do with makeup that I didn’t think I could pull off before. Still not sure if I can. [LAUGHS]

Apatow: I’ve done some glitter eyelids and some wings with rhinestones.

Apatow: Or with big chunks of glitter in the shape of stars.

The One Thing Leslie Wishes Everyone Knew About Being a Mom

Mann: Going into motherhood, you think it’s going to be one way, and then you’re shocked every day that it’s not that way at all. I’ve learned all of my most important lessons in life from my kids. I’ve learned how to be selfless and kind and how to love. You think that you’re going to be the teacher and the one in control, and it’s not that way at all. They teach you just as much as you teach them. I feel like I’m a much better person after becoming a mother.

The One Upcoming Project They’re Most Excited About

Mann: I just got back from England, I was there with my husband and my other daughter Iris, and we were shooting a movie called The Bubble. It’s about a group of actors trying to make a movie during a pandemic. I’m also doing an Amazon show called The Power based on a book about girls who develop the ability to electrocute people and how that shifts the power from men to women. It’s really good.

Apatow: I’m shooting Euphoria season 2 right now for the next couple of months, but I don’t know when it’s coming out. I don’t have the info either, so I can’t do spoilers.

Mann: No, they don’t tell you either, huh.