From Romeo to Gatsby. 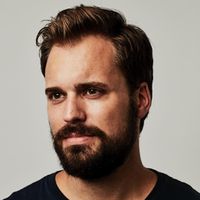 Leonardo DiCaprio has as many iconic hairstyles as he does film roles. First came the windswept styles behind Romeo + Juliet and Titanic, when the actor launched into the stratosphere. Those were a sharp contrast from the gruffer, scruffier mane in The Revenant, for which he finally won an Oscar. (The hairstyling got an Academy nod that year, too.)

Still, the best Leonardo DiCaprio hair moments happen offset, since he always seems to be readying a new role with some new memorable look. Between those shoots, he's spotted on red carpets sporting some subtle shift or seismic change. The hairline has stayed locked over the years, but the styles have changed drastically. And even some of his earliest looks, from those mid-90s heartthrob days, are back in style today.

Leo is a good example for how one type of hair/hairline can be modified for different styles, and at a variety of different lengths. You'll note that he has a cowlick at the front of his hair, which creates a unique center part. Sometimes he styles against part, and other times he incorporates the cowlick into his styling. Regardless of how your hair differs from his, pay attention to how very subtle changes can make a big difference in the below portfolio of Leo hairstyles.

And speaking of good hair, we spoke with two of YouTube's most famous hair experts, Emil and Rasmus Vilain Albrechtsen of Slikhaar TV — two brothers who have re-created virtually every hairstyle on record with their generous coiffage.

Keep reading for the best Leo DiCaprio hair looks, and how to replicate them.

"It may date back to 1995, but it might as well be from today," says Rasmus. "This is what lots of young guys look like at the moment. The hairstyle has a casual vibe to it, and it is easy to maintain. You don't need to use a lot of styling products to just keep your hair smooth. Try a good leave-in conditioner or hair oil." We at Byrdie like R+Co Sun Catcher Leave-In Conditioner ($32).

This look helped cement Leo as the ’90s heartthrob. "Now THIS is a classic Leo look! Side part and bangs. Straight hair is needed to obtain this one," Emil says. "Again, it is easy to maintain, since the length can vary, and the hairstyle will still work. To style this look, add pre-style heat-protection spray in towel-dried hair and blow-dry into place with a skeleton brush. Add a mud wax with shine and good hold to almost dried hair. I recommend By Vilain Silver Fox Hair Wax ($22)—it’s made for hairstyles like this one."

This look is Robert Pattison's predecessor for masterful artful dishevelment. "For this hairstyle to work, you need to build volume," says Emil. "Preferably with a clay wax and just your hands as the tool." Try American Crew Molding Clay ($18) for high hold and medium shine.

Here, Leo leans into his cowlick and gives it a hand-tousled sweep back with lots of volume and texture. "This is easy to uphold and style with minimum effort," Rasmus assures. "Use a mud wax with high hold and no shine. We made By Vilain Gold Digger Wax ($22) for this exact kind of style."

"The man bun is still going strong. You either love it or hate it," Emil says. "No matter how you feel about the hairstyle, we can probably all agree that Leo wears it well. It requires length and, beyond styling, maintenance in the form of haircare." (Think: good shampoos, conditioners, hair masks, regular trimmings, and the likes. In other words, it takes a lot of time and effort to look this effortless!)

Leo's side-swept looks always have some kind of dramatic swoop to them—perhaps due to the rounded nature of his cowlick in front. "Another no-effort look, this is probably the result of using minimum styling products," notes Rasmus. "Simply blow-dry with a pre-styler and a skeleton brush or a comb, and you’re good to go." Another pre-styler we love at Byrdie is EVO Day of Grace Pre-Style Primer ($29).

"This on-set style is a shorter version of the previous look, with the addition of texture on the layers," says Emil. "The key to this result is blow-drying. Add a light styling product to wet hair, section the hair, and blow-dry. That’s it." (At Byrdie we love Rudy's Invisible Cream, $18.)

Leo didn't realize it yet, but he was auditioning for his future role in The Wolf of Wall Street with this brilliantly slicked-back style. Notice how they utilize his sprawling cowlick to create a sweep that uniformly falls back, rather than a defined hair part sweep. "This is easy to style with a comb and some mud wax or pomade either in wet hair or dry hair," Rasmus says. "That really depends on what result you’re going for." (The wetter the hair when you style it, the slicker and more business-ready it will be.)

"This is a casual spin on the slicked-back hairstyle we saw before. It almost looks like a second-day version, restyled with dry shampoo," says Rasmus. Everybody loves Oribe Gold Lust Dry Shampoo ($48).

A buzzed-down Leo looks almost like Chris O'Donnell from the same era, and it showcases the curvature of that natural cowlick in front. Rasmus advises not trying to do this at home, even if looks like a doable DIY buzz. Instead, go for a crew cut done by the barber, and make sure to keep the sides shorter than the top, he says.

"This is a timeless hairstyle for those who don’t want to attract too much attention," Emil says. "Style with your hands and your preferred high-hold product. Easy really." (We think V76 Molding Paste, $21, would do the job and provide good texture and movement.)

"Quite similar to the previous style, this differentiates with the longer front. To get the hairstyle into modern times, I’d suggest shorter tapered sides for a clean and sharp look," says Emil.

Of the roster, this is probably one of the riskier looks, and we're torn on how well Leo pulls it off. It's a forced part against his center cowlick split. We do support taking risks, though, and this one probably utilized a high-hold, medium-shine pomade, combed and blow-dried into place. Blind Barber Premium Pomade ($20) would probably do the trick.

"This classic short comb-over has a polished aesthetic to it and it complements most heads," Rasmus says. "It's best worn with minimal facial hair, since it looks great when the guy looks especially cleaned up." Leo's manicured, short goatee passes the test.

This contemporary version of the slick back has a signature Leo embellishment with that swoop that falls down across his brow. "This style is loose and light, with volume and texture on top," says Rasmus. Try a lightweight texture cream, like Cremo Barber Grade Texture Cream ($18).

"The proportions here are nailed to perfection," Rasmus says. "This hairstyle can only be done with a good blow-dry/pre-styling spray, and a good amount of dry and strong mud wax. You must have a wide tooth comb for this style." Try By Vilain's Silver Fox Hair Wax ($22) and Sidekick Pre-Style Spray ($22).

This one is a terrific execution of the hair parted against its natural proclivity, again probably styled with a high-hold, medium-shine pomade.

Short With a Clean Shave

A little hair color, a clean shave, and hair parted against the forced cowlick can create a world of difference, aesthetically.

There's the signature Leo swoop again, with extra length on it this time. "The slick wet look is super easy to pull off, since you don’t have to blow-dry. Just add a strong wax in towel-dried hair and comb back, using a wide-tooth comb," says Emil. Try By Vilain XL Comb ($14) with Silver Fox Hair Wax ($22).

Again with the swoop, now swept across his hair the opposite way, while everything else goes against the natural center part. American Crew Pomade ($16) should give the perfect high shine, medium hold required here.

Another execution on the casual back-swept look, this time with the swooping coming from the sides and flowing back, rather than falling across and over the top. "This only takes five minutes of blow-drying in the morning with pre-styling products," Rasmus says. (Like By Vilain Sidekick Pre-Style Spray, $22.)

This one looks like Leo is straight off the set of The Revenant, and the beard adds a nice grit that we didn't see in the 2001 man-bun look. "You can tame this style with a strong mud wax," says Emil. By Vilain Gold Digger Wax ($22) is a prime candidate.

"A tip for everyone with longer hair on the sides is to get your edges trimmed every second week so you look groomed at all times," Emil says. "By the look around Leo's ears, you can tell that it’s about time to sharpen the details."

Another opposite-side hair swoop, this time with a pompadour effect in front—not a thing we usually see on Leo. "This is difficult with the swirl in the bangs, but he pulls it off," Rasmus says. "If you have a swill like that, style it with a blow-dryer on full heat."

Here's another pompadour/quiff look, now swept the opposite direction from the previous look, with some good geometry falling across the sides. Sometimes, on older guys with slightly recessed hair, this comb-over with a fall across one side can help soften the recession, visually. By parting it on one side and masking the opposite side, it de-emphasizes any receding. (Though, to be fair, Leo has kept things pretty locked and loaded across that hairline.)

"Blow-drying is the key to make the quiff stay in place," Emil says. "Apply a medium mud wax (By Vilain Wax Zero, $22) and create the waves with a skeleton brush."