I Tried Lash FX Magnetic Lashes—Here Are My Thoughts

I hate false lashes. I fully appreciate that the best ones can make you look instantly more awake and fluff up flimsy eyelashes, but I just can’t seem to get on with them. My best friend wears hers every single day. They’re the size of a baby's hands (well, kinda) and she looks incredible in them, here’s proof. But on myself, I’ve never quite got to grips with the glue and the faff and the fiddliness, so instead I rely on 3654 coats of mascara (Christian Louboutin Beaute’s Les Yeux Noirs Lash Amplifying Laquer, $75, is pricey but brilliant at faking falsies, or try one of these equally brilliant drugstore mascaras) to get a similar effect.

But then Lash FX’s Magnetic Lashes ($16), which are out 8 December, became a thing and even though I’ll admit that I thought these would be one of those useless JML-type devices you buy and never use, the internet’s persistence that these little fans of minuscule hairs are nothing short of life-changing had me desperate to try them out. Keep scrolling to read my full review. 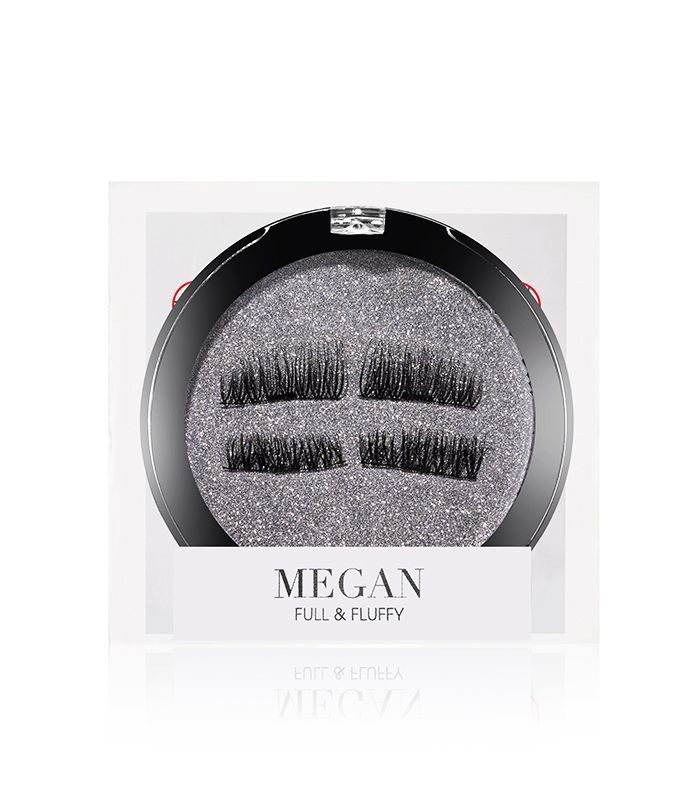 At first glance, the packaging isn't super luxe, but I guess you should never judge a set of false lashes by their weird plastic casing, should you? They come in four varieties (Gigi, Bella, Megan, and Rosie) and I’m sure it won’t take much to work out who each was inspired by. I tried Megan: A pair of thick, voluminous lashes with lots of little hairs packed tightly next to each other.

Unlike regular lashes, you don’t need lash glue, which is a massive tick from me—I hate how sticky adhesives go and they never seem to dry completely clear. Instead, you simply place one layer of lashes on top of your own and a second layer goes underneath. At the very middle of the lash line are two small magnets that click together once you’ve got them lined up perfectly, which is much easier than it sounds.

On the eyes, this pair looks super fluffy, which is an effect pretty tricky to replicate with waxy mascara, and although it was evident I had done something to my eyes, it wasn't immediately obvious that I was wearing false lashes at all.

It did take me a while to get used to the weight of them (remember, I never wear false lashes anyway), but I soon forgot they were even there and wore mine for them for a good few hours without them slipping even a millimeter from where I had secured them.

However (and it’s a big however) because the magnets sit at the center of the lashes, the ends do have a tendency to flap about a bit, so you’d probably benefit from a tiny dot of glue at the inner and outer corners of the eye, although I’m aware that kind of defeats the purpose.

Now, I’m not sure these have me completely converted to a false lash wearer just yet, but for a special occasion, I might whack them out again (they’re reusable after all). Then again, anyone who's already au fait with strip lashes will find these a fiddle-free godsend.

Not sure about the magnets? These are the best traditional false lashes you'll find on the internet.