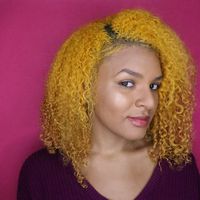 How Is Laser Liposuction Different? Is Anesthesia Required? Are Results Actually Permanent? Which Brands Are Best? Who Is an Ideal Candidate?
Can It Be Done on the Face? Is There a Treatment Limit? The Side Effects Recovery Time and Post-Treatment Care

Laser liposuction is the newer, less-invasive way to remove excess fat from targeted areas of the body. Here to break down everything you need to know about the procedure, side effects, and results is New York-based plastic surgeon Dr. David Shafer.

What Is Laser Liposuction?

Laser liposuction is a minimally-invasive fat-removal treatment whereby the area of desired removal is pre-treated with a laser fiber below the skin to melt away fat.

Liposuction is a cosmetic fat removal technique that was first recorded in the 1920's by French surgeon Charles Dujarier. Today, the process involves using a suction cannula, which is a thin tube that gets placed inside a surgical incision for fat removal.

A near-identical procedure is applied to a laser liposuction treatment, but just as the name suggests, there’s a laser involved. In Shafer’s own words, with “Advanced technology such as laser liposuction, we still use the suction device, however, we pretreat the fat with a laser fiber below the skin to melt the fatty layer. This allows us to achieve a smoother shape.”

Dr. David Shafer is a New York City-based plastic surgeon specializing in natural-looking liposuction, breast augmentation, and Botox treatments. He trained at the world-renowned Mayo Clinic and is a Castle Connolly Top Doctor.

According to Shafer, the added benefit of using a laser means the treated skin is stimulated and creates a tighter post-operative effect.

For enhanced results, Shafer recommends choosing a surgeon that uses Power-Assisted Liposuction by MicroAire, which vibrates quickly to break up the fat and consequently reduces the actual force needed to remove the fat. “This helps remove more fat in less time with less trauma to the body,” he adds.

How Is Laser Liposuction Different?

With quite a few laser-based treatments on the market that claim to remove fat, it can be hard to choose or know the difference. However, Shafer explains that the word “laser” is a general term. All of the technologies differ in terms of what type of laser it is and its subsequent application.

Laser liposuction in particular is different from the rest in that it’s a minor surgical procedure that uses an intense fiber-optic laser below the skin. According to Shafer, these lasers allow a doctor to use higher temperatures so the tool doesn’t have to go through the skin’s surface in order to get to the fat.

Using a combination of varied wavelengths and heat creates a process that’s known as laser lipolysis by medical experts, which is a fancy way of saying it melts body fat. The procedure is then followed up with the suction cannula, which is also used during a traditional liposuction procedure.

When compared to its non-invasive laser counterparts like SculpSure, CoolSculpting, and EmSculpt, laser liposuction may be the better choice for individuals who want more instantaneous, dramatic results.

Since laser liposuction is a minimally invasive procedure, using some form of sedation is necessary so you won’t feel pain. Though it’s important to note that in most circumstances, anesthesia is a separate cost from your procedure, so budgeting out in advance will make financing easier.

When it comes to selecting the type of anesthesia, there are a few options available. “For smaller areas such as the lower abdomen, back, knees, or chin, laser liposuction can be done under local anesthesia. If larger areas are done or if a person is getting multiple areas treated at the same time, an IV or general anesthesia is required,” Shafer explains.

Laser liposuction is categorized as a permanent fat reduction treatment thanks to the suction method that physically extracts the fat. Despite this fact, it’s important to maintain a healthy and well-portioned diet (and workout routine) to ensure you have long-lasting results.

Laser liposuction lasts forever, but the treatment doesn't prevent you from gaining future weight. It's important to incorporate a healthy diet and exercise routine in order to maintain results.

If this isn’t done, recipients risk having any remaining fat cells grow in size: “Liposuction lasts forever. However, a patient needs to realize that if they eat calories, the calories have to go somewhere,” Shafer says.

Which Brands Are Best?

There are a handful of laser liposuction brands on the market, but not all machines are created equal. These are Shafer's top three picks for patients who are trying to find trusted and FDA-approved lines:

Like most things in life, laser liposuction is not a one-size-fits-all procedure. Determining whether someone is a candidate typically requires an evaluation by a qualified, experienced, board-certified plastic surgeon. However, candidates who receive the best results practice a healthy diet and lifestyle that includes exercise.

Men and women are equally good candidates. though Shafer notes that most men target the chest, love handles, abdomen, and chin while most women target the abdomen, lower back, inner thighs, and knees.

Health conditions that may disqualify a candidate include (but are not limited to) heart disease, lung disease, and pregnancy. And while smoking is not an absolute contraindication, it must be stopped at least three weeks prior to the procedure, and smoking certainly increases risks of infection and poor healing.

Can Laser Liposuction Be Done on the Face?

When it comes to getting rid of unwanted facial fat, laser liposuction may be one of the most effective procedures you can elect to. In Shafer’s own words, it is effective in the double chin region because “the fat can be suctioned out while the laser helps tighten the deeper tissue.”

However, if you’re looking to treat your cheeks, laser liposuction is not a good option. “There are important nerves in the area of the buccal fat, and it would be dangerous to use the laser in this area or blindly introduce a suction device,” he explains.

Is There a Treatment Limit?

For patients who are concerned about what will happen if they got laser lipo multiple times, this is actually safe enough to do more than once. There's no universal limit, but in most cases getting the procedure done one time is more than enough. This is a stark contrast to its non-invasive counterparts, which may require multiple treatments over a course of months—while laser liposuction is generally done one time per area.

Shafer also notes that it’s not uncommon for patients to combine laser liposuction and 360 liposuction simultaneously for areas like the abdomen and back.

Although laser liposuction is a minimally invasive procedure, it’s still surgery and it shouldn’t be taken lightly. There are risks involved like any other surgery, however, laser lipo is generally quick and easy when compared to other fat reduction surgeries.

Even though it's classified as minimally invasive, laser liposuction is a serious procedure. You should expect to take time off from work, the gym, and other regular activities.

While infection is likely rare, he says, patients are usually given a dose of antibiotics at the time of surgery.

Burns from the laser may be rare, but Shafer drives his point home again that a procedure like this should only be done by a board-certified plastic surgeon. This is the best way to minimize risks.

Your body will require some significant recovery after laser liposuction, including taking off from work. The extent of the downtime really depends on the areas treated and the overall condition of the patient. “For small areas, patients can often return to work in a few days. For multiple areas, patients usually take about week off of their normal activities,” says Shafer.

Patients may be advised to wear compression garments that are similar to Spanx, which are meant to help minimize swelling and smooth the skin. Shafer also advises patients to implement a lymphatic massage.

When it comes to sun exposure, going outside post-surgery is likely not as detrimental as it is with the non-invasive laser treatments that are placed on the surface of the skin. Laser liposuction is administered under the skin, so the epidermis should not be as sensitive. But as always, sunscreen should be applied everyday to help prevent cancer risks and premature aging.

Our editorial director tried EmSculpt and it gave her abs IRL
Article Sources
Byrdie takes every opportunity to use high-quality sources, including peer-reviewed studies, to support the facts within our articles. Read our editorial guidelines to learn more about how we keep our content accurate, reliable and trustworthy.