Kylie Jenner Is Officially One of the Richest Women in America

Kylie Jenner has a knack for delivering us a daily dose of media frenzy. (Just two days ago, our office was buzzing with her recent makeunder—and no, we've never uttered the term "dissolved" as many times in 24 hours before.) But today, Jenner has the world agog for a different reason entirely—her riches, baby. Yep, the 21-year-old business owner is on the cover of Forbes as part of its annual ranking of America's 60 richest self-made women. With a bellowing title, America's Women Billionaires, sitting squarely below her tightly crossed arms and phrases like "$900 million," "cosmetics queen," and "extreme fame leverage" anchoring her power stance, the undercurrent is fascinating, to say the least. Oh, and then there's the fact Jenner pretty much attributes her success to her insane social media presence. For a taste, her current following on Instagram sits at a not-so-quaint 110.8 million with her Twitter account nearing 26 million.

"The most successful women entrepreneurs in the country are increasingly taking advantage of technology including social media to help them launch and grow businesses," says Luisa Kroll, Forbes's assistant managing editor, wealth. "That's one reason why we've seen a notable influx of Instagram-savvy moguls like 21-year-old Kylie Jenner in the ranks of America's richest self-made women."

And later in the interview, Jenner herself affirms the statement, stroking social media as an "amazing platform" which has led her to have "such easy access to [her] fans and [her] customers." Strategic? We think yes. Also impressive? The business owner is just that—a business owner, and unlike many other young entrepreneurs, Jenner finds herself in a unique position in that she owns 100% of her business and, as the magazine states, "has built a $900 million cosmetics fortune with virtually no employees or capital." Kylie Cosmetics is also relatively young, as it only just launched two years ago and has since made over $630 million worth of beauty loot. In terms of net profit, Forbes cites the brand has already gained roughly $230 million, and later this year, Jenner will likely sit atop a new scintillating throne as the "youngest-ever self-made billionaire." A title, mind you, previously held by the likes of Bill Gates and Mark Zuckerberg. Casual.

Of course, money talk and business strategy aside, we also couldn't help but admire Jenner's on-point makeup look she worked for the cover. (Hey, we're beauty editors, after all!) Thus, we took it upon ourselves to place our very best guesses as too which makeup products are also gracing her on the glossy pages of the magazine. Keep scrolling for our predictions. 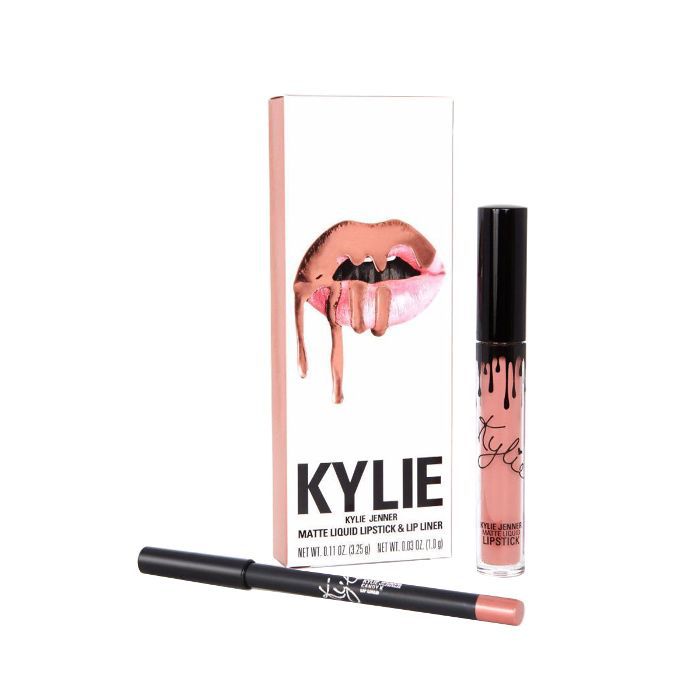 She's sorting a perfectly matte (and nude!) lip on the magazine's cover, so we're left to assume it has to be her supposed favorite shade in her Lip Kit repertoire: Exposed. 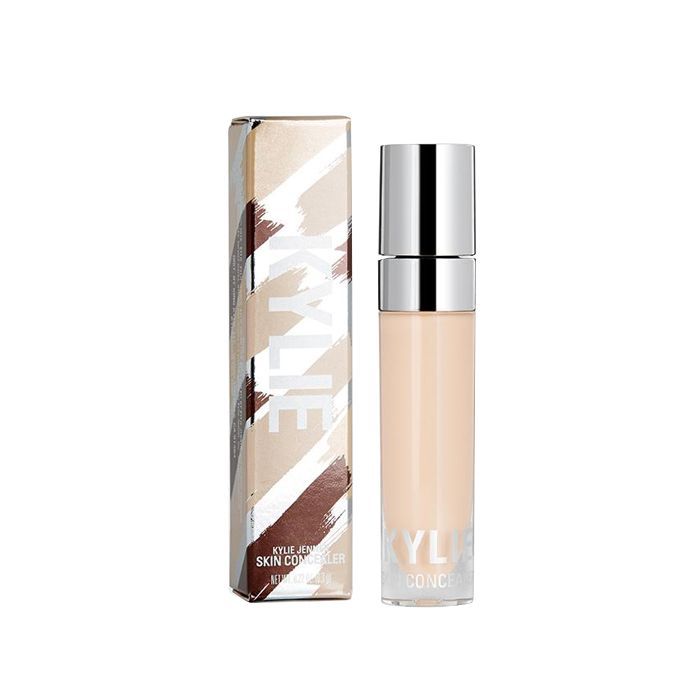 When you're almost a billionaire, you can afford to not have dark circles. But also, we think she might be wearing a touch of this expert concealing formula, too. 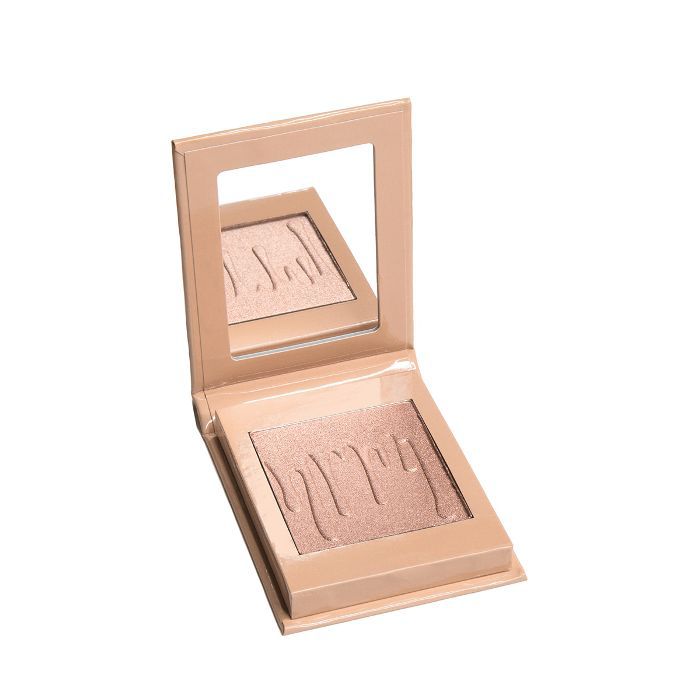 Jenner recently told Vogue this is one of her all-time favorite highlighters. Therefore, no sleuthing needed for this one. 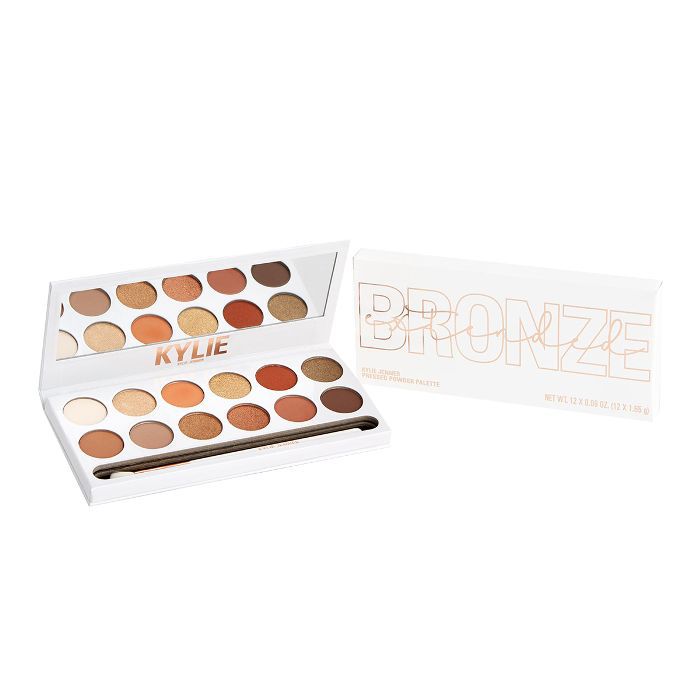 With a wash of neutral bronze on her eyelids, she is showing off a shimmer that, we assume, has something to with this palette. It has a history of selling out. 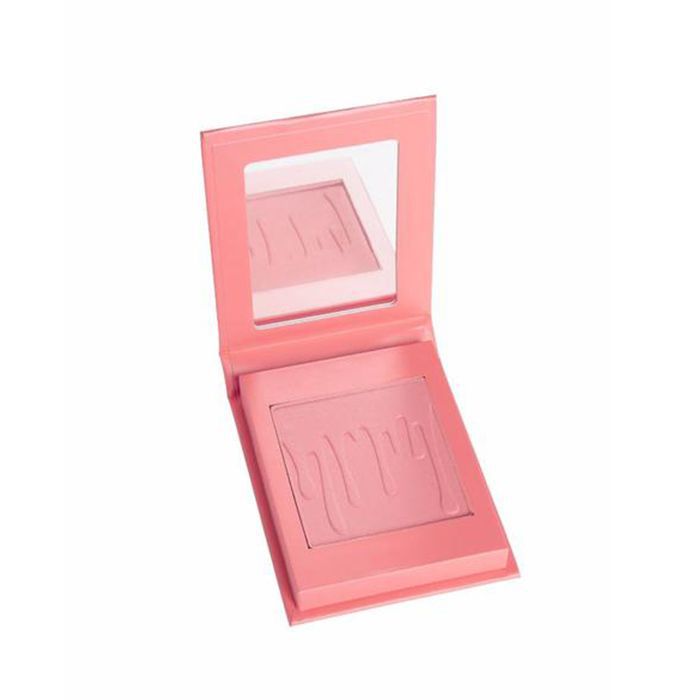 Jenner loves blush, and this scandalously named shade is her prized hue. 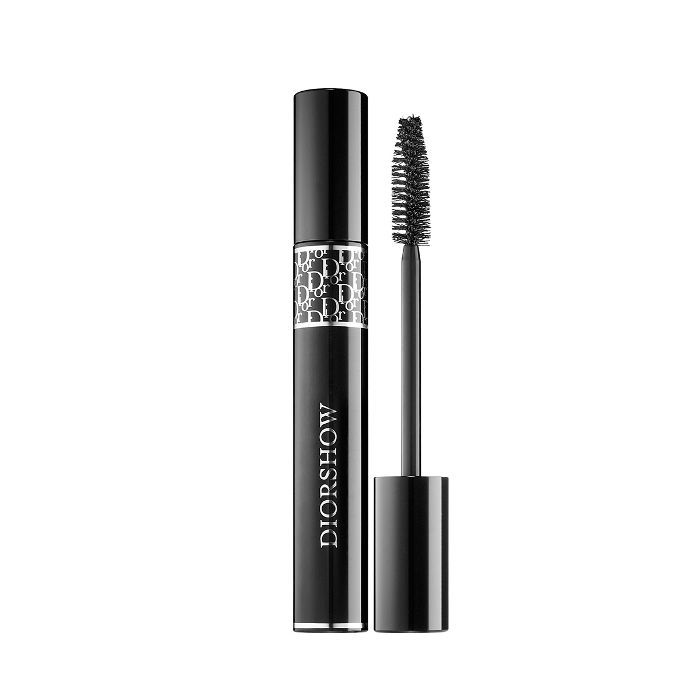 In that same video with Vogue, Jenner concedes she's naughty and ignores the rule that eyelash extensions and mascara don't mix. Her affair of choice? This cult-favorite formula from Dior.

Next up: Watch Kylie Jenner "drown" herself in blush—and all of her other favorite makeup products.