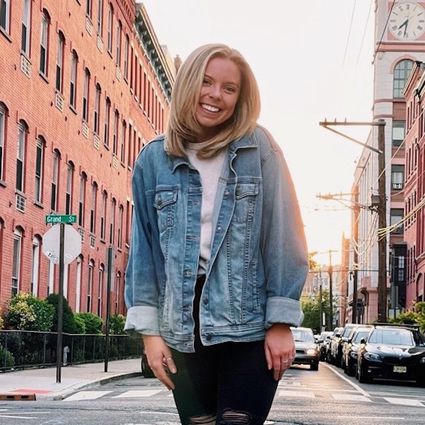 Kylee is a freelance writer for Byrdie. Her work has been featured in Philadelphia magazine, Hearst’s Popular Mechanics, and more.

Kylee’s first professional editorial experience was as an intern at Philadelphia magazine during the summer of 2018. She produced digital content for the BizPhilly section of the magazine, covering topics such as business and technology. Most recently, she has been writing commerce content for Hearst’s Popular Mechanics, as well as producing digital content for Best Products as a freelancer. During her undergraduate experience at Penn State, she was a web and print writer for VALLEY Magazine, and eventually served as the Self-Improvement Editor. She’s produced content ranging from beauty and health, to self-improvement and entertainment.

Kylee graduated from Penn State University in May 2020 with a BA in Journalism and a minor in French. During undergrad, she took classes such as magazine writing, iPhone journalism, and podcasting, just to name a few.