Aside from a long love affair with platinum blonde and a short stint with bubblegum pink, Kim Kardashian-West has remained loyal to her raven-haired tresses. We've come to expect to see her hair dark, shiny, and parted down the middle. Maybe she was luring us into a false sense of hair color security, or maybe she's working on another one of her Internet-breaking photoshoots, because according to the Daily Mail and ET Canada, she was just spotted sporting bright red hair.

It's a color we've never seen on the reality star, and one we never thought we'd see at that, which is why it took us by such surprise. But maybe that's the point? After all, Kim has never been one to shy away from a statement look. Keep scrolling to see Kardashian's new hair.

The new look was clearly created to match her fiery patent red ensemble. Since we're so used to seeing Kim wear neutrals (or monochromatic washes of neon), we're assuming this out-of-the-box look was snapped by paparazzi as she was leaving another LA photoshoot. What for? We'll have to wait to find out. We'll also have to wait and see if this new red 'do is a result of hair dye or a very well-placed wig, although it seems worth noting that her hair looks to be the same length as it was before the transformation.

Kardashian took it upon herself to share some content with her followers, posting a close-up (and rather grainy) video to her Instagram stories, which showed her licking a cherry red lollipop. It was very on-theme with the paparazzi pics we saw before it and gave us similar Poison Ivy vibes.

Chris Appleton is the celebrity hairstylist to thank for Kim's fiery transformation, or so it seems. He posted this photo to his Instagram, captioning it "Spicy. Who is in to the new Red hair?" Appleton has been Kardashian's go-to stylist for years now, so we're not surprised she called on him to convert her from the dark brunette she was before to the daring red head she is now. 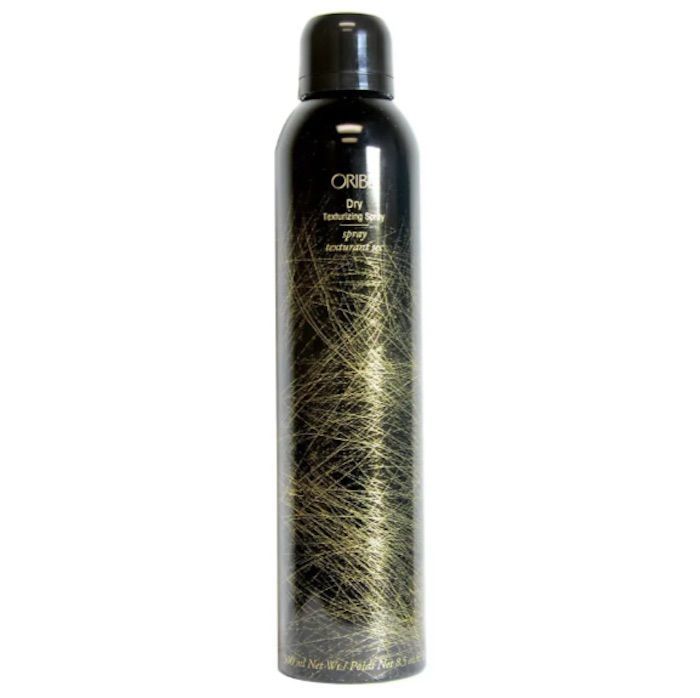 Whatever the purpose or project, the new look is inspiring us to break out our texture spray. After all, Kim's tousled deep side part is certainly a dramatic departure from her usual slicked-down middle part look. We like using Oribe's Texture Spray, which gives our hair lightweight body and definition without any of the grit that comes with other texturizing products.

Next, check out exclusive behind-the-scenes photos showing Awkwafina getting ready for the Oscars.