I Took a Master Class With Kim K.'s Makeup Artist—Here's What I Learned

If you happened to pass by the Screening Room at the Crosby Street Hotel you would have seen a small group of women in the audience, swiftly typing on their phones while a man at the front of the room applied makeup to a model. Given the individuals’ seeming interest in their phones and not the man, you may have assumed you had walked in on an incredibly boring presentation. You would have assumed wrong.

These women were beauty editors, and the man at the front of the room was none other than Mario Dedivanovic, aka @makeupbymario, of Kim Kardashian West–sculpted-cheekbones fame. We weren’t tap-tap-tapping on our phones out of apathy, but rather a frantic desire to jot down every last tip Dedivanovic casually dropped, as he demonstrated his signature bronzed, glowing look on the model. Perhaps unsurprisingly, West’s makeup artist has the type of soothing demeanor and lilting voice that washes over you like a Xanax and puts you in a semi-meditative state, which would be great if he wasn't spilling mind-blowing beauty tips left and right. So, I resisted the strong urge to sit back and watch him sculpt, shade, and transform the model’s face in front of me, and did my best to record every tidbit he shared—and trust me when I say there were many. From sandbagging to the bobby pin ear trick (it’s as weird as it sounds), keep scrolling to find out everything I learned.

Instead, he starts by brushing the natural brows up using a spoolie then lightly fills them in with a brow pencil in the outer corners. As a finishing touch, he defines the shape by taking a brow brush and brow powder one shade lighter than the pencil to set everything in place.

Try an Ombré Brow (Sort Of)

Dedivanovic's best tip for women with thin brows? “Apply less brow product on the inner corners and more product on the outer corners; then brush it out with a spoolie,” he says. This will help your brows look fluffy and enviable but still natural.

Swap Out Your Eye Shadow Primer

Instead of eye shadow primer, Dedivanovic says he applies a light wash of foundation on his clients’ eyelids, then sets it with translucent powder before applying eye shadow. “It does the exact same thing as eye primer,” he promises.

Dedivanovic isn’t a fan of face primers, either. “I never got into face primer,” he says. “Moisturizer works really beautifully as a primer, especially when you use loose powder. It holds onto moisturizers and looks natural, not powdery.” He likes Kiehl’s Ultra Facial Moisturizer ($22). 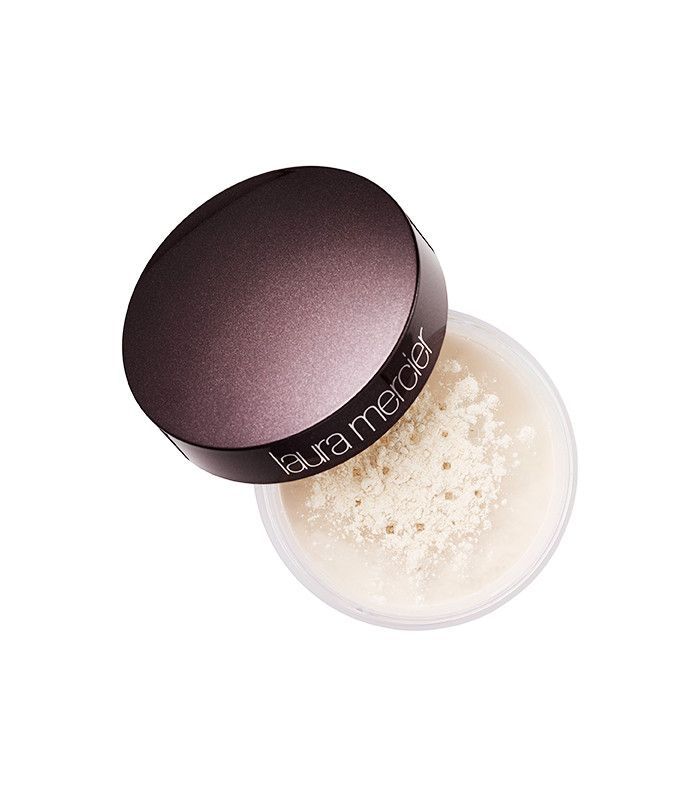 All of us were keen to know the exact foundation brands Dedivanovic counts on, and he easily rattled off three that never fail him: Tom Ford, Bobbi Brown, and Laura Mercier.

Get Creative with Loose Powder

“On shoots, I barely ever use powder,” he told us. “On clients and for red carpets, I only use loose powder.” He swears by the iconic version from Laura Mercier, which he doesn’t just dust all over the face with a light, fluffy brush. He mentions baking, a technique where you allow the powder to set and “bake” before dusting it off. (He does advise anyone with aging or mature skin to avoid this technique because it might cause your makeup to settle into fine lines). Or there’s sandbagging, which is similar to baking and involves using a damp makeup sponge to pat a thick coat of translucent powder on top of your under-eye concealer (Dedivanovic specifically says to be “heavy-handed”). After a few minutes, dust away the excess with a fluffy brush for bright, crease-free under-eyes.

Use a DIY Makeup Brush Cleanser

A dirty makeup brush is not only unsanitary, it's bad for your skin. Dedivanovic told me he mixes baby shampoo and tea-tree oil (“It has antibacterial properties!") to rinse and clean his makeup brushes.

Be Generous with Concealer

The secret to Kim Kardashian West’s airbrushed-looking complexion? Heavy concealer use, apparently. Dedivanovic swipes a peach-toned concealer (he likes the NARS Radiant Creamy Concealer $30) with a heavy hand in key areas on his client’s face. “I blend it out with a Beautyblender ($20), and it looks good in photos and polishes the face,” he says. “If I was doing makeup on myself, I could use my finger to blend as well.”

Dedivanovic also works with clients with darker skin, like Naomie Harris, Gabrielle Union, and Jourdan Dunn. When asked if he changes his technique for darker skin tones, he says the amount of makeup you apply and blend is different. “You can intensify it for darker complexions, and it will still look natural because darker skin tones absorb more light,” he reveals. (Here are some more makeup artist–approved tips for darker skin tones, by the way). He also discusses reverse contouring on someone with very dark skin tones, where you bring out the higher points of the face instead of accentuating the shadows.

“On really fair skin, I’ll use a really pale blush that’s almost taupe—a soft shade with gray undertones and natural shadow,” he says. (Here are some tips on how to contour if you're really, really pale and some blush shades that are super flattering on the super fair).

Opt For a More Natural Contour

A collective gasp was heard around the room when Dedivanovic uttered this sentence: “I’m trying to bring back a more natural look for Kim.” Could it be true? Could the queen of contour, full lips, and mile-long lashes be jumping on the no-makeup makeup bandwagon? (This photo proves yes, possibly.) “Contouring is a heavier look,” Dedivanovic explains. “It’s like the anti-fashion. Fashion is about being more clean and modern.” But there’s no denying the life-changing effect contouring can have, which is why Dedivanovic says you can still contour but with a lighter hand. For example, try using a cream formula like Tom Ford’s Shade & Illuminate ($88) palette and blending it out with a Beautyblender. “It’ll always be around,” he admits. “Once people do it and know how to do it, it’s life-changing.”

We watched in awe as Dedivanovic blended a soft line across the model's entire lower lash line. But wait—isn’t that a no-no? “If someone has close-set or smaller eyes, you don’t want to bring the lower liner too close toward the insides of the eyes,” he says. “If you have normal-set eyes, you can bring it all the way in.”

Your eyeliner doesn’t need to be perfect. Instead, take an eyeliner brush and blend it over your pencil liner to create a quick smokey look.

Here’s a secret: That perfect eyeliner you’re seeing on Kim is actually four or five layers of eyeliner. Yes, you read that right, four to five. “I always layer eyeliners,” says Dedivanovic. “My biggest pet peeve for photos is when you can see through the liner. When you put eye shadow on top of your liner, your skin and shadow can absorb it. I apply pencil liner after eye shadow, let it dry, then do a gel or cream liner on top, and finish with a liquid liner for a glossy, inky effect.” No wonder Dedivanovic’s clients say his makeup can last up to three days (seriously, he even says some of his clients will book him the night before an event if he doesn’t have time to see them the day of—truth).

“I hate watery eyes when I’m applying makeup,” Dedivanovic sighs. Nevertheless, they are an often inevitable part of doing someone’s makeup (lifting up their eyelid and jabbing a pencil around can do that). To rectify, he wraps a tissue around his finger when the tears start building, then lightly taps it along the eye. If you’re doing your own makeup and accidentally jab yourself, he says to breathe through your nose and suck in—yup, literally suck the tears back in. Or there’s always this: “When I was in the Middle East, the Arab women shared a tip where you clip a bobby pin to your ear and it prevents your tears from falling out.” You can bet we’ll be testing this out in the near future.

Don’t Ditch the Powder Puff in Your Compact

As Dedivanovic put the finishing touches on his model, I couldn’t help but notice he was actually using the puff that comes with the Laura Mercier Translucent Setting Powder. “I like to dab the powder in and really press it in there,” he says. “Then, I take a fluffy brush and lay it on lightly on top.”

Keep It in the Family

By the time Dedivanovic was finished, the model’s eyes looked soft and smokey, subtly defined but not obvious. It was mesmerizing, truly. I watched Dedivanovic trace a brown liner along her upper and lower lid as well as lift her lid up to apply it to her waterline. “What’s that eyeliner you’re using?” asked one eager beauty editor. “This?” He looked at the liner as we waited in breathless anticipation. “Oh, this is the Brown Liner from Kylie’s Kyliner Kit ($10).” Who would’ve guessed? You did good, Ky.