Jessica Alba's Nutritionist Has So Many Good Secrets

Eating healthfully is so much more than "calories in, calories out." There's metabolism, digestion, macronutrients and hormones to consider—not to mention our (very) different bodies, personal needs and dietary restrictions and preferences. Just considering all these revolving factors can be enough to make us throw up our arms in defeat and high-tail it to the nearest Five Guys.

But what if we told you that the science, while undeniably important, doesn't have to be so complicated? Celebrity nutritionist Kelly LeVeque has made a name for herself on this very philosophy: she dives deep into the specifics of why and how we can feel (and as a side effect, look) our very best, but presents all that info in a totally user-friendly manner. And after building a high-profile clientele that includes the likes of Jessica Alba, Emmy Rossum and Molly Sims, LeVeque is offering up her results-oriented strategies to the masses by way of her first book, Body Love (£19). (No surprises here: It's already a best seller on Amazon.)

"I'm trying to teach you a little lesson: Love your body through food," she tells us. "Make those body-loving choices that are going to fuel your cells, hydrate your skin, calm your hunger hormones instead of deprivation, which is not love." Getting results (better skin, more energy, less bloating) doesn't have to be a complicated endeavour, nor does it have to be insufferable. LeVeque's whole M.O. is that if you're not feeling great, you need to make some changes and additions until you do.

So where to begin? We asked LeVeque to take us through some of the key pointers in her book, and they're as bookmark-worthy as we could have guessed. From avoiding the 11 a.m. energy crash to the four components you should include in every meal, read on for some serious knowledge.

That's protein, fat, fibre and greens—the four components that you should strive to include in every meal, says LeVeque. "Together, they turn off and modulate over eight hunger hormones in the body," she explains. "They also deliver the body exactly what it needs."

Protein: It's key for synthesising tissue, healing and building muscle and revving up your metabolism.

Fat: It keeps you satiated, makes your skin glow and helps your body properly absorb other nutrients. "If you just had chicken and broccoli, you wouldn’t absorb vitamins E, D, K, or A—you need fat to do that," explains LeVeque. "A lot of Americans are actually vitamin D–deficient, so fat is an important and integral part in absorbing vitamin D from food."

Fibre: Fibre is the component of plant-based foods that your body can't break down into smaller molecules—basically, it's the "roughage" part of your food that moves through your digestive tract intact, keeping you satiated and speeding up the digestion process. It's also crucial for regulating blood sugar levels, which in turn keeps cravings at bay.

Greens: "When I say greens, in the end I'm really talking about vegetables deep in colour," LeVeque clarifies. "It's all about detoxification, feeding your healthy gut bacteria (aka your microbiome), and delivering to your body the phytochemicals and phytonutrients it needs. Inside leafy greens there's a sulfur-based sugar that is known for feeding probiotic bacteria, so that really keeps a healthy gut."

2. Eating clean doesn't have to involve an energy crash

In fact, if you're doing it right, it should have the exact opposite effect, says LeVeque. "It's about fibre, and it's about understanding blood sugar," she explains. That means foregoing some traditionally "healthy" foods and experimenting with others to see how they make you feel.

"With a lot of my clients, the first thing that they notice when they start having my smoothie in the morning is they always used to have breakfast and it would make them tired," she says. "They'd have oatmeal or they'd have a piece of toast, and an hour later, they'd be really tired at their desk and needing another cup of coffee. All I hear is, 'I have the smoothie, I feel really energized, I don't feel lethargic, I don't feel sleepy, I don't experience brain fog, and I feel ready to rock throughout the day.' I think that's the number one side effect of the smoothie, so I would say definitely start there."

3. There's a science to staving off cravings

And while it's ultimately different for every person, there's a baseline to follow and customize accordingly. "I teach people to build a meal based on their hunger levels and learn to add," says LeVeque.

"[It's about learning] what you actually need to get from breakfast to lunch, and once you figure that out, then you start to play that same game every other meal," says LeVeque. "It's no longer about having a small bite and trying your hardest to hold out until lunch—it's the opposite of that."

4. There are no hard-and-fast rules

"There is a lot of information out there on the internet, and every day you can read something new and be fearful of eating a specific food group or a specific type of food," says LeVeque. She specifically created the Fab Four to avoid this alarmist, one-size-fits-all approach. "It doesn't matter if you want to have salmon, chicken, bison, or shrimp, or you want your protein to be vegetarian coming from like nuts and seeds—it's your choice," she says.

This also means kicking deprivation to the curb. "I think the deprivation mindset just causes us to feel stressed out—we really want that food that we're not allowed to eat, so it kind of haunts our dreams, you know?" says LeVeque. "In this regard, it's less about what you can't have and more about what you should have, and building a beautiful plate based on the should. And the should is a very broad category, so you can choose your own adventure." 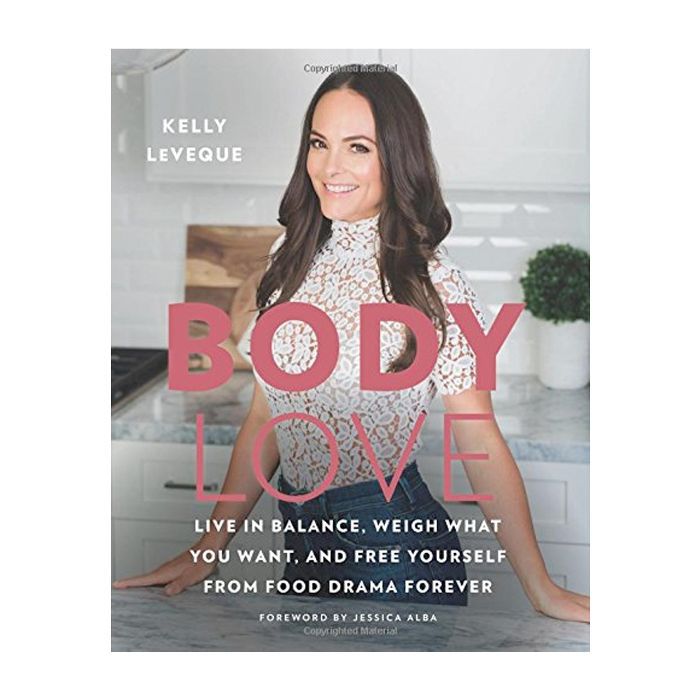 Next up, read LeVeque's pointers on reversing a toxic relationship with food.