Kate Winslet's Beauty Philosophy Is as Real as It Is Refreshing

When we think of Kate Winslet, we think of a few different things—there's inevitably Titanic (nothing broke our middle-school hearts quite like Rose saying, "I'll never let go, Jack"). But we also recall her long-running Lancôme ambassadorship and her polished red carpet style.

What we don't often think of, though, is the archetypal Hollywood actress. When she's not at a film premiere or appearing at an awards show next to her long-time friend Leonardo DiCaprio, she maintains a low-key way of life. We never thought of her as someone who partakes in luxurious daily beauty treatments or rigid pre-red carpet cleanses. She isn't the type of celebrity who takes to social media to share her current makeup and skincare favorites. In fact, we don't hear much about her personal beauty routine or philosophy at all. Until her interview with British Vogue, that is. In the interview, she opens up about everything from her favorite products to her thoughts on aging, diet, fitness, and more.

First things first, did you know that some of Winslet's red carpet looks were done without the help of a makeup artist? We're serious. For certain events, she takes it upon herself.

"I just don't like all the fuss and faff that can come with lots of people prodding and fiddling with your face and hair. It's hard to explain, especially since sometimes it's lovely to be glammed up like that. But I'm a pretty low-key, low-maintenance person, and I like to keep life as normal as I can around me. So doing my own makeup is reassuring in that regard. It sort of normalizes a red-carpet moment, which—let's face it—is far from normal!"

As for the products she uses, they're (not surprisingly) mostly Lancôme. For foundation, she chooses Teint Idole Ultra Wear Foundation in 01 ($47). After that, it's Teint Idole Ultra Wear Camouflage Concealer ($31). Finally, it's the Grandiôse Mascara ($32) and a smudgy liner. "I'm a huge fan of eyeliner for a final hit of smudge on the lower lash root only - Le Khol Duo in Brun Glace 02 ($40). This is a double-ended eye pencil that Lisa [Eldridge] designed last year. She gave one to me and I'm still obsessed!" This foundation balances the skin's pH, so it maintains its color without oxidizing. It's also formulated for 24-hour wear, which might be why it works so well for the red carpet. 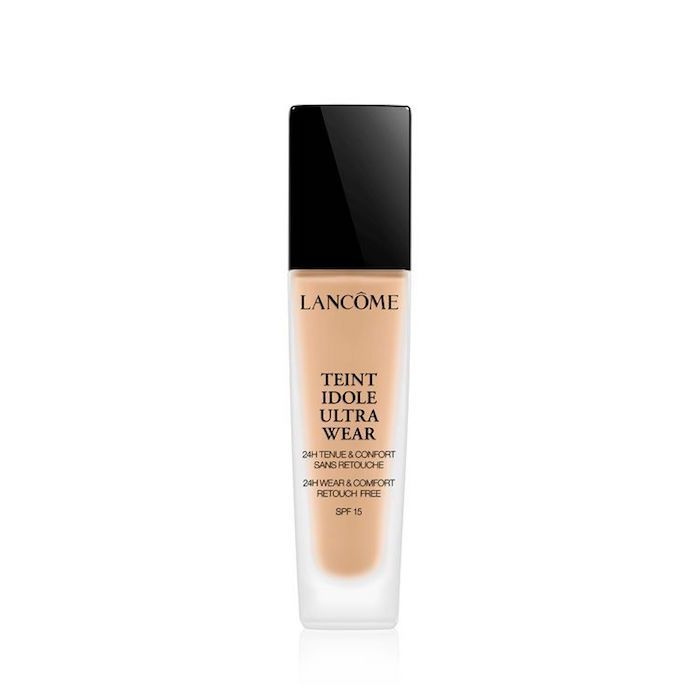 As if it's not clear enough yet, Winslet's approach to the red carpet is relatively relaxed. Instead of amping up intense workouts or taking on a diet cleanse to prepare for one, she keeps up with her already established sustainable habits. "So if I know I have to look red-carpet-ready for something, I do try and look after myself in the few days running up to that moment," she says. "Nothing fancy or expensive, but I'm 42 now, so I can't get away with murder anymore! So my top tip would be water. Water, water, water. Keep the body hydrated and the skin will follow suit. And I try and stay away from salt and alcohol before an important occasion and throw a few green smoothies together in a Nutribullet ($89). Whilst my life would be too dull without salt and the odd glass of wine, we all know that cutting them out makes for a healthier complexion. At least it does in my case."

As for the fitness part of the equation, Winslet's routine is equally as inconspicuous. "I do power yoga and barre cardio. Both of which I love. And I walk a lot. We've got a lovely dog so... he needs lots of walking." It's kind of refreshing to hear a celeb who focuses on being active for activity's sake. To us, it sounds like Winslet has a really healthy relationship with fitness. Instead of powering through intense bouts activity to achieve a certain result, she makes it a sustainable lifestyle habit. That's kind of the goal of fitness, right?

"Honestly, I have learned that health comes before reaching for a mirror or a bottle of product," she continues. "And if anything, I do look in the mirror less and less as I get older. In my twenties, I probably thought about my appearance more than I do now, for the simple reason that as I get older I have more important things that concern me than how I look. Like family, happiness, and having fun!" And if you're wondering how on earth this laissez-faire beauty philosophy happened so naturally for her, it didn't. "That is something I have only been able to learn with age," she says.