Over the weekend, Kaia Gerber posted a photo her new haircut on Instagram. We swear we could hear all 4.3 million of her followers gasp (and then hit the save button). Even other celebrities took notice. Vanessa Hudgens commented "So damn chic. Obsessed." Marc Jacobs added "Gorgeous," and Olivia Culpo let her emojis do the talking, posting five heart eyes in a row. We were also privy to Gerber's new chop, which combined side-parted volume, shoulder-grazing length, and feathery ends to create a dramatic and vintage-looking bob that was a far cry from her old mid-length straight style. "The drama cut," she captioned the photo, before tagging her hairstylists Guido Palau and Sandy Hullett.

Judging by the social media reaction alone, we knew this cut had the potential to become a bonafide summer hair trend. We also knew we needed details. How can we replicate this hair cut for ourselves? Does it work on all hair types and textures? What products were used to achieve Gerber's sky-scraping volume? Keep reading to find out everything you need to know, straight from Gerber's hairstylist and Redken Global Creative Director, Guido Palau.

First things first: this haircut works on nearly every hair type and texture, but it's particularly beneficial for fine hair. "I think it can work on any texture," Palau tells us. "It can work with waves and curls—it's a great all around cut. It’s great for fine hair because it gives it a blunt feeling, so it can make fine hair look thicker."

He started by shampooing Gerber's hair with Redken's All Soft Shampoo ($18) and Conditioner ($17), before letting it air dry (both the shampoo and conditioner are formulated with soy protein, which adds texture and lift to the hair, while increasing its shine and softness). Then it came time to cut her hair, which he did with a razor instead of traditional scissors. Palau says this is key to achieving that feathery, old-school look that Gerber desired. "I did it with a razor, so it’s very soft around the perimeter; it’s not cut with scissors, so it's got more of a sexy, choppy feeling rather than a blunt and hard feeling."

After the cut was complete, in which Palau cut off "four, maybe five, inches of hair," He spritzed Redken's Triple Dry 15 Dry Texturizing Spray ($22) throughout Gerber's hair, before tousling it with his fingers "to give the look a sexy, summer feel." This provided her hair with airy texture and lift, giving her hair that sky-scraping volume we were talking about (and admiring) before. 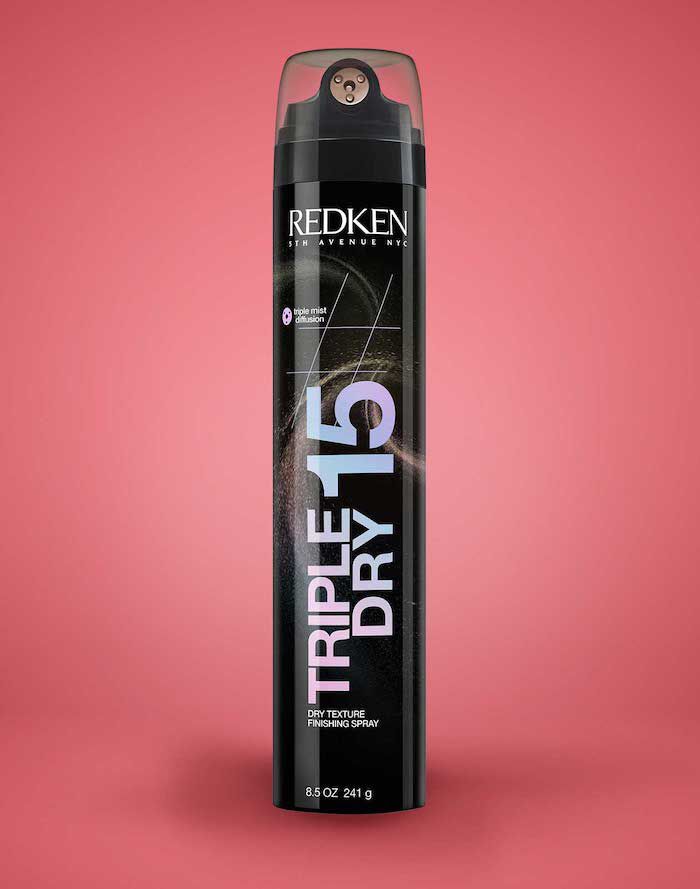 That's it. That's exactly how Palau created Gerber's new haircut, which—fun fact—was not created for anything special. He cut her hair simply because she wanted him too. "Kaia was very adamant about the haircut. It really came from her. She had been going on about cutting her hair for a couple of months. What I love about Kaia is that she’s really got her own opinion about stuff. We didn’t cut it for anything special; we just cut it because she wanted it cut," Palau tells us. "I like that she called it the drama cut; I don’t know where she got that from," he laughs.

Because this cut was a personal choice, and not something brought on by a special shoot or campaign, Gerber prepared for it by doing a little research of her own. Not only did she decide which length she wanted ahead of time ("she really wants to be part of the creative process"), but she also abided by an age-old trick to ensure she'd like the final result...She brought in pictures. In fact, she assembled a sort of mood board for Palau to work from. "When you go to a hairdresser, it’s great to have a point of view like Kaia did," he says. "Bring in some haircut pictures you really like and different textures you really like, so your hairdresser really gets the idea of what you’re thinking. Even though she trusts me, I really liked that she had pictures to show me. It gave me more insight into what she was thinking."

Next up, read our exclusive interview with Gerber, in which she talks about her favorite fragrance, her biggest beauty icon, and how to stay sane while traveling.