The Healthy Snack Jourdan Dunn Is Obsessed With Right Now

written by
Amy Lawrenson
Amy Lawrenson was the Editorial Director for Byrdie UK and has worked as a freelance beauty and health journalist for over 13 years.
Byrdie's Editorial Guidelines
Amy Lawrenson
Reviewed by
Jen Polzak
Jen Polzak is a personal trainer who has been in the fitness industry for over a decade, specializing in nutrition coaching, post-rehabilitation exercises, and weight loss.
About Byrdie's Beauty & Wellness Board
Jen Polzak
Fitness Instructor

An invite to work out alongside supermodel Jourdan Dunn at London boxing studio Kobox's new City location is not an invite you refuse, even if it does mean exercising next to a supermodel—especially when the class is led by her personal trainer and brother Antoine Dunn.

Even though Jourdan said she has always been athletic, she had never tried boxing until her brother introduced her to it. The siblings grew up in Greenford, West London, where Jourdan was discovered by a model scout when she was just 15 years old. She was signed to Storm Management (the same agency that discovered Kate Moss) and soon after became the first Black model to walk the Prada runway in a decade. Since then, she has walked countless runways, including the Victoria’s Secret Fashion Show, and graced magazine covers as her career continues to skyrocket.

Jourdan welcomed a son named Riley in 2009 and appeared to juggle motherhood and her modeling career with ease. She is currently engaged to rapper Dion Hamilton, also known as Sincere, and wrote on Instagram that having her son and Dion by her side in life is “priceless.” What’s next for Jourdan? Having already appeared in the movies Zoolander 2 and Terminal, she is focused on growing her acting career even more.

Antoine and Jourdan sat down with us to talk all things fitness. From Jourdan's unfortunate sports-day debacle to Antoine's three must-do fitness moves, we gained as much fitness knowledge as we could from the duo in the hope that one day we might be as strong and lean as they are.

If you need motivation for your next workout or are on the lookout for healthy snack ideas, keep scrolling for our exclusive interview.

BYRDIE UK: Has your family always been into fitness?

JOURDAN DUNN: I feel like our family is a very athletic family, with you and Kane always doing football; Mum did netball, athletics, and all of that at school. Out of everybody, I feel like I was active, but not as much. Actually, I did do quite a lot!

ANTOINE DUNN: You did rugby.

JD: I did rugby, which is quite surprising, in year four. I did netball; I did athletics.

AD: Sports day—you got chased by a dog at sports day.

JD: And I ran really fast, and he didn't catch me.

Who got into boxing first?

AD: I got into boxing first when I was in New York; then I introduced Jourdan [to it].

JD: I really got into boxing from Kobox. I just found it more fun being in this environment. The whole atmosphere and the high energy and the fact that we're on the bag and doing combinations in a dark room with banging music, and then you're on the floor doing high intensity. It's challenging but fun at the same time.

Antoine, what are the three most effective floor body-weight exercises?

AD: Push-ups, burpees and the plank—you don't want to make it too complicated. You want to be able to push your own body weight first. Master the simple moves to start, and then go from there.

How can someone who doesn't live in London get into boxing?

AD: You can start boxing in your bedroom—good thing about boxing is you can shadow-box in front of the mirror. Then once you're comfortable, you can buy a bag if you have space. Then if you feel confident, you can head to a local class.

What are the biggest fitness and nutrition mistakes you see women make?

AD: The biggest one would be your goal to begin with, trying to think they can get a body they see on TV and giving themselves a short time to achieve them—it's not a race; it's a long journey. A lot of people get unmotivated because they don't achieve what they believe they should be achieving straight away.

How has boxing changed your mindset?

JD: I definitely feel it's a way for me to relieve some stress, especially during the freestyle round when I'm just going at the bag! I love the freestyle round—you can really just LET. IT. ALL. OUT! I feel like boxing gives you a good confidence boost.

AD: It's strengthening, especially for a lot of women who don't want to do a typical gym workout—you can get stronger by boxing.

JD: I think that's the most important thing, feeling strong.

To any women who worry boxing might make them bulky up top, what would you say?

AD: It won't make anyone bulky; it will do the complete opposite!

Boxing is great for abs, arms and fat loss—have you noticed any changes?

JD: Definitely—my abs are now out there; people see them! My core and abs were the things I really wanted to work on after having a child. I have definitely seen a big difference.

How do you fuel yourself before and after a workout?

JD: I like to have a light breakfast, so like granola, berries and yoghurt, and then after, I'll have a shake, and then have lunch. A big ol' lunch—protein, protein.

Do you have any healthy snacks you swear by?

JD: No! I'm so obsessed with eating seaweed.

JD: No! The crispy baked ones. 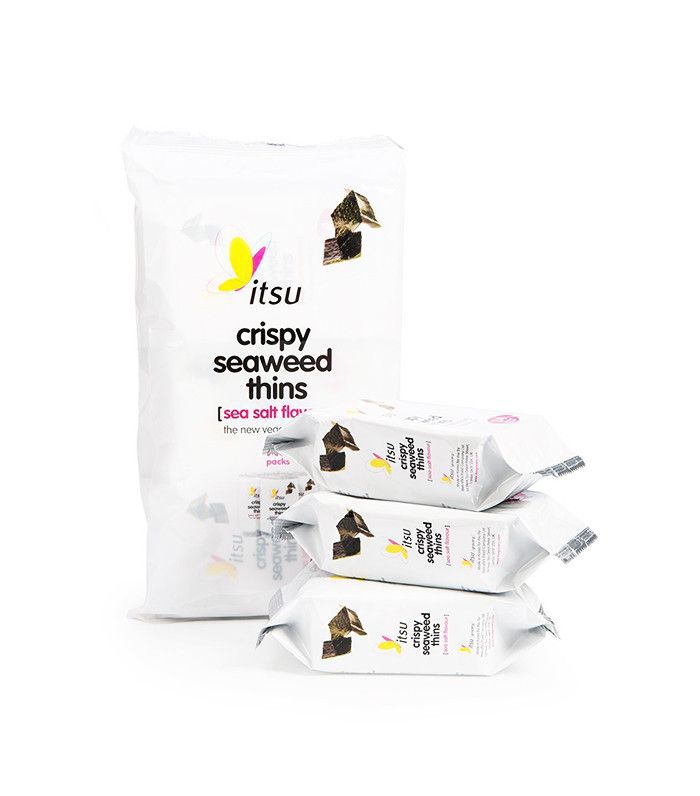 What products do you keep in your gym bag?

JD: Definitely a brush; definitely Clinique Moisture Surge Face Spray Thirsty Skin Relief ($26). I'm not really into wipes, but I use them to give a quick freshen-up. And then Maybelline Baby Lips ($5) and brow gel.

AD: I've got a few too! Got a brush, so I'm right for the class. Vaseline ($5), which I need right now, and that coconut stuff. [Ed. note: Cantu Shea Butter Natural Hair Coconut Curling Cream, $6.]

How do you motivate yourself to work out when you're not in the mood?

AD: Well, I just remind myself why I have started and the reason for my goals. They're realistic goals, and that's what I want to achieve, so no matter how I'm feeling, I'll always get the workout done. The hard part is always to start; once I've started, I'm good to go.

JD: I guess the same for me also—if I have a goal, I want to aim to achieve it. An image of what I want to look like and how strong I want to be [helps too]. And the fact that I actually always feel good afterward! The hard bit is doing it, but then after, you feel amazing.

AD: It's easy to quit, but it's harder to stay motivated.

JD: "All the Way Up." Nothing can stop me; I'm all the way up. Like, it's really encouraging.

6 Barre Workouts That Are the Perfect Slow Burn