I Paid Kendall Jenner's Tattoo Artist $450 for a Tiny Tattoo—Was It Worth It?

I told myself I'd never get another tattoo.

I told myself the trio of small black and gray designs that currently live on my wrist, behind my ear, and on the back of my neck were already more than enough. I told myself I wasn't actually cool enough for tattoos, that even though I loved them, at the end of the day, they just didn't suit me.

They say tattoos are addictive—once you have one, you've already caught the bug. This felt true for me in the beginning, certainly. But by September of 2015, I had pretty much resigned to being a three-tattoo kind of girl. Enough to have a nice little collection while still remaining low-committal about it.

Why I Chose To Get a JonBoy Tattoo

I don't remember exactly when or how I came across Jonathan "JonBoy" Valena's Instagram account. Maybe I was in the midst of some deep social media binge, maybe I found myself cruising an old Byrdie story on tiny tattoos.

However it happened, I remember, it was love at first scroll. I recall instantly connecting to the New York City tattooer's impossibly delicate, fine-lined designs. JonBoy is the artist that some of Hollywood's highest-profile celebrities are turning to for minimalist ink—he's responsible for the microscopic white dot that decorates Kendall Jenner's middle finger as well as a spattering of pieces on Hailey Bieber, Justin Bieber, Zayn Malik, and Chloë Grace Moretz.

But JonBoy isn't just a celebrity tattooist. As the months went by I saw during my daily Instagram perusals that his designs appeared on non-famous ink lovers, too.

So after longingly following JonBoy for six months, I finally decided, "screw it." I'd never felt more drawn to a tattoo artist's aesthetic. I didn't even know what sort of design I wanted, but it almost didn't matter. I took a breath, sent an email to the address in his Instagram profile, and crossed my fingers.

Two months later, I was on a plane from L.A. to New York, on my way to the West 4th tattoo shop for an appointment with Kendall Jenner's tattoo artist.

How to Prepare for a JonBoy Tattoo

Nailing an appointment with JonBoy wasn't easy. The dude books up fast—it took a series of emails and phone calls several months in advance to lock down an exact date and time. Not to mention the down payment. JonBoy has a $300 minimum (even for a single white dot like Kendall's). I sent him a few photos of inspiration, and he determined my teeny-tiny tattoo would cost a whopping $450. I picked my jaw off the floor, transferred some change from my savings account, and swore I wouldn't admit to anyone how much I ponied up.

I had a few months to justify the purchase to myself. (After all, for me, it was either a JonBoy tattoo or no tattoo at all.) This also gave me a lot of time to brainstorm my ideal design. I knew right away it would be some sort of plant; JonBoy's detailed flowers always halted my swift Instagram scrollings, like a beautiful mural stopping traffic in the middle of a busy street.

Behold: All the Tattoo Inspiration You Need

I was also intent on reaching the perfect balance of a design that felt personal and looked pretty. My purely "meaningful" tattoos always yield puzzled questions from strangers. I have a musical symbol behind one ear, at which hairstylists and co-workers always cock their heads. It goes the same way every time: They ask me what it means, I give them a little speech about beats and measures, and they shrug, unconvinced. With this new tattoo, I wanted something that needed no explanation.

In the end, I settled on a sprig of lavender. I've always loved how lavender looks: delicate but not as overtly feminine as a flower bouquet. I also connected to what it represents: relaxation and calm, two things I need to remember in my everyday life.

I decided to place the tattoo right above my elbow, on the inner side of my arm. There, it'd be more visible than the tattoo behind my ear but less so than the one on my wrist. Another perfect balance.

What to Expect When Getting a JonBoy Tattoo

I'll admit I was anxious that a tattoo artist as high-profile as JonBoy would be intimidating in person. On the day of my appointment, I showed up to West 4th Tattoo in Manhattan, where he is currently based, my heart sputtering. I was already planning to visit New York that weekend, so I didn't fly in just for the tattoo.

(Ed. note, JonBoy is no longer at West 4th Tattoo)

My best friend accompanied me for moral support, but by the end of the appointment, she'd have a JonBoy tattoo of her own. He might sneak you in as a walk-in if you show up with a friend who has an appointment but don't tell anyone I said so.

Immediately, JonBoy's playful, personable demeanor put us both at ease. He greeted us with a wide smile and a series of compliments and then asked us what music we'd like to soundtrack our afternoon. We let him pick. He put on a tongue-in-cheek playlist of '80s pop tunes and Top 40. We all sang along to Justin Bieber as JonBoy whipped up a sketch, nailing the design on the first go.

All in all, the tattoo took about 20 minutes to execute, which is longer than I had expected. But I was happy to be in JonBoy's chair, picking his brain after all this time admiring his designs from afar.

As it turns out, JonBoy's minimalistic aesthetic is mostly inspired by L.A. celebrity tattooist Dr. Woo, who also specializes in hyper-fine lines. "I used to be one of those tattooers who says you have to get a certain size, a certain thickness," he told me. But with inspiration from artists like Dr. Woo, JonBoy started experimenting with fine-line needles and soon changed his tune.

His new work caught on fast. JonBoy credits Instagram for much of this speedy success. "It's a way for someone to become familiar with your work from a distance," he said, "without having to come into a shop and flip through an artist's portfolio."

It's clear that JonBoy is giddy with his fame. After he finished my piece, he flaunted an array of miniature doodles that he allowed his "VIP" clients to tattoo on him: an R-rated stick figure from Moretz, a nearly misspelled word from Kylie. His eyes twinkled as he told us the story of a celebrity who came in a few weeks ago and asked him to give her a constellation of shooting stars on her pelvis, right above you-know-where. We begged him to reveal who it was, but JonBoy remained tight-lipped.

JonBoy snapped a couple of photos of our new tattoos (which, much to my excitement, appeared on his famed Instagram account). We left the shop on a dizzy high, thrilled with our fresh works of art.

For JonBoy's hefty price tag, you go home with a particularly stylish aftercare kit. It includes a packet of A+D ointment, a list of instructions, a few fancy business cards, and a Jolly Rancher, reflecting JonBoy's childlike air. It all comes in a shiny gold envelope (which looks not unlike the one you get with a Pat McGrath purchase, don't you think?).

With tattoos as fine-lined as JonBoy's, the aftercare is a little more intensive. "Don't let it dry out," he told us. "Even if that means moisturizing 50 times a day." I slathered my A+D ointment on the new tattoo religiously, and when that ran out, I opted for two of my favorite fragrance-free lotions: Cerave's Healing Ointment ($11) and The Better Skin Co.'s Mirakle Cream ($36).

Almost two weeks later, my two-inch sprig of lavender is nearly healed, and I couldn't be happier with it. Strange as it sounds, I almost feel like it's always been there, like a charming little birthmark.

And so, the ultimate question: Was this diminutive piece of art worth $450? Maybe I'm crazy, but to me, this wildly expensive tattoo is the equivalent of a $50 Tatcha lipstick or a $500 set of blond highlights: It's something that has such a positive effect on my mood and confidence that if it weren't so embarrassingly cheesy, I might even call it priceless.

I look forward to spending the rest of my life with this pretty little plant. Who knows? Maybe a year from now I'll go back for a sprig of thyme. 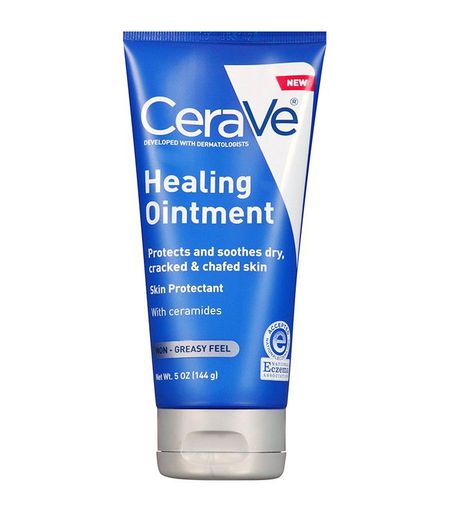 This intensely hydrating salve promises to seal dry, flaky skin like few formulas can. I use this stuff on eczema and dry lips, in addition to my healing tattoo. 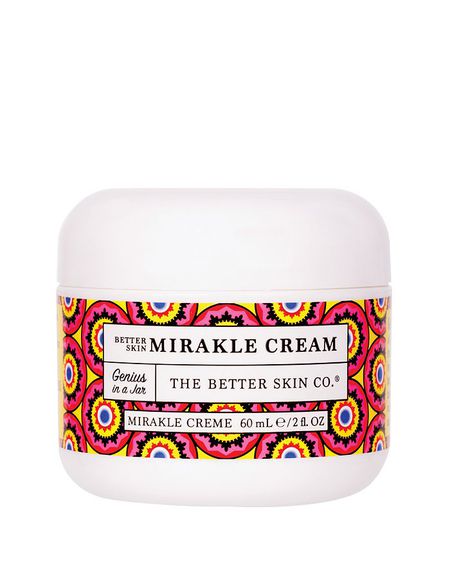 Fancy for a tattoo treatment, I know. This chemical- and fragrance-free cream is one of my favorite products for any and all moisturizing needs. 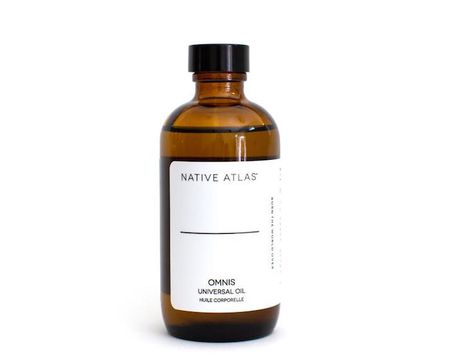 This 100 percent plant-based oil is a unique choice for those who want to keep their tattoo routine all-natural.