Fact checked by Aimee Simeon
Aimee has been in beauty editorial for over six years and started as senior beauty editor at Byrdie in June 2021.
LEARN ABOUT BYRDIE'S EDITORIAL GUIDELINES

What Is Jojoba Oil? Benefits for Skin Side Effects
How to Use It The Best Products With Jojoba Oil Frequently Asked Questions

It wasn't that long ago that "oil" was a dirty word in the skincare world, something meant to be removed from your skin, rather than added back on to it. But, as Bob Dylan said, times they are a-changin'. Walk through any skincare aisle (or haircare aisle for that matter) and you'll quickly notice that not only are there plenty of oil-based products, but also a variety of different oils being touted. There's, of course, the oh-so-buzzy coconut oil, lauded for being a one-stop-shop for all your beauty needs, hyped-up Moroccan argan oil for hair… the list goes on and on. It can be overwhelming, for sure, especially given that the success of using an oil in your beauty routine largely hinges upon which one you choose. Breaking news: Not all oils are created equal. But no matter whether you're an oil newbie and are looking for a surefire safe pick, or are an oil veteran looking for one that can address a variety of issues, jojoba oil is the way to go. Ahead, dermatologists explain exactly what sets this particular oil apart from the rest of the crowd.


Keep reading to learn why you should seriously consider giving jojoba oil some play in your skincare routine.

Who Should Use It: Everyone can use jojoba oil, but it's an especially good choice for those with dry skin or those who are prone to acne or redness, says Nussbaum.

How Often Can You Use It: It's safe to use daily and even multiple times per day.

Works Well With: Jojoba oil can be combined with many other ingredients—it's a staple in many cosmetic formulations—and is often combined with other emollients, oils, and/or moisturizing ingredients such as shea butter, ceramides, beeswax, and hyaluronic acid.

Don't Use With: There are currently no ingredients known to have any kind of negative interaction with jojoba oil.

What Is Jojoba Oil?

"Jojoba oil is a natural oil produced from the seed of the Chinensis plant, a drought-resistant shrub native to southern Arizona, California, and Mexico," explains Chang. (Oh, and FYI, since we know you're wondering, it's pronounced ho-ho-ba), While its prominence in beauty products is a relatively recent phenomenon, it's been used for centuries; Native Americans used it as far back as the 1400s for its wound healing properties (more on those in a minute). Here's where things got a little confusing, though—jojoba oil isn't technically an oil. (Say what?) It's actually a wax ester that, from a chemistry perspective, has a different makeup than other oils. While everyone calls it an oil—and we'll continue to do so just to keep things simple—that fact that it's a wax ester is a large part of what makes it so unique. Wax esters are the main component in human sebum, which means that "jojoba oil mimics natural sebum, conditioning, and sealing moisture in the skin, without clogging pores or exacerbating acne," says Chang. Translation: Jojoba oil is as close to your skin's natural oil as you can get. This is also why it can help balance out oil production and feels so lightweight and non-greasy.

The other upshot of this oil not being an actual oil? "It's more stable and has a longer shelf-life than most oils," points out Nussbaum. Couple that with the fact that it plays so nicely with most other ingredients, and it's no surprise that it can be found in a wide array of skincare, haircare, and makeup products. Even the jojoba beads that are a popular (and much more environmentally-friendly alternative to synthetic microbeads) found in exfoliators are derived from, you guessed it, jojoba oil.

Benefits of Jojoba Oil for Skin

No matter in what form or formula it comes in, the long list of benefits it delivers remains the same.

Side Effects of Jojoba Oil

Generally speaking, there are no real drawbacks to this particular ingredient. Jojoba oil is generally well-tolerated with a low risk of irritation, Chang tells us. In rare instances, it can cause a rash or reaction, which is usually indicative of an actual allergy, Nussbaum points out. If you want to be extra cautious, you can try any new product out on a small test area before applying it all over your face.

Opt for 100 percent pure jojoba oil to use as a moisturizer, or look for it in a lotion, cream, or serum. Worth noting: It works great as a hair hydrator, too, ideal for sealing dry ends, as well as a treatment for soothing chapped lips.

The Best Products With Jojoba Oil 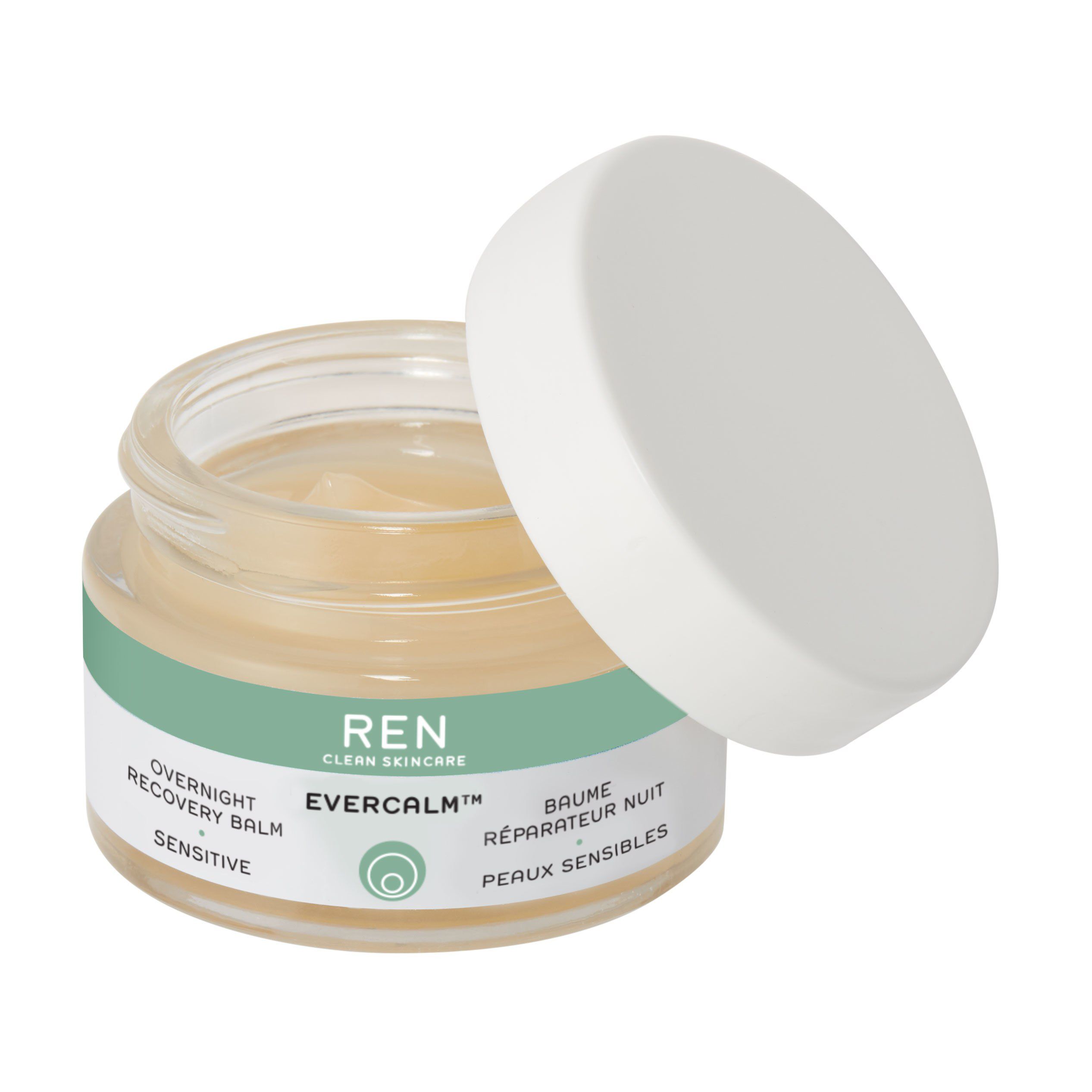 "This rich balm can be left on overnight to help nourish and moisturize your skin," says Chang of one of her top choices. "It contains jojoba oil along with glycerin, sunflower seed oil, beta-glucan, and other natural oils that both hydrate and repair," she says. Not to mention that it also effectively tamps down redness and is free of a long list of questionable ingredients, making it a top choice for irritated complexions. 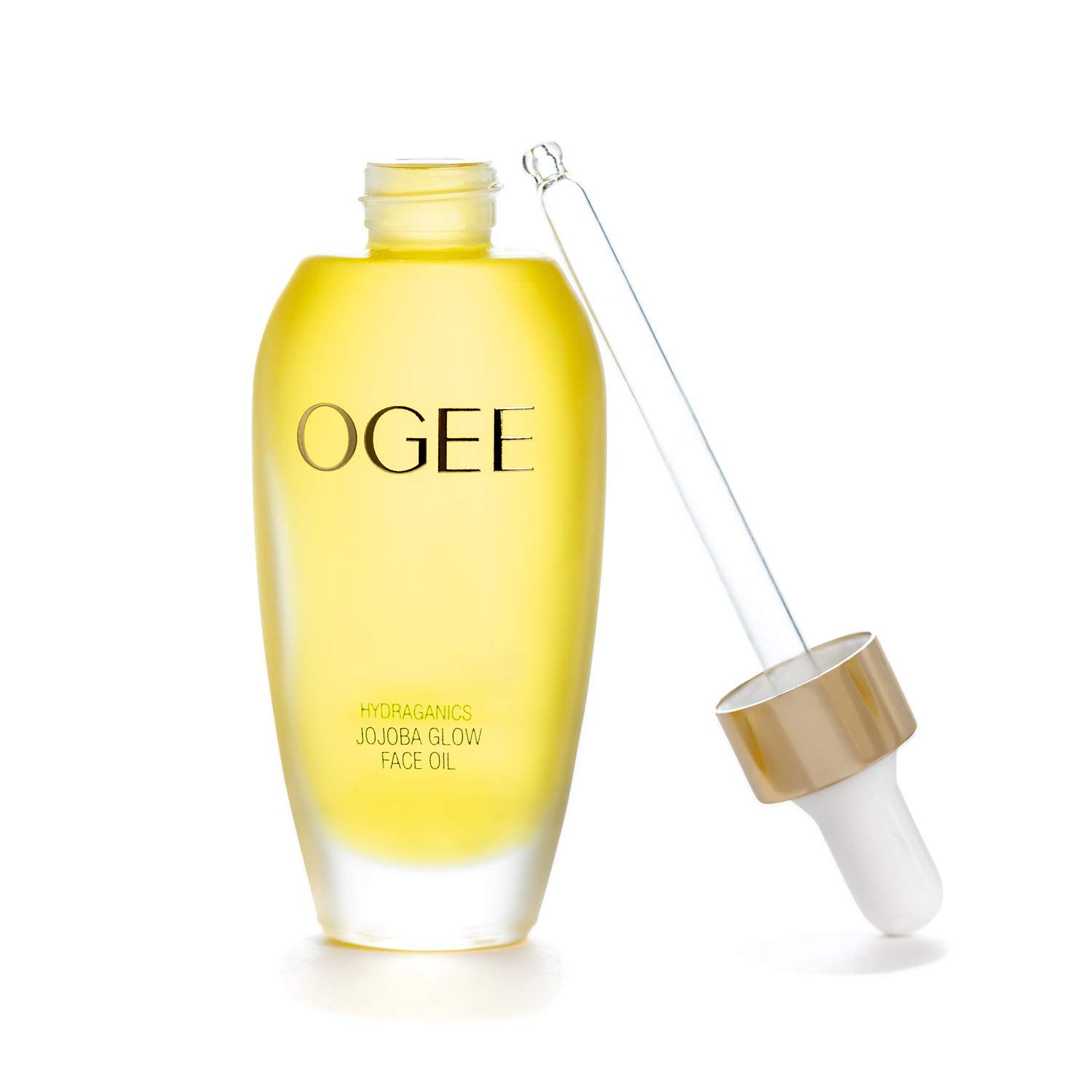 Jojoba oil is first on the (limited) ingredient list of this oil, one of Chang's choices, which blends it with other flower oils and boasts 99 percent organic ingredients. Plus, a little bit goes a long way: you only need a drop or two for your entire face. Use it twice daily for glowier, more radiant skin. 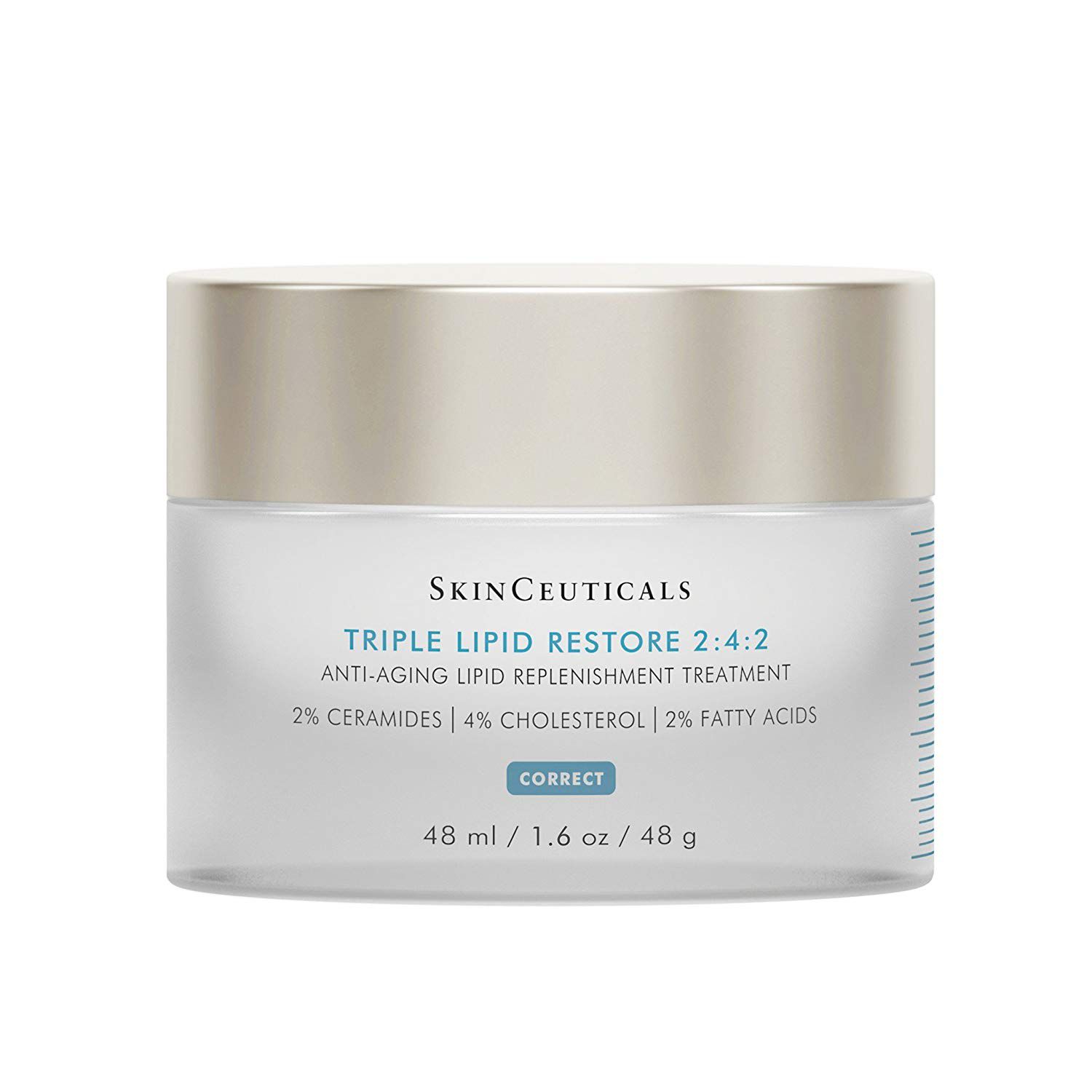 The numbers in the name of this heavy-hitting hydrator stand for the ratio of ceramides to cholesterol to fatty acids it contains, a specially-formulated proportion made to not only deliver plenty of moisture but also repair a compromised skin barrier. Among those fatty acids? You guessed it. "I love this because it uses jojoba oil and other ingredients that mimic the natural lipids found in skin like carrot oil, cranberry oil, evening primrose oil, sunflower oil, and sweet almond oil," says Nussbaum of one of her picks. "Combining jojoba oil with all of these other ingredients provides great barrier repair benefits." 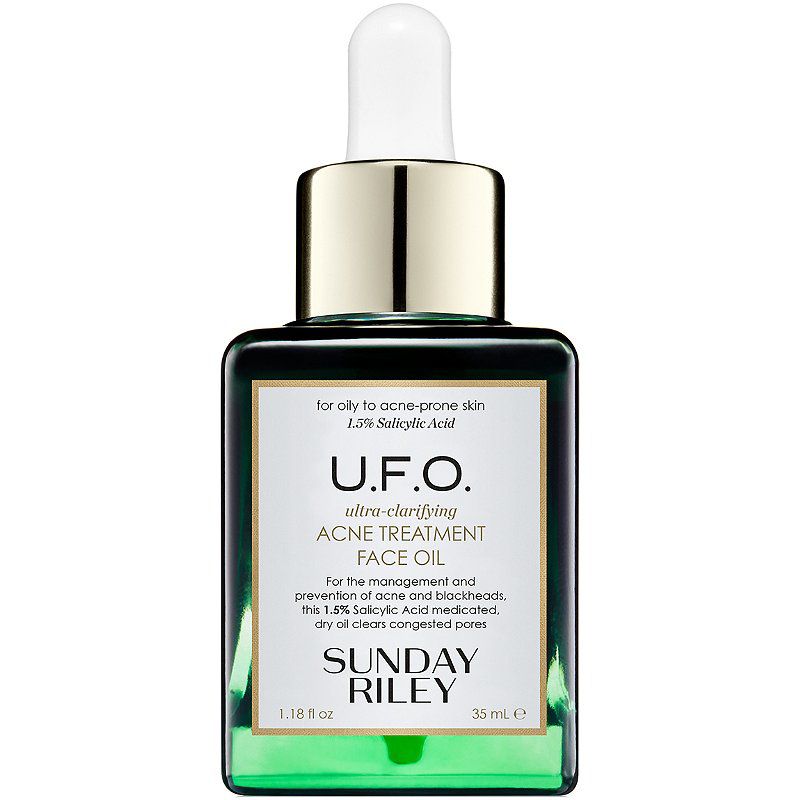 Per the point we made about jojoba oil being a smart option for blemish-prone skin comes this acne treatment. "It contains jojoba oil along with a combination of acne-fighting and brightening ingredients," says Chang. More specifically: salicylic acid to exfoliate and clean out pores, tea tree oil to fight inflammation, and licorice root to help even out tone, she adds. We also appreciate that it's super quick-drying and never leaves behind a greasy residue. Top tip: It's great at combatting back acne, too. 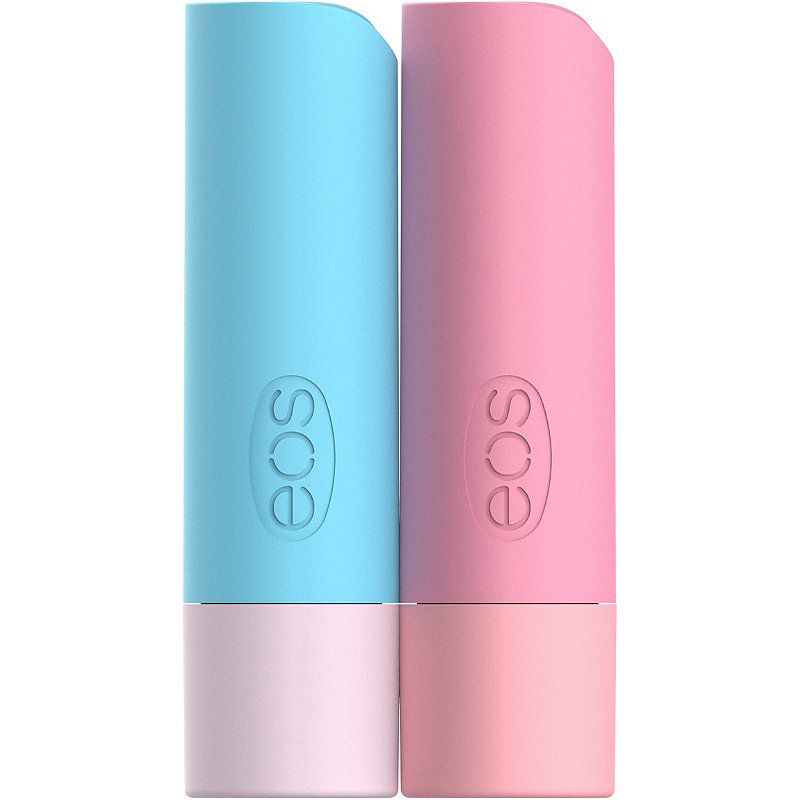 You can easily slather on straight-up jojoba oil onto a chapped pout to alleviate flakes, but if you prefer a more solid option, reach for this balm. "It contains a mega [smoothing] mix of ingredients such as jojoba oil, coconut oil, and sustainably-sourced shea butter that keeps lips [soft] all day long, and also locks in moisture," says Nussbaum. The delicious, lip-smacking flavors and cute colored packaging are just an added bonus. 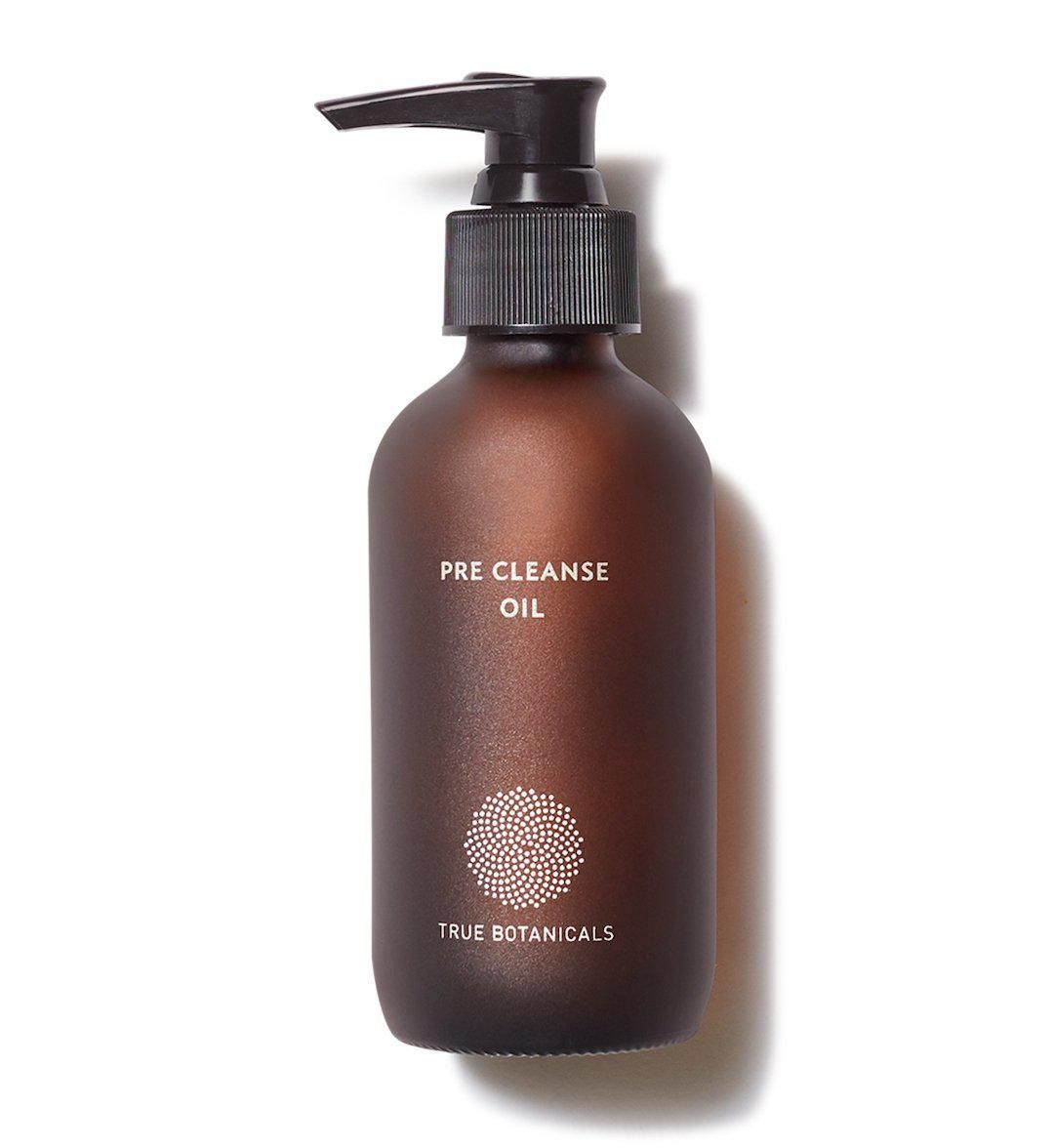 Chang recommends using this as a prep step before your standard cleanser. Jojoba, sesame seed, apricot kernel, and bergamot oils are the only ingredients in a blend that quickly and efficiently dissolves even super stubborn makeup, all while leaving your skin silky soft. If you're using it all over your face, you may want to follow with another cleanser for the most thorough cleanse, though it works well on its own if you just want to take off eye makeup. 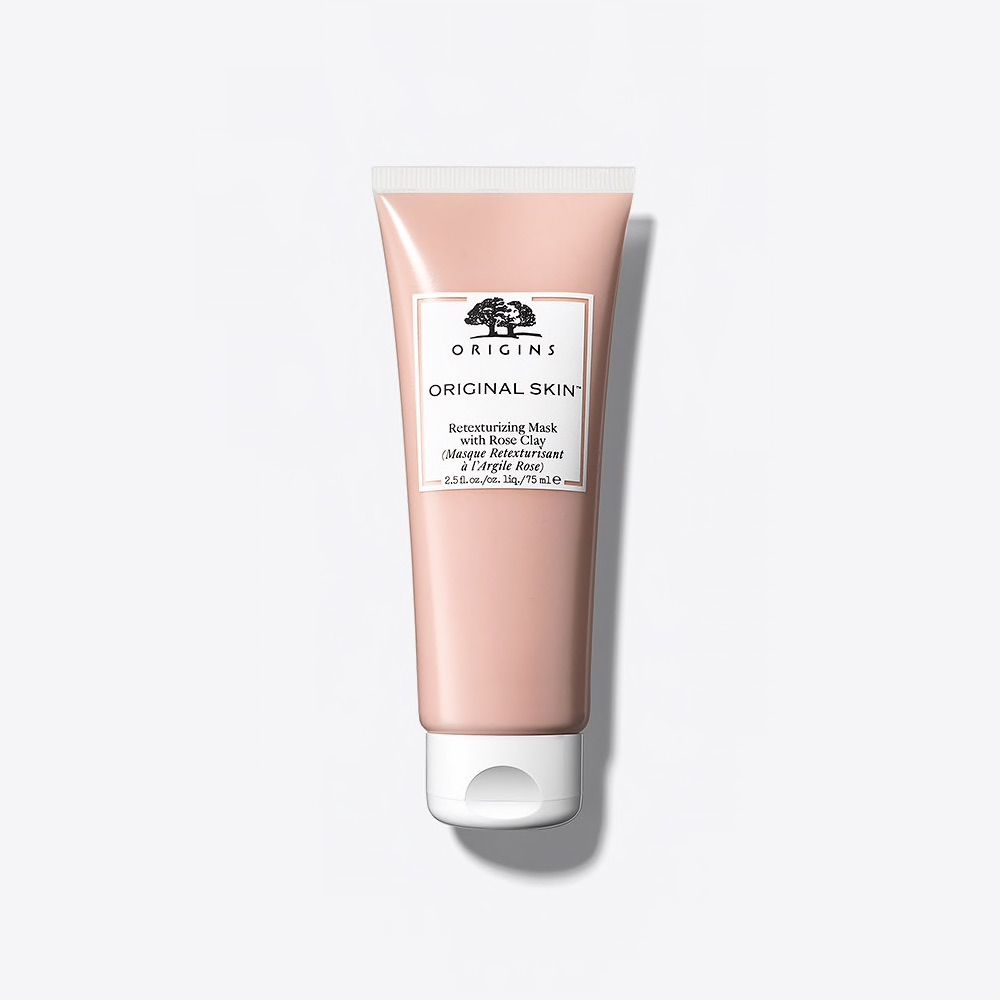 As we said, jojoba oil comes in many forms; in one of Chang's go-to masks, it's in the form of exfoliating jojoba beads. These little guys polish skin to perfection, gently yet effectively buffing off the dull skin cells that can impede your glow. At the same time, the kaolin clay in the formula goes to town, acting like a magnet to pull out dirt and impurities lodged in your pores. The result? A crazy clear, super smooth complexion.

FAQ
13 Reasons Why You Should Be Using Jojoba Oil Every Day
Article Sources
Byrdie takes every opportunity to use high-quality sources, including peer-reviewed studies, to support the facts within our articles. Read our editorial guidelines to learn more about how we keep our content accurate, reliable and trustworthy.