Deven Hopp
Deven Hopp is the brand director for Versed skincare and currently resides in Los Angeles. She was previously an editor for Byrdie and Makeup.com.
Byrdie's Editorial Guidelines
Deven Hopp

In honor of Hillary Kerr and Katherine Power’s upcoming book, "The Career Code: Must-Know Rules for a Strategic, Stylish, and Self-Made Career" ($17), we’re kicking off an interview series featuring 17 questions (in honor of the book’s 17 chapters) about the work lives of the most inspirational female leaders in the beauty industry.

We decided to kick off the series with a big one: Jen Atkin. Compressing the celebrity hairstylist extraordinaire’s bio into a pithy paragraph is no easy task, but we’ll give it shot. With mentors who rank among the industry’s finest (Guido Palau, Andy LeCompte, Danilo, and Renato Campora) and an incredible work ethic (seriously, the woman is never not doing something—if you follow her on Snapchat, you already know this), it’s not surprising Atkin worked her from front desk to mega-mogul. Her client roster reads like your dream dinner party guest list—Emma Stone, Jennifer Lopez, Jessica Alba, Gwen Stefani, and Jenna Dewan Tatum, to name a few. And her work has been featured everywhere from the pages of Vogue, InStyle, and Elle to the runways in New York and Paris—not to mention virtually every red carpet in Hollywood. But being the world’s most influential hairstylist (to quote The New York Times), wasn’t enough for Atkin. She founded hair inspiration destination ManeAddicts.com and the haircare brand Ouai, which garnered a cult following before it even hit shelves. And we have a feeling this bio is far from finished.

To summarize, the self-made entrepreneur and all-around hair genius is a dreamer and a doer. And an inspiration. So scroll through to see what we learned from 17 questions with Jen Atkin.

“I’m a hairstylist, CEO, and founder of Ouai and Mane Addicts.”

“How hard it is to plan anything! I always have to be prepared for anything. And that means a willingness to change plans at the last minute to get the job done.”

“For sure a blazer.”

“Kris Jenner. Because I have her phone number, and she is #goals.”

“That I didn’t invest in real estate.”

“A black leather jacket and skinny jeans with a GOOD Alaïa shoe.”

“Don’t put it off! Don’t waste anyone’s time, and be honest with your employer. There is such a thing as hopping leaf to leaf to get ahead, and sometimes you need to pull the plug.”

“I end up eating lunch that’s convenient or on the go since I’m always running around. I end up getting the snack packs at Starbucks way more often than I’d like to admit. If I’m at the office, I’ll order Sugarfish to go, since it’s right down the street. And if I’m working from Calabasas, I end up at Le Pain so I can answer emails at the same time.”

“A delayed sense of urgency! I’m someone who is constantly checking my emails and phone. I need staff that are quick to react. If someone doesn’t answer a text for hours, the job won’t get done, or they can miss out on a major opportunity. In the hair industry, I think emerging artists can be too hungry. I think it’s important to have patience and assist as long as you can. It’s such an important time to learn and build experience.”

“English breakfast tea, a smoothie, and Barry’s Bootcamp in a.m. My foot massager, Eat Pastry cookie dough, and looking at pet Instagram accounts with my husband at night to unwind.”

“Be kind to everyone. Nurture your relationships, and be humble.”

“So many things! I just released four new Barbies that I designed with Mattel. Barbie was literally my first client, so creating new looks that reflected the modern woman was so fun. I’m always working on Ouai and Mane Addicts. Thinking of new ways we can innovate the beauty industry. I’m so excited for the launch of the Ouai supplements, which work wonders on addressing some of the biggest hair issues.”

Scroll down to preorder Hillary and Katherine’s new book. 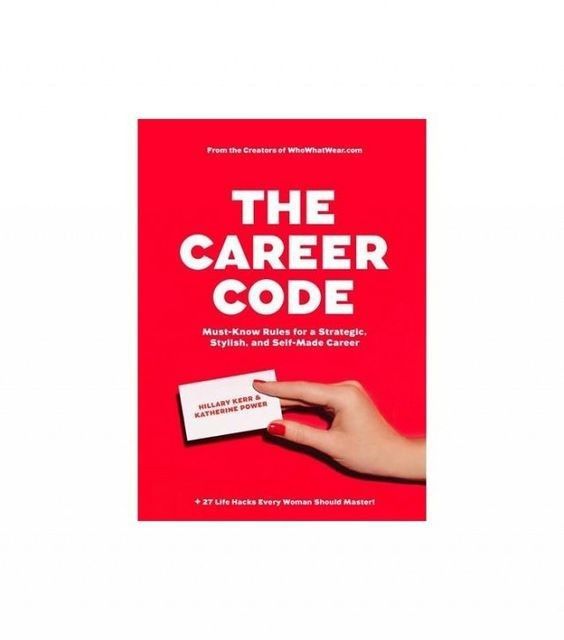 FYI: These are the biggest hairstyle trends this year, according to Jen Atkin.