Hallie Gould
Hallie Gould is Byrdie's editorial director. She has a decade's worth of experience as a writer and editor, and her bylines can be found in such publications as ELLE, Cosmopolitan, and InStyle.
Byrdie's Editorial Guidelines

Jane Fonda is a living legend; an icon in countless facets of the cultural zeitgeist. She appeared on her first Vogue cover in 1959. She made her debut on Broadway in 1960, then rose to prominence in '60s classics like Barefoot in the Park, Barbarella, and They Shoot Horses, Don't They?, and won Best Actress at the Oscars for '70s hits Klute and Coming Home. Then there was Fun with Dick and Jane and, one of my personal favorites, 9 to 5.

The list doesn't stop there. During the height of her Hollywood notoriety, Fonda traveled to North Vietnam and found a new calling—activism. She's quite adamant her life didn't feel meaningful prior to that trip, lamenting it changed her life in "many profound and very beautiful ways," to Vogue in 2019. “Once you get that in your solar plexus, no matter what the controversy that comes your way, you’re not gonna step back. The more controversy was hurled my way, the more I dug in my heels. I don’t want to go back to meaninglessness,” Fonda explained in that same interview. It started with protesting the war in Vietnam and continued through to the climate crisis and ageism in Hollywood. And, somewhere in-between, Fonda released her first workout video and it became the best-selling VHS of all time (followed by 22 others over the next 13 years). She has been arrested five times in her 82 years, and, when asked if she's tired after the seemingly endless list of accomplishments and activism, she told Vogue, "I don’t feel exhausted. I feel very, very grateful."

Now, Fonda is one-half of the starring duo in Grace & Frankie—the other, of course, is Lily Tomlin (a thrilling reunion if you've seen 9 to 5)—and is working more than ever. Another item to add to the list? A partnership with Uncle Bud's Hemp & CBD, a brand which offers personal wellness and pain-relief products. Below, find words and thoughts on CBD, agism, activism, and fitness, from the woman herself.

In regards to CBD, how were you using it before your partnership with Uncle Bud's, and how do you use it now? What's been especially helpful for you? What are your favorite CBD products?

I have been using a CBD vape pen for some time to help me sleep. My doctor advised me to get rid of sleeping pills so I use my little pen that controls the dosage and it works great. When we first started talking, Uncle Bud’s sent me some new CBD and Hemp products to try. I was a bit skeptical at first, but then I used their masks and body lotion and their pain relief gel and roll-on and I really liked them because they work. I have osteoarthritis and the roll-on helps relieve the pain. I even gave some of the products to my friends and family and they agreed they work so that’s why I decided to partner with Uncle Bud’s. 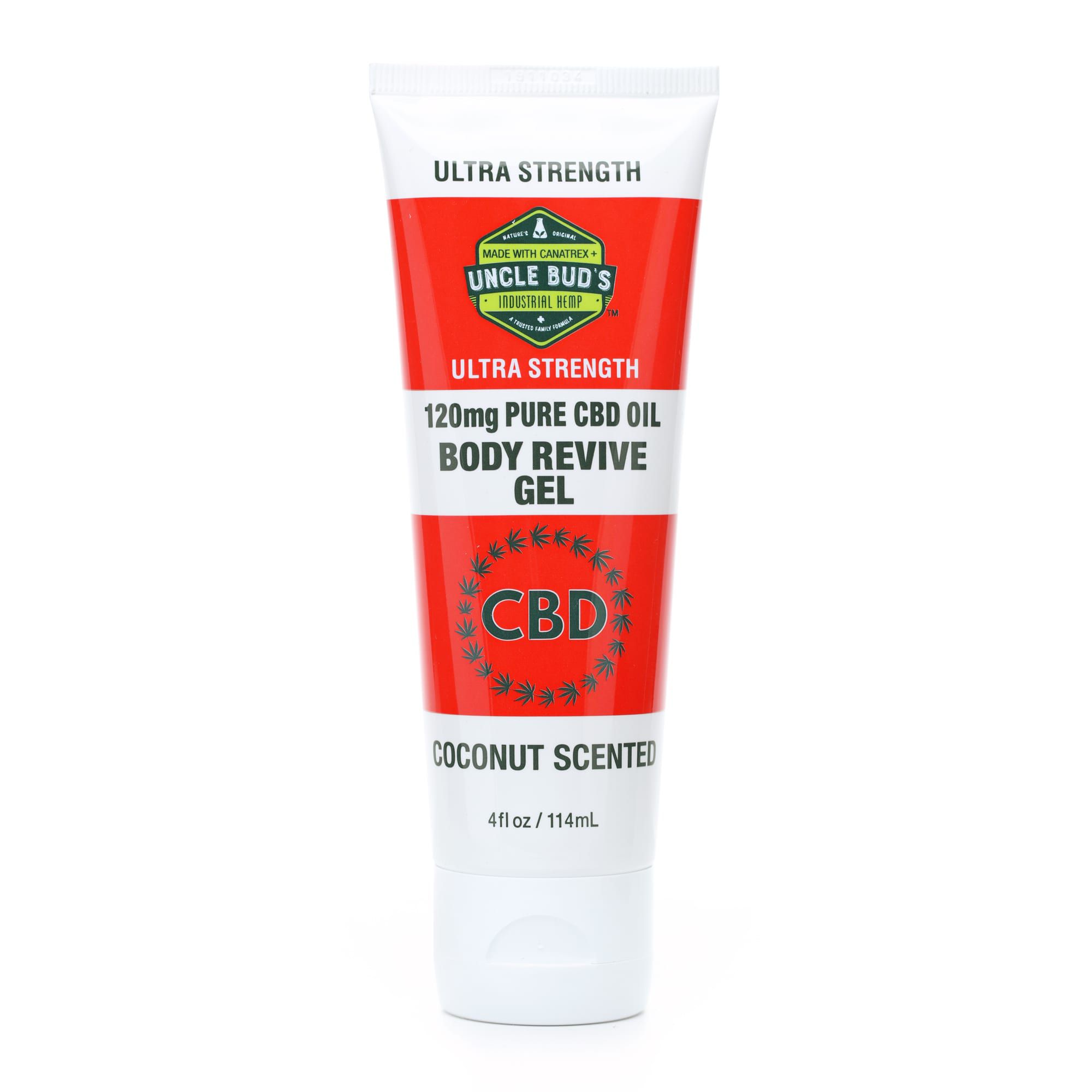 There's still some taboo around the use of cannabis and misunderstanding when it comes to CBD. In general, what are your hopes around people understanding the medicinal value for the body, as well as the positive effect the industry can have on the economy?

I’ve learned a lot about the value of hemp from my friend Winona LaDuke, an Ojibwe leader and climate activist in Northern Minnesota who grows it for hemp fiber. Hemp was a major crop staple even for our Founding Fathers and then it was outlawed 60 years ago. I wear clothes made from hemp sometimes. It’s cool. But today, to find hemp cloth you have to get it from China. Winona thinks we should bring it back as it could be a major staple in a new material economy. Henry Ford even created a car out of Hemp in the ‘40s that ran on Hemp oil and was so strong you couldn’t dent it even with a sledgehammer.

A big misconception is the thought that all CBD and hemp refer to the psychoactive kind that gets you high. But the hemp and cannabis market now is super sophisticated and can separate out the various properties of hemp depending on what you’re looking for. Uncle Bud’s products do not have THC and so they aren’t psychoactive but you still reap all the amazing benefits of the plant which is rich in Omegas and supplements.

You've spoken about how your Klute haircut was your "first hair epiphany," how your hair had ruled you for many years prior to the cut. Can you explain a bit about what that change was like for you? And why your hair was your own form of resistance?

I’ve gone through a lot of transitions in my life and I always feel the need to change my hair to align with those inner transitions.

On the topic of resistance, you've been a vocal activist for decades. How do you feel about what's happening in the world right now? Does this movement feel different or more effective than in years' prior?

This moment is different. First of all, the climate crisis poses an existential threat to humankind that has never happened before and we have a very short span of time—10 years, the scientists say—to cut fossil fuel emissions in half before we reach the tipping point when ecosystems will begin to unravel beyond our control. Climate activists have done a good job awakening the country to the grave danger. Even the usually neutral scientists are crying out for us to wake up and we have. The Movement for Black Lives, in the wake of George Floyd’s murder, has been successful in welcoming wildly diverse people to their protests and the world is finally listening and waking up in a way that hasn’t before. I feel real change is coming. That coupled with the pandemic has exposed the profound systemic inequality that has existed for long time in this country and it’s really hitting people—some for the first time.

You've also been a huge advocate against ageism in the industry. Do you feel like there has been progress on that front? What has been your biggest victory so far?

I think Grace and Frankie has been good for older women because it shows us thriving and living robust, fun, active lives. Going against the stereotypes of aging.

I am a huge fan of Grace & Frankie—especially because the show touches on sexuality and the way our society dismisses it in women over 60. How has your relationship with your body changed as you've gotten older?

Well, I still want to stay fit. I’m not buying new clothes anymore, so I have to be able to fit into the same clothes I’ve worn for years. So while I’m way more forgiving than when I was younger, I like to feel good about my body. Things are tighter than usual but I’m not obsessing the way I used to.

I don't think there's a single person on earth who hasn't tried one of your workout videos, or at least heard of them. What does fitness look like for you now? What kind of movement makes your body feel good?

Many of the same moves from the Jane Fonda Workout but done sloooooowly. ‘Slow down’ is the mantra for older folks, but it’s really important to keep moving and active when you’re older.

What does self-care look like for you? Do you have any special rituals that help you take care of your mental and physical wellbeing from home?

I exercise, walk, meditate and read a lot. And I sleep at least eight to nine hours a night. If I don’t sleep, I can’t function at my best so sleep is very important to me.

Is there one character you felt a kinship with the most? Or one you'd like to dress up like forever? If so, which one?

I’ve felt "kinship" with many of my characters – Bree Daniels from Klute, Sally Ryde from Coming Home, and Gertie Nevels from The Dollmaker, but none I would dress up like forever… or even for one time.

Do you have any beauty icons, past or present?

Where's the first place you'd like to travel to once it's safe?

I’d like to go across town to hug my youngest grandchild.

What do you wish you could tell your younger self?

I’d tell myself that "no" is a complete answer.

Zoom Date: Naomi Watts Tells Us Every Product in Her Clean Beauty Routine