Is Astrology Real? We Asked 5 Women to Put Their Horoscopes to the Test 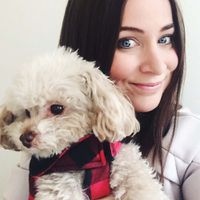 Gabrielle Savoie
Gabrielle has has been a writer and editor for almost 10 years. She is currently a senior contributing editor at Domino.
Byrdie's Editorial Guidelines

"What's your sign?" may be a great conversation starter—usually igniting answers like "Oh, I'm such a Leo!" or "I get along so well with Capricorns"—but whether or not we can factually describe our personality based on a zodiac sign or predict life events from a horoscope column has yet to be proven. In 2018, astrology became a meme, The Atlantic reports. "The stigma attached to astrology—while it still exists—had receded as the practice has grabbed a foothold in online culture, especially for young people," the author summarizes.

While some anecdotal evidence might be scarily accurate—like the time your flight got delayed seven hours while mercury was in retrograde or how you are as indecisive as your Libra personality suggests—astrology has yet to be proven as a factual science, even if the zodiac signs are rooted in astronomy. Sure, planets rotate and align, but does it have meaning when it comes to the daily events of our lives?

We put this to the test with celebrity astrologer Rebecca Gordon of Harper's Bazaar, whom we met at an Alise Collective retreat at The Surf Lodge in Montauk. On a rainy afternoon, a group of us gathered around in the cozy sunken lounge to hear the astrology expert speak about the August eclipses and what it meant for each sign of the zodiac.

Immediately, the readings seemed to resonate with many of the women present: One was told she would undergo big changes with relation to her home—and as it turns out: She had just moved in with her boyfriend. Another was told she had to listen to her heart and take a leap of faith—lo and behold: She was preparing for a move across the country. After the group session, each participant had their own personalized reading focusing on the lunar eclipse happening that week, and the much-anticipated solar eclipse. That evening, chatter around the dinner table turned into a discussion about how accurate some of these readings felt to each woman present.

So is astrology real? While we can't say for sure, we chatted with five of the women about their experience. Here's what they had to say—you'll be surprised at how accurately some of these predictions turned out.

On Climbing the Corporate Ladder

I fall for astrology headlines every time. I read my astrology predictions each week, but I never take it too seriously.

For the lunar eclipse, she said something big would happen that would make me let go of my insecurities, while for my solar eclipse, she predicted that I would experience big changes and steps in my career.

This is a hard one. I don't think anyone lets go of their insecurities easily, much less at all. But now looking back, I think I had more then, and I realized I was worth a lot more than I was giving myself credit for.

I think since I was able to let go of what was holding me back and the insecurity that my ideas and opinion weren't worth people's time, I was able to accomplish great things.

This one came true. I was hired for my first job, have met so many people along the way, and now feel much more comfortable with myself and my ideas in the workplace. My lunar and solar predictions went hand in hand. I think since I was able to let go of what was holding me back and the insecurity that my ideas and opinion weren't worth people's time, I was able to accomplish great things.

Do you take astrology readings into consideration when making decisions in your daily life?

I don't! I think that's why it worked so well. I didn't judge my decisions or try to create anything. It wasn't until now that I've realized how scarily accurate Rebecca's predictions were.

On Making a House a Home

I don't believe the position of the stars and moon necessarily impacts our lives. However, astrology readings often consider a few core parts of your life, and I do think your reaction to the astrologist's comments and predictions can be telling and useful in helping you make a decision. Also, it's so fun.

She spoke a lot about big changes to my home, which is crazy: We just bought an apartment and moved to Brooklyn.

The lunar eclipse prediction centered around letting go of something at home and coincided nicely with leaving Manhattan for Brooklyn.

I think astrology is entertaining and fun, but I never take it too seriously.

For the lunar eclipse, she said I would be letting go of something or someone in my life, and it would be painful but necessary. For the solar eclipse, she told me I would have tons of new brought into my life whether that was relationships, business, etc.

I had just let go of a client that I was close to, so you could go either way with her prediction coming true or not.

It did. I have had so many new relationships come into my life in the last few months, as well as new ideas and projects.

On Putting Relationships to the Test

I find astrology readings entertaining more than anything. I will say that I've had many instances of horoscopes being scarily accurate, but I can't say I'm a full believer.

This one was crazy—she asked me if I had recently broken up with someone, and I said that I had recently started seeing someone. She gave me a horrified look and said to be careful—that something would happen that would make or break the relationship. The next day something happened that put this relationship to the test.

This remains to be seen, but I do feel like this year, after moving to a new city, I've been building many significant connections, whether professional ones or friendships. The idea of community rings truer to me than ever.

On Removing Oneself From Toxic Environments

To an extent. I know a lot of people with the same birthday as me, and we are all different. I think the full reading with the time of birth is indicative though.

The lunar focused on being part of a new community.

Yes, as I left a job in a toxic environment and started a fresh one.

Still skeptical about astrology? Perhaps that's ok. And if you're into it, that's fine too, because even in today's hyperconnected times, we're still just trying to make sense of the world. As The Atlantic puts it, "Astrology expresses complex ideas about personality, life cycles, and relationship patterns through the shorthand of the planets and zodiac symbols," writes The Atlantic. "And that shorthand works well online, where symbols and shorthand are often baked into communication."﻿﻿ 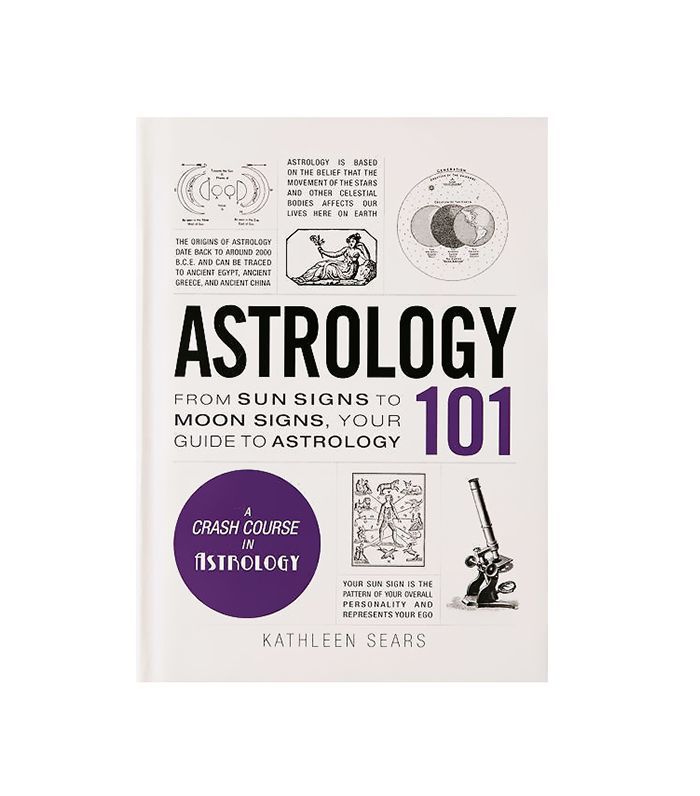 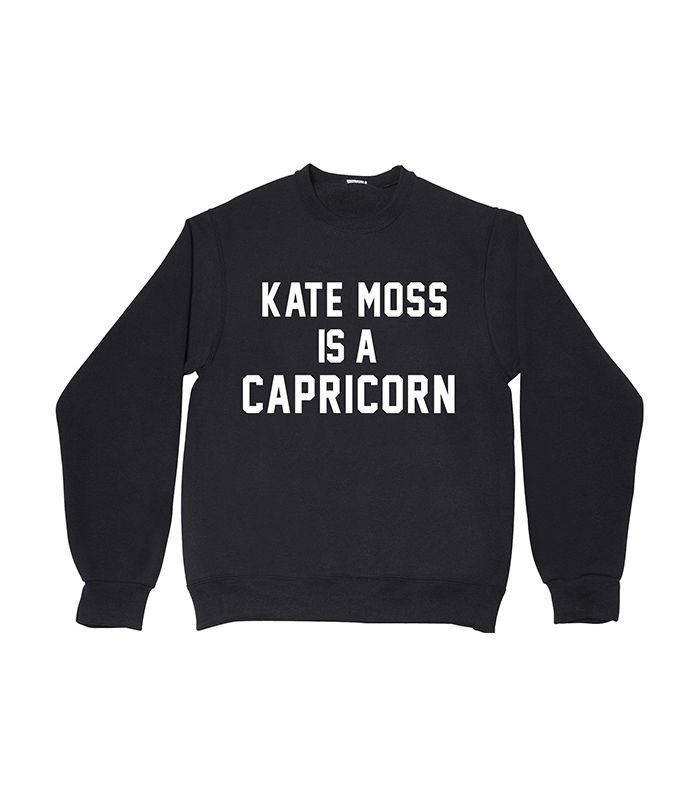 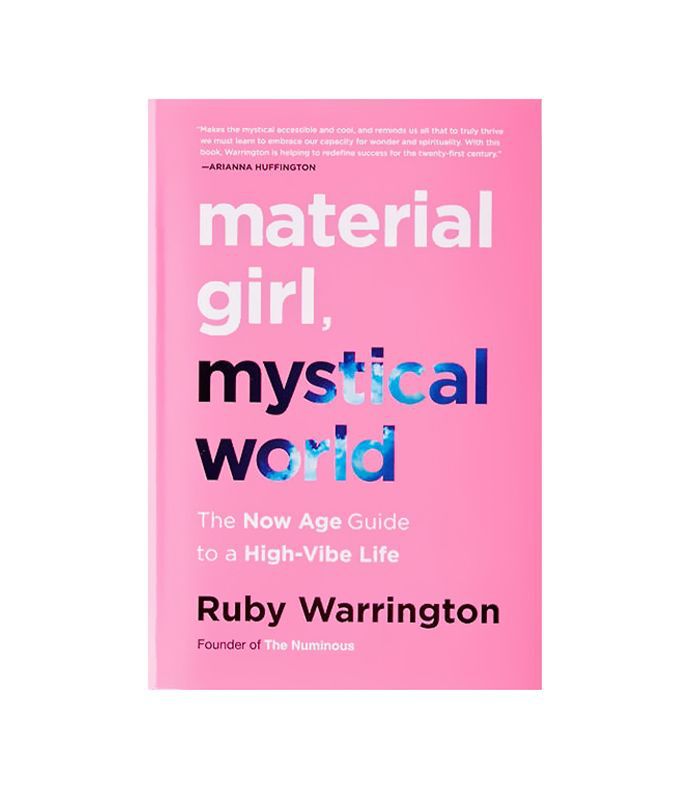 Ruby Warrington Material Girl, Mystical World $28.00 $19.00
Shop
Article Sources
Byrdie takes every opportunity to use high-quality sources, including peer-reviewed studies, to support the facts within our articles. Read our editorial guidelines to learn more about how we keep our content accurate, reliable and trustworthy.