Reflection Why Is the Internet So Obsessed With Morning Routines? The Reflection Issue

Why Is the Internet So Obsessed With Morning Routines? 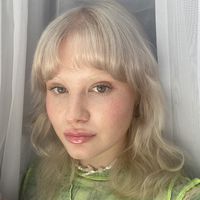 Laura Pitcher
Laura is a writer for Byrdie who has written for Teen Vogue, i-D, Refinery 29, and more.
Byrdie's Editorial Guidelines

As lockdowns began worldwide in 2021, so too did the calls to "make the most" of time inside by working out, journaling, and even (for an unknown reason) making bread. Then came the flood of so-called "inspirational" routine content all over the internet. There was even a point in time where people were sharing their carefully curated pandemic day planners.

As heightened as this became during the pandemic—perhaps due to the fact we’re all searching for some semblance of control—the internet has always been plastered with content around morning routines. Whether or not this obsession is healthy for us or not is an entirely different story.

Carl Cederström, associate professor at Stockholm University and co-author of The Wellness Syndrome, says this fixation fits into the rising Individualism under capitalism, where we’re constantly encouraged to view ourselves not as people, but as never-ending projects. This is what he calls "wellness syndrome," where an obsession with participating in wellness trends has us commodifying ourselves far beyond our work and into our day-to-day existence.

"A lot of people think the morning routine is the key to infinite success and, in a sense, part of that is true. If you do look at successful authors, what many of them have in common would be a writing routine which would go on no longer than lunchtime," he says. The difference then becomes the fact that while authors often wake up with a clear mission (get ready and start writing), many of us are crafting our morning routines without purpose.

"We live in a time that is hugely obsessed with success and finding hacks to get into success mode but, if you’re creating an extensive routine for the sake of it, instead of waking up early, taking your coffee and sitting by the computer to write, you create elaborate morning rituals filled with short workouts and juices,” Cederström says. This, he says, is part of living in an era with "bullshit jobs," a term coined by anthropologist David Graeber in 2018 that correlates societal harm with meaningless jobs.

This idea of creating a routine for the sake of it—and because you’re seeing other people on social media do it—was evident in the recent “that girl” routine trend on TikTok, where creators shared extremely early (and aesthetic) morning routines on the app. The idea was that if you can be a more productive "healthy" version of yourself, you become "that girl" and therefore elevate yourself beyond being a regular person.


It’s important to note that the acts of working out, journaling, and even having a green smoothie in themselves are in fact healthy, however the pressure to compile them all into content and “keep up” with other people online is now. "You have this intense pressure where people feel like they need to live up to these demands of at least making it look as if you live a perfectly balanced and meaningful life, the fast and slow life at the same time," says Cederström. "There is always the risk of crumbling under the weight of that pressure."

Creating a routine that works for you as an individual, however, is something that Santos says can improve our overall well being. “There’s evidence that simple rituals can help us kind of feel a little bit more connected with the people around us,” she says. “Routine in general really cuts down on the choice overload that happens throughout the day. It can kind of help us make decisions in a more streamlined way."

Where we fall into the trap of “wellness syndrome” is then any time that we make comparisons or are worried about the self-presentation of our routines. “On the whole, the routines and schedules are pretty good and can actually make us feel good,” she says. “The problem is that once we become obsessed about them, once it becomes about what other people are doing, that's not necessarily a boost for our wellbeing."

Since the nature of the internet is social comparison and careful curation, it’s clear building a healthy morning routine that’s best for you won’t happen by copying any wellness influencer on TikTok. Instead, Santos recommends adding one new ritual to add to the start of our day and when we’ve finished work that we enjoy (enjoyment being the key emphasis). This could be as simple as walking to grab a coffee and croissant from your favorite baker, or even calling your mom.

"Having a ritual you do before a hard workout can make it a little bit easier to get through that workout can make you more confident as you're doing that workout,” she says. “The key is that we have to do them in a way that's not feeling too obsessed over time.” This means placing down our phones, disconnecting from social media for a bit, and remembering that every second of the morning doesn’t have to be extremely productive from the outside eye. “Productivity” looks different for everyone and some of the most enjoyable things in life aren’t productive at all—nor should they be.

The 9 Products That Inspired Team Byrdie’s Love of Beauty