What America’s First Influencer Thrift Store Is Really Like 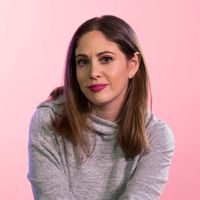 Ilana Gordon
Ilana is a freelance entertainment and comedy writer. Her work has been featured in Input Mag, Jezebel, The A.V. Club, and more.
Byrdie's Editorial Guidelines

Thrift stores haven’t been the same since the pandemic, and shoppers have noticed. Walking through the aisles of Goodwill or Salvation Army, it’s becoming more and more apparent that the quality secondhand pieces traditionally found in these spaces have been replaced with a panoply of items from brands like Shein, Fashion Nova, and LuLaRoe. The golden age of thrifting is over and now is the time to reimagine what a thrift store can look like.

Enter Detoure, “America’s first influencer thrift store.” Founded in April of 2021, Detoure hopes to empower influencers to easily donate unwanted clothing, while giving fans direct and discounted access to their fashion cast offs. TikTok influencer Hannah Harrell grew her following by inviting the internet to watch her get ready. Detoure takes this digital intimacy one step further, allowing shoppers to virtually step inside Hannah’s closet and buy her unwanted stuff. Hannah is one of 46 influencers currently partnering with the site, many of whom were connected with the company through word of mouth.

Gen Z is known as Generation Green, a nod to the demographic’s understandable desire to prioritize sustainable practices. But Generation Green can also refer to the envy Gen Z’ers must contend with as they attempt to keep up with a fashion trend cycle that moves as quickly and randomly as the TikTok algorithm. For young shoppers, Detoure provides an attractive hedge: Affordable self-expression without the self-flagellation that might come with participating in the fast-fashion economy.

Detoure is very much a company founded by Gen Z, for Gen Z. The company’s founder, Meghan Russell, is 24-years-old and had an unusual entree into the fashion world. While studying global health at Cornell, Meghan became interested in human trafficking and its connections to the textile industry. From there, she moved into the ethical fashion space, and it’s here she started working closely with influencers, and hearing stories about their dangerously expanding closets.

Meghan says she was particularly inspired by one influencer who was concerned about how much clothing she owned, but felt stymied because she didn’t have the time to sell her old things on Depop or Poshmark. Even selling in person at places like Crossroads or Buffalo Exchange felt like a bad value proposition, considering how selective these companies are about what kinds of clothing they’ll accept.

“I realized this was a huge opportunity in the secondhand space because we look to influencers to find out what to wear and where to buy it,” Meghan says. “So why not shop directly from their closet?”

It’s a great deal for influencers, especially those based in Los Angeles. Meghan—or one of the five college interns on her staff this summer—drives to their house and picks up their bags of unwanted clothing (usually between 100 to 200 pieces per drop). The bags are then taken to Meghan’s home, which functions as the company’s headquarters. The Detoure team processes and lists the clothing on their site, before providing the influencer who donated the pieces with a link to promote the sale. Customer relations, shipping, and general administration is all handled by Detoure.

We look to influencers to find out what to wear and where to buy it, so why not shop directly from their closet?

The company has experienced significant growth in the last year and a half, most of which Meghan attributes to the viral success of their in-person events. Detoure first started hosting pop-up shops back in the spring of 2022, and in the beginning, the events were intimate affairs. Around 50 people showed up to the first event, which was held at the home of one of Meghan’s friends. By the time the company’s third pop-up shop rolled around in July, over 500 people waited in line outside a rented storefront space on Melrose Avenue in West Hollywood, hoping for a chance to comb through the racks. There was a flamingo pool full of OLIPOP, and influencers like Karsen Kimball and Carolena Huseby dropped by to help restock inventory. Meghan says there are over 5,000 people signed up to be notified about the company’s next event; eventually, Detoure hopes to expand their in-person offerings to other cities like New York and Miami.

For folks located outside major metropolitan areas, Detoure also hosts virtual pop-up shops; the company’s second was scheduled for August 20th. Meghan warns me that over 1,000 people attended Detoure’s first event back in June, so I decide to sign on early to look around and get organized. It doesn’t matter. I abandon any attempt at shopping strategy as items fly out of my shopping cart faster than I can drop them in. I walk away with six pieces—four of them new with tags still on—for under $100. A triumph for both my closet and the environment.

Meghan says there are big things in the works for Detoure. Eventually the company intends to secure a warehouse space, but for right now, she’s content with enjoying their new storage unit, the first step in reclaiming her apartment from the piles of clothing that have overtaken it in the chaos of the last year and a half. Detoure hopes to partner with influencer agencies as they continue to grow their talent roster, and in a dream world, Meghan would love to get Emma Chamberlain’s old clothes listed on the site. There are talks of expanding to menswear, and building out the website so customers have the option of buying an influencer’s entire outfit, rather than just an individual piece. “Clothing for every(body)” is one of Detoure’s three core values, and is reflected in their sizing, which runs between XXS to 4XL. As the company continues to expand, Meghan hopes to partner with more influencers “of different sizes” so as to better represent the people shopping the site.

In the short term, however, Detoure is focused on finding small, actionable ways to push consumers towards sustainability. Given the state of thrift stores, it’s not likely to be a tough sell.

These are the 29 Best Online Vintage Clothing Shops