How to Brighten Discolored Nails (and Find Out What's Causing Them) 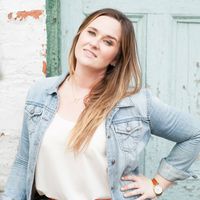 Whether you consistently opt for a perfectly-polished pedicure or you prefer a more au naturale look, one thing’s for sure: nobody wants discolored nails. Yet white stripes, a yellow tint, green, blue—and yes, even black—are all some not-so-fun results of nail discoloration on your fingers and toes.

And just as the colors differ, the reasons behind them do, too. We tapped a podiatrist for the causes behind nail discoloration and how to treat it.

Miguel Cunha, DPM, is a Manhattan-based podiatrist and the founder of Gotham Footcare. He specializes in foot and ankle surgery with experience treating a wide array of conditions.

Instead of simply accepting your nail discoloration, it’s important to see a podiatrist for some answers before tackling the issue on your own. An examination and nail biopsy will likely take place to find a reason for the discoloration if any. After speaking with your doctor, here are some things you might try to whiten your nails and restore their health.

Properly caring for your feet may help prevent both disease and discoloration in myriad ways. Cunha's best advice includes avoiding walking barefoot in any public places and wearing only clean socks. Avoid rewearing and changing socks frequently if you are active. Dark, moist places are where bacteria thrive, and you’ll want to avoid giving them an easy place to grow.

Consider wearing moisture-wicking socks and avoid fabrics that trap in water like wool and polyester.

Properly fitting shoes are also a must to avoid repetitive micro-trauma. Consistent trimming, cleansing, and filing of the nails are important as well to try to avoid discoloration-causing trauma and infection.

Get a laser treatment

If you opt for professional pedicures, ensure you only select places that properly sanitize tools, tubs, and products in-between every customer. Otherwise, you risk contracting a fungus or bacterial infection—a large price to pay for what was meant to be a little R&R. Think about bringing your own pedicure kit if you're concerned about the tools. 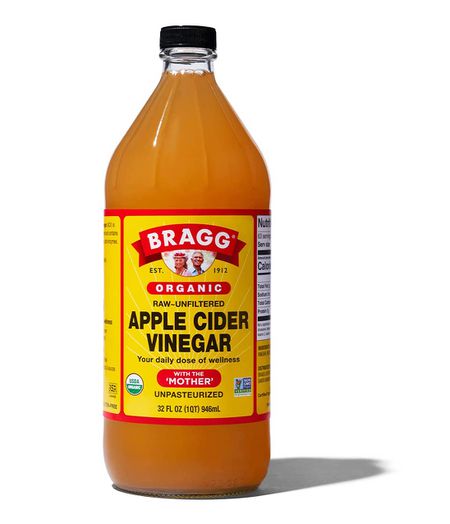 The answer to whiter nails just might be in your kitchen cabinet. Cunha says, "Apple cider vinegar contains both acetic acid and alpha hydroxy acid, which have anti-fungal, antiseptic, and antimicrobial properties to help fight fungal nails, which in turn are more likely improve the white appearance of the nail." Create a foot soak of one part ACV and two parts warm water to help treat the infected areas.

Other products applied topically, such as baking soda and toothpaste, may help cosmetically improve the whiteness of the nails, so long as the nails are not discolored permanently from trauma or underlying pathological conditions. Ultimately, "the quality of your nails really goes down to how well you treat your feet," he explains.

Sometimes, yellowing nails can be a sign of a vitamin deficiency. Vitamins and supplements, like collagen can have a positive effect on nail health and color. Consult your physician before starting any supplement or vitamin regimen.

FAQ
The 16 Best Nail Strengtheners to Treat Brittle, Damaged Nails
Article Sources
Byrdie takes every opportunity to use high-quality sources, including peer-reviewed studies, to support the facts within our articles. Read our editorial guidelines to learn more about how we keep our content accurate, reliable and trustworthy.