How I Trained Myself to Wake up Without an Alarm

I definitely didn't used to be a morning person. At all. During my formative years, waking up was a daily battle replete with groans, yelling, and even tears—even more so for my mother, who often attempted to rouse me three or four times before I finally stormed out of bed, late for school (again).

The irony is that my mornings are now my most cherished time of day. I feel at my sharpest and most productive upon rising and find immense pleasure in the peace and quiet of the waking world. And as for the physical act of waking up? Well, that's the biggest departure of all: These days, I don't need an alarm to get me out of bed, let alone another person. I wake up every single day—even weekends—sometime between 6:30 and 7 a.m.

To be clear, it was a slow transition, something that unfolded over several months before I realized that on most days, my eyes fluttered open several minutes before the 7 o'clock beeping began. It was almost as if my body anticipated it, something I chalked up to anxiety before I realized that it was hardly outlandish to think my body would know to wake up at a certain time. Scientists say that it takes, on average, 66 days to establish a new habit﻿﻿—and I had abided by the same alarm for years.

In the pursuit of perfecting this new reflex, I began to hone in on a few other factors that could certainly make an impact, such as my lifestyle during my waking hours and sleep patterns at night. And while there are certainly the odd mornings that I need a little extra help, for the majority, I have my system down. Really, it's all a matter of taking a holistic approach, and sticking with it—as well as a few other science-backed tricks along the way.

Your goal here is to establish a habit—and according to the extensive research around habit formation, repetition is necessary for your brain to eventually make those connections automatically.﻿﻿ In other words, in order for it to become second nature, you first need to put your body through the motions for a while.

That means choosing a time to set your alarm every single day and sticking with it—yes, even on weekends. (Can I convince you that quiet weekend mornings are lovely and so worth it?) To keep your body's internal sleep clock on track (more on that in a minute), you'll also need to make sure you're going to bed around the same time each night so that you generally get the same amount of sleep. It's simple: Count backward seven to nine hours from when you plan on waking up, and aim for that two-hour window each evening. For me, that's somewhere between 10 p.m. and midnight—totally reasonable for a busy, working adult.

On nights that I'll be out later, I either try to wake up at 7 a.m. regardless or allow myself a full eight hours if I'm feeling particularly groggy—and nothing more. I avoid oversleeping as much as possible since it throws my internal clock completely out of whack. (Research shows that, in some cases, it actually may be worse for you than getting too little sleep.)﻿﻿

Along with consistency, timing is everything when it comes to sleep—and the two really go hand in hand. Your internal clock, aka your circadian rhythm, is set on a specific cycle to ensure the best, deepest sleep. Even if you've technically logged the appropriate amount of hours, waking up at the wrong time during this cycle can make you feel even more exhausted. (This is why snooze buttons are highly discouraged among sleep experts.)

Basically, your brain experiences "sleep drives" throughout the day, controlled by a group of cells in your hypothalamus that respond to darkness and light. For most people, this instinct to get shut-eye is strongest during 2 and 4 a.m. as well as in the midafternoon. (See? Science can explain the 3 p.m. slump.)﻿﻿ But when you're exposed to light, your brain knows to warm your body up and produce hormones to get you going. But if you go with your grogginess and hit snooze, you confuse these processes—ultimately messing with your sleep patterns and making it a lot tougher to wake up, especially at a consistent time. Put simply, your body already has a natural ability to stick with a certain sleep pattern—and going with that can make it a lot easier to nail down the habit.

Allowing the sun to stream through my windows was crucial to establishing my habit—which makes perfect sense since light plays such a huge role in our circadian rhythm. Really, waking up with the sun is one of the most natural instincts in the world.

I now live for my mornings and the predictable routine each one brings: I wake up, journal, stretch, make my coffee and smoothie, and settle into my day. It's comforting and cathartic to have the same rituals—and beyond giving me something to look forward to after rising, I've found it very helpful to compound my sleep habits with several others.

5. Stay on Top of Healthy Habits

Science doesn't lie: Eating well and exercising regularly are crucial for the best possible sleep quality and will make it that much easier to drift off each evening—and, in turn, wake up raring to go.﻿﻿ Beyond that, keeping stress levels to a minimum is also essential, since cortisol (our stress hormone) is released specifically to keep us awake and alert, no matter how tired or sleep-deprived we actually are.

And we've said it before and we'll say it again: Do your best to make your bedroom an electronics-free zone. I find that I sleep a million times better just by moving my phone from my bed to a bookshelf elsewhere in my room, even when it's on silent.

6. Have a Backup Plan

I've had too many nightmares about sleeping through an important meeting (or test) to get rid of my safety net. My alarm is set for 7:15, just in case—and most days, I'm well awake by the time it goes off. (The angry beeping is a lot less dreadful when you're already up with a coffee in hand, FYI.) If you're looking to ease the transition to an alarm-free life, however, it might make sense to invest in an alternative alarm, like a wake-up light or progression clock. 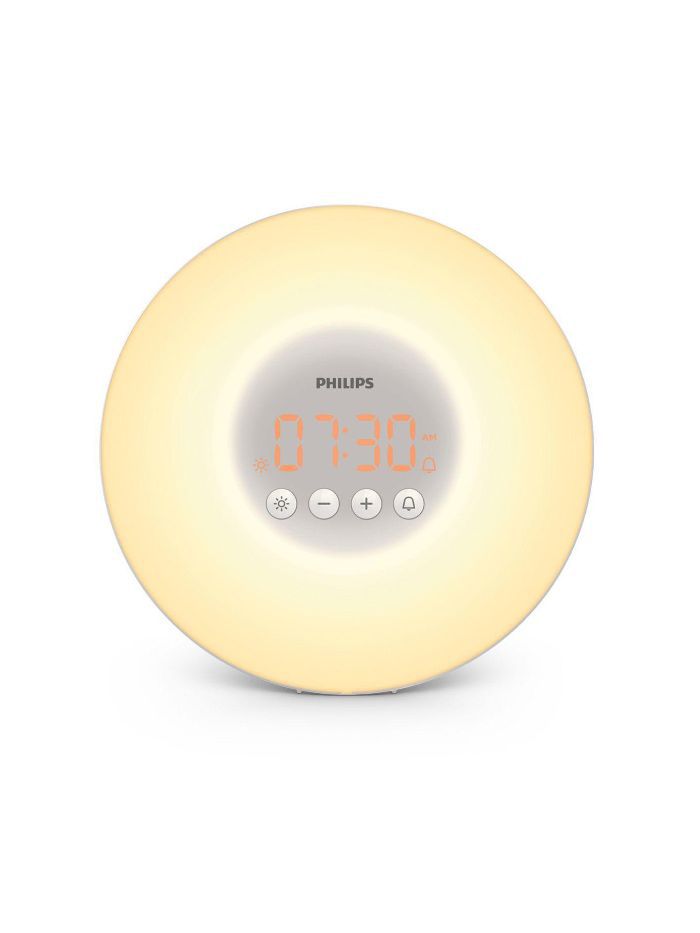 Ideal for those who'd rather not keep their curtains open, this light was designed to brighten very gradually in the morning, mimicking the sunrise. Heavy sleeper? Not to worry: There's a classic beeping function as well. 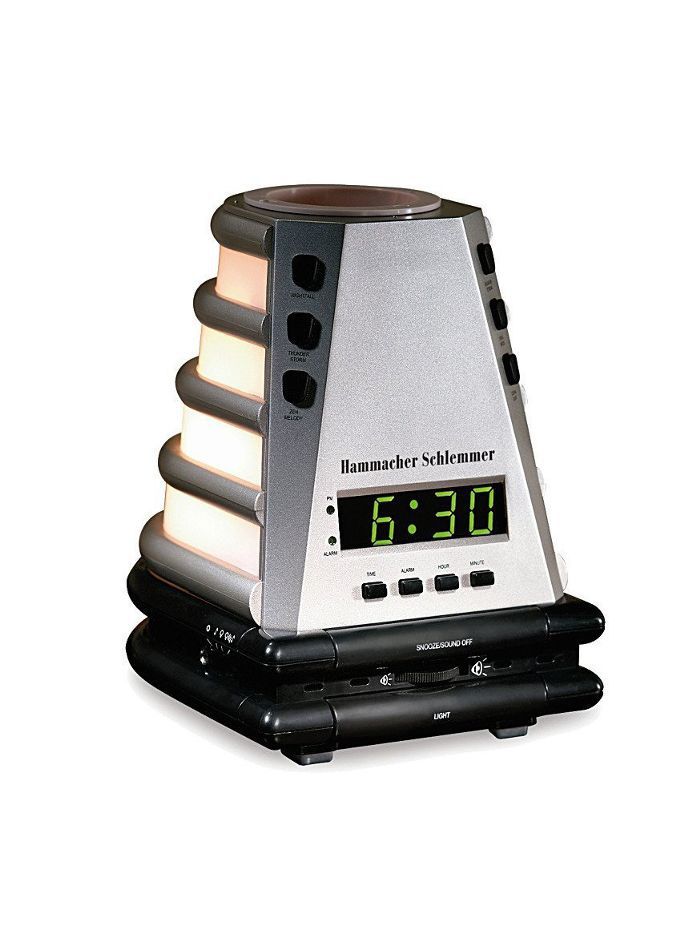 It's essentially the sleep gadget of our wildest, sweetest dreams, come to life: This clock gently wakes you up with the help of brightening light, nature sounds, and the aromatherapeutic scent of your choosing.

And of course, there's also an app for that: Sleep Cycle (free) monitors your sleep patterns based on movement and gently wakes you at the ideal time during your sleep cycle so that you rise feeling as refreshed as possible.