Ask a Dermatologist: How to Get Rid of Facial Dandruff (It Exists)

Medically reviewed by Dr. Julia Siegel, MD
Julia A. Siegel, MD is a board-certified dermatologist based in Boston, Massachusetts. She is a member of the American Academy of Dermatology and has authored several peer-reviewed journal articles and book chapters.
Byrdie's Editorial Guidelines
Board-Certified Dermatologist
Fact checked by
Michelle Regalado

We don't know about you, but the words facial dandruff call to mind a picture of skin so dry that it scales and steadily flakes off like salt from a shaker. However, that's not necessarily the case. According to dermatologist Sonia Batra, MD, MSC, MPH, facial dandruff can make itself known through "redness, itching, and scaling" on small areas of the face. "The most common sites on the face are between the brows and at the corner of the nose and the nostrils, or the creases of the upper lip," she says. That sounds much more common and maybe even a little familiar, right?

As Batra and David Lortscher, MD, dermatologist and CEO of Curology, tell us, facial dandruff isn't all that scary. In fact, it's relatively easy to treat and prevent.

Keep reading to learn more about facial dandruff and how to stop it from happening.

What Exactly is Facial Dandruff?

First things first—facial dandruff isn't just dry skin. You can't treat or prevent it by simply applying more moisturizer to the affected areas of your face. "This very common problem is officially called seborrheic dermatitis," Lortscher says. "Seborrheic dermatitis occurs in areas of the body that are rich in oil glands, so the central face is a prime target. Many people also have itching and flaking in the scalp, although both areas are not necessarily affected; the central chest may be involved as well." The onset of this problem varies with age, usually heightening around puberty, and many suffer with it well into adulthood. The cause, Batra says, is the "overgrowth of yeast that lives on the skin." This yeast is normal and always present on the skin. "However, when someone's immune system is off-balance, such as when they are sick, stressed out, or sleep-deprived, the yeast overgrows and the balance tips," Batra explains. "When a person's system recognizes too much of this yeast, it mounts a response, which is what causes redness, itching, and scaling."

The next question, then, is what do you do about it?

Use a Zinc Cleansing Bar

There are a number of different treatment options, depending on the severity of the case. Lortscher recommends using a Vanicream Pyrithione Zinc Cleansing Bar two to three times per week. It's specially formulated for treating seborrheic dermatitis. 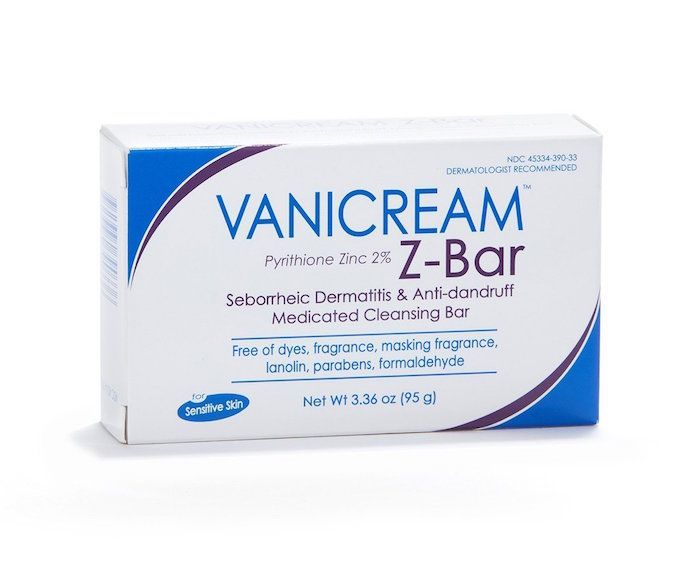 "Avoid bars that contain cocoa butter, which can trigger acne breakout in some people. Lather the bar soap in your hands, apply to the face, and leave on for a minute or so before rinsing off. If your skin is not becoming dry or tight, your skin might tolerate a zinc bar soap more often," he says. As for subscribers of Curology, they have access to other effective treatments. "Zinc pyrithione is available in some of our medications, providing antimicrobial action against both bacteria and fungus. Azelaic acid, another ingredient found in certain Curology formulas, also helps combat fungus, as well as direct anti-inflammatory properties, helping both acne and seborrheic dermatitis." Read more about its prescription-grade ingredients here. 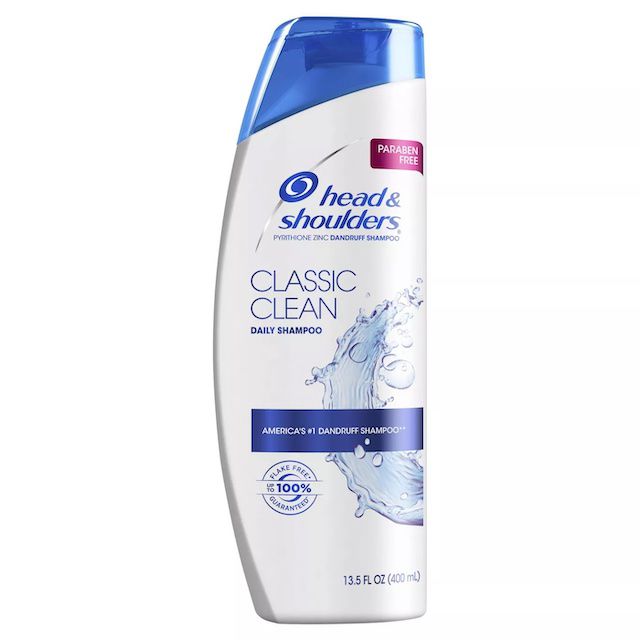 "I always tell my patients that if their skin is 'hospitable' and prone to facial dandruff, it will periodically flare, and the best treatment is to maintain by keeping yeast counts low," Batra says. To do this, try an anti-dandruff shampoo like Head & Shoulders Classic Clean Dandruff Shampoo. "A good maintenance option is using an over-the-counter anti-dandruff shampoo with zinc or selenium as a face wash. It can be left on for five minutes before rinsing off about two to three times per week."

Seek Out a Natural Remedy, Like Apple Cider Vinegar 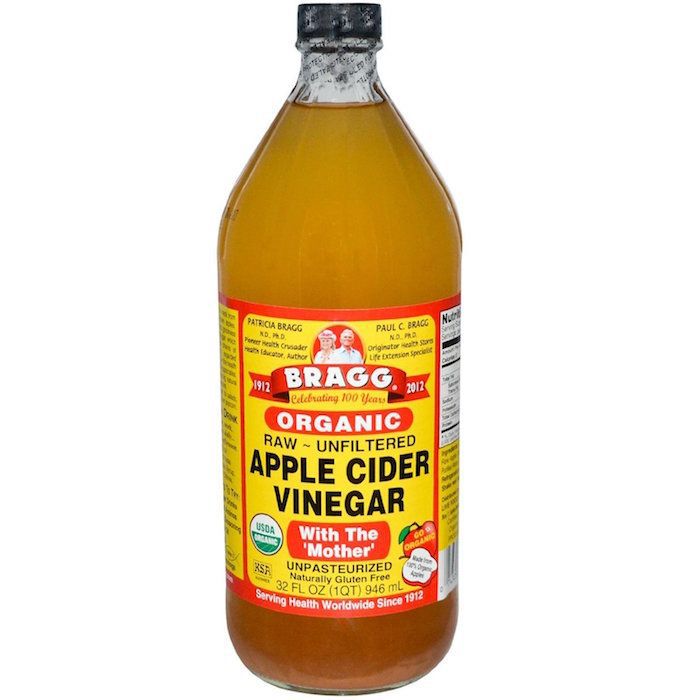 You could also try a natural remedy: apple cider vinegar. It "has natural antiseptic properties and because it contains alpha hydroxy acids, is also an exfoliant for flakes," she says. "The key is to dilute it (one part vinegar to three parts water), or it will smell."

Featured Video
FAQ
Trust Us: These 21 Lotions Will Heal Dry Skin in No Time
Article Sources
Byrdie takes every opportunity to use high-quality sources, including peer-reviewed studies, to support the facts within our articles. Read our editorial guidelines to learn more about how we keep our content accurate, reliable and trustworthy.