How to Prevent and Fade Scars: Dermatologists Tell All 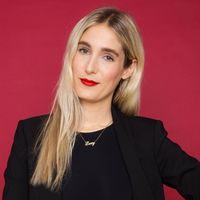 Lexy Lebsack
Lexy Lebsack is a freelance reporter, editor, and correspondent based in Los Angeles. She was also the founding editor of Byrdie.
Byrdie's Editorial Guidelines
Lindsey Metrus 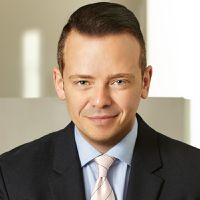 Medically reviewed by Gary Goldenberg, MD
Gary Goldenberg, MD is a board-certified dermatologist based in New York. He holds an expertise in many areas including laser resurfacing of wrinkles and acne scarring, melasma and hyperpigmentation treatment.
ABOUT BYRDIE'S BEAUTY & WELLNESS BOARD
BOARD-CERTIFIED DERMATOLOGIST
Fact checked by
Anna Harris
Fact checked by Anna Harris
Anna Harris is an experienced fact-checker and researcher and a beauty writer and editor.
LEARN ABOUT BYRDIE'S EDITORIAL GUIDELINES

Although scars are a perfectly normal reaction of the body and nothing to hide, you might choose not to embrace all of yours, which is perfectly fine, too. But if you've ever tried to fade or heal your scars, you know that it's easier said than done. To learn more about scarring, we spoke with two top California dermatologists Harold Lancer, MD, and Cynthia Bailey, MD. Together they answered our most pressing questions, from the best at-home options to what to expect at your own dermatologist’s office if you seek professional treatment.

One of the most important lessons we learned? Scarring is a complicated topic with countless treatment paths. And since all scars are not the same, they shouldn't be treated like they are. "A scar is one thing today, and six weeks from now, it will be a different scar, so the approach to treatment should be different," Lancer says.

To learn all about the most common types of scars and the best advice for fading each of them fast, keep reading.

When it comes to treatment, Lancer says for most scars, the sooner the better. “Within the first eight weeks is good; if it's within the first several days, it's even better," he says. "For example, if you have a breast-lift scar that's large, the minute that you take the stitches out, you want to start treating it."

To prevent scarring from occurring on a recent injury, Lancer suggests cleaning the wound twice a day with water and a mild non-soap detergent (try Johnson's Baby Shampoo, $7) then applying a thick layer of Aquaphor to reduce water evaporation from the skin. "When skin is incredibly hydrated, it can repair itself easier," he explains. If it's more than just a surface scrape, he suggests visiting your doctor. "They will clean it properly and maybe start some sort of pressure dressing to prevent raised scars if needed," he says. 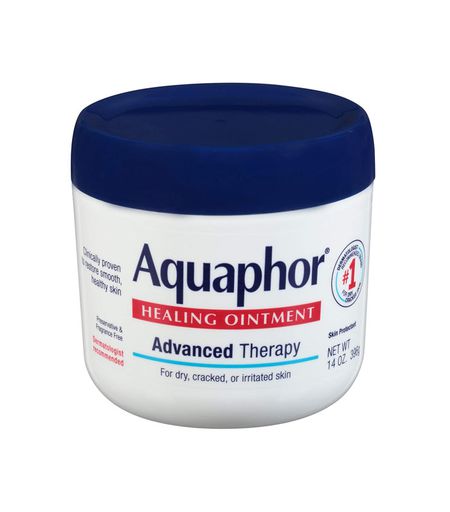 Also known as PIH, this form of scarring can occur from any kind of injury, and it's different from your typical textured scars. Instead of emerging as a raised bump or an indentation, PIH appears as a darkening of the skin. "This type of scarring is due to melanin pigment dropping into the second layer of skin called the dermis," Bailey explains. "Normally, skin melanin stays inside your skin cells of the epidermis (the top layer of skin above the dermis). As that layer grows and sheds, the pigment is shed, too. When an injury causes damage to the boundary between the epidermis and dermis, the melanin pigment can drop into the dermis where it acts like the pigment in a tattoo."

This type of scarring can eventually fade on its own. However, as Bailey points out, the more pigment that drops into the dermis, the less likely the PIH is to resolve entirely. In this case, you'll need the assistance of OTC products or in-office treatment to fade them completely. Bailey and Lancer say you'll want to look for products that turn down pigment production, regenerate the skin, lighten, and gently exfoliate, such as those that contain hydroquinone, botanical lighteners, retinoids (retinol or Retin-A), acids (glycolic, citric, azelaic), and vitamin C. Then, you'll want to load up on sunscreen to prevent the discoloration from worsening.

As far as in-office treatments, Lancer suggests first trying medical-grade hydroquinone, sometimes combined with a low-intensity corticosteroid or medical-grade vitamin C or glycolic acid. When the topical products have done all they can do, Lancer suggests IPL (intense pulsed light). Bailey also says acid peels and ablative laser treatments (erbium and CO2) could help by stimulating reparative reactions in the dermis that might encourage the macrophage cells to clean up more melanin.

Hydroquinone is a chemical compound used in products that treat hyperpigmentation. It works by interacting with the melanin-producing cells in the skin and decreasing the production of pigment.

According to Bailey, all significant injuries that involve both layers of skin will scar to some extent, and since acne lesions injure both the epidermis and the dermis, you're often left with some kind of scarring–whether small and deep or broad and gradually indented–after a breakout occurs. "A scar is the focal production of collagen that your body makes to fill in the injury," Bailey says. "Scars contract and that causes the indentation. PIH can also happen at the site to cause brown color to the scar."

To prevent acne scars altogether, resist the urge to pick at your skin, as Bailey says many acne scars happen from scratching an acne lesion. Additionally, the infection of popped pimples will increase the risk of scarring, so for acne cysts and large pimples, Bailey recommends seeing a dermatologist to lance the area with sanitary medical technique in order to prevent infection or for a cortisone injection.

The dermatologist can also treat the area with ablative lasers, chemical peels, and microdermabrasion treatments, which "help stimulate more diffuse collagen of your entire skin to soften focal acne scars," according to Bailey.

Acne lesions are notorious causes of PIH, so to tackle it, Bailey recommends diligent sun protection with a broad spectrum SPF 30+ sunscreen. "Sun exposure will stimulate a lot of pigment production and more of that will drop into the dermis of injured skin," she explains. 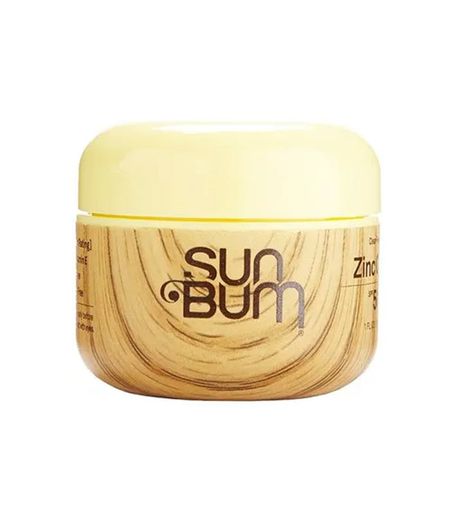 These are the indentations that often appear where an acne breakout once was, such as rolling acne scars or ice pick scars. For an at-home treatment, Lancer suggests applying a topical product with a higher concentration of salicylic acid or a mixture of vitamins C, A, and B complex to irritate the area. “Sometimes if you inflame a depressed, indented scar, the body will make its own collagen to repair it." If this doesn't get you the results you're looking for, he suggests visiting your dermatologist for filler injections. 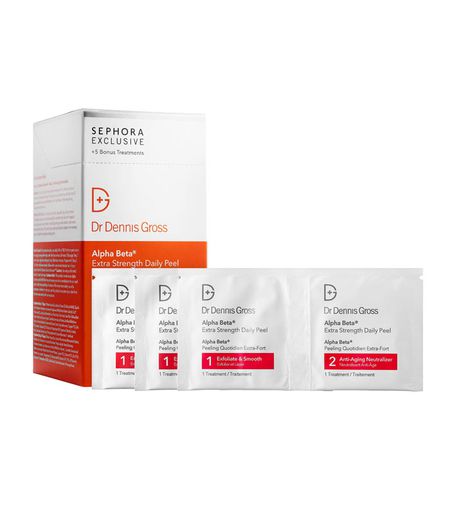 According to Lancer, a hypertrophic scar is one that forms within the first year of an injury that is flaming pink, raised, and active. Bailey further explains them as scars that formed beyond what was necessary to heal a wound. "The body typically stops forming collagen in a scar when the wound is adequately supported and healed," she says. "Sometimes the ‘stop’ mechanism does not work and a thick scar forms."

The trick to treating these kinds of scars at home, according to Lancer, is keeping pressure on the injury to prevent it from rising, which can be done with anything from bandaids and tape to scar dressings made of silicone. 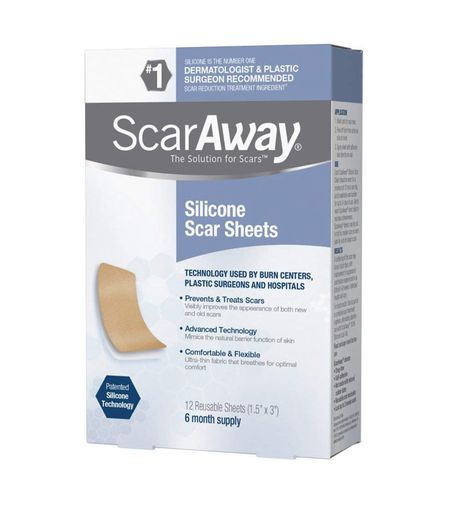 Bailey says in a dermatologist's office, they can be treated with cortisone injections or they can also be surgically excised or treated with ablative lasers in the hopes that the new wound heals with less excessive production of collagen.

As Lancer describes it, when hypertrophic scars mature, they're called keloid scars. These are rounded, hard, and rubbery and have a shiny overlying skin, and Bailey adds, they can be red and tender as they grow. Though any part of the skin can form a keloid, Bailey says they're not typically found on the face and appear more often in the mid-chest. Keloids occur in all ethnicities, though some people are genetically prone to them and they can run in families. A tricky kind of scar, keloids can be caused by injury but they also can form spontaneously. "They may reach a certain size and stop growing or they may grow spontaneously at any time after being stable for years," Bailey says.

Lancer says silicone sheets could possibly prevent the scar from growing, but unfortunately, treatment of this kind of scar is difficult because many remedies may stimulate growth. "Excision and laser have been used but the risk of healing with a keloid makes these risky treatments," Bailey says. "The most commonly successful treatment is injection with strong cortisone." It's also important to note that in-office treatments can be expensive and may or may not be covered by insurance, depending on many factors, such as pain or the origins of the scar.

Contracture scars are often the result of burns, but Bailey adds that all scars contract to some extent. "This can cause indenting or pulling inward of the skin towards the scar," she explains.

Again, silicone scar dressings can help in this instance, but Bailey adds that a scar like this can be softened by careful use of cortisone cream as well as massage. "Pressure and massage may help to loosen the contracted bundles of collagen that have constricted in a scar," she explains. "Scars are built and are very active for 12 months after an injury. The first three months involves the formation of the scar to seal and heal the injury. By three months, a scar is strong enough to hold the skin together. From month four to 12, the scar is remodeling into its final form. This is the time when doctors typically recommend massage of a surgical scar to help soften it and prevent excess contracture." Of course, consult your treating physician for guidance.