Psst: You Can Use the Gua Sha Technique (And Tool) to Naturally Plump Your Lips 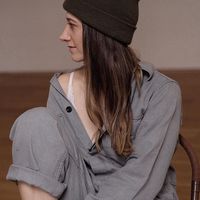 Lindsay Mueller
Lindsay is a full-time freelance writer and brand consultant, and has been writing for Byrdie since 2018.
Byrdie's Editorial Guidelines
Medically reviewed by
Blair Murphy-Rose, MD, FAAD

If you’re looking at Instagram as a barometer, lip fillers and Botox "lip flips" seem more prolific than ever. Influencers, celebrities, and everyday people are hyper-aware of their appearances and how they’re reflected on social media—because selfies. Lip fillers are one of those treatments, along with lash extensions, preventative botox, and microblading, that are on the rise because it’s instantaneous and the results last.

As someone who has looked at her lips on several occasions and wished they were more pillowy, I understand the desire to tweak your appearance. I’m not morally opposed to injectables—I’ve had a nose job and Botox myself, no judgements. But there are many people who won’t get them for one reason or another. Mine is a mix of fear, a new chronic illness, and not feeling like I need them quite yet.

“Some people have a very decreased lip volume over time” said Britta Plug, New York City’s favorite holistic facialist, founder of natural skincare company Wildling, and gua sha expert. “We lose our juiciness!” Even though younger and younger people seem to be trying cosmetic injections, Plug’s statement is true—it’s natural to want your plumpness back.

Thankfully, she has bestowed upon us a natural alternative to fillers. Although it’s not as long-lasting and produces a different kind of result, plump lips sans injectables are possible. “Like anything that brings circulation to the lips, it doesn’t last forever,” said Plug, who referenced the tingly, plumping lip glosses of 2000s nostalgia. “But it does help to preserve the youthfulness of the lips over time because you’re ideally stimulating circulation on a daily or regular basis.” Plug also said this technique, over time, has helped her clients prevent volume loss in the lips and minimize the appearance of "smoker's lines," those vertical lines that begin to show up on the lips' perimeter with age. 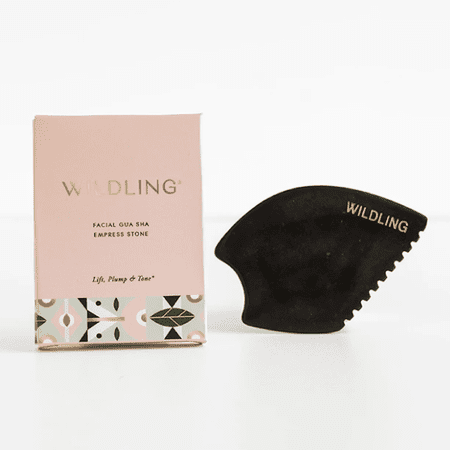 First, you need a gua sha board that has a “comb edge,” like this one by Wildling, Plug says. The comb is used to stimulate circulation, and without it, the smooth stone won’t produce the same results.

Next, make sure you have a hydrosol or toner on hand as well as a natural face oil. “That’s what we use to prep the skin before doing gua sha,” Plug said. Spritz the hydrosol all over your face and follow with the oil. Dispense a few drops in your hand, rub the palms together, and press the oil into your face and neck evenly.

With your non-dominant hand, hold your lips taut. This will help you with precision and will also keep you from bumping into your teeth or nose by accident. It’s helpful to think of doing this exercise in six small sections: upper right lip, upper left lip, lower right lip, lower left lip, top middle lip, and bottom middle lip.

4. Move the Comb Edge Side-to-Side Along the Perimeter of the Lip

Using the comb-edge and moving it relatively fast will provide just enough friction along the outer edge of the lips, which will bring color to the lips and plump them, too. It’s counterintuitive, but you want to be very gentle on the actual lips or avoid them all together. “It’s okay to go over the skin of the lip gently,” Plug said. “But it’s sensitive and thin skin, and shouldn’t receive the same pressure as other parts of your face—it’s too much.”

Like any routine, there are a few instances that aren’t well-suited to the technique. If you have new or active fillers or botox surrounding your lips or mouth, you’ll want to wait before trying this method. Bringing circulation to the area can actually cause them to break down faster (or unevenly), as can the physical interference of the tool.

Don’t do this routine more than once a day. “It can backfire,” said Plug, who reminds us that working with gua sha is working with the tissues of the face. Overstimulation can lead to redness and breakouts, but you’ll be fine if you stick to once daily, every other day, or as-needed. And a precaution. If you’re particularly prone to cold sores, it’s best to avoid this method. “It’s very stimulating,” said Plug, “and can stir up anything that’s dormant.”

Next, how to overdraw your lips (without it looking obvious).