How to Properly Treat an Ingrown Hair Down There

If you choose to remove the hair around your bikini line, it can be a huge pain (literally). Ingrown hairs are a common side effect of hair removal, and because the hair in the pubic zone is usually thicker and curlier than hair on the rest of your body, it has a tendency to turn back into the skin when growing.

"An ingrown hair is a hair that grows into the skin rather than out and is most common in the bikini area where the hair is coarser," explains Dr. Anna Karp. "This can be a hair curving back in and re-entering the skin or a hair that gets trapped on its way out of the skin. Your body reacts to this by producing a red painful bump that usually looks like a pimple." Learn how to prevent and treat this unwanted but very common side effect of the popular hair removal methods.

Dr. Anna Karp is a board certified dermatologist and clinical assistant professor of dermatology at NYU Langone.

Shaving is one the go-to methods for this zone because it's quick and easy. Hair naturally has a tapered edge, meaning the hair gradually decreases in its thickness toward the end like the shape of a blade of grass or sword.

Shaving creates sharp edges on hair when it's cut. This sharp edge makes it easier for the hair to pierce the skin and grow back into it. "While shaving, using a sharp blade and shaving cream is important to prevent ingrown hairs because you will cause the least amount of skin irritation this way," says Karp. "You should also shave in the direction of hair growth."

Exfoliating the area before and after shaving is an extra step toward keeping ingrown hairs at bay. This step-by-step guide to women’s intimate shaving contains tips for a close shave, including how to avoid irritation and ingrown hairs.

Try Sugaring Instead of Waxing

Waxing and sugaring are both supposed to remove the entire hair from the follicle, which is why the results can last so much longer than shaving. Sometimes, though, the hair is broken above or below the skin's surface as it's being uprooted. Just like shaving, these sharp, broken ends create a breeding ground for hair growing back into the skin.

According to Karp, "Exfoliating with a glycolic or salicylic acid solution or pads will help prevent ingrown hairs after waxing/sugaring by removing dead skin cells that are blocking the hair from coming out." In general, she says that "sugaring has been shown to be better than waxing for preventing ingrown hairs," so keep that in mind if you're prone to getting those angry red bumps.

With the right method for at-home bikini waxing, you’ll lessen the breakage with the right skin prep, wax, and application process. If you want to do more than clean up your bikini line, you should make an appointment with a professional who is experienced and skilled in bikini and Brazilian waxes.

If you go to a crafty tech that uses sugaring paste, you'll have the best chance of avoiding hair growing back into the skin. The paste removes hair in the direction of its growth, unlike waxing and sugaring gel, which both remove it in the opposite direction. When working against the grain of hair growth, there's more chance of it breaking and an increased chance of ingrown hairs.

Epilators use tiny tweezers or coils to uplift each hair out of its follicle. There's more chance of breakage using an epilator than when you get a wax or sugar hair removal because hair isn't always taken out at the perfect angle with these devices. There are many brands and models, and what is used has an effect on how much breakage you experience. If you have a tendency to get ingrown hairs, it would be wise to avoid this removal method.

As with waxing and sugaring, Karp recommends regularly exfoliating the area with glycolic or salicylic acid before epilating to "help prevent ingrown hairs by removing dead skin cells that are blocking the hair from coming out."

Most ingrown hairs go away on their own. Sitting in warm baths daily or more than once a day can help, as do hot compresses on the area. If you have an ingrown hair that is bothering you, apply a steroid cream to reduce inflammation and any itching or a topical antibiotic cream if it's painful and seems infected. If it doesn't clear up in a few days or gets worse, see your doctor, who might prescribe stronger creams or an oral antibiotic or both.

If you’re in need of help fast, reach for an ingrown hair fighter but make sure to keep it on the outside of your body only. You might also have some ingredients in your cupboard that you can use as home remedies. And there are other simple things you can do like exfoliating regularly and using a moisturizer to prevent the bumps from appearing in the first place. 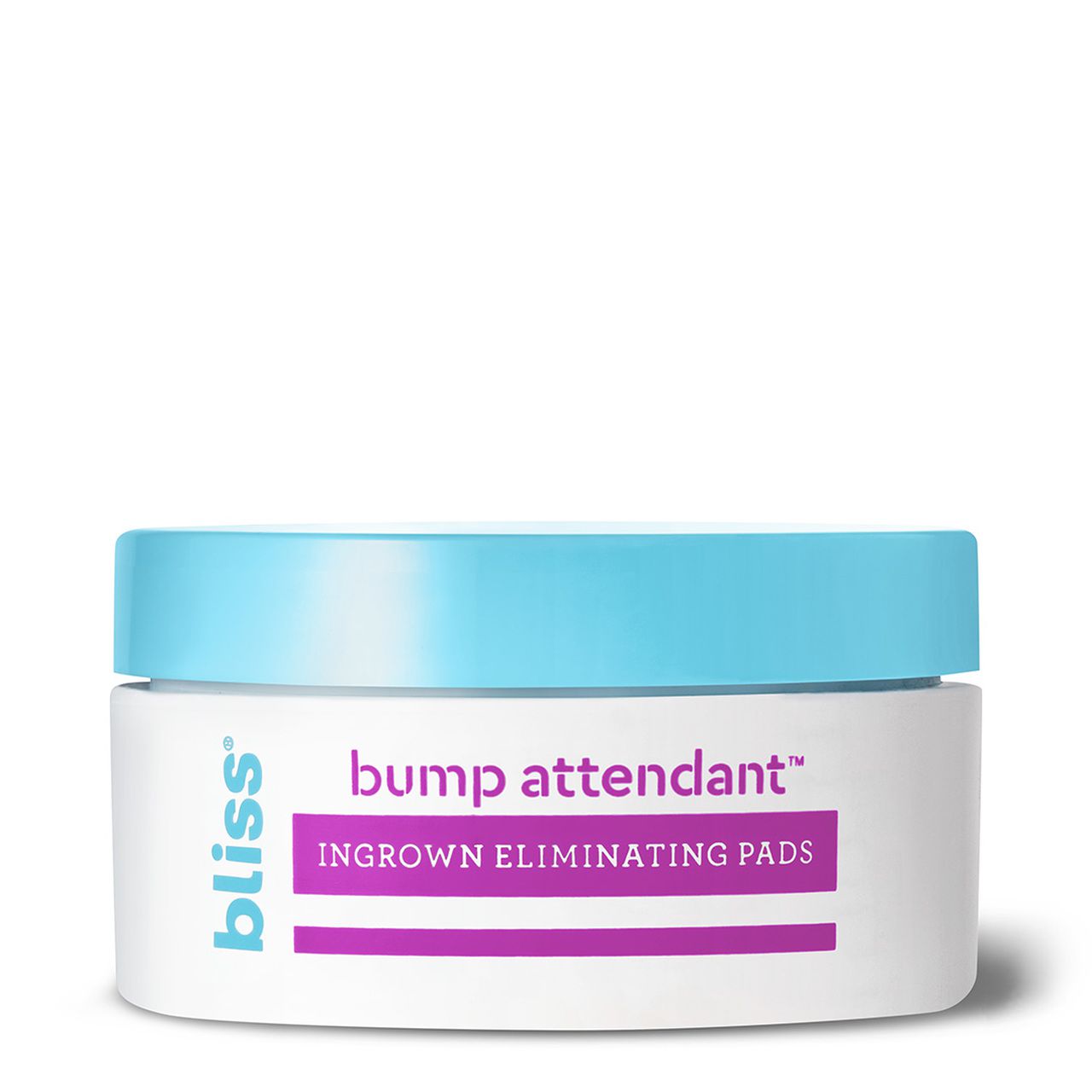 There's always a more permanent option if you're sick of dealing with post-shave or -wax irritation. "Laser hair removal is the best option if don't want to deal with ingrown hairs," says Karp. This technique damages the hair follicle, preventing the hair from growing back in. If you don't have any hair around your bikini line, you don't have to worry about it growing in the wrong direction.

Yes, really. Your antiperspirant could help keep your bikini area free of irritations and ingrown hairs, according to Karp. "One trick after shaving is to swipe your stick/soft deodorant over the freshly shaven area. Aluminum products have astringent, antibacterial, and anti-sweating properties so this can help also." 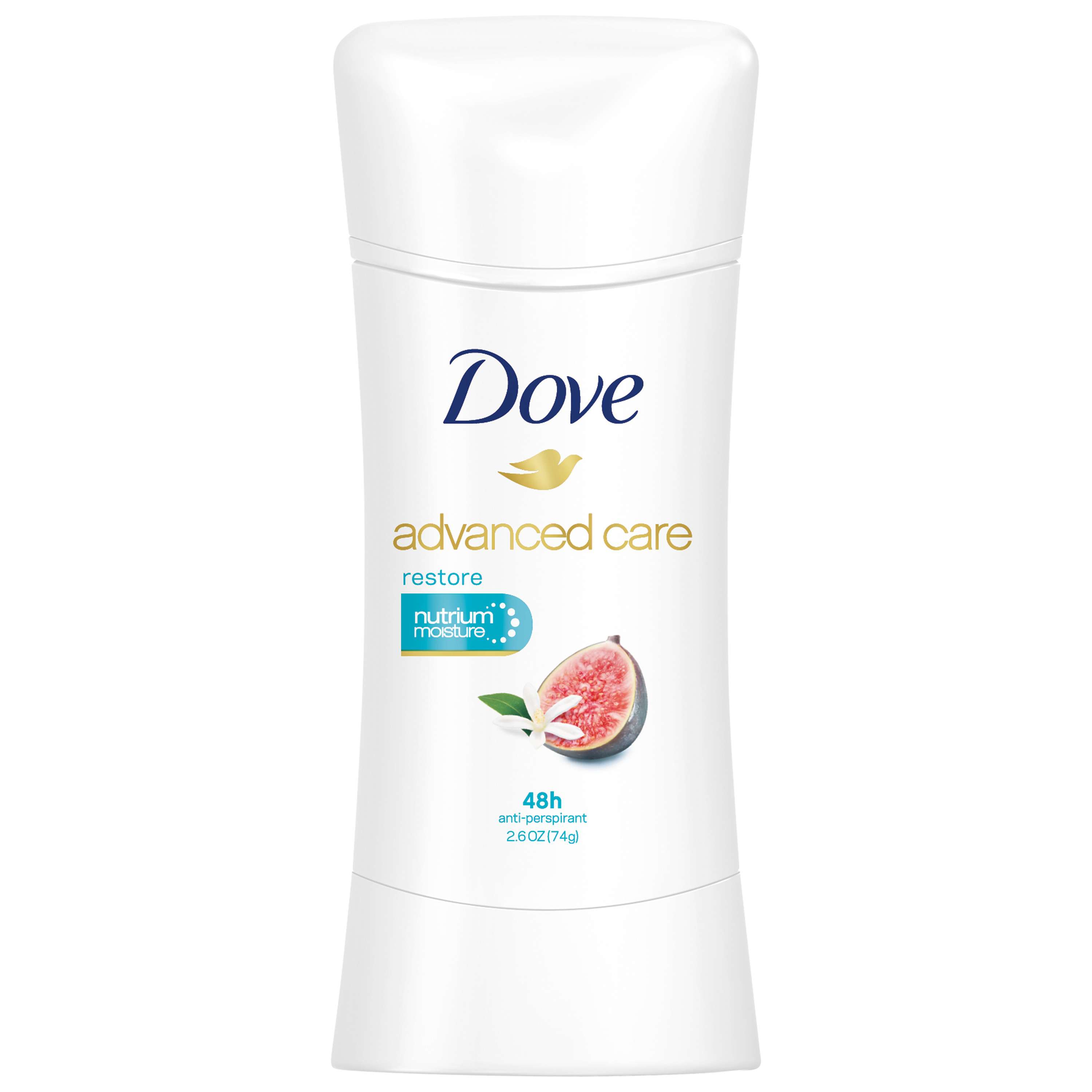