How to Get Rid of Sebaceous Filaments For Good 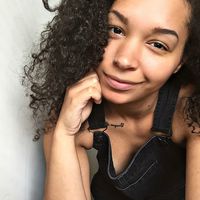 Rachel is a contributing writer for Byrdie. She currently serves as the senior editor for Bitch Media.

For nearly a decade now, I've been trying to get rid of the blackheads on my nose—so I was surprised to realize that those blackheads might not be blackheads at all but rather sebaceous filaments. Dr. Brendan Camp, a double board-certified dermatologist at MDCS Dermatology in Manhattan, clarifies the difference, explaining, “Blackheads are darker and tend to have a texture to them. Sebaceous filaments are a normal skin finding; they feel smooth, do not block pores, and everyone has them.”

What Are Sebaceous Filaments?

“Sebaceous filaments are naturally occurring, tube-like structures that line the walls of your pores. Their purpose is to direct oil flow,” says celebrity esthetician Renée Rouleau. Similar in appearance to blackheads, sebaceous filaments are part of your skin, and therefore you can't get rid of them—but you can minimize their appearance.

When pores fill up with oil, they become sebaceous filaments, the little yellow and gray dots you notice along your nose and cheeks. “Your skin produces oil (also known as sebum) in order to protect and moisturize itself. Sebaceous filaments help guide that oil from your sebaceous glands, where the oil is produced, to the surface of your skin, where the oil can get to work fighting environmental aggressors and dehydration,” Rouleau says. In general, she adds, you can't actually see sebaceous filaments. “But when you have an overproduction of sebum in your skin, the oil can build up and start to harden until it eventually stretches the pore and starts to 'spill out.' This is when they start to become visible.”

So, what we all want to know: How do we actually get rid of sebaceous filaments, once and for all? Rouleau says that the answer is more complicated than we might hope. “Even if you extract or squeeze sebaceous filaments, they will fill up again within 30 days.” But all hope isn't lost.

Through a combination of products and treatments, you can lessen their appearance and help prevent them over time. “The most economical way to address sebaceous filaments is to make treating them part of a routine,” Dr. Camp reminds us.

Ahead, find seven easy ways to help you figure out how to get rid of sebaceous filaments.

Start With an Oil Cleanse to Create a Clean, Solid Base

Mata recommends using an oil cleanser to help really dig up all of that extra oil and dirt. “You can't get 'rid' of them, as they are a part of our skin,” she says of sebaceous filaments, “but you can do several things to avoid inflammation and minimize their appearance on the skin's surface. The best way to do so is by keeping the skin clean through cleansing twice daily, which will remove any surface buildup, such as dirt, dead skin cells, pollution, or makeup.”

Her recommendation is an oil cleanser like Tatcha's Pure One Step Camellia Cleansing Oil. I personally like to cleanse with an oil cleanser and then follow up with a milky, gentle cleanser. 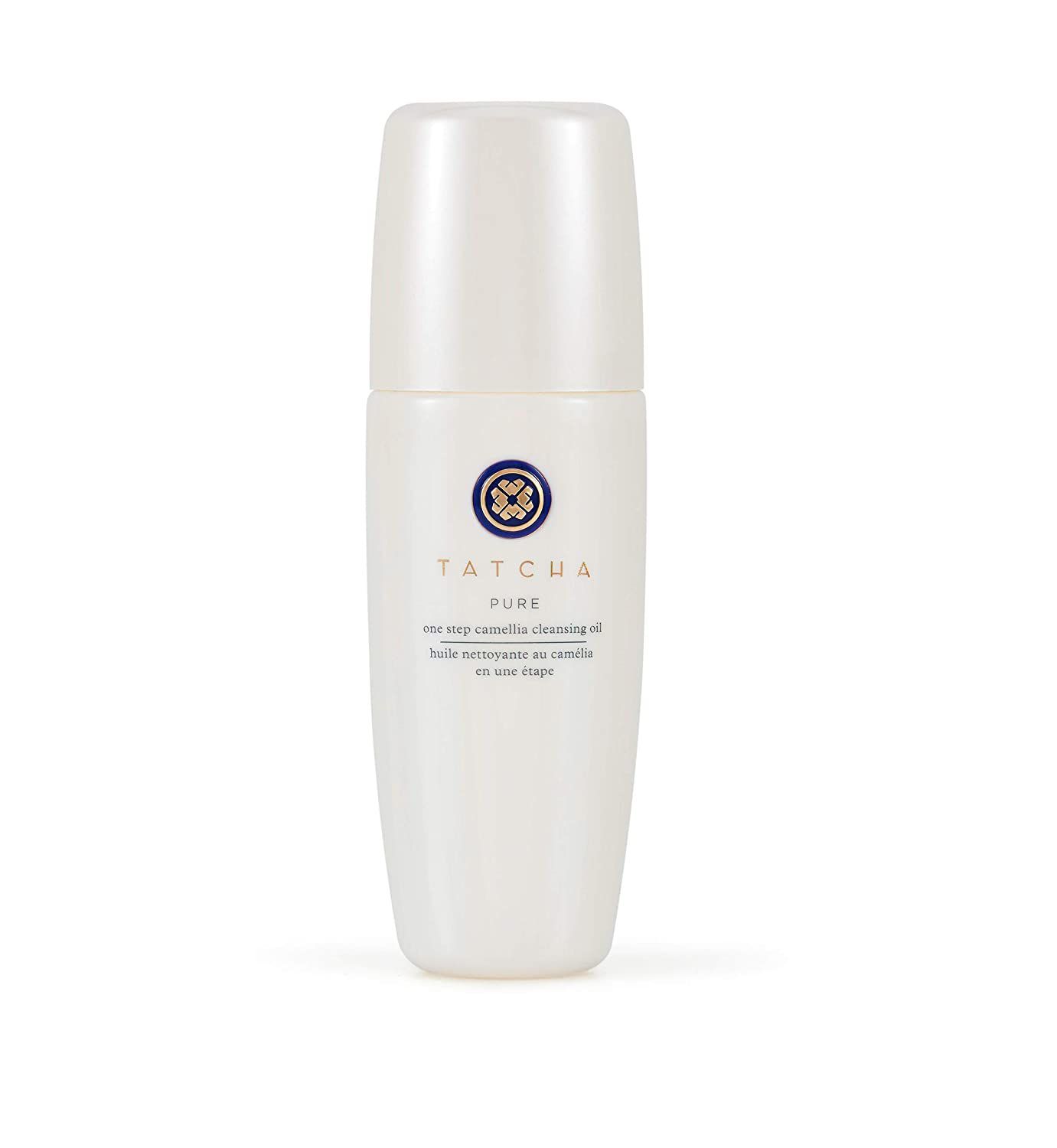 When most of us who do our skincare at home (without the guidance of an esthetician or derm) reach regularly for a sheet mask or a clay treatment, we don't always stop and think about the ingredients and true purpose of those products. By getting intentional about your masks, you can really see a huge impact over time on the sebaceous filaments in your skin.

The Herbivore Botanicals Blue Tansy mask is beloved by many, and I totally understand why: White willow bark, which has natural BHAs, and fruit enzymes promise to work together to push the gunk out of your pores. The best part, though, is that the blue tansy oil itself is meant to help keep your skin calm and prevent redness, so even though you're doing a more intense mask, you won't end up with angry red skin. Use the mask for no more than 15 minutes (five for your first treatment), and use it about every other day. Rinse with warm water, and follow with gentle, hydrating products. 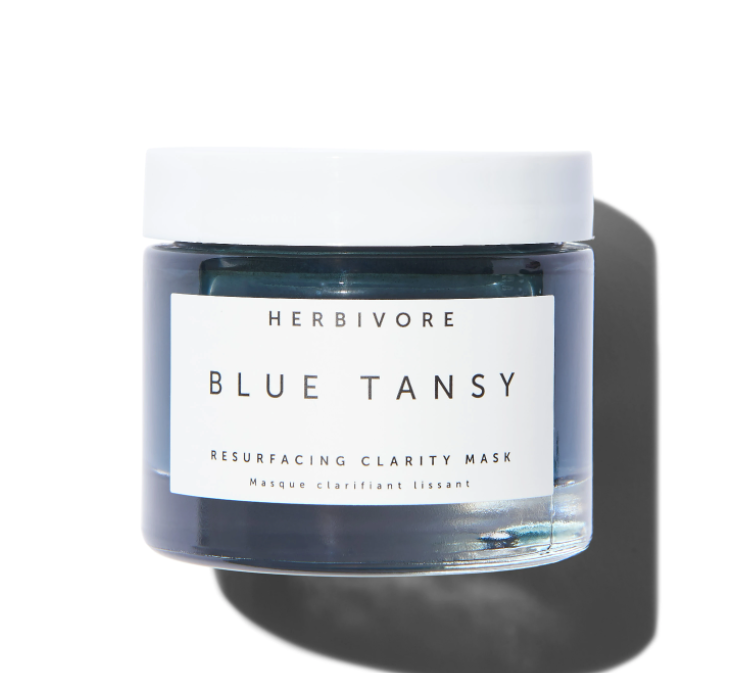 Sometimes it's best to get right to the root of the problem. I really like ZitSticka's Skin Discipline, a supplement that promises to help promote healthier skin overall, thanks to its combo of probiotics and fatty acids. Because it is meant to help regulate sebum and prevent inflammation, it pairs well with the other products on this list, especially those that might lead to a bit of redness due to their intensity (after all, who among us hasn't gone a little too far and wreaked havoc on their skin's acid mantle?). Just take one capsule a day, and enjoy the minty flavor. 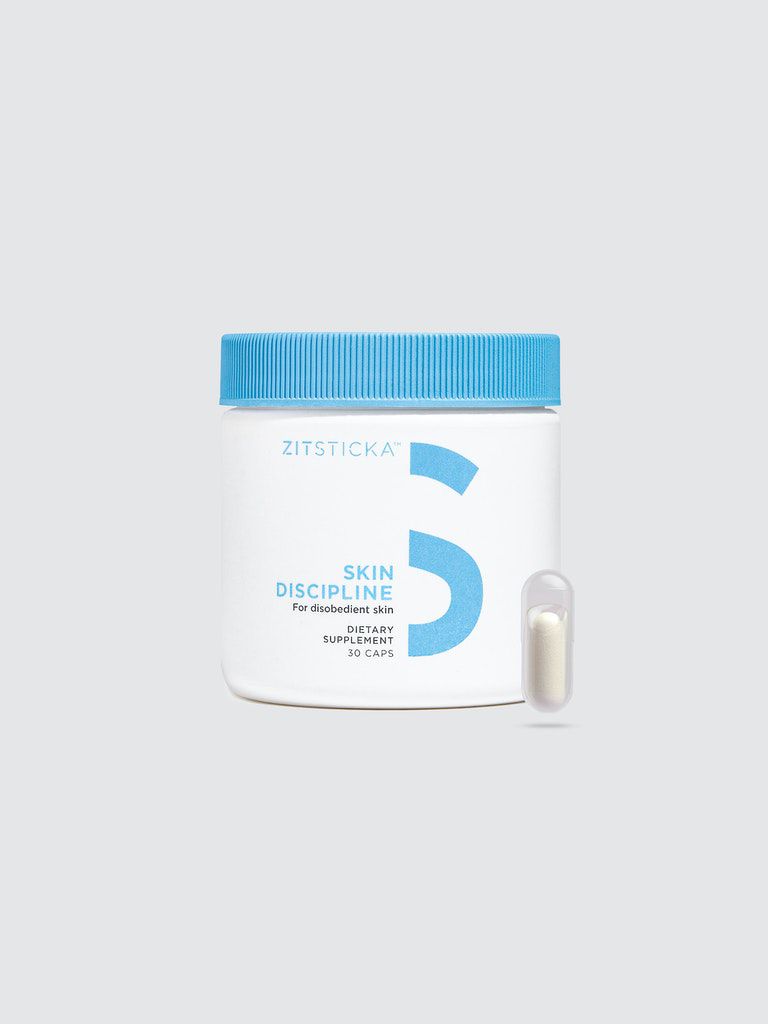 Moon Juice's Acid Potion has a combination of BHAs including glycolic, lactic, and salicylic acids. Regarding the latter, Rouleau explains, “Salicylic acid is a beta hydroxy acid, which means it's able to cut through oil and get deep into your pores. This will allow it to start breaking up the gunk clogging your pores, minimizing the appearance of the filaments and preventing more from cropping up.” If you have a pretty basic routine, this is going to pack a punch. After you wash your face, apply this toner, and follow up with your moisturizer. During the day, don't forget sunscreen! 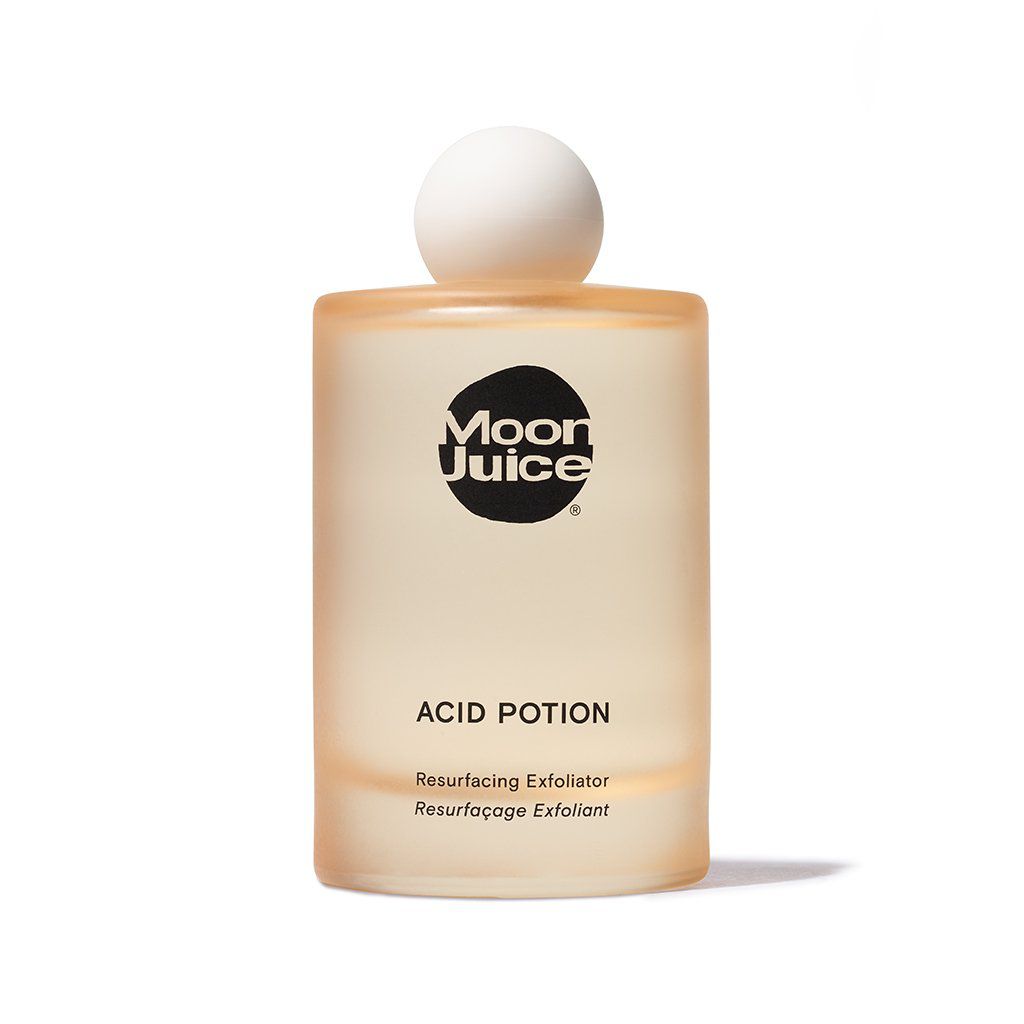 Moon Juice Acid Potion Resurfacing Exfoliator $42.00
Shop
We Tried All of Moon Juice's Best Sellers—These Are the Best Ones
05 of 07

Herbivore Botanicals' Prism facial is 20 percent AHA and 5 percent BHA, and these acids are where the magic happens. “Alpha hydroxy acids, such as glycolic and lactic acid, exfoliate the skin by removing dead skin cells,” explains Dr. Camp. “Beta hydroxy acids, like salicylic acid, are lipophilic, allowing them to mingle with oil deep within the pore and break up oil plugs.” This combination is a sebaceous filament-killer.

Alpha hydroxy acids are a group of acid compounds, most often derived from plant-based sources, which work to exfoliate the skin. They come in a variety of types (like glycolic and lactic acids) and differ in size, penetration, and potency.

To use this facial, apply a thin, even layer once or twice a week. Note that, as is the case with many facials, slight redness afterward is nothing to stress about. Follow up with gentle products, and limit your acids following the treatment. 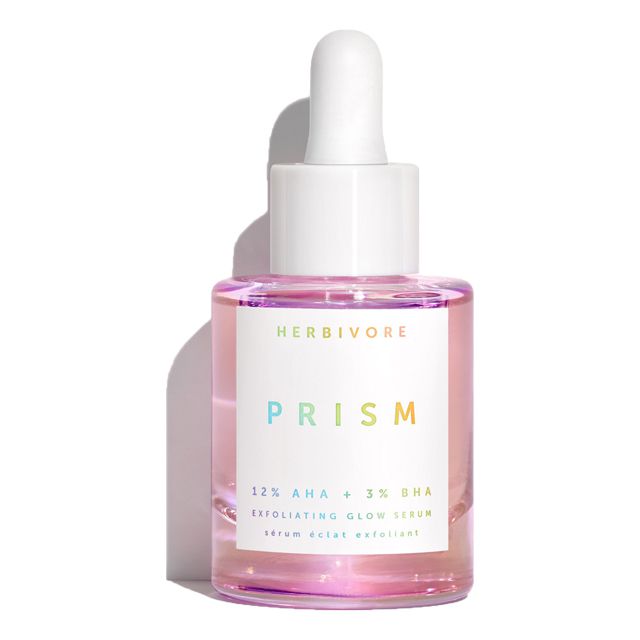 “Retinol and retinoids can also be really effective against sebaceous filaments,” explains Rouleau. Retinol can sound a little intimidating, especially if you're new at introducing actives to your skincare routine. “If your skin is sensitive or you haven't used retinol before, I suggest starting with an over-the-counter retinol,” Rouleau advises. “If you have oilier skin or have used retinol before, you can try a retinoid such as Differin, which is still available over the counter.”

To use Differin, apply a thin layer of the gel daily after cleansing (though if you're sensitive or new to retinol, you should start by applying it two to three times per week, then work your way up to daily use). Differin and other retinoids put in work, so you should see a major difference within two months. 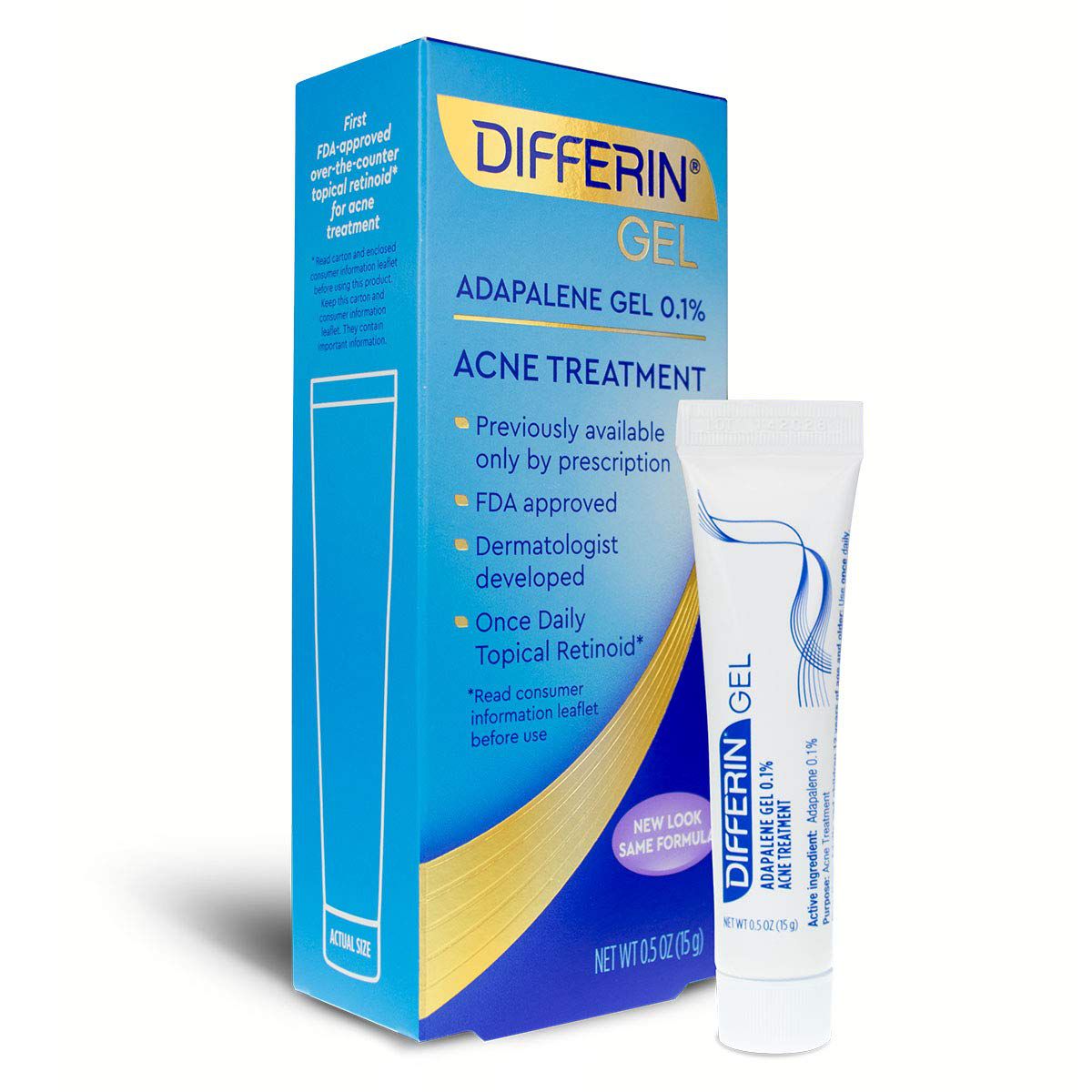 The Dermaflash Dermapore is an expert tool that you can use to bring more intensive skincare into your own bathroom, making it a more affordable and doable option for many of us. The product works by offering two modes, one for extraction and one for infusion. In extraction mode, the tool uses ultrasonic waves (not as scary as it sounds, trust me) to vibrate away dirt and oil from clogged pores. It's important that you keep your face nice and damp throughout the treatment so that the tool smoothly glides over your skin. If you use it about once a week, you should see a noticeable improvement within a month of use as it vibrates away excess oil and dead skin cells. 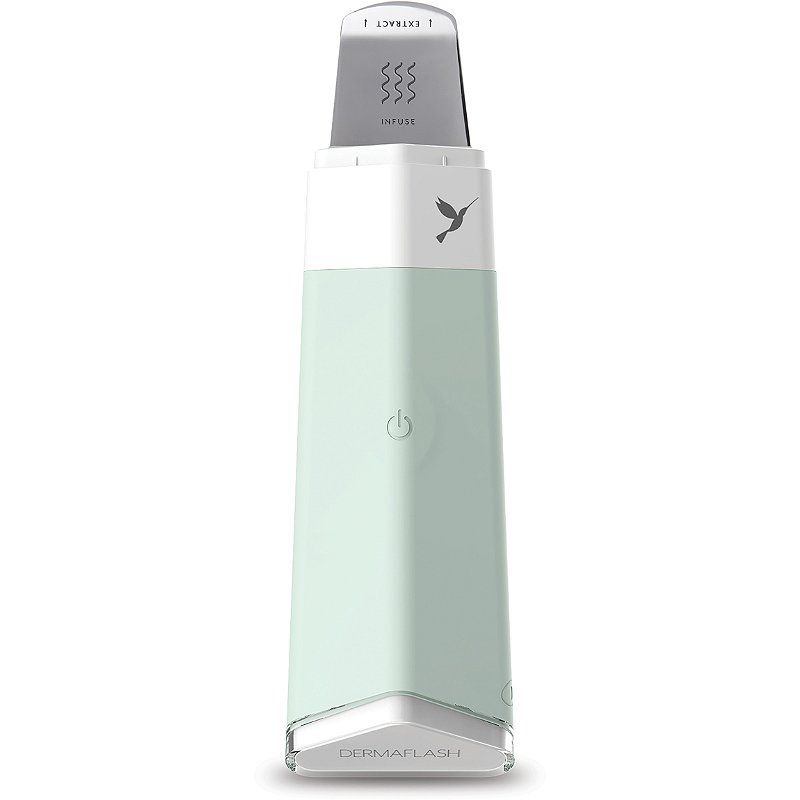 Dermaflash Dermapore $99.00
Shop
FAQ
How to Do an At-Home Facial Because Spas Are Expensive