9 Sneaky Things That Cause Water Bloat, According to Physicians

written by
Maya Allen & Amanda Edelman
Reviewed by
Nicole Swiner
Dr. Swiner is a family medicine/general medicine expert, covering a broad spectrum of both medical and mental health issues. She loves taking care of the family as a whole—from the cradle to the grave. Her interests include Minority Health, Women’s Health and Pediatrics. As a wife and mother of two, she uses real-life experiences to clearly communicate keys to better health and wellness for mind, body and spirit. She is the author of How to Avoid the Superwoman Complex.
About Byrdie's Beauty & Wellness Board
Nicole Swiner
Family Doctor

So much water is flowing throughout our bodies, which is good for our muscles, organs, and blood flow. However, sometimes our body holds on to way too much water, causing certain parts to swell up and get puffy. Water retention, also known as edema, can happen to anyone’s circulatory system. A major symptom is swelling or puffiness in your skin that causes it to appear stretched and shiny. Most people tend to severely swell up in their legs, hands, and feet, which tends to be worse in areas of the body that are closer to the ground.﻿﻿

According to our experts, there are many causes that could potentially explain water retention—ranging from not drinking enough water, eating too much salt, and sitting for long prolonged periods of time to allergies and food sensitivities, certain medications, and hormones as well as more serious conditions—so we called upon Dr. Karnika Kapoor, D.O. and Shapiro to spell out all of the signs of water retention that you need to be aware of.

“Sodium, which is found in table salt and processed foods, can worsen retention,” Kapoor says, which is why limiting the amount of salt you consume can help to reduce water bloat.

Plus, there are high levels of sodium hidden in everyday staples as well, which a majority of people are severely unaware of. Things like bread and soup, which are often considered healthy can contain a boatload of sodium. This isn't to say we suggest you cut any particular item from your diet, but be aware of how much sodium certain items contain, and if it's causing you to retain water. Dr. Shapiro says it's important to read nutrition labels and look at sodium levels. She also recommends no greater than 500 mg per serving.

"Other things we use a lot, like soy sauce, can exceed our daily sodium requirement in one simple tablespoon so that [a] sushi meal turns into a bloat fest the next day. Also, cheese is very high in sodium—many people ignore this fact or just consider it high in fat and disregard the sodium component," Shapiro says. "I recommend eating fewer processed foods, as they often contain a lot of sodium, eating lots of veggies and fruits as they contain water and can help you to meet your water goals, and to drink at least 8 glasses of water daily. "

Replace Salt With Other Options

Now that we've established that there's hidden sodium in certain food items and it can lead to potential water retention, what exactly can we do about it? Shapiro notes that diet is the biggest player when it comes to water retention and suggests abiding by the following:

Experts recommend you drink at least half a gallon of water every day, which is equal to eight-ten 8-ounce glasses or 2-3 liters.﻿﻿ Keep a reusable water bottle on you and refill throughout the day. This ensures you're drinking water and staying hydrated on the go.

Change Your Medication (If You Can)

Ask your doctor if your medication could be causing water retention and talk to them about finding another medicine that works for you.

According to Kapoor, there are types of medication, like diuretics, that cause kidneys to excrete more water and sodium, which can reduce water retention.

“Diuretics must be used with care because removing too much fluid too quickly can lower the blood pressure, cause lightheadedness or fainting, and impair kidney function. You may have to empty your bladder more frequently after taking a diuretic. However, other side effects are uncommon when diuretics are taken at the recommended dose.” 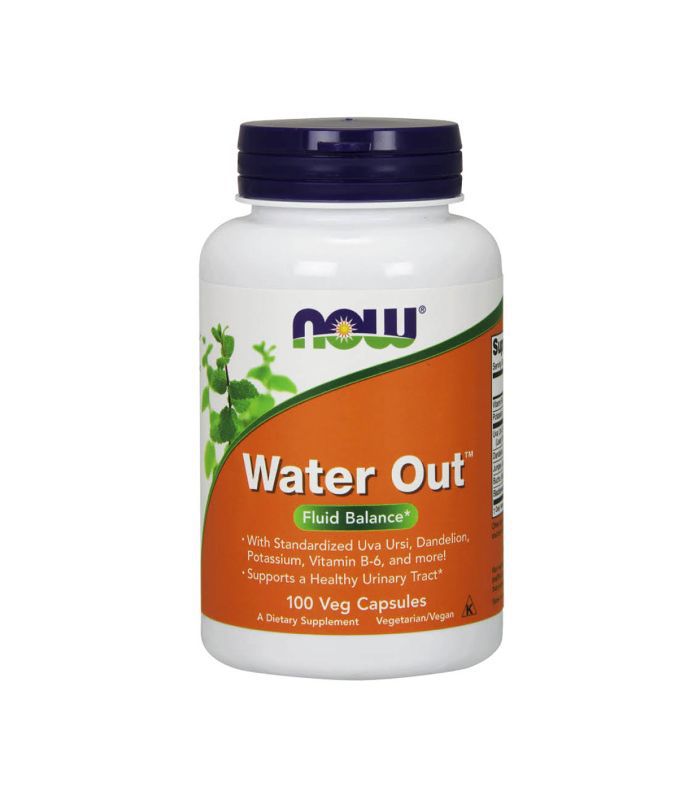 There are also some vitamins that act as natural diuretics, like B6, that can act as a preventative measure if you feel like something in your diet could lead to bloating. Then, there are different herbs you can try as well that can help with excess water retention. Herbal teas, while not exactly prescribed by a doctor, per se, have a lot of benefits and can help calm issues like bloating. For example, Shapiro says she takes Dandelion Root whenever she feels bloated.

Try out a stomach-calming herbal tea, like chamomile, which can help reduce bloating and ease any related symptoms.﻿﻿

Leg swelling can be prevented and treated with the use of compression stockings. Stockings are available in several heights, including knee-high, thigh-high, and pantyhose. Knee-high stockings are sufficient for most patients,” she says.

What Are Compression Stockings?

Compression stockings are tight stockings that apply gentle pressure to your legs and ankles. They work to boost circulation to the legs as well as promote lymphatic drainage and prevent blood from pooling in the veins.﻿﻿ People tend to wear compression socks on long flights to help with blood flow. 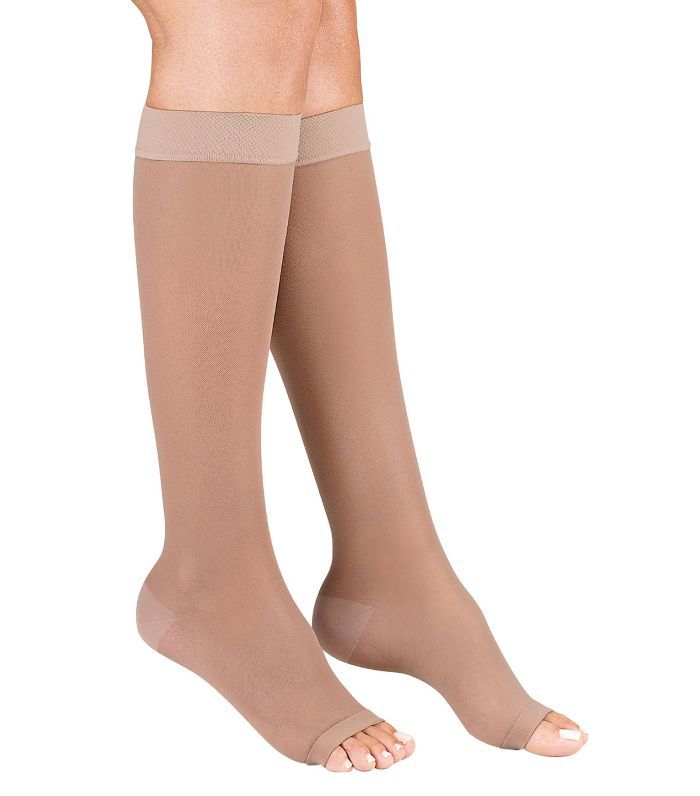 Weigh Your Birth Control Options With Your Doctor

Birth control has its benefits even beyond preventing unwanted pregnancy, such as regulating hormones, but it also has links to several sometimes negative side effects, which is something that needs to be taken into consideration.

Birth control can also be a big source of water retention. If you feel like your birth control is making you bloated, talk to your doctor as it could be an unintentional side effect.

Dr. Shapiro says that water bloat can also be due to hormones, either related to birth control, or issues on their own. If you've recently started a new or different kind of birth control, give yourself time to adjust first. On the flip side, if you think it's hormonal issues that are causing excess bloating, talk to a gynecologist about your options, as a variety of birth control options are available to help regulate and balance your system.

Be Aware of Body Positioning

“Leg, ankle, and foot swelling can be improved by elevating the legs above the heart level for 30 minutes three or four times per day,” explains Kapoor. “Elevating the legs may be sufficient to reduce or eliminate water retention for people with mild venous disease." While you're in that position, try incorporating some lymphatic massage. "Make sure you massage the affected area—stroke it firmly in the direction of the heart—it may help move the fluid," says Shapiro. 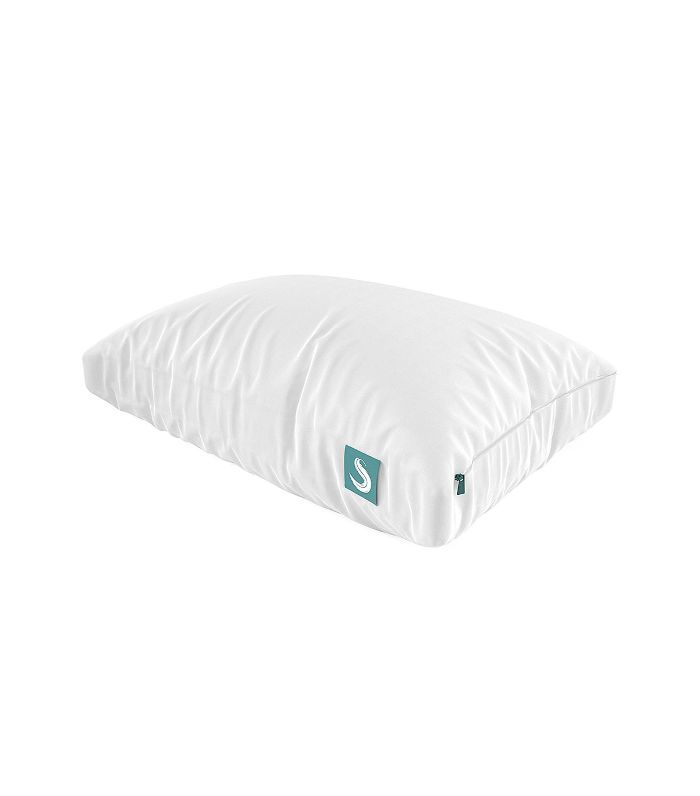 When a certain area of your body is affected by water retention, avoid extremes of temperature, such as hot baths, showers, and saunas.

Getting adequate movement is important in general, but especially when it comes to water retention. "Movement prevents water from collecting at extremities like your ankles and feet," Shapiro says. It helps blood flow more efficiently through the body, she says, while sitting or standing in one position too long may prevent efficient movement and lead to bloating, as discussed above. It doesn't matter what you do—be it beginners yoga, a simple jog around the park, or a dance class—the point is, you're moving.

Along with daily movement (which in many ways is essential for general wellbeing), there are other innovative or alternative methods you can try that remove excess sodium, which can lead to water retention. Shapiro cites adding infrared sauna and dry brushing to your daily routine, both of which also have a host of other beneficial effects.

How to Go Sugar-Free for a Week Straight Without Hating Your Life
Article Sources
Byrdie takes every opportunity to use high-quality sources, including peer-reviewed studies, to support the facts within our articles. Read our editorial guidelines to learn more about how we keep our content accurate, reliable and trustworthy.