We can think of many things in life that are more important than dealing with our under-eye circles: our health, the upcoming election, whether we should give up dairy in the name of good skin… the list goes on. But anyone who deals with dark circles knows just how much of an annoyance they are and (important or not) how much they can affect our mood and general outlook on life. Like paper cuts or your mom’s passive-aggressive texts about the state of your bank account, under-eye circles are relatively harmless, but that doesn’t make them any less frustrating to deal with.

Here at Byrdie, we’ve revealed our fair share of under-eye remedies, mostly vetted and recommended by our editors and top dermatologists. But why not flip the script and shine some light on the cures real women swear by? We polled the women in our office and asked—nay, begged—them to share their tried-and-true remedies, and the answers came pouring in. Now, we can’t guarantee the scientific validity to back every one of these, but you can trust that they've worked for at least one person. From drugstore gems to kitchen hacks (you’ll never throw away tea bags again), keep scrolling for 13 real woman-approved under-eye circle cures.

“I swear by Cremorlab's Shadow-Off Eye Cream. I wish I had before-and-after pics, but it really tones down the shadows under my eyes. I think it took a little while to notice the results—probably about a month.” — Monina 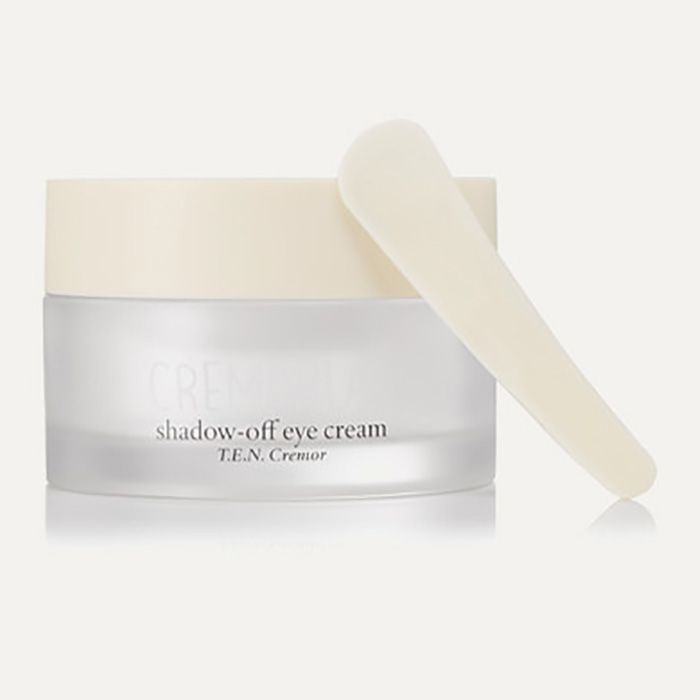 “I swear not eating dairy anymore has cured me of my dark circles. I have literally had them all my life and was a really asthmatic kid with severe allergies, and ditching the dairy has helped immensely.” — Sacha

“I’m a huge fan of Flower Beauty's Daily Brightening Under-Eye Cream. It has a cooling rollerball to de-puff and brighten! After I put that on, I dab a little cream bronzer over the top to even out the tone. I also try to get as much beauty sleep as possible and eat a really clean diet. Not sure if this helps, but I like to think it does.” — Jenna 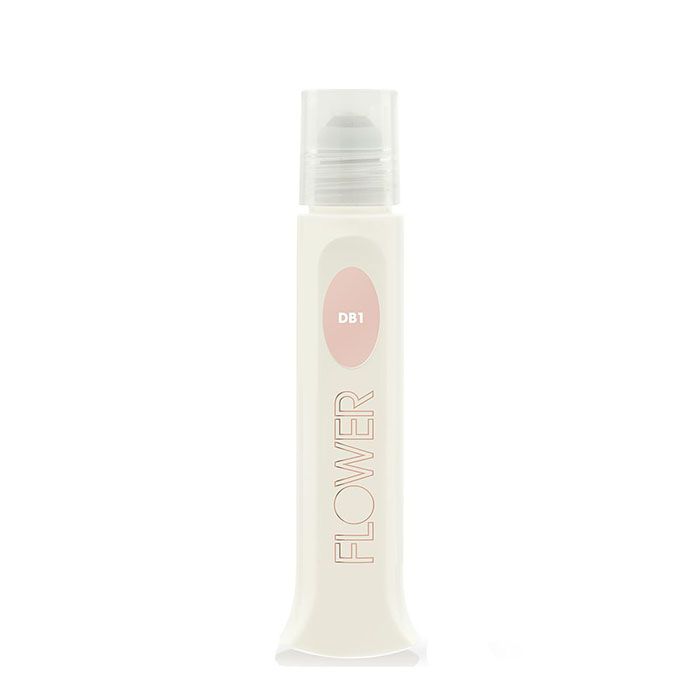 “To help with puffiness, I always keep a cold Coke or beer in the fridge. When I need to, I’ll press the can against my eyes to decrease swelling and brighten the eye area. I picked up this tip in college and still use it to this day.” — Katie

“I am obsessed with Onomie’s Eye Essentials Duo. You can order samples first so you can test the colors to see which is best for you. It is amazing. The concealer is really good, and the illuminating eye treatment seals the deal.” — Stacy

“I apply two products. First, I use a thin layer of the color corrector from my Anastasia Contour Cream Kit, and then I apply the Make Up For Ever Ultra-HD Concealer on top. Voilà—my dark under-eye circles are gone! For a more obscure solution, I freeze spoons. Once they’re frozen, I cup them around my eye to reduce inflammation and help with the discoloration.” — Jeannette 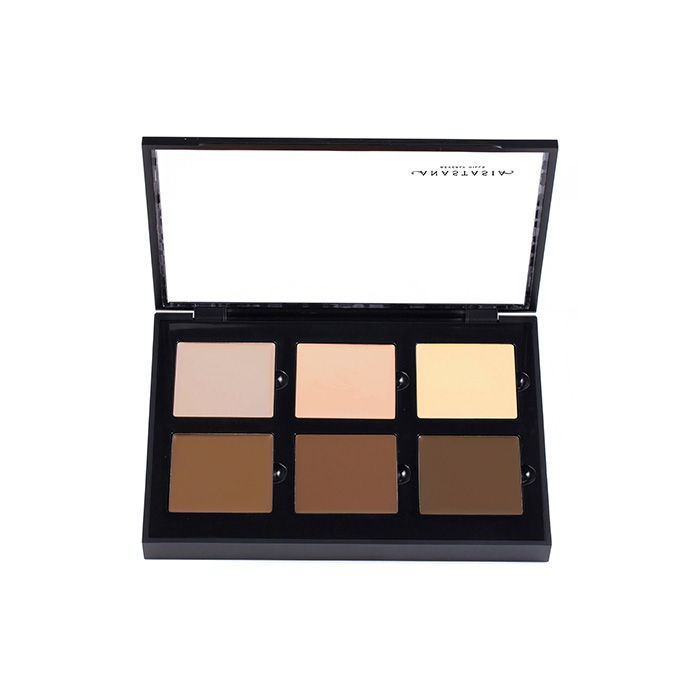 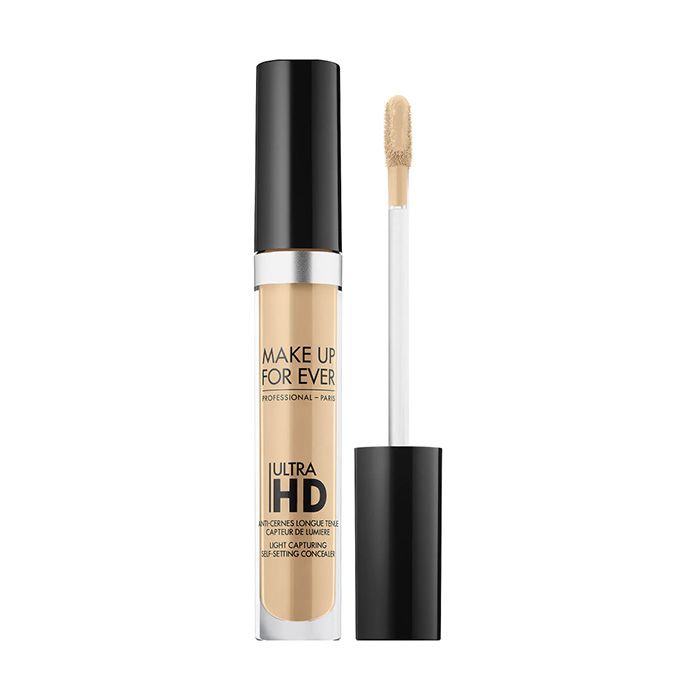 Make Up For Ever Ultra-HD Self-Setting Concealer $28
Shop

“There was a period during my early teen years after I’d just gone vegetarian when I had the most shocking dark circles under my eyes. I thought I was just tired and shrugged it off. But after several people pointed them out to me, I realized my dark circles weren’t normal. Later, I found out that a common cause of dark under-eye circles is a deficiency in iron and vitamin B12. Most people get these two nutrients from meat. The deficiency tends to cause poor oxygenation of tissues in the body, and that shows up under the thin skin below the eyes, where vessels clot and pool. (I know, so gross.) At that time, my diet was very poor. I was a vegetarian, but most of my diet consisted of hyper-processed foods in small quantities. But since that year, my dark circles have completely disappeared. I owe that simply to eating enough iron-rich plant foods, which is actually pretty easy: spinach, cashews, tofu, beans, whole grains, even dark chocolate. I also take a B12 supplement. It’s amazing how your diet can affect your face like that!” — Amanda

“One thing I’ve been doing lately is putting turmeric drops in my water. It’s an antioxidant and anti-inflammatory, and it’s amazing. The skin on my face has never looked so good! You can also rub the drops directly onto your skin and leave it on as a mask for a few minutes—just be careful because it will stain anything it gets on.” — Stephanie 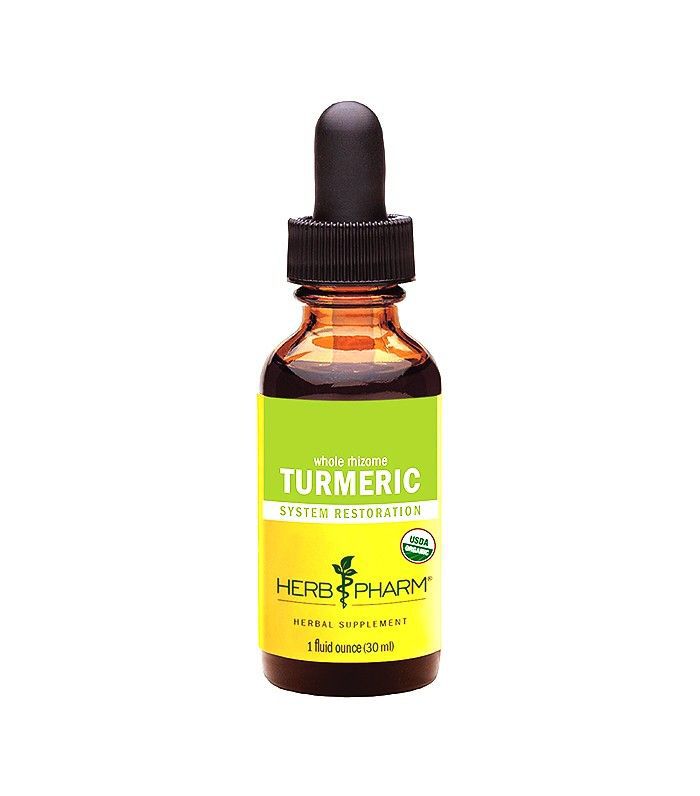 “I brew a tea (black or green), take the used teabag out, let it cool down a bit, and then fold them in half and press them under my eyes. I think it’s the caffeine that tightens and brightens!” — Sofia

“I use these little-known under-eye masks from Amazon called To Go Spa’s Collagen Gel Pads, and I am obsessed with them!” — Emily 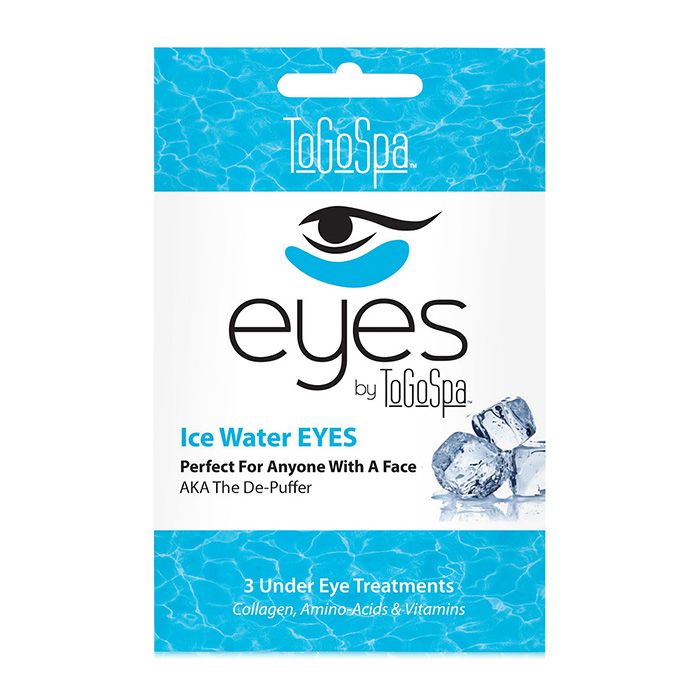 “It’s gross but true: Dark circles appear when blood pools underneath the eyes, which is often visible because the skin in that area is so delicate. It’s thus understandable that one of the most effective ways to combat this is to literally thicken that skin by boosting collagen production. Eye creams and gels don’t really work for me (and leave me prone to milia), so I swear by derma-rolling. Not only do the tiny needles make little injuries in the skin, forcing it to heal itself (thus sending collagen levels into overdrive), but it also increases the absorption of whatever serum or product I’m using up to 90%. I only started derma-rolling less than a year ago, and already my dark circles and under-eye bags are ancient history—something I never imagined possible.” — Victoria

“I swear by Klorane’s Smoothing and Relaxing Patches. I have the most sensitive skin ever and these are gentle, soothing, and also work wonders on puffiness. I put these on after a long night or when I don’t feel super rested, and they instantly plump up and brighten my under-eyes. I hate caking on concealer under my eyes, so these are a really important step in my routine if I want to look awake and alert. ” — Hillary 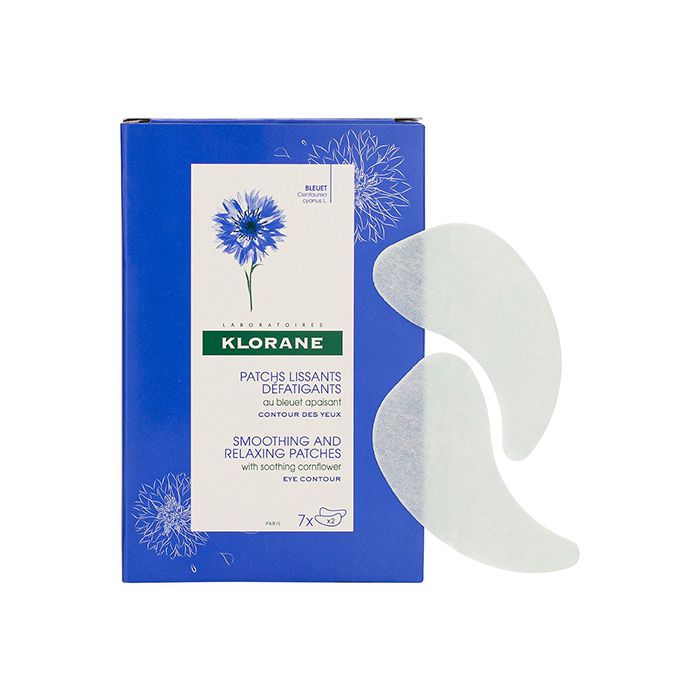 “When traveling, I fly with an eye mask on the entire flight. I also sleep with my head slightly tilted up. Someone told me once it helps oxygen flow. My dermatologist told me that I have thin skin under my eyes, and the only way to really correct it is filler.” — Courtney