Ariana Grande has her signature beauty look down pat: a gravity-defying ponytail hair-sprayed to perfection; a perfectly flicked cat eye; and long, lush lashes. We caught up with her makeup artist Daniel Chinchilla in search of all his secrets for creating the latter (okay, also because he told us he’s tired of giving cat-eye tips—touché). Whether you’re a strip-lash devotee or just want to give your everyday mascara routine an Ari-inspired refresh, you’ll find lots of expert tips ahead. Keep scrolling to find out how to get longer lashes like Ariana Grande’s! 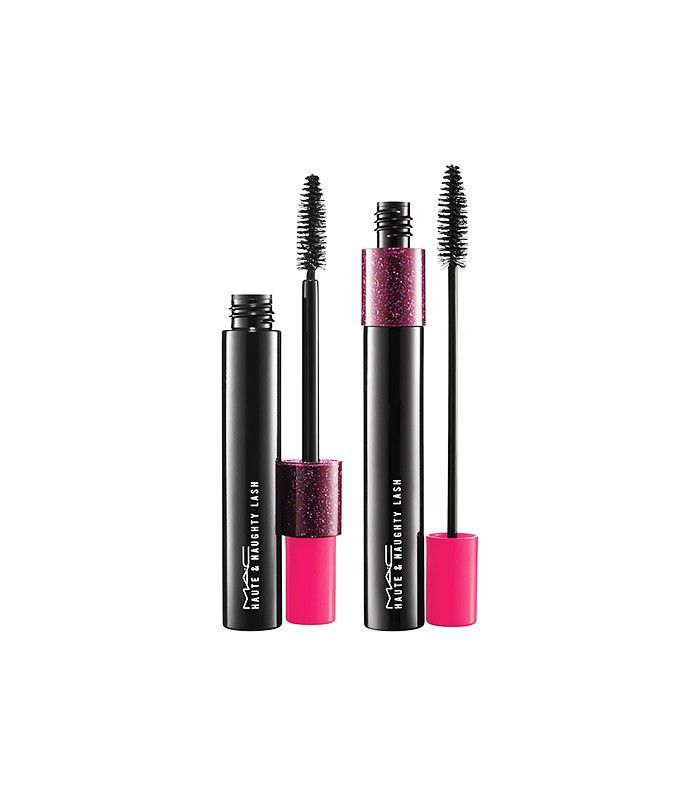 The key to thick lashes that stay curled all day? Chinchilla says it’s all about the technique. The first thing he does is curl the lashes, instructing his clients to look down instead of straight ahead, to avoid accidentally pinching the eyelid. (As for curlers, he swears by Shu Uemura’s cult Lash Curler, $20, and Kevyn Aucoin’s Eyelash Curler, $20.)

Next, apply mascara, wait one to two minutes for the formula to dry, curl again… then apply another coat of mascara. Yes, really. The key to avoid clumping? Picking the right mascara for each step. “I typically like to go for a lighter, more natural mascara first, like Maybelline Great Lash ($6), he says. “You want to make sure the lashes are really curled before building volume.” For the second mascara, he says to try a thickening mascara, like MAC’s Haute and Naughty ($24), which he says he uses on Grande all the time: “She loves doing full, full lashes, and this mascara is good if you like a lot of volume!” 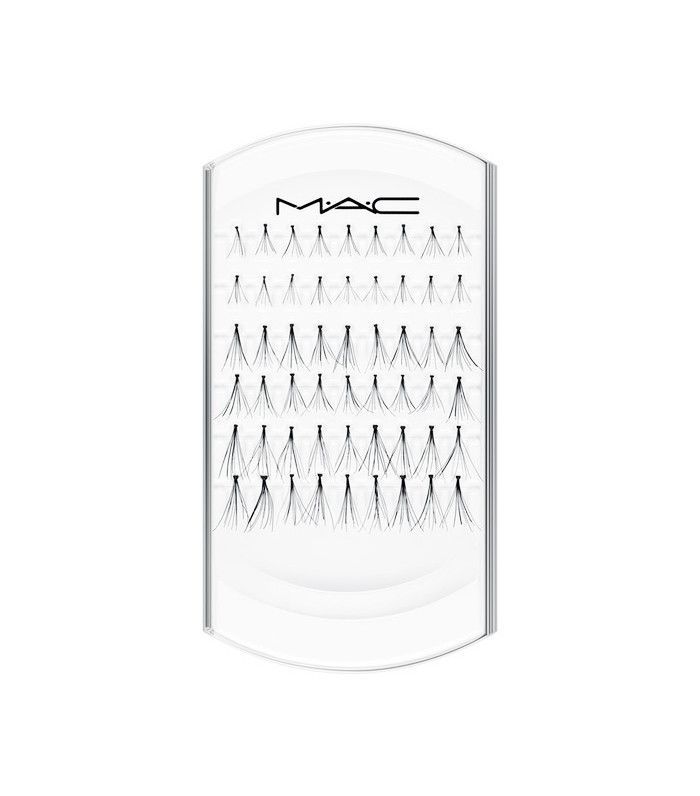 When we asked Chinchilla for his tips for those of us with stick-straight lashes, he says that unfortunately there’s not too much you can do beyond curling the heck out of them. You can, however, fake a curl by simply adding a few individual lashes to the outer corners of your eye. “I add individual lashes that way to give your eye a natural-looking lift,” he says. “Instead of stressing, just add a bit of corner lash!”

Cut Lashes in Half

Anyone who’s attempted strip lashes can attest that they’re not the easiest things to apply. Chinchilla says he tells his clients to cut them in half. “First, measure the strip to make sure it fits your eye,” he says. “If you need to cut it, always cut it from the outside. You don’t want to cut the short part off, because it will take away from the flare effect.” After you’ve cut the lash to fit your eye, he says to place the outer half on first.

Chinchilla says to apply a thin line of eyelash glue to the strip (he swears by Duo Eyelash Adhesive, $9), wait 20 seconds for it to get tacky, then apply it directly to your eye. “Depending on how long your eye is, this might be all you need—or you can apply the inner half,” he says. “It’s all about customizing the lash strip for your own eye. The biggest problem women have is trying to apply a lash that doesn’t fit their eye. It’s like trying to look good in jeans that are too big for you—it’s not going to work!” 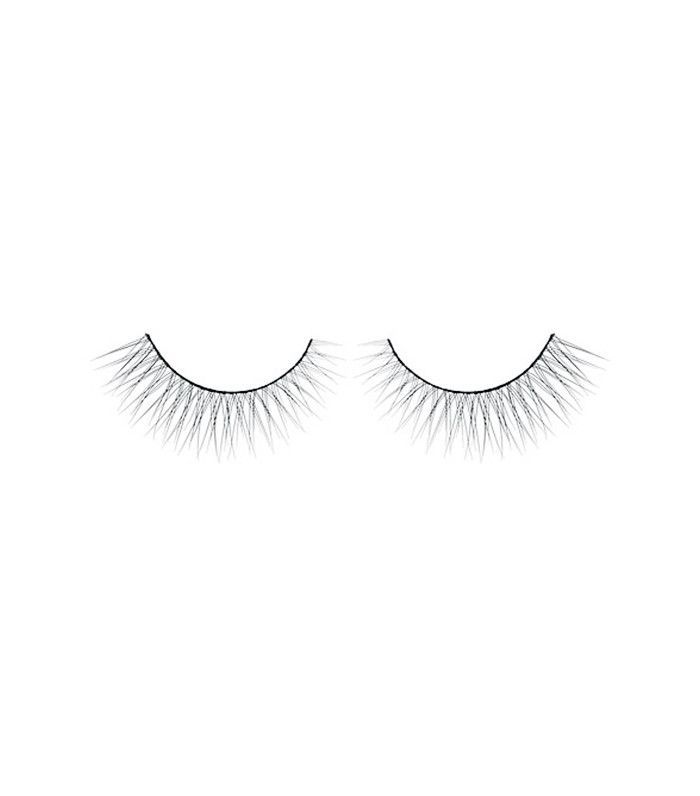 So you’re a volume fiend when it comes to your lashes—understandable! But don’t go about picking the thickest strip lash you find. Chinchilla says that super-voluminous strip lashes are the hardest to apply. “The band isn’t as flexible, and it’s not going to fit on your eye easily,” he says. Instead, he suggests picking a more natural-looking lash then building the volume after you apply with mascara—or even layering two natural-looking lashes on top of each other. “Get two pairs of the thin ones and layer them on top of each other, instead of going for the crazy-heavy ones,” he says, swearing it’s an industry secret. “Ardell makes great lashes—they’re super flexible, and the band is really thin.” 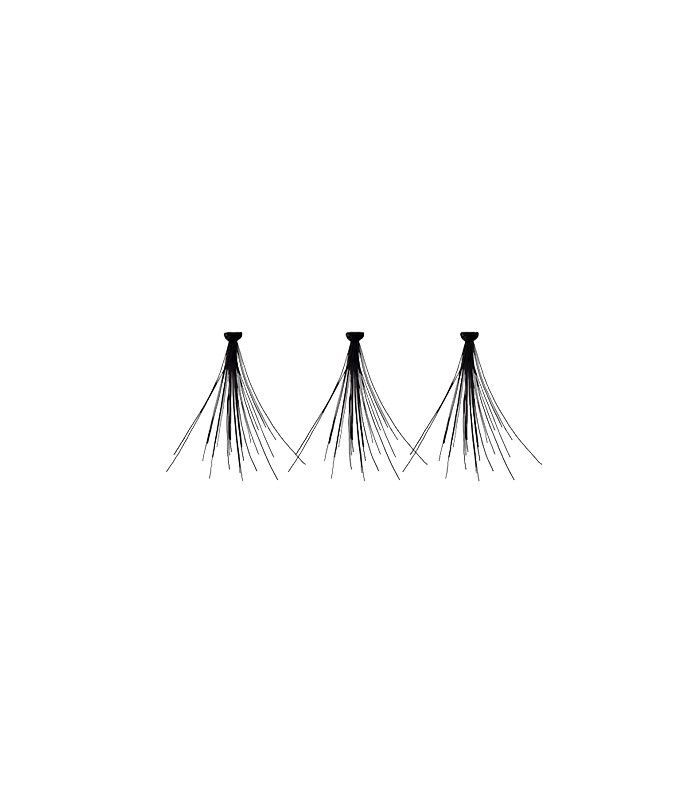 Individual lashes can be painstaking to apply on yourself—which is why Chinchilla says to try cluster lashes instead. “Kiss has these eyelashes that I just started using that are four to six lashes per individual,” he says. “It gives you the same effect as individual lashes but much quicker.” To apply them, he says the easiest way is to just place two or three clusters in the outer corner of your eye for a flared look à la Marilyn Monroe—like a cat eye without liner. One last tip for individual lashes: Make sure the lash glue is really tacky before placing them on your lash line. If not, they’ll slide all over the place. And always, always start on the outer corner and work your way inward. 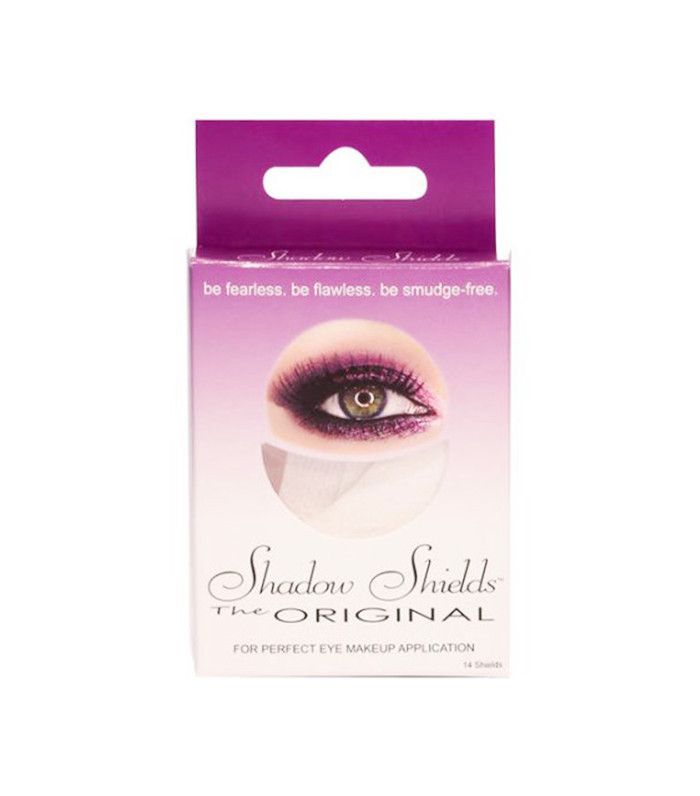 For bottom lashes, Chinchilla says the key is to wiggle your mascara wand from side to side, instead of trying to brush through like you would for your top lashes. And to keep your mascara from getting everywhere, try Shadow Shields ($10): “You hold it under your lashes and coat your lashes with mascara, then remove—it’s like nothing happens! You won’t get mascara anywhere except your lashes.” (You can also try this trick with a business card, as a DIY alternative.)