How to Contour Like KKW, Even If You're a Beginner

Though we’re not currently at the height of the contouring movement, we're still excited about the idea of a sculpted look—albeit a more natural one than that of years past. Sure, the heavily shaded, highlighted look might not be for everyone, but at least it’s helped some of us learn to carve cheekbones and accentuate our jawlines. Key word? Some. For the paler set, contouring remains a somewhat scary concept. After all, no one wants to overdo it, and for those with pale skin tones, the chances of that happening are significantly higher.

But pale girls want cheekbones too. We heard your plea and brought it to two makeup experts to get seven contouring tips and products every makeup lover with a pale complexion should know. Here’s a step-by-step breakdown of how to contour pale skin.

A healthy and happy complexion allows you to have a seamless contour application, so don’t skip any steps. "After applying a healthy amount of skincare, use a veil of primer, your foundation of choice and of course, concealer," says Aharon. The expert notes that translucent powder depends on what type of formula of contour you’re using. "If it’s a cream or gel, you’ll be applying it over your foundation and possibly setting afterwards. Though if you’re using a contouring powder, you’ll want to set the makeup underneath so it’s easier to blend." 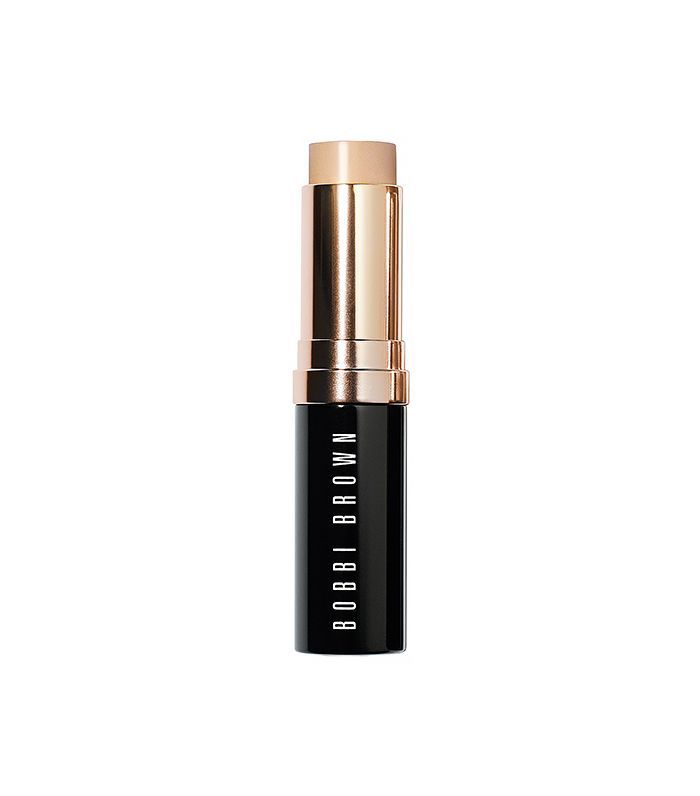 “It doesn’t take a ton of product to make the face look svelte and sculpted,” Deenihan says. She recommends that those with pale complexions resist temptation to use shades that might look good on their tanner friends. When it comes to specific products, Deenihan recommends Bobbi Brown’s Bronzing Powder in Golden Light. “It’s a good product for pale skin because it’s a very light, subtle bronzer that simply adds warmth and a slight depth to the preferred contouring areas,” Deenihan says. “If you prefer a stick contour for more control, try Bobbi Brown’s Foundation Stick in Golden.” Not sure what shade will be best on your skin tone? Deenihan suggests Anastasia Beverly Hills’ Contour Kit. “It [comes with] six different shades of contours that are great to mix and play with in different intensities!” she says.

Go for the Creamy Formulas 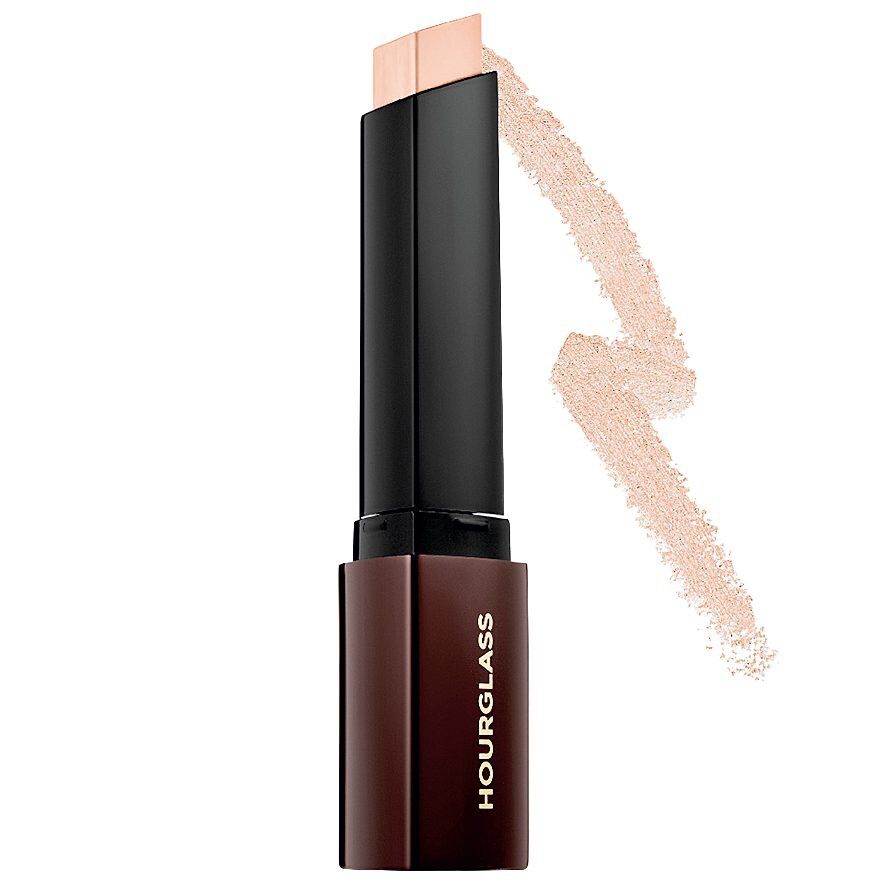 "I’m a cream formula girl whether stick, pot, or compact whenever possible," says Aharon. She notes that contour kits are also great for custom blending but tend to have shades in them that you’ll never use. "Hourglass' Vanish Foundation Sticks have great consistency, a wonderful range of shades, and can be used as contour," Aharon recommends. She also likes Jillian Dempsey's Cheek Tint in Sunny for its warmth and velvety texture.

Deenihan says that the pale set can go wrong in two main areas when it comes to contouring: applying it too heavily and choosing the wrong shade. To avoid any harsh lines, she suggests using a medium fluffy or kabuki brush (she likes the ones by Nars) to apply a powder contour to the hollows of your cheeks, temples, and along your jawline. "When using creams, you can use foundation brushes too, but you’ll have to make sure to clean it between uses," says Aharon. According to her, the cream will muck up your brush and the next application won’t be as even. 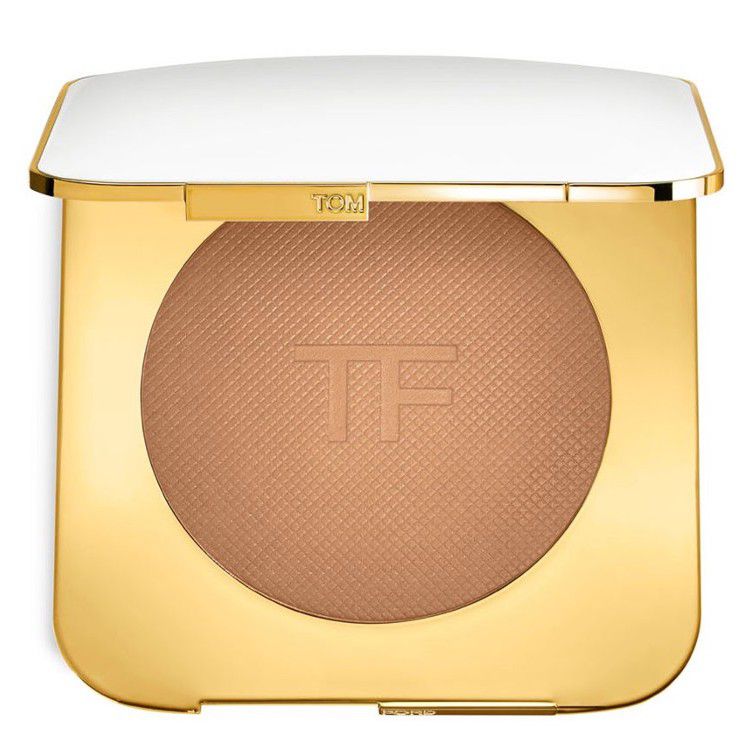 "Bronzers are a wonderful way to warm up even the fairest skin," says Aharon. Finding a shade that doesn’t pull orange and blending is super key. She recommends James Read’s Enhance, a face and body formula that's streak-free, super sheer, and versatile. For something with a hint of warmth and a matte finish, Aharon says she loves Tom Ford's Soleil Glow Bronzer in Terra and Chanel's Les Beiges Healthy Bronzing Cream. "If I’m looking to keep that bit of warmth and a little more glow, then I’ll reach for Dior's Mineral Nude Bronze or Chantecaille's Radiance Gel Bronzer," she adds. Noted!

Try using a powder that is two to three shades darker than your normal face powder. This will make sure that the contouring stands out just enough on your skin. 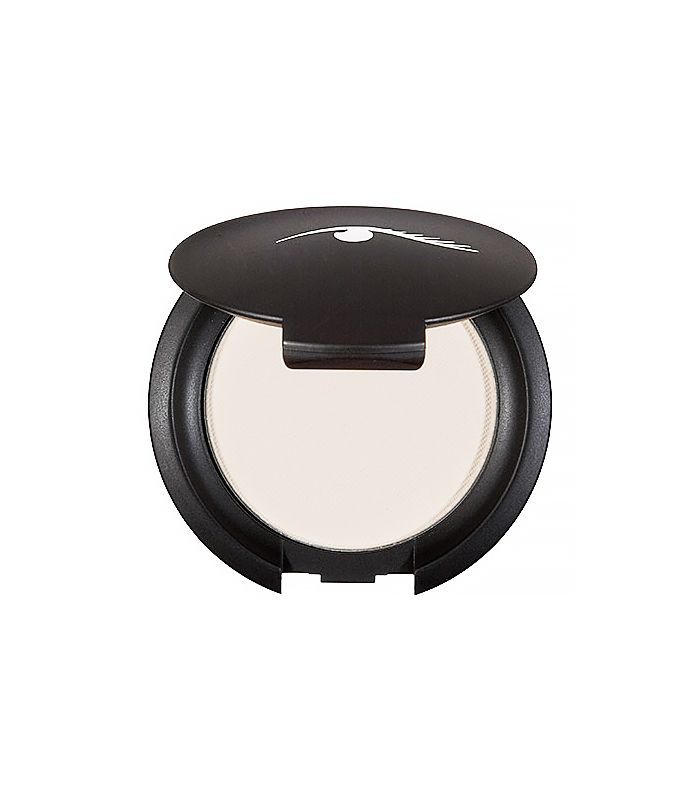 That said, mistakes do happen. The secret is not to panic—just blend. Deenihan says to take a large, fluffy powder brush and some translucent powder (try the Loose Translucent Setting Powder by Laura Mercier or the Powder Set by Amazing Cosmetics); then buff out the harsh lines in small, circular motions. Aharon also recommends applying a generous amount of face mist like Caudalie's Beauty Elixir. "This makes the layers one with the skin and allows you to move things around, blend, and dilute your application of the makeup. Sometimes it can even fix whatever has gone 'wrong,'" she adds.

When we talk about contouring, we never go without enhancing some areas with a highlighter. It's nothing different on pale skin tones. "I love a highlighter to pop your cheekbones, brow bones, and to mix in with your regular foundation for a glow when desired," says Aharon. She recommends Hourglass' Ambient Lighting Palette, which has that glow without the sparkle and creates an airbrushed effect, and Chantecaille's Liquid Lumière, an easy-to-blend gel that comes in shades that can also double as blush on lighter skin.

10 Contour-Highlight Kits That Are Perfect for Beginners