New Beginnings According to Science, Loneliness and Creativity Are Linked The Winter Issue ft. Halsey

According to Science, Loneliness and Creativity Are Linked

Here's how to channel your feelings into something positive. 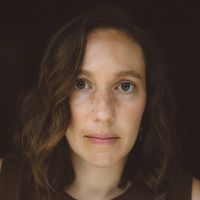 Danielle Braff
Danielle Braff has been a freelance writer for 13 years. Her stories have been published in national magazines and newspapers, including the New York Times, Wall Street Journal, and Real Simple.
Byrdie's Editorial Guidelines
Reviewed by
Dana Glauser, LCSW

Reviewed by Dana Glauser, LCSW
Dana Myers, LCSW is a licensed clinical social worker and life coach based in Philadelphia. She has a special interest in how race, sex, gender, ethnicity, social status and competencies impact those in marginalized communities and aims to help her clients find purpose and peace in life.
About Byrdie's Beauty & Wellness Board
Licensed Clinical Social Worker
Fact checked by
Michelle Regalado

So far during this pandemic, I’ve binge-watched "Tiger King," "The Queen’s Gambit," and "Bridgerton." I also stress-ate, stress-napped, and stress-cycled on my Peloton.

Others have done better during their stays at home. In his isolation during the plague, Shakespeare wrote "King Lear," "Macbeth," and "Anthony and Cleopatra." Sir Isaac Newton was quarantined when he devised his Theory of Gravity and his Laws of Motion. And while Mary Shelley stayed at home due to a massive volcano eruption—she wrote "Frankenstein." Maybe they would have been just as productive without being trapped at home, but perhaps their productivity was linked with their loneliness.

A study published in the December 2020 issue of Nature Communications found while people thrive on being social, they also have neural circuits that increase their imagination when they’re lonely to fill that social void. Essentially, the study is saying when you get super lonely, that’s when you become incredibly creative. In fact, the default network in your brain—the part involved in memory and social cognition—actually goes through changes when it’s lonely, and the area linked with imagination strengthens.

“By nature, we human beings crave a sense of belonging,” says Nancy Irwin, an L.A.-based clinical psychologist who works with creative artists. “When forced to be alone, a creative person can forge a connection with others through their feelings in paint, sculpture, written word, song, dance, etc."

It doesn’t happen automatically. But think about when you’re surrounded by others: You’re constantly looking for approval, trying to fit in, and are avoiding criticism for your thoughts or actions. That’s part of being in society. When you’re alone, you’re more easily able to tap into your intuition, unique perspective, or vision, says Shrein Bahrami, a therapist and author of The Loneliness Companion. "We are less concerned about others’ viewpoints or potential criticisms that often prohibit or creative license,” she says. “This allows for more freedom and out-of-the-box thinking that creativity thrives on.”

Additionally, when we are constantly surrounded by others, there may be pressure to spend time on more seemingly productive activities, such as work or household chores—or even relaxing activities requiring minimal effort, like watching a movie. Being alone allows more freedom to choose to make time and space for a creative activity without external pressures, Bahrami says.

“Lately, the experience of feeling lonely can often trigger a host of other emotions,” Bahrami says. “When we are connected to our emotions, allowing ourselves to feel them and express them through creativity can be quite healing and meaningful.” It appears to be a given that most of us are pretty lonely at the moment, whether we’re living alone, working alone at home or have been surrounded by the same two or four people for nearly a year.

But loneliness is not just being physically alone: It’s the feeling of having less social interaction than you’d like, whether in quality or quantity. For example, you could be in a room full of people and still feel lonely if those relationships lack depth, says Jasmine Chen, founder and CEO of LIFE Intelligence. Or, you could be completely alone in the woods, but don’t feel lonely because you don’t crave more interaction.

One study found those who are alone but not lonely—so they purposefully withdraw, or are likely to keep to themselves—correlates with highly creative people. Virginia Woolf famously claimed her desire to be alone instilled her with a sense of wisdom and creativity. So how do we channel our loneliness into creativity (though it’s also perfectly acceptable simply to survive this pandemic and make it to the other side relatively unscathed)?

First, you need to sit and really feel your feelings. Since humans are wired for connection, loneliness can often bring out underlying emotional pain, and this is the place where much great art is born, says Ryan Sheade, a licensed psychotherapist with Integrated Mental Health Associates in Scottsdale. Use the pain of your loneliness to share your story or create a story or art that’s aligned with your pain in some way. "That way, rather than seeing yourself as stuck, you're using the pain of that loneliness to create something,” Sheade says.You could try reading poetry, looking at art, and participating in creative exercises of your own such as doodling or singing, says Saba Harouni Lurie, owner and founder of Take Root Therapy in L.A.

Not finding your creative vibe? Don’t shame yourself. "It can be hard for many of us to be creative even in precedented times," Lurie says. You also don’t need to be lonely to be creative. Often, people find enjoyment in being creative together, such as doing a craft night or even doing a group yoga class, where the sense of physical movement and creativity can be produced and increased from togetherness, says Katie Ziskind, therapist and owner of Wisdom Within Counseling in East Lyme, Connecticut.

Inspiration is all around us: Some people find creativity in nature, others find it in cities full of people, and still others need to escape into their own heads a bit, says Tila Turkulainen, a psychology master’s candidate in Edinburgh, Scotland. For now, while we’re trapped in isolation, perhaps the key is switching off the TV, and watching what happens. Perhaps you’ll be the next Shakespeare.

How to Press the Reset Button on Your Life, According to a Personal Growth Expert
Article Sources
Byrdie takes every opportunity to use high-quality sources, including peer-reviewed studies, to support the facts within our articles. Read our editorial guidelines to learn more about how we keep our content accurate, reliable and trustworthy.