3 Black Trans Women on What Real Allyship Looks Like 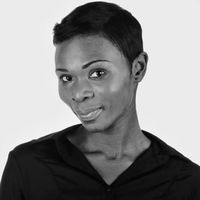 Rita Omokha
Rita is a contributing writer for Byrdie, covering health and wellness at the intersection of the Black experience and race. Her writing has also appeared in Cosmopolitan, Elle, Glamour, and more.
Byrdie's Editorial Guidelines

As if 2020 wasn’t challenging enough, the transgender community has felt it harder. There’s been a surge—it’s been called a “pandemic within a pandemic”—of deaths in the LGBTQIA+ community, with close to 40 trans or gender non-conforming people killed to date. Most of them, Black and Latinx trans women killed from a fatal shooting or a similar violent act. By July alone, the number of killings had surpassed all of the trans death in 2019—making this year the deadliest on the record for transgender Americans. Their names may not have trended, but their lives mattered: Aja Raquell Rhone-Spears, Nina Pop, Lexi, and the many lives lost.

Transgender Awareness Week (November 13-19) spotlights the difficulties the transgender community faces, focusing on issues of discrimination and inequity. These obstacles are more relevant than ever. A 2017 report found attacks against trans people increased after Donald Trump became president. The president revoked Obama-era protections for trans students and those in the military. He even tried to reverse a ruling that protected transgender people from health care discrimination.

As this epidemic continues, it’s no longer enough to tag posts with #TransLivesMatter or #BlackTransLivesMatter, says activist Gia Love, because those can have the appearance of performative behavior. The violence that Black trans women and femmes face intersecting anti-Blackness, transphobia, and misogyny, requires a conscious re-education of their plight. It’ll help to normalize the identity of the trans community because cisgender people (meaning those who identify with the sex they were born with) have long dictated heteronormative social views. Society tends to find comfort within those standards. Advocate and director of Black and Pink, Dominique Morgan, wants cisgender Black women to especially take note of their privilege and “center on the one thing we have in common: our Blackness. When you look at the power of white supremacy, it’s not because all white people like each other, most of them can't stand each other.” Instead, she adds, they center on their shared “whiteness because they would rather do solidarity work with each other.”

There are practical steps that can champion this community beyond the posts and likes. It begins with learning more about the Black trans experience, says educator Gabrielle Souza, doing what’s right, and speaking up when you see something discriminatory happening to any LGBTQIA+ person. It also requires intentional funding. Below, find a few more suggestions on what real allyship looks like, from three people in the transgender community.

Cisgender people, especially women, must create space for the transgender community, especially Black trans women who are further marginalized. According to Dominique Morgan, being an ally means taking careful action when you see a trans person verbally or physically attacked, as well as advocating for the community in the absence of a trans person. Don’t put yourself in harm’s way, but do something. If someone makes derogatory comments about the community, say something.

By fitting gender social norms, any cisgender person has privilege the trans community currently doesn’t have. Recently, Morgan had to get up at 3 a.m. ahead of a 6 a.m. flight. She needed extra time to put on her lashes and travel wig. This is because she has to think more about the way she looks when she's in a public place. "I can't throw on a hat and t-shirt and trust my womanhood will be affirmed with [words like] miss, ma’am and so on," she says. Morgan began transitioning in March and is still trying to figure out how to make sure her experiences in public places aren't negatively impacted because she's "not living up to the standard of what womanhood looks like."

Many have started to include their chosen pronouns in their bios and email signatures. Gia Love says this is an inclusive move within the LGBTQIA+ community to affirm identity. "Never assume. Period. And it’s okay to ask," she says. Asking about someone's pronouns shows your level of awareness and solidarity for the community. It is also essential to “educate communities who are perpetrators of violence against Black trans women,” Love adds, through, for example, inclusive media portrayals that humanize trans stories.

So, be intentional about learning about the transgender community, especially those from disenfranchised backgrounds. Watch a movie like Kiki or MAJOR!, reach out to organizations like The Okra Project, and read Redefining Realness: My Path to Womanhood, Identity, Love & So Much More by Janet Mock. It details her transition and gives outsiders a front-row seat to the struggles, neglect, and abuse the community faces.

“Our lives are constantly under attack,” Love says. "We need allies to show up and stay active."

At its core, the Black Trans Lives Matter movement came about because of the increased deaths within the community. Gabrielle Inés has seen this firsthand, adding, "Black trans women are not given the same opportunities as other people." Many of the Black trans women she knows are sex workers, and “half of those deaths are usually related to men those women were involved with," she adds. About 70% of Black trans women are involved in sex work because they can’t find work in traditional workspaces, “and while it brings in money, it can be very dangerous," Inés notes.

Here are places you can donate: