6 Genius Hangover Cures From Around the World

A lot of things happen when we drink. Our inhibitions are lowered, our voices are raised, and inevitably, we may or may not wake up the next day with a dull, skull-crushing banging inside our heads, complete with bouts of crippling nausea—aka a hangover from our worst nightmares. If a particularly big night has you experiencing any of the above, chances are that you’re begging for an immediate hangover solution.

We’ve already consulted an expert and our own team of editors for the best hangover-busting cures, but we forgot one key party: everyone else in the world. Drinking is an international pastime, and savvy individuals the world over have concocted their own remedies for dealing with the undesirable ramifications of partying too hard.

The proof: Chinese researcher Hua-Bin Li and his colleagues at Sun Yat-Sen University studied 57 beverages in a lab, and they determined that Sprite (or xue bi, as it’s called in China) was the drink that relieved hangover symptoms the best. Here’s how the science works: Ethanol (or those shots of vodka you tossed down last night) is metabolized by your body into acetaldehyde by an enzyme called alcohol dehydrogenase, which is then turned into acetate by the aldehyde dehydrogenase enzyme. Ideally, you’d want to minimize the amount of time acetaldehyde is present in your body because that’s when your hangover is the worst. The researchers found that Sprite and soda water increased the activity of ALDH and sped up the breakdown of acetaldehyde—thus, a hangover cure was born.

Other scientists say more research needs to be done before this can be touted as a true cure, but in the meantime, what’s the harm in stocking your fridge with the crisp beverage before a night out?

The proof: This fizzy little tablet has long been used as a hangover cure overseas and has just recently made its U.S. debut. It seems so simple: Mix the tablet with water, drink, and feel instantly better—at least, spokesperson Joel McHale says so. Like an amped-up version of Emergen-C, it unleashes vitamins and minerals, like magnesium, zinc, guarana, and caffeine, into your system, supposedly making your hangover a thing of the past. But does it work? Los Angeles Times writer Besha Rodell declared it “as precious as gold” and “the best damn hangover cure in the universe.” Plus, just search “Berocca” on Twitter to find people all over the world singing its praises and celebrating the end of their head-pounding days. You can buy Berocca at most drugstores, as well as online.

However, it should be noted that the company insists that it isn’t marketed in the U.S. as a hangover cure but rather as an “energy support supplement.” Either way, it’ll allow us to actually get out of bed the next morning, so we’ll give it a try.

The proof: Honestly, there isn’t any proof that this sugary, orange drink from our Scottish friends will do anything to cure your hangover. But does that stop thousands of young Scots from chugging it and even making sausage with it the next morning as their headache rages on? Nope. Unlike what the bright orange color might lead you to expect, the drink supposedly tastes somewhat “bubble gum-y,” and it’s a fridge staple in most homes.

The proof: Bacon lovers, rejoice. Researchers from Newcastle University in the United Kingdom found that a good old greasy bacon sandwich can actually help your hangover fade faster. The reasoning? “Bread is high in carbohydrates, and bacon is full of protein, which breaks down into amino acids,” Erin Roberts of Newcastle University said. “Your body needs these amino acids, so eating them will make you feel good.” This explanation is a bit simplistic, but let’s be real: Who is going to turn down a bacon sammie? 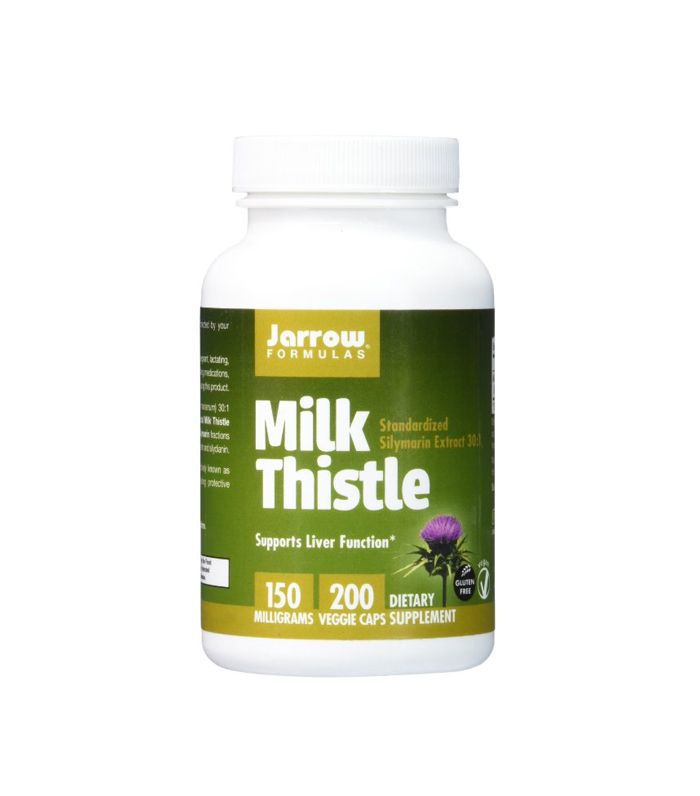 The proof: No formal studies on this age-old tradition have been conducted quite yet, but one of the readers of The Thirty, Jessica Barnett, says that her family in Ecuador takes silimarina, or milk thistle seed extract, before drinking. “They say it helps protect your liver and also slows down the getting-drunk process,” she says. “It also increases the body’s capacity to get rid of toxins, which will help with the hangover the day after.”

The proof: If you’re not on a macrobiotic diet and haven’t lived in Japan, then you probably don’t recognize these shriveled little plums—but your body might thank you for this discovery. Umeboshi plums are pickled, sour-tasting plums that have powerful alkaline qualities, as well as antibiotic and antiseptic abilities. In Japan, they’ve been used for thousands of years to help with everything from liver function, detoxification, and even skin conditions, like eczema. If the strong, salty-sour taste is too much for you, you can chop one up and soak it in tea.