ICYWW: This Is How a Top Perfume Is Made

Few beauty products are as transitive as fragrance. While it's technically formulated to be a conveyor-belt, unremitting formula in the bottle, it translates differently on each wearer's skin and elicits wildly veritable scent memories. Fragrance certainly doesn't remain consistent across the board: it's a chameleon of sorts, taking on a new shape with each body it meets. Sniff it straight from the nozzle one minute, then go back a few beats later, and all of a sudden it's changed its wardrobe. Abracadabra.

So what, then, makes fragrance so mystical? Base notes of wizardry and head notes of magic dust? Truly, the human sensorial system is what beautifully complicates the way we perceive a perfume (or any smell). The nose can distinguish at least a trillion different odors (yes, trillion with a T), so imagine the world in which we perceive an eau de parfum. But we'd be remiss to not credit the brilliant Noses behind some of the world's top fragrances for artfully crafting these metamorphic scents. Sophie Labbé, master perfumer for IFF, knows the complexity of fragrance, having formulated dozens of scents for notable brands like Elie Saab, Calvin Klein, Givenchy, and Bulgari. In fact, it was for the latter house and its new launch, Splendida Tubereuse Mystique, I was able to sit down and speak with Labbé about her strategy, from conceptualization to production. Below, we talk through her creative process.

How Is a New Launch Conceptualized?

Considering smell interacts with the emotional and memory centers of the brain, you can imagine the creative brainstorms for fragrance launches—a perfume can essentially evoke feelings faster than any other product, and brands tap into this when crafting a scent that will expertly embody a person, place, thing, or sentiment. For Labbé, she was given explicit traits of the woman Tubereuse Mystique is meant to personify before it even had a name.

"She’s a diva, she’s a singer, she’s Italian... she's sometimes too much," says Labbé. "It’s really nice to have this comparison because it tells me a lot for the creation. The brief was to illustrate seduction and voluptuous femininity in a mystical way. It’s a contradiction. So we immediately thought of the tuberose, because for me, I love this flower. It’s a deceptive flower—you think it’s innocent, but it's not at all. It’s a little bit dangerous. It’s innocent because it’s generous, but also it makes you upside-down because of the addictive and intoxicating smell."

Labbé didn't just simply request the inclusion of tuberose—she learned that there is a notable difference between the way the flower smells at night versus in the morning (I was offered sniffs of buds from both time periods and can confirm the dichotomy). She explains that the evening tuberose is much richer, where the morning bud is cleaner and lighter. Having decided an evening harvest is the key to creating the mystique of this fragrance, the nighttime tuberorse was collected by an agronomist in India and made into a concrete (or a semi-solid mass obtained by extracting fresh plant material) and eventually sent to Labbé in Paris.

To help supplement the star ingredient tuberose, Labbé played with sexy, intoxicating supplemental components like davana, an Indian plant that elicits a warm, apricot-plum liquor smell; black currant to add color and juiciness; vanilla for "comfort"; and finally, incense and myrrh. The end result is rich, spicy, and floral without feeling overtly soft.

How Does the Fragrance Go Into Official Production?

Labbé tells me the formula, which was initially made in her lab, took less than a year of tweaking before it garnered final approval from Bulgari's CEO, Jean-Christophe Babin. Then, the recipe is privatized and given to a plant which then makes the fragrance in large quantities. It's made largely by robotics, but Labbé explains that some ingredients (like the tuberose) are so precious that humans add the ingredient. The final result is a mixture of essential oils, scented ingredients, and alcohol, which acts as the carrier.

What's fascinating—aside from the intricate process that takes place from creative brief to physical bottle—is that despite the notes and scent profile scribed on the packaging, it's up to the consumer to decide what ultimately constructs the picture they're painted with each spritz of a fragrance. For me, the essence of a powerful, headstrong woman is obvious in Tubereuse Mystique (though the scent could easily be unisex and apply to any body), and as Labbé walks me through her inspiration while I mist the fragrance around me, both the brand's vision and my own olfactory perception perfectly align. 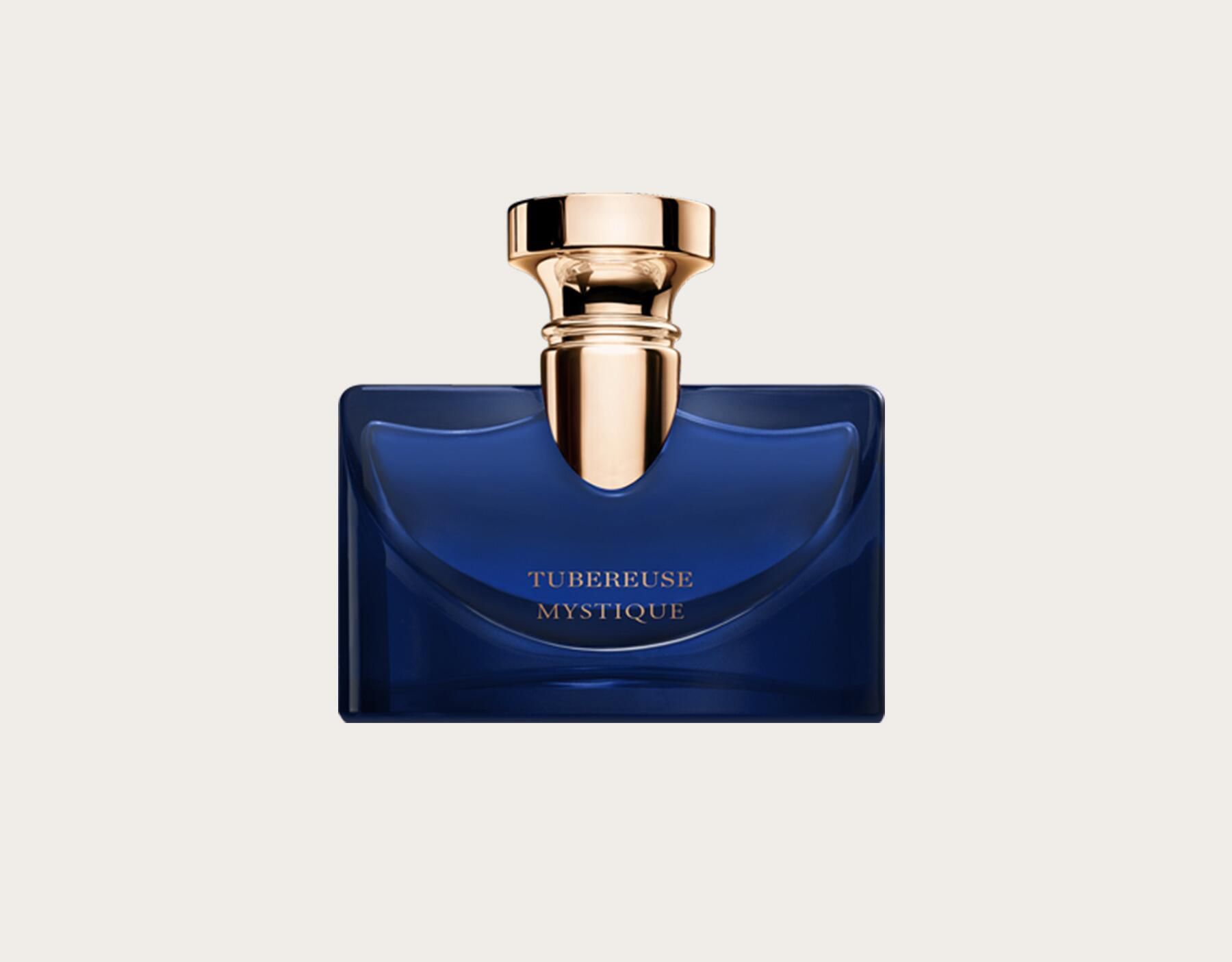