How I Learned to Love My Insulin Pump 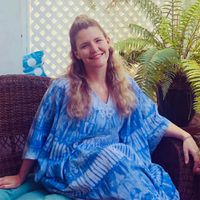 Taylor Tobin
Taylor is a freelance lifestyle journalist with seven years of experience. She has published pieces at HuffPost, Insider, Refinery29, and more.
Byrdie's Editorial Guidelines

By any objective standards, the insulin pump is an amazing invention. A mechanical device that can pump insulin directly into a diabetic’s body in place of a properly-working pancreas, it provides many diabetic users with a sense of normalcy. They don’t need to interrupt their days with the work of calculating and delivering their own insulin injections; as long as they know their blood glucose level and the number of carbs they plan to eat, they can program the pump to give them just the right amount of insulin to keep their bodies functioning. They’re incredible, they’re miraculous…

…but for much of my own experience as a diabetic, they felt like a neon sign drawing unwanted attention (and sympathy) to a disease I didn’t know how to accept.

I was diagnosed with Type 1 diabetes at a particularly tricky time in my life. I was 16 years old and a junior in high school; I’d just taken the SAT the week before, I had AP exams coming up the week after, the spring musical (which I had a role in) was about to premiere, and my overall reaction to the doctor’s news was “I don’t have time for this.” I remember tapping my foot and checking my watch and only half-hearing the doctor’s instructions about insulin injections and carb-counting and blood glucose testing. My mom was in tears in the chair next to me, but I could only focus on the swirl of time-related thoughts whipping in my brain. Would I be able to go to the junior prom? Would we have to postpone the college tours we’d planned for summer break? And, most importantly, would I need to explain this disease and its symptoms to my friends?

When people talk about “invisible disabilities,” they’re discussing conditions that aren’t immediately obvious to those who aren’t already in the know. But even an “invisible” condition like diabetes was more visible than teenage-me could handle. I knew that I was sick, and I knew that I’d be sick for the rest of my life, but I definitely didn’t want to talk about it. With anyone. I didn’t want to test my blood sugar in public or tell my friends about what I’d need if my glucose levels dropped. The more I could keep this illness under wraps and the less I had to acknowledge it, the easier it would be to pretend that nothing had changed and that I was still “normal."

[My insulin pump] felt like a neon sign drawing unwanted attention (and sympathy) to a disease I didn’t know how to accept.

One big hitch in my plan came in the form of my insulin pump. At the time of my diagnosis, all insulin pumps were pretty chunky models that attached themselves to the body via a system of tubes and an injectable catheter. When I clipped my pump to the pocket of my jeans, it looked a lot like a '90s-era beeper. Not the cutest look, but not a totally out-of-left-field sight in the early 2000s. The bigger problem? At 16, most of my wardrobe consisted of dresses. And there was really no way to wear a dress and an insulin pump at the same time without either unhooking the pump (which would interrupt my insulin flow and cause my blood sugar to skyrocket) or dealing with pump-shaped lumps under the dress.

“This is why ‘pumpy pockets’ would be a big seller,” my then-15-year-old sister, who’d been diagnosed with Type 1 diabetes five years before, told me when I complained about the way that the pump would mess up the flow of my prom dress. She was referring to an idea she’d had some years before for a cute pouch that could hold an insulin pump and be worn either as a necklace or as a belt. She was clearly onto something with that, as several brands (and many Etsy creators) now sell bands and leggings and garters and belts meant to contain pumps in a fashionable way. But a “pumpy pocket” wasn’t going to be enough to put my mind at ease.

I did end up keeping my insulin pump through my high school graduation and up until my sophomore year of college. I was in the drama program at NYU, and while I sometimes bristled at the pump-related questions from other students and the occasional “take off your cell phone!” commands from teachers (and the explanations that I had to offer in response), I felt like I was finally getting used to the act of wearing a medical device at all times.  But one morning, I was lying on a yoga mat with my insulin pump clipped to the waistband of my leggings, waiting for a movement class to begin. All of a sudden, one of my classmates (a guy who I was friendly with but hadn’t discussed my diabetes with at all) walked up to my yoga mat, grabbed my insulin pump, yanked at it, and loudly and cheerfully asked, “What’s this?” I screamed at the feeling of my catheter twisting under my skin, and when my startled classmate dropped the pump, I rushed out of the studio and into the bathroom, tears rushing down my cheeks. I felt vulnerable, exposed, and helpless…and, one day later, I made an appointment at the campus medical center to discuss a transition off of the insulin pump and a return to insulin injections (which didn’t leave as obvious a footprint).

Even an 'invisible' condition like diabetes was more visible than teenage-me could handle.

The doctors told me that going off of the pump and back to injections would be a less reliable way to keep my blood sugar in good shape. But because I still wasn’t ready to deal with my diabetes in a direct, “grown-up” way–because I still wanted to do anything and everything to keep it under wraps–I made the switch anyway. I stuck with the injections for over a decade, even after two hospitalizations for erratic glucose levels in my early twenties. I liked the ability to keep my diabetes a secret, and I felt like the negative consequences for my health made for a worthwhile trade.

So what finally changed my mind? It really came down to shaking off my defense mechanisms and listening to my doctors, who were ready and willing to explain how the pump has evolved in the last two decades. At one appointment with my endocrinologist, she told me about the OmniPod, a new pump model that was wire-free (so I wouldn’t risk anyone trying to yank it out of my body) and small enough to fit under even the slinkiest of dresses. I liked the sound of that, so I made the transition, and I immediately noticed a big difference in my blood glucose levels and my overall health. But I still tended to keep the OmniPod on my stomach or on my lower back, areas that would be easy to conceal.

Which brings me to Lila Moss. In the fall of 2021, Moss, daughter of Kate and fellow runway model, walked in the Fendi x Versace fashion show. Moss is a Type 1 diabetic, and she wore a one-piece bodysuit for her runway walk, with her OmniPod visibly attached to her upper thigh. I saw her photo and immediately started kicking myself. If a 19-year-old supermodel featured in a highly-publicized fashion show could wear her pump in front of countless photographers and influencers and designers and journalists, then why the hell was I still so obsessed with hiding my pump under clothes?

From that day on, I started positioning my pump on my upper arms, even when wearing a sleeveless dress or tank top. I stopped stressing about the visibility of the red rashes and bruising that sometimes showed up around my pump insertion sites. I finally, after almost twenty years, stopped worrying about what people would think or what people would ask or how much I’d need to explain about my illness, my health, and myself in general. At sixteen, I couldn’t embrace my diabetes and come to terms with it; I “didn’t have time,” after all. But I have time now. I will make time now.

Dressing for the New Me: Finding My Personal Wheelchair Style