How to Calm Red and Irritated Skin After Waxing 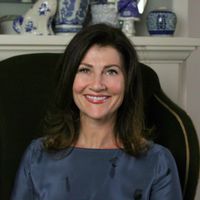 Reviewed by Jodi Shays
Jodi Shays has been a licensed esthetician in California for 20 years. She is the owner of Queen Bee Salon & Spa in Culver City.
About Byrdie's Beauty & Wellness Board
Esthetician and Waxer
Fact checked by
Michelle Regalado

One of the most common side effects of waxing is some degree of redness or inflammation at the site that's just been waxed. The pulling of the hair out of the follicle causes irritation but also, unfortunately, tugging at skin causes most of the redness. Usually, you'll see it pop up right after the waxing, particularly if you're sensitive. No worries though, because it generally subsides over the course of the day. There are ways to relieve it faster than just waiting it out, though.

But before we talk about relief, we have to talk about prevention. Your skin isn't supposed to be red and irritated for more than a few minutes. First, it seems obvious, but you need to make sure the wax doesn't contain any ingredients you're allergic to that can leave you unnecessarily red. Typically, waxes are made of resin, but that's not always the case. They also may be based on a certain ingredient other than the resin: tea tree, lavender, and cocoa are all popular choices. Plenty, also, are made up of artificial colors, fragrances, and ingredients. While you can be allergic to almost anything—natural or not—artificial ingredients are allergic triggers for many. Don't forget about checking the products you're using for prepping the skin, removing the wax, and soothing the skin as well.

If you're getting it done professionally, you should be asked to fill out a form to make sure you're compatible with waxing and list any allergies. Don't be afraid to speak up before waxing, and tell the technician of anything you're allergic to, and ask them to write it on your client profile to avoid future reactions. You can also ask them about the products they use.

The Correct Way to Wax

If you're waxing yourself, you need to be sure to apply pre-epilation powder after cleansing if using soft wax, and pre-epilation oil if you're using hard wax. These will act as a buffer, so the wax adheres more to the hair and not the skin. It lessens the amount of redness, and also conveniently prevents skin from being torn off in the process.

Wax that is too hot can burn skin, and wax that is too cool can cause irritation. Overheating can happen when there isn't that much wax left in a can and it gets overly hot or it's microwaved too long.

Before you begin waxing, check the temperature of the wax first by putting a bit on the back of your hand.

Wax that is too cool (when it's supposed to be heated) won't come off as easily when pulled, and can cause unnecessary redness.

Be sure you're holding the skin taut while pulling hair out to keep skin from being tugged on too much. Use a wax made for sensitive skin; cream-based products often work well. Don't wax over an area more than once, as this can cause you to become very red and inflamed, not to mention removing your skin, too.

If you've opted to go to a salon or spa, remember: Just because someone is licensed to remove hair doesn't mean they're good at waxing. Most techs will properly clean and prep skin, use the right type of wax for your skin and hair type, apply and remove the product correctly, and soothe skin immediately after the service. If your tech doesn't clean or prep your skin, run for the hills. All of these things can make a difference regarding how red or irritated you become.

After removing hair and removing wax residue, apply an after-wax cooling product like the long-time-favorite GiGi After Wax Cooling Gel, ($8,) or an aloe based gel meant to help soothe skin and subdue the redness and inflammation. Tea bags brewed and then cooled placed on the eyes might also help after waxing the brows. Ice, an ice-pack, or a bag of frozen vegetables can also help reduce inflammation. That said, you should never put ice directly on your skin—use a piece of gauze between your skin and whatever frozen product you choose. If you have somewhere to go and don't want everyone there to know you just got waxed, try applying some light powder makeup. Because it's light on the skin, it allows it to breathe more than liquid foundation and concealer.

If the skin is extremely painful for days, bleeds, is torn off or scabs, then something may not be right. Waxing isn't for everyone or every body or facial zone, read waxing precautions for the full list. See your doctor if your skin isn't healing on its own. Note: Your skin can be compromised because of an underlying condition, blood thinners, Accutane, and Retinols.

How to Get a Professional-Quality Bikini Wax at Home
Article Sources
Byrdie takes every opportunity to use high-quality sources, including peer-reviewed studies, to support the facts within our articles. Read our editorial guidelines to learn more about how we keep our content accurate, reliable and trustworthy.