A Look Inside the Fascinating History of Glitter and Gay Culture

written by
Laura Dorwart
Laura Dorwart is a journalist with more than six years' experience writing about topics such as health and politics.
Byrdie's Editorial Guidelines
Laura Dorwart

Ever since Claire’s and Limited Too loomed large in many a late-’90s preteen vision board, wearable sparkle—usually in the form of body glitter, glitter makeup, and glitter body spray—has been a source of personal euphoria for many millennials. Glitter makeup, for me at least, was the stuff of fantasy and boundary-crossing—it was a way of straddling the line between prepubescent and full-blown teenager.

I thought my love of body glitter and sparkly makeup would fade in favor of nude lips and classic looks as I got older, yet wearable glitter remained magical for me, carrying with it a sort of witchcraft, a kind of breathless ecstasy. I soon realized that I wasn’t alone: As a young adult, I began to identify as a queer femme, and after attending my first pride parade at 19 (and participating in queer nightlife a couple years later), I noticed that glitter was a beauty staple for performers and participants alike.

Glitter makeup, though too often culturally relegated to juvenilia and special occasions, has an important place in queer history. Glitter is intimately tied to the long legacy of queer nightlife and performance art, including the intersecting worlds of drag, burlesque, and cabaret. As glitter makes its way into our bedsheets and onto our carpets, it also makes its way across generations, connecting queer folks to other communities and to our predecessors.

Today, glitter makeup still goes far beyond whimsy for queer folks who defy or transcend sexual and gender norms. In fact, for many, it’s an integral piece of gender presentation and queer identity. Just as religious symbols (like a cross or a Star of David) signal community and connection, wearing glitter is a way to signal our queer identities not only to ourselves but also to each other.

To learn more about what glitter means to other people in the LGBTQ+ community, I interviewed several members of the queer community who consider glitter to be a key, enriching aspect of their queer identity and gender expression. One of these subjects was Liat, who considers the rich history behind glitter cosmetics to be a key aspect of their appeal. Liat says glitter is part of their identity as a "glitterfutch," a label derived from "glitterbutch," which they coined in 2012 while applying glitter makeup in preparation for a trans art show. This is a term that Liat explains best represents their "specific gender beyond the umbrella of genderqueer." "Glitter feels like a historically important connection for my queerness (sexuality) and my genderqueerness," Liat says. "When I think of my ancestors, they are sparkling with sequins and glitter."

The History of Glitter

Modern glitter was invented in 1934 by American machinist Henry Ruschmann. Before then, glitter was made out of glass, but World War II rendered that unavailable. Even before the war, however, early drag queens (unable to afford glass glitter) often sported in-your-face shiny jewelry and shimmering costumes. Drag queens like LaVerne Cummings, Barbette, and Gene La Marr—some of whom toured with famed drag troupe The Jewel Box Revue from the late ’30s to the early ’60s—often worked glitter into their beauty routines, especially their eye shadow.

In the ’70s, mainstream glam rockers like David Bowie and his sparkling, gender-bending alter ego, Ziggy Stardust, drew in part from the aesthetics of queer nightlife to create their looks. John Cameron Mitchell paid homage to both genres (drag and glam rock) with his iconic red lip in the 2001 rock musical Hedwig and the Angry Inch.

For folks like Liat, glitter isn’t only about euphoria and performance. It’s also deeply tied to protest and defiance. For decades, glitter has been used by queer activists fighting for LGBTQ+ rights. In the Glitter + Ash movement, for example, which has been popularized in both New York and Chicago within the last several years, churches show support and solidarity for queer parishioners by mixing Ash Wednesday ashes with purple glitter. Parity, the “faith-based LGBTQ-focused organization based in NYC” that popularized the movement, says that glitter is a part of this tradition because, like love, it’s “irresistible and irrepressible” and “never gives up.”

A more confrontational version of glitter activism is the practice of “glitter bombing,” or showering homophobic politicians with the sparkly stuff while shouting LGBTQ+ rights slogans (such as “Stop the hate!”) in protest of anti-LGBTQ+ views and legislation. Michele Bachmann, Rick Santorum, Newt Gingrich, and Mitt Romney have all been targeted for protest since 2011, some by a Minnesota queer activist group known as the Glitterati. Prior to the 2017 presidential inauguration, a queer street dance party was held outside Mike Pence’s home to protest his homophobic policies—glitter was a prominent feature of many participants’ getups.

In terms of gender norms, too, glitter is a form of beauty defiance, allowing those who sport it to cross gender boundaries in unexpected ways. How? For one thing, glitter, with all its colors and light-catching capabilities, is almost celebratory by nature—it’s impossible to miss. In the case of queer identity and gender expression, that’s exactly the point: Political statements often come in the form of celebrating visibility itself, especially for marginalized folks who’ve long been told to be silent about who we are (or at least to make it more palatable). Makeup tips that feature glitter often warn readers not to do “too much,” to keep things subtle. But queer expressions of gender and sexual identity push against these restrictions, defying social expectations of what constitutes “too much,” “too bold,” or, often, “too feminine.”

Nihm is a glitter-loving member of the LGBTQ+ community who identifies as a “queer nonbinary Faerie” (an identity that spans across a variety of gender and sexuality spectrums but is most often associated with sustainable living, a connection to nature, creative spiritualities, and queer consciousness). Similar to Liat, Nihm says that “glitter is a very big part” of faer “life and identity.” “For me, glitter serves as a medium to express gender euphoria and as a twinkly embodiment of my emotions,” Nihm says.

In other words, the use of glitter makeup is, for many queer folks, a way to celebrate being “out” in a very public and consistent way, especially after years of restricting full gender and/or sexual identity expression to certain audiences. For Nihm, more glitter means more visibility and a greater sense of self. “Growing up, I was very shy and did everything I could to be invisible,” Nihm says, “so most of my glitter and sparkling was restricted to the things I owned, performance spaces, and my art. Since then, I have really gained a lot more confidence in myself.”

The other thing is that for queer folks, glitter doesn’t only have to be a symbol of femininity. That is to say that wearing glitter doesn’t automatically make you femme, because ultimately, it’s a symbol of queerness in a larger sense. Another interviewee, Alexis, reflecting on the role of glitter in their personal presentation over time, offers, “As an AFAB trans person, for a long time, I thought that embracing any sort of femininity or femme-ness (e.g., glitter) would invalidate my gender, perhaps by making it easier for other people to misgender me as a woman. Eventually, though, I was able to re-embrace the aspects of myself that are femme as aspects that do not invalidate my gender and do not mark me as female.”

As Alexis suggests, queerness as a concept disrupts, challenges, and reclaims our collective conventions and expectations about gender—thus, glitter, which tricks the eye with its multifaceted shimmer, is the perfect representation of that. Glitter decides where your gaze stops and starts, where your line of vision lands and where it sneaks off to. It takes up visual space and tells you where to look. It takes our fears of being too much, too visible, or too out and explodes them into something beautiful. Glitter, like many queer(ed) expressions of sexuality and gender, draws attention to its own artificiality, making no attempt to be “natural” or anything but constructed, just as queerness draws attention to the roles we play and social norms we often follow in terms of gender expression, sexuality, and relationships.

Glitter makeup has gained a great deal of mainstream popularity over the past several years, and of course, its high drama makes it endlessly Instagrammable. But I’d like to think its growing popularity (and the increasing attention to eco-friendly versions of it, like biodegradable Eco Stardust), is just a touch more political than that. Celebrated makeup artist Pat McGrath recently told GQ Style, “The world of makeup is becoming increasingly more diverse and less about rules, which is absolutely divine.” After all, isn’t the defiance of rules, in part, what glitter, and queer identity itself, is all about? 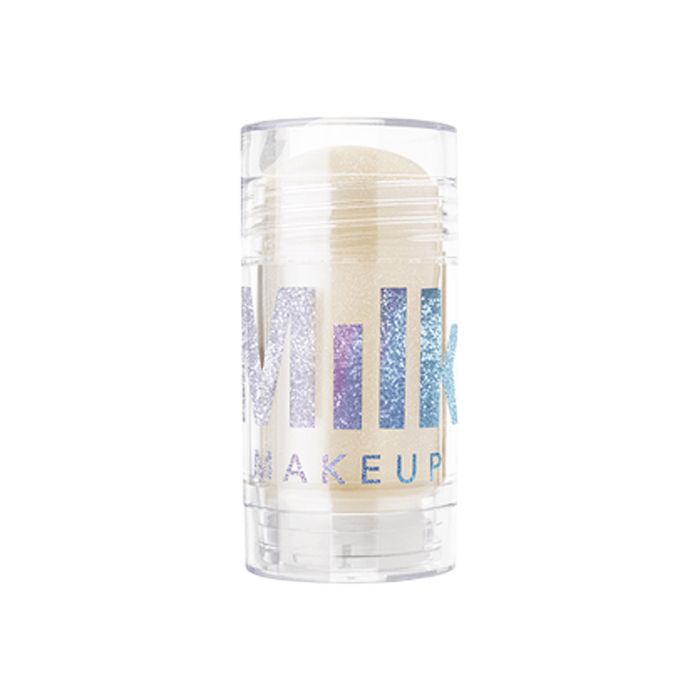 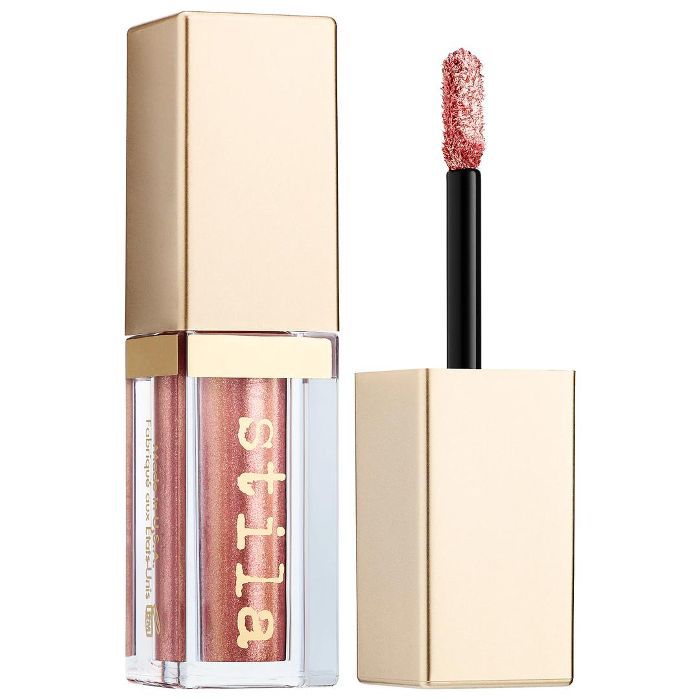 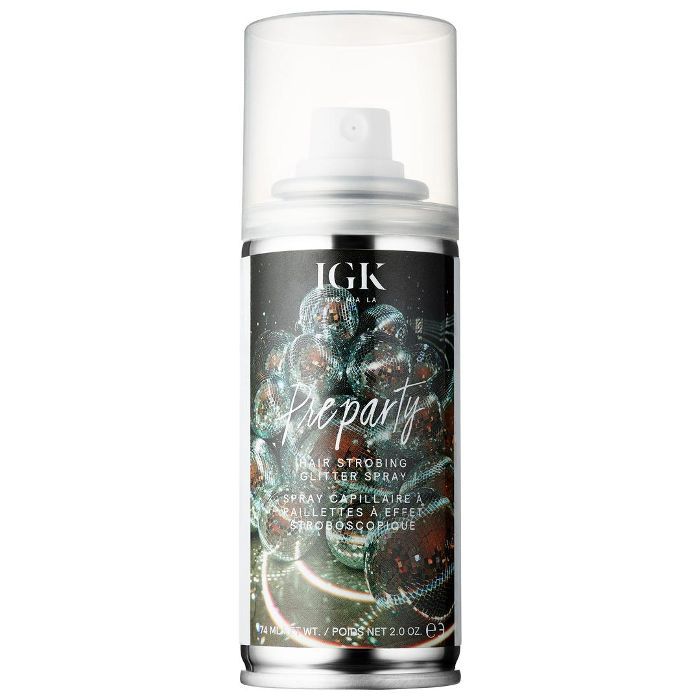 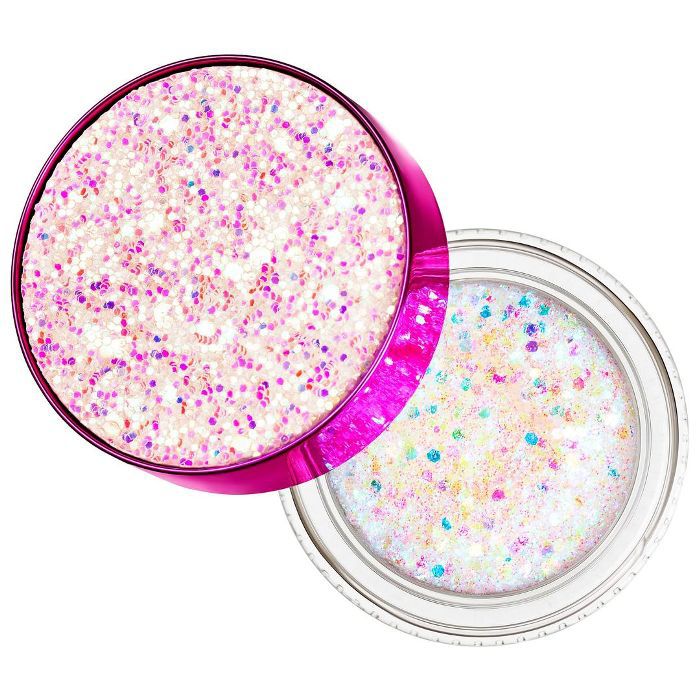 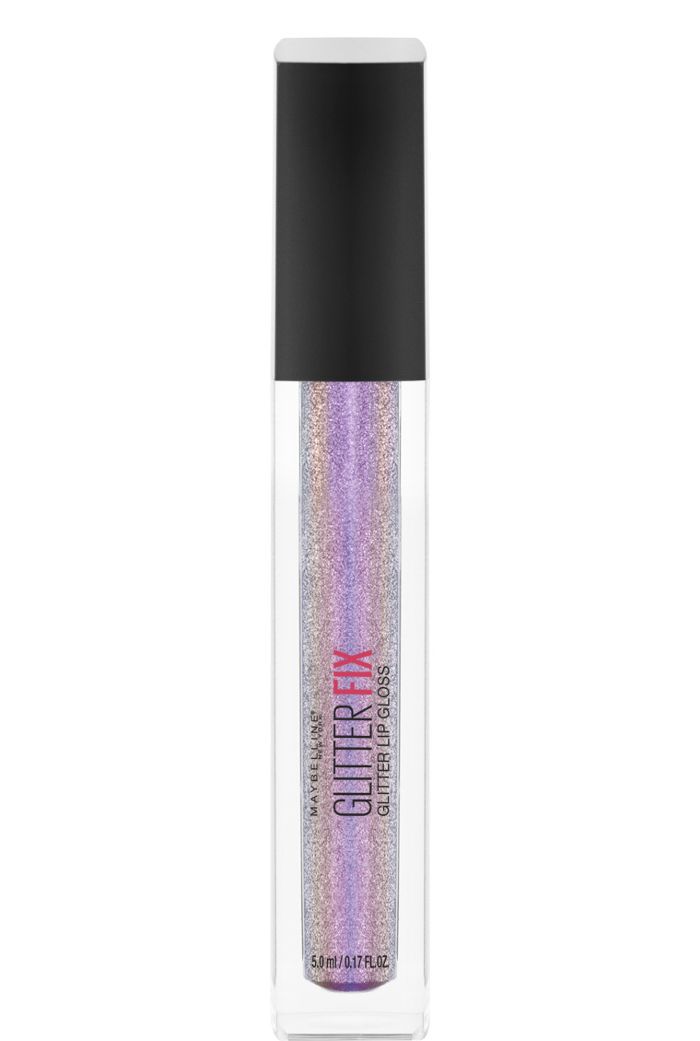