The Fascinating History of Acne Treatments 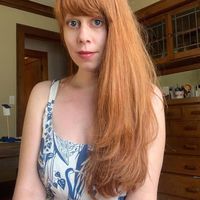 While today's acne treatments are streamlined, easy to use, and sometimes even enjoyable (especially when they work quickly), that certainly hasn't always been the case.

Diving into the many methods humans have employed to combat acne, we were shocked to learn of their remedies of choice, some of which are true head-scratchers. Below, we've compiled a timeline of the evolution of acne treatments that venture from strange to tame. Take a look below!

According to Traditional Chinese Medicine (or TCM), acne is related to body temperature in that heat accumulates from poorly digested rich foods, which then translates to heat in the digestive tract, later traveling to the bloodstream. It's believed that when the blood is heated, your internal organs need to be treated (the theory is that the liver detoxifies the blood, but when heat is manifested here, it translates to emotional irritability in the form of a flushed red face and red papules). Thus, proponents of TCM believed that body-cooling foods and herbs like echinacea, burdock, and dark leafy vegetables would help fend off breakouts.

TCM also employed a skin remedy of peach blossoms to nourish and brighten the skin. They were believed to have supernatural powers that fought off the "demon of ill health," which, in this case, was blemished skin.

Even pharaohs weren't exempt from skin flaws: It's been documented that King Tut displayed acne scars and was even buried with remedies like patchouli. The leaf's natural medicinal properties were employed by ancient Egyptians for more than just acne, but its antiseptic properties, as well as its ability to strengthen skin tissue while balancing oil production, made it the perfect treatment for breakouts.

Ancient Egyptians also believed sour milk to be an acne remedy. If this sounds gross to you, know that lactic acid is derived from sour milk, as fermented lactose from raw milk turns into lactic acid. This ingredient is an amazing exfoliant that helps reduce breakouts and signs of aging.

(Not into the idea of putting expired milk on your face? Try Sunday Riley Good Genes, $105, a creamy lactic acid treatment that brightens and plumps the skin).

Ancient Romans were the first group to utilize baths as a form of acne treatment, believing that pores could be cleared by soaking in a hot mixture of water and sulfur. They were on to something, though: NYC dermatologist Dr. Jessica Weiser tells us that sulfur is an excellent acne treatment because it "decreases bacterial count on the skin and reduces inflammation."

Even today we still have to sift through beauty remedies and decide which ones are more outlandish than curative, but this remedy from ancient Roman physician Theodosius the First is perhaps the most laughable we've ever heard: To rid the skin of acne, he suggested individuals wipe their face with a cloth while looking at a falling star. Then, like the star, the blemishes would fall from the body. If only…

During the Heian period (794 to 1185 A.D.), Koreans introduced the Japanese to the feces of nightingales (an important bird in Asian culture) as a way to heal acne. Unlike most animals, birds have one opening (the cloaca) from which all of their waste is deposited—as such, their feces are made up of nitrogen-rich urea (also a component of urine) and guanine, an amino acid, which are believed to help contribute to brighter, clearer skin. Believe it or not, bird poop facials are still popular today (though we can't guarantee it'll be pleasant).

Worn mostly by women who suffered scarring due to the smallpox epidemic in Europe, women of the 1600s cut tiny pieces of black velvet or silk into shapes like stars and moons to cover their blemishes, including pimples. However, some women decided to wear the patches as a fashion statement, placing them on the corners of the eyes and mouth or wherever they saw fit. They were even seen as a status symbol in that those with more beautiful, appealing patches had greater social stature.

In 1902, American researcher W.A. Pusay first published on the use of X-rays as a successful remedy for the treatment of acne. He wrote that localized X-ray emissions would help manage overactive sebaceous glands, bacteria, and inflammation. This treatment method became more widespread in the 1940s; however, in the '60s, after the bombing of Hiroshima, individuals grew much warier of utilizing radiation as a means of treatment. It was later found X-ray doses as well as other types of high-energy electromagnetic radiation therapies are carcinogens. Today, a safer light-emission remedy is used to combat blemishes: LED light.

Because breakouts begin around the time of puberty (thanks, hormones), some believed acne to have a correlation with virginity: The theory was that virgins were unable to eliminate pimple-causing toxins by way of intercourse, so they needed another means by which to release the built-up toxins in their system (thus, pimples were known as "chastity pustules"). It was because of this that laxatives were used to increase waste removal as a way to clear the skin.

Penicillin was the first available antibiotic and thus used to treat acne after the discovery that bacteria are present in acne lesions. However, researchers found that penicillin circulated in the bloodstream rather than making its way into the skin and was eventually deemed ineffective at treating breakouts. Shortly after, tetracycline (another antibiotic) was found to have far better efficacy and was widely prescribed to acne patients.

Vitamin A acid (commonly known as Retin-A, a more potent form of retinol) was discovered as an ingredient that loosens the dead skin within a follicle to help clear clogged pores. It increases cell turnover, thus making it a wrinkle remedy as well.

Belonging to the same retinoid class as Retin-A, Accutane was created as a powerful oral medication to heal chronic acne. While countless trials have found the pill to be a miracle solution for painful, cystic breakouts, it's not without its major side effects and should be thoughtfully discussed with your physician.

As mentioned previously, different types of acne respond to different treatments, so today's doctors (both Eastern and Western) will suggest varying treatments depending on your personal skin needs. What's interesting, though, is many treatments from decades (or even centuries) ago are still effective today, such as sulfur, salicylic acid, lactic acid, LED light therapy, benzoyl peroxide (used by dermatologists in the 1920s) retinoids, and Accutane.

We may have a come a long way since wishing our acne away on a falling star, and surely we have more strides to make, but as a whole, our ancestors have certainly paved the way to sound methods for clearer skin.