written by
Avery Stone
Avery Stone is a commerce editor at Dotdash. She writes and edits beauty pieces for Byrdie. She previously worked at HuffPost, For The Win, and DEPARTURES.
Byrdie's Editorial Guidelines
Avery Stone

For pop artist and actress Hayley Kiyoko, the right perfume is a time machine in a bottle—a way to revisit past moments and faraway places. So it's fitting Kiyoko released Hue, her debut fragrance nearly one year into the pandemic—a period in which she’s spent more time than ever in one place. “I think everyone’s learning a lot about themselves because they have to sit with themselves and navigate things on their own,” Kiyoko says of the last year, the majority of which she’s spent at her home in Los Angeles. “You don’t have this extra socialization or going out and all this extra stimulation around you—it’s just you. I think, in the end, that’s going to really help us all be better people.”

Still, fragrance can provide a certain respite from the day-to-day routine—and creating one during a tumultuous year has been a welcome pursuit for Kiyoko. But Hue—which Kiyoko designed in partnership with the French perfumer Constance Georges-Picot—has actually been in the works for about two years.

That first year, Kiyoko weighed in on combinations of scents around a conference table; soon, those gatherings became Zoom meetings accompanied by countless packages. Like many of us, Kiyoko and her team had to pivot from working IRL to virtually. Ultimately, Kiyoko and Georges-Picot went through more than 60 iterations of the perfume before deciding on the final version, which has notes of blood orange, watermelon, freesia, peony petals, lychee, rose, and pink magnolia, plus undertones of cacao blanc and skin musk. (It’s also housed in a bright red bottle—a decision Kiyoko made last-minute after realizing she didn't want to stick to neutrals.)

“It’s kind of like love,” Kiyoko says of finally finding that perfect combination of scents. “You don’t know why—it just feels right.” Because this was Kiyoko’s first time designing a perfume, it took a while to pinpoint what specific components were must-haves (or have-nots) for her. Ultimately, the breakthrough came when she figured out what she didn’t want: “There was a certain berry that we were using—I ended up realizing it was that berry that was throwing me off,” she says. “And as soon as we took that out, immediately we were in the right zone.” (When asked what berry it was, Kiyoko slyly says she doesn’t want to put the berry on the spot. “I’m not trying to isolate her,” she laughs. “I’m sure she works for many other perfumes!")

But the challenge of the process was totally worth it: “I finally sprayed it on and was like, this feels like me,” she says. “It feels fresh and very comfortable.” In that vein, it was also important to Kiyoko that everyone feels comfortable wearing Hue; she intentionally designed it to be gender-inclusive. “I just wanted to create a perfume that was inclusive and that anyone could wear,” she says. “It’s called Hue because we’re all different shades part of this massive spectrum. No box or label can truly define us—only we can do that.”

The reason why Kiyoko chose a fragrance for her first major beauty launch also relates to her own journey of self-discovery—specifically, figuring out she was gay as a young teenager. It all started when her father gave her a bottle of Elizabeth Arden’s Green Tea after he’d received it in a gift basket. “My memory is a positive one of putting on this armor and getting compliments from girls that I smell good,” she says. "So, [I started] making it a point to [focus on scent] throughout my adolescence into present time. I've always really valued and appreciated those moments."

Even though it’s been years since her Green Tea days—Kiyoko is 29 years old—she still keeps empty bottles of it in her apartment. “I pick one up and I smell it and it just takes me back,” she says. Over the years, Kiyoko has added other fragrances to her list of favorites, namely Dolce and Gabanna’s 3 L’Imperatrice Eau de Toilette.

Kiyoko is hoping Hue can provide a similarly positive experience for her fans. “It’s my virtual way of giving them the hug and support they may not be getting from lack of socializing,” she says. “There are so many things that have changed [in terms of] how we go through our days. I think beauty and feeling good about yourself when you’re not able to get that outside validation is really important.” 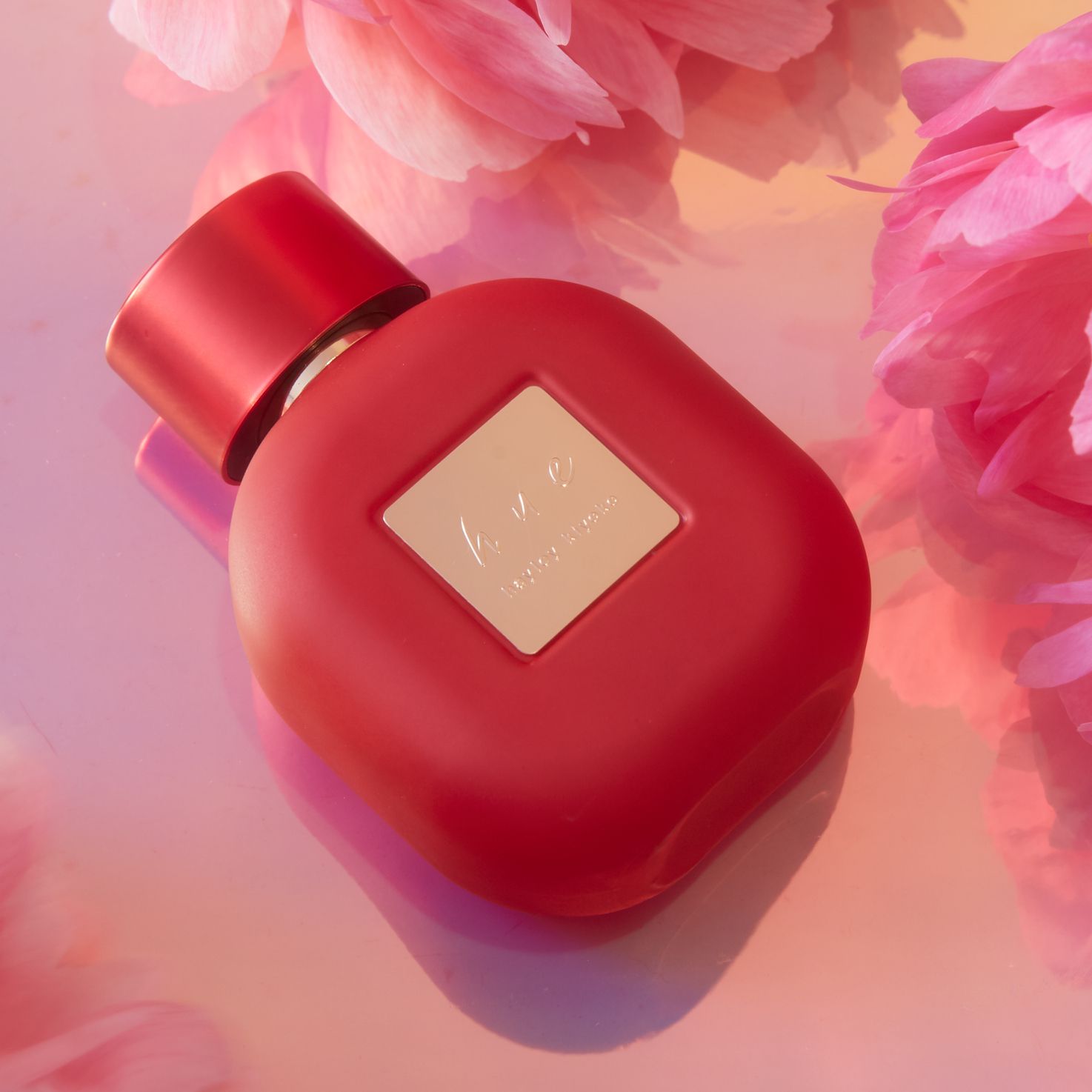 Hue isn’t the only creative endeavor on the horizon for Kiyoko; she’s also in the process of finishing up a new album—her first release since her I’m Too Sensitive for This Shit EP came out in January 2020. “It’s really exciting,” she says of the record, which has a release date of TBD. “I can’t wait to have some new music out to share and create.”

Hue is available on March 3.