This Is Why Your Nail Technician Always Wears a Medical Mask

Getting a mani/pedi is one of the most relaxing ways to spend an afternoon… at least it was until now. According to a fascinating (slightly horrifying) story from The Guardian exposing the hidden lives of nail artists, many of the women giving those mani/pedis endure such pain, risk, and verbal abuse from customers that it makes going to the salon anything but relaxing.

The Guardian's article focuses on a nail salon in Snellville, Georgia, a place where most nail artists are Vietnamese immigrants who moved to Georgia as refugees in the 1970s or who fled from another U.S. state in search of weather closer to that in Vietnam. "In the end, nail technicians do nails not out of passion, but to make a living," The Guardian says. "Oftentimes, as for Mai, there is no other option."

Mai and Phung are two nail artist at this particular Snellville salon—Mai is a "water employee," meaning she can only do manicures and pedicures but none of the more skilled work. Phung is a "powder employee," which means she can do fancier things like acrylics and mostly works with people's hands.

But here's the shocking part about both of their jobs (and about nail salons in general): The work can not only be gross and unpleasant, but it's also downright dangerous. According to The Guardian, someone who gives pedicures like Mai is at risk of burning her skin off, if she accidentally gets callus remover on her wrists. (Might this mean nail salon guests are at risk of this, too?) Mai also has to deal with customers' demands that she "meticulously scrub the dead skin off the side of their big toe because she missed it the first time." As Phung says, "Customers think that because they are paying [and they pay very little], they can get whatever they want."

Though Phung's work as a "powder employee" is slightly more glamorous, it's also poisonous. "Phụng wears a large white mask and lines the inside with six layers of paper towels so that she doesn't get cancer," the article says. Doing acrylic nails, some of the chemicals she may be exposed to include toluene, formaldehyde, and methyl methacrylate, or MMA, which was banned by the FDA, but is still found in some nail salons due to poor regulation. This chemical can cause neurological problems and respiratory issues. And according to The New York Times, "A number of studies have also found that … manicurists … have elevated rates of death from Hodgkin's disease, of low birth-weight babies, and of multiple myeloma, a form of cancer."

There is not a clear way for consumers to help with these problems. Because nail artists like Mai and Phung rely on the income from their salon jobs, they would not benefit from us boycotting their industry, however problematic it is. While we ponder a solution, let's at least clear our own nail polish collections of any toxic chemicals. My favorite vegan, cruelty-free, non-toxic nail polish is Orly's Breathable line, which is free of 13 harmful chemicals often found in nail polish. 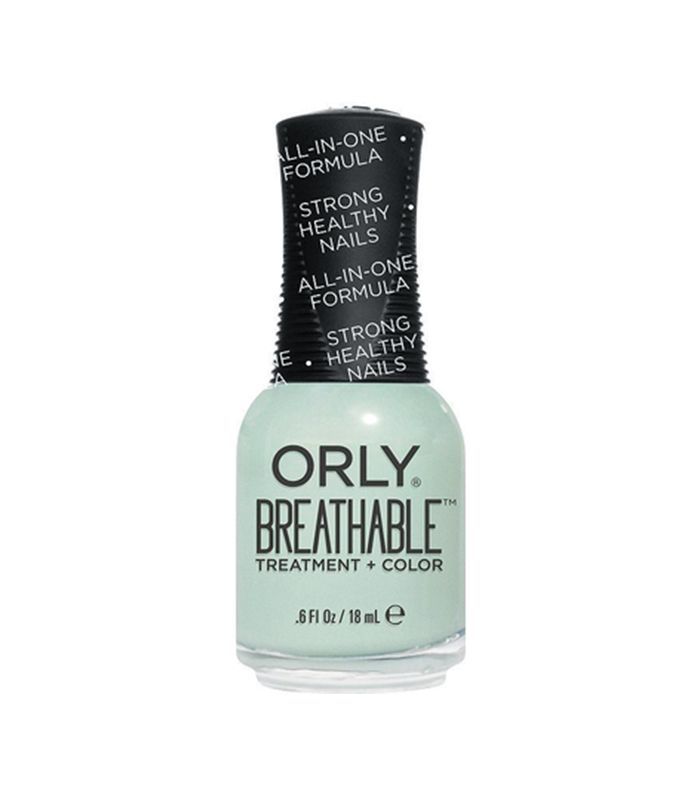