Hannah Simone is best known for her role as Cece Parekh on Fox's New Girl. In the show, she acts opposite Zooey Deschanel, Max Greenfield, Lamorne Morris, and Jake Johnson as an Indian-American model (and eventual modeling agent and mother) who navigates life in LA with her seemingly disparate group of friends. It's hilarious, it's sweet, it's light-hearted—and as such, it's one of my all-time favorite shows, sitting firmly at the front of my Netflix queue for years.

Even though the show has wrapped (the final episode premiered in May 2018), I still associate Simone with her character Cece. I think it's safe to say that most of her fans do too. That's because through the course of the show's seven seasons, Cece's tough-yet-lovable personality feels so genuine and authentic that it felt only natural to project it onto Simone herself.

As it turns out, Simone does share a few striking similarities with the fictional Cece. Not only do they emanate a similar amicable energy that makes others feel at ease, but they both have a penchant for the same hairstyle (as Simone put it, her hair is "built" for it).

Keep scrolling to read our full interview with Simone, in which we talk about Indian beauty secret, her iconic hair, and her upcoming semi-autobiographical sitcom, which is based on her own family.

First things first. I met up with Simone to talk about her new collaboration with TJ Maxx, which is all about promoting a new term, "Maxximizing"—or, shopping for your individual style without sacrificing quality or price. It's something that Simone does well (probably because she's been doing it ever since she was a teenager). "My mom’s a fashion designer and we traveled all over the world growing up," she explains. "I was always hunting for great quality pieces but with prices that didn’t break the bank. I feel like TJ Maxx is just the natural embodiment of that, so when they approached me to partner with them I was like, 'Oh, this is a super, easy organic partnership because I shop there all the time and they understand the ethos of how I am around fashion.' I feel like beauty is the same; you want great quality but with a price that’s not insane."

Simone is the daughter of a British mother and an Indian father. She was born in London and lived in Canada, Cyprus, and India before eventually settling in Los Angeles. Her unique background was the inspiration for her upcoming semi-autobiographical sitcom, which she's filming now. When I ask her if she engages in any traditional South Asian beauty practices (maybe she has some shiny hair secrets to share?) she's quick to answer. "This is the thing that’s so exciting about doing this show is that I know nothing about Indian culture really—." Here is where she pauses and laughs abashedly. "I shouldn’t say that; that’s a terrible thing to say… I know very little about Indian culture because my dad is the most American dad in the world. My dad wears head-to-toe denim; he cooks carbonara for dinner; he tells really weird dad jokes…He’s a dad; he’s just an American dad that happens to be South Asian. My mom, who’s British, loves India. So any beauty tips I have from India came via my British mother that loved India so much she married an Indian man and now has Indian children. See how she made that work for her?"

"I mean this is why I’m so excited to do this show," she continues. "I feel like when you have South Asian blood people think you’re by proxy this expert on India, and I’m like, I don’t know. When we shot New Girl we did an Indian wedding and they were like, ‘How do we wrap the sari?’ and I was like, ‘Bro, I don’t know; I’ve actually never been to an Indian wedding. That’s what I’m so excited to talk about on the show. I’m going to get to learn via the Indian British mother we have on the show; I’m going to learn along with the rest of all the Americans watching on their couch."

Like I said before, Simone has a certain honest—almost self-deprecating—humor that makes everyone feel at ease. When I press her for specific beauty habits or lessons passed down from her mother, she calls two to mind. The first is hair oil: "The one thing she always taught me is to put oils in your hair." She goes on to explain how she'd warm it up by rubbing it between her hands, apply it from root to ends, wrap it up, sleep on it, and wash it out in the morning. Though she can't remember specifically which oil her mom used, Simone assures me she approves of any natural variety, including coconut, argan, and jojoba oil.

The second thing she calls to mind has to do with everyone's favorite topic: eyebrows. "I feel like having great eyebrows and embracing your natural brow is very on-trend, but look 15 years ago—that was not the case," she says. "I just naturally have eyebrows. I never tweezed them to oblivion. I think that’s Indian culture for sure." 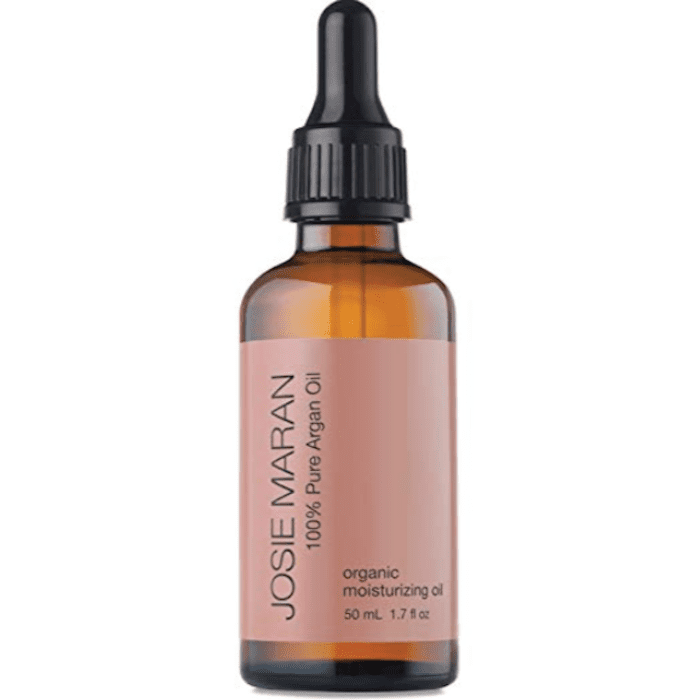 If you follow Simone on Instagram, you're familiar with her saga that was growing out and then eventually cutting her bangs. Seeing as she's basically the unofficial Hollywood poster child for bangs (aside from maybe her old co-star Zooey Deschanel), I had to know, why did she decide to grow them out in the first place? Does she prefer a bangs-free look? Has my entire life been a lie? Obvious drama aside, Simone tells me that it wasn't necessarily purposeful. "The show ended, so the person who cut my bangs every week was gone. So then all of a sudden a month went by and they were here [motions to her face] and I was like, 'What would happen if I just let them go?' It wasn’t a conscious choice; they just started to grow and I was like, I don’t want to go get a haircut, you know?"

Then came the struggle—the struggle of growing out bangs when they've reached an awkward length that's too long for wearing down and too short for wearing up. That's when she started posting about it on Instagram, explaining it through funny (and relatable) captions. "My DMs became the most beautiful safe space to slide into because the sweetest girls on the planet were offering advice, being like, okay you need seven bobby pins and then you braid it like this and you do this. But if they’re this length you need 9 bobby pins and you do this," she laughs. "Saviors emerged; it’s a place where all we have a lot of information we need to share and we don’t have one place to share it—maybe I should start a website; become the voice."

Despite the advice and support, Simone went back to bangs. "I cut ‘em. It feels great. I always had hair all one length until I was in my late ‘20s and then I cut bangs. The thing with a TV show is that you all met me with cut bangs, but I’ve lived the life of no-bangs. I know what that’s like; it’s not for me. I thought I’d try it again and halfway through I went, no, I remember that life. It wasn’t for me. I went back to my happy place."

These days, her go-to style is wearing her hair down with her bangs intact (yes, just like Cece). Their daily makeup look, however, isn't so similar. Whereas Cece's beauty look was consistently high-key (perfect eyeliner, big lashes, and glossy hair), Simone's is admittedly a little more off-duty. "It was very hard to live up to Cece. Every week I had these people making me look amazing like a model on TV and then—I don't know if you follow my Instagram—but I live at home with three cats. It's not the glamorous life. The cats don't care that I'm an actor on TV, so I'm in sweatpants and a T-shirt with my hair up in a bun, being like, I'm just gonna start opening up the cans of cat food..."

Now that her New Girl days are over, you can catch Simone wearing her hair in the iconic hair-down-with-bangs style or a classic high bun. "I live for a good topknot," she says. "It’s because it's too hot; LA’s too hot."

Keep up with Simone's work and TJ Maxx collaboration by following her on Instagram (you won't regret it). Then, keep scrolling to see which products Hannah Simone's makeup artist and hairstylist used to create her Cece Parekh look on New Girl.

Michelle DeMilt worked as the key makeup artist on New Girl, creating and maintaining Cece's polished beauty look. Fans of the show will know Cece's makeup usually consisted of a radiant and even complexion and a dark and dense lash line. To achieve the former, Demilt would use a very specific primer, which she would mix with moisturizer before applying to Simone's skin. 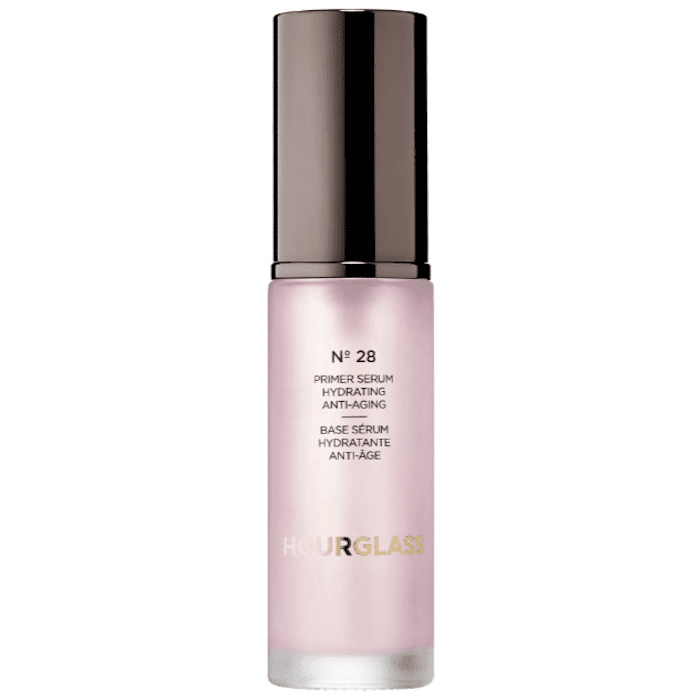 The primer was none other than this one, from Hourglass. It's an oil-blend serum that evens out pores, defends against environmental aggressors, and hydrates for a more luminous appearance (by the way, the 28 refers to the product's formula; there are 14 essential oils, 10 lipid-rich plant oils, and four vitamins to make up 28 key ingredients). 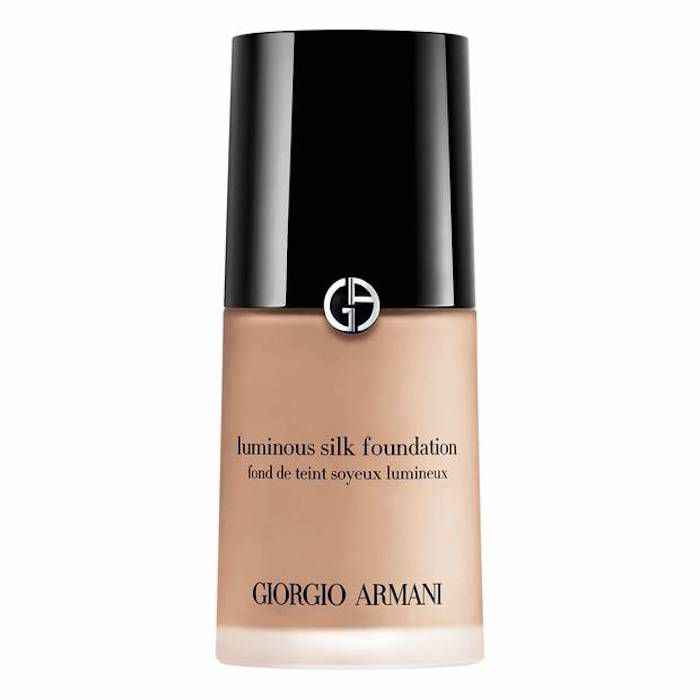 After the primer was applied, DeMilt would layer Giorgio Armani's Luminous Silk Foundation over the top. This is a cult-favorite beauty product. Makeup artists, celebrities, and beauty editors all love this formula for the natural-looking and radiant coverage it provides. "It just gave a really nice glow," DeMilt says. 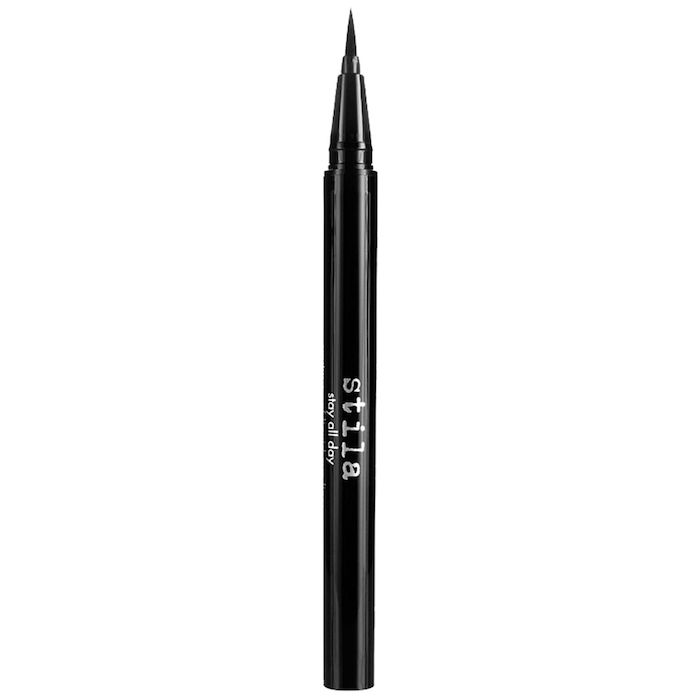 Then it was on to the lash line. As Cece, Simone's dark and dense lashes were accentuated with a black eyeliner, which was usually applied in a bold line from the inner corner to the outer corner of her eyes, sometimes with a very small and subtle feline flick. "I use this Stila Stay All Day black liquid liner because it’s one of the blackest ones that I’ve found and that wouldn’t move all day. I just feel like her lash line and her glowy skin was always—it was Cece." 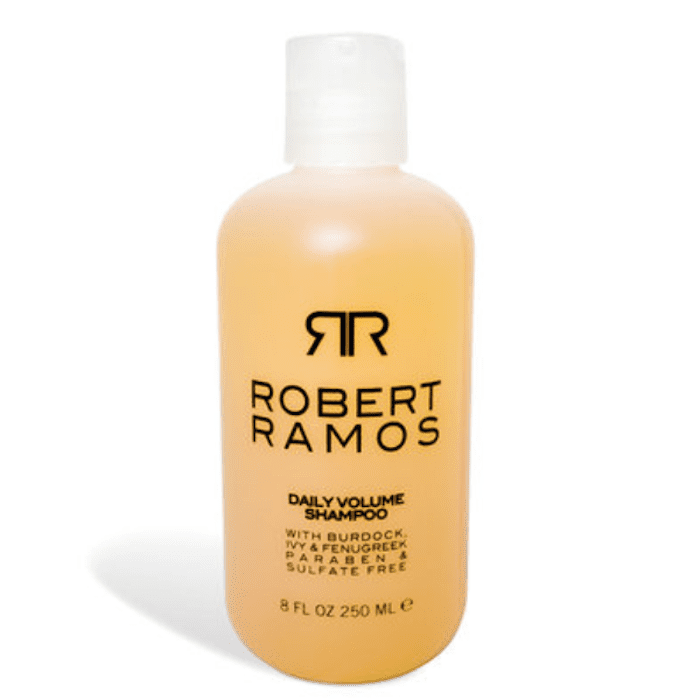 Celebrity hairstylist Robert Ramos is responsible for some of Simone's best hair looks. He says a good shampoo is "key" to achieving her super shiny and un-done waves, "which for her is switching out between the volume shampoo and a repair shampoo to protect it from heat-styling." Simone uses the volume shampoo from his namesake haircare brand. It's formulated with vitamin B5 for shine and strength (and no parabens and sulfates). 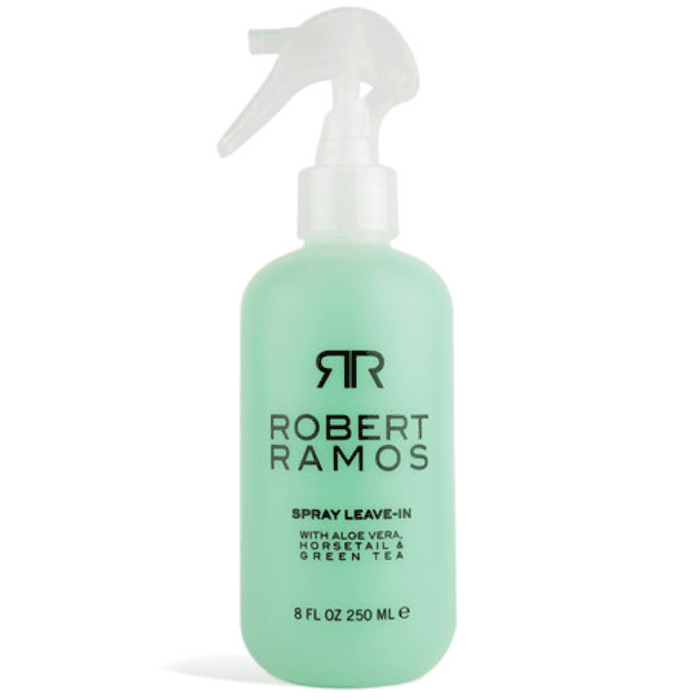 When Ramos styles Simone's hair, he also reaches for his namesake leave-in spray, which contains aloe vera, horsetail extract, and green tea, to protect the hair from the damage that can be accrued from heat-styling. He combines it with "a little drop" of his Argan Rescue Serum ($26). "Break it up and gently go over it—not to make her hair too greasy or separated—just to give it that sheen," he says.

As for heat-styling, opt for a blow dryer and a one and a half-inch curling iron. "The trick with blow drying, is to smooth it out, but you don’t want to tug on it too tight because then you take the body out," he says. "Using an inch and a half-barrel iron, give it a bend here and there so you just have that slight and very natural bend. It’s not beach waves or anything like that. It’s a lived-in 'I had my hair up in a knot and it fell irregularly down.' It was imperfectly-perfect."

There you have it. Those are all the tricks and product tips you need to achieve Hannah Simone's (and Cece's) polished beauty look, as told by her makeup artist and hairstylist.

Next, check out everything you've ever wanted to know (or didn't know you did) about spray tans.